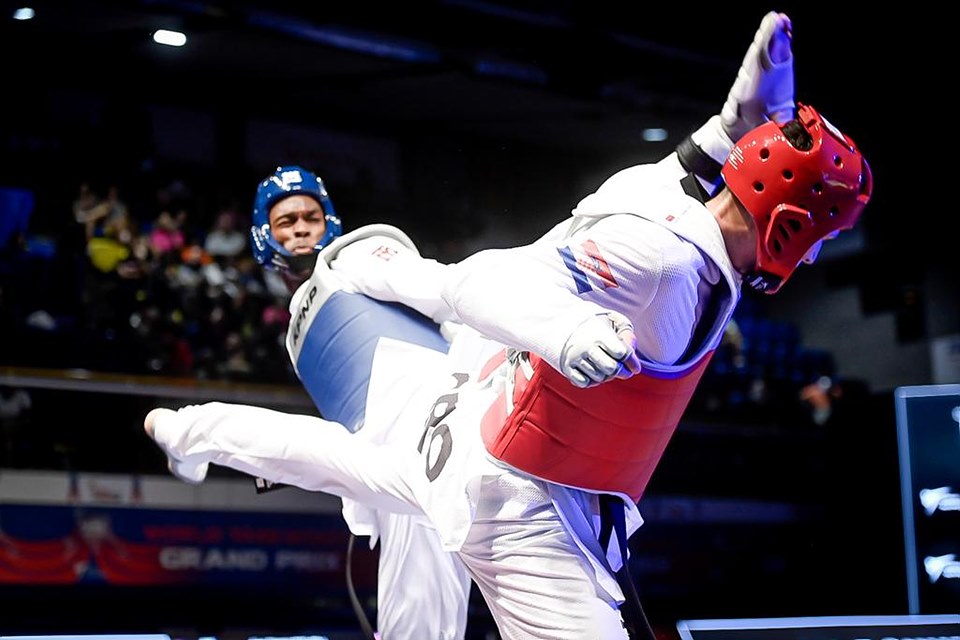 Before the finals got underway, World Taekwondo President Chungwon Choue who delivered a short message to mark ‘Taekwondo Day’.

“We are really happy to be here and, of course, we will be back next year. And two years from now we will have an Olympic and Paralympic Games in Paris. We are going to deliver one of the best Olympic Taekwondo competition to the world.” 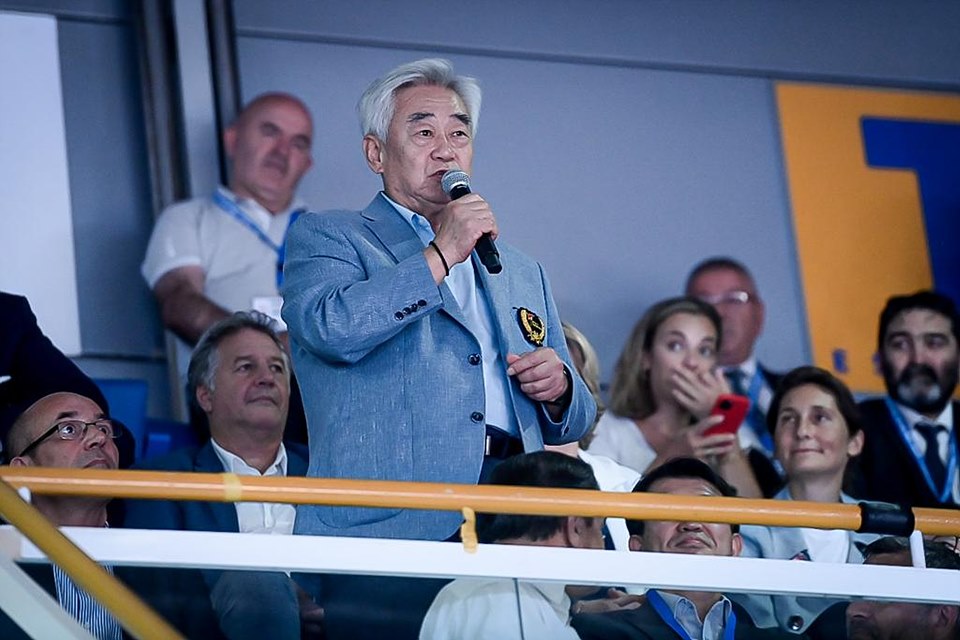 In the women’s +67kg final, Olympic silver medallist Dabin Lee of Korea took on France’s Althea Laurin. Laurin was on the hunt for France’s second gold medal of its home Grand Prix, while Dabin Lee was looking to win her fourth Grand Prix title.

Lee opened the scoring in round one with a body kick. The two athletes then traded kicks to make the score 4-2 in Lee’s favour before Laurin forced the Korean into two Gam-jeoms to level the score at 4-4. Unshaken, Lee connected with a front leg head kick to retake the lead with a score of 7-4, but a Gam-jeom and the Frenchwoman landing a kick to the torso would again level the scores to finish the round 7-7. By virtue of having more hits on the board, it was Lee who took round one.

Energised by the roar of the home crowd, Laurin put on a show to take round two 4-3 and grab the momentum heading into a third and final round. The Korean got the scoreboard ticking with two consecutive kicks to the body before conceding a Gam-jeom to make the score 4-1. Once again, Lee struck with a body kick to take her lead to 6-1. However, few were prepared for the spectacular turning kick to the head that Lee was about to produce. Confirmed by a video review, Lee’s lead stretched to 11-2. Laurin fought ferociously to try and claw back some points but it was too little too late as Lee claimed gold with a 15-5 round three win.

In the first semi-final, Laurin had to overcome a very strong Gabriele Siqueira of Brazil who had knocked out the top seed, Great Britain’s Bianca Walkden, in the earlier rounds.

Laurin would get the scoring started with a kick to the body. Siqueira soon returned the favour to level the scores but it did not take long for Laurin to connect with another kick to the torso protector and then a head kick to close out round one 7-2. The Brazilian would fight back to take round two 6-8. The deciding round was just as intense as the first two, but it would be France’s Laurin who would come out on top 10-2 to secure her place in her first-ever Grand Prix final.

In the second semi-final, Lee had taken on Turkiye's Nafia Kus to earn her place in the final.

Lee opened the scoring in round one with a torso kick to the inside before the two athletes traded punches to make the score 3-1. In the final few seconds, Kus landed a kick to the body to tie the scores and win the round based on hits. Lee fought back to take the second round 6-0, a score which included an incredible head kick. In a low-scoring third round the first points did not come until the last ten seconds with both athletes trading torso kicks. Tied 2-2 and tied in hits, the victory went to Lee due to winning in other deciding criteria.

Cuba’s Rafael Alba, a two-time World Champion and Tokyo 2020 bronze medallist, would take on Ivan Sapina of Croatia in the men’s +80kg final. Alba’s class and experience was too much for Sapina in round one, with two forced Gam-jeoms and a front leg body kick by the Cuban giving him round one at 4-0.

Not willing to go down without a fight, Sapina put his all into round two. The two athletes traded kicks to the body to tie 2-2. Alba would take the lead for a short while by virtue of a Gam-jeom, but Sapina connected with a head kick in the final seconds to take the round 4-5 despite giving away a Gam-jeom. In the third, deciding round, Alba came out firing and landed a head kick and forced three Gam-jeoms to take a 6-0 lead. Sapina connected with a punch in the final seconds but it was not enough to close the gap, giving Alba the well-deserved gold medal.

In the first of the semi-finals, Alba had to take on Côte d'Ivoire legend Cheick Sallah Cisse. From the very first second of round one, both Cisse and Alba were on the attack. It was the Cuban who opened the scoring with a kick to the torso protector, but Cisse would soon return the favour to level the score. The Ivorian looked to close out round one after forcing a Gam-jeom, but it was Alba who took the round with a body kick 4-3. There second round was even more fierce than the first, but it ended prematurely after Cisse conceded five Gam-jeoms and Alba was declared the winner.

Meanwhile, the second semi-final was a blocking masterclass between Sapina and Ivan Garcia Martinez of Spain. Sapina took the first round 3-2 after a video review confirmed his right leg kick to the back of the head. In round two, Garcia Martinez put the first points on the board with a body kick. Sapina connected with a punch later in the round but was not able to take the lead. In the deciding round, the Spaniard led 3-0 but Sapina managed to claw two points back with a kick to the body before stealing the lead in the final seconds with another body kick, seeing him through to the final.

It was a fitting end to the French capital’s first Grand Prix with the athletes showcasing the very best of the sport to demonstrate the intensity and skill that will be on show when the Olympic Games come to Paris in 2024.

While this year’s Grand Prix in Paris may have finished, there is not long to wait for the next Grand Prix which will take place in Manchester, Great Britain from 21 to 23 October 2022. 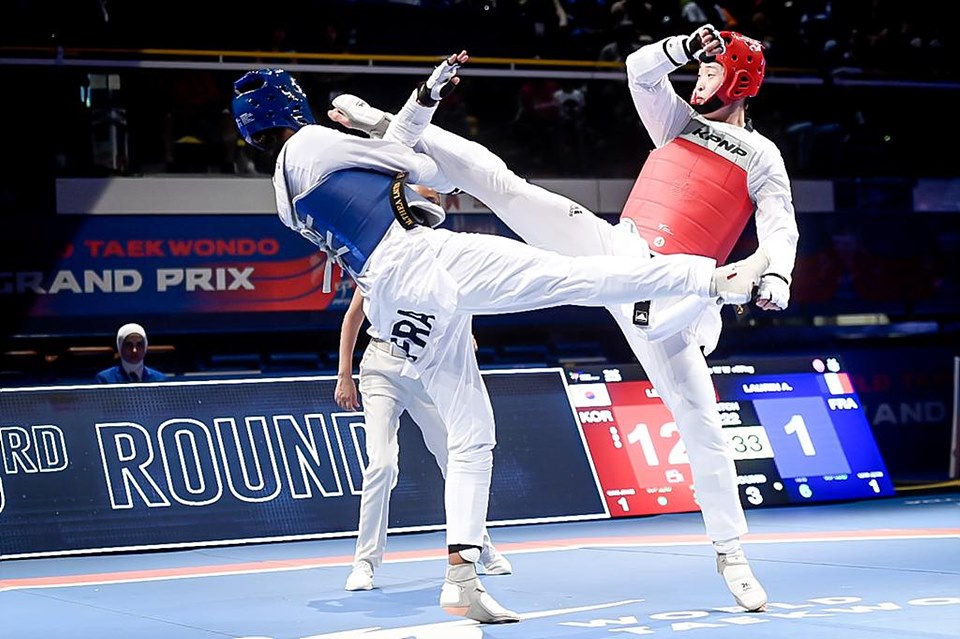 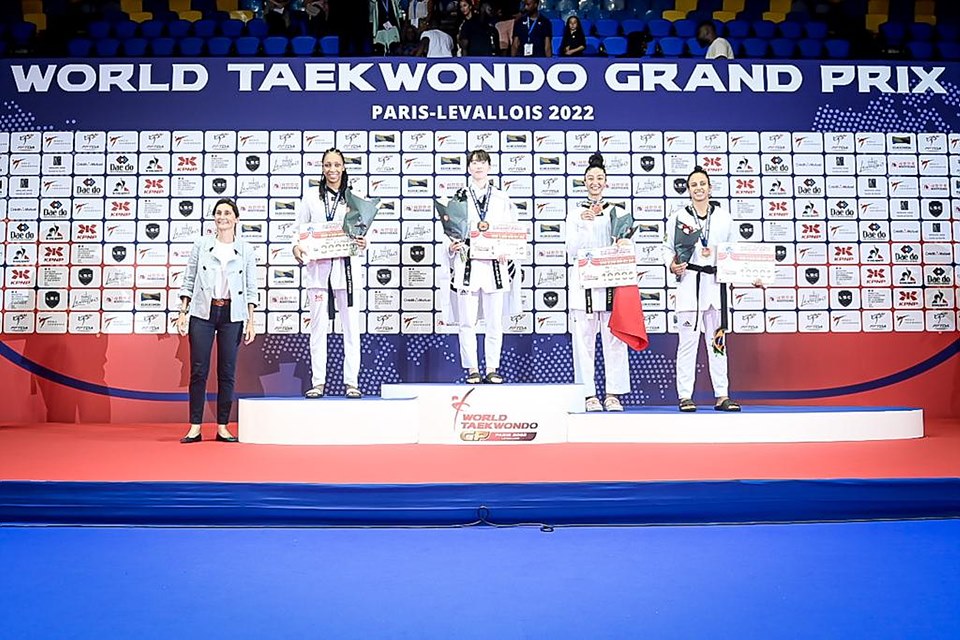 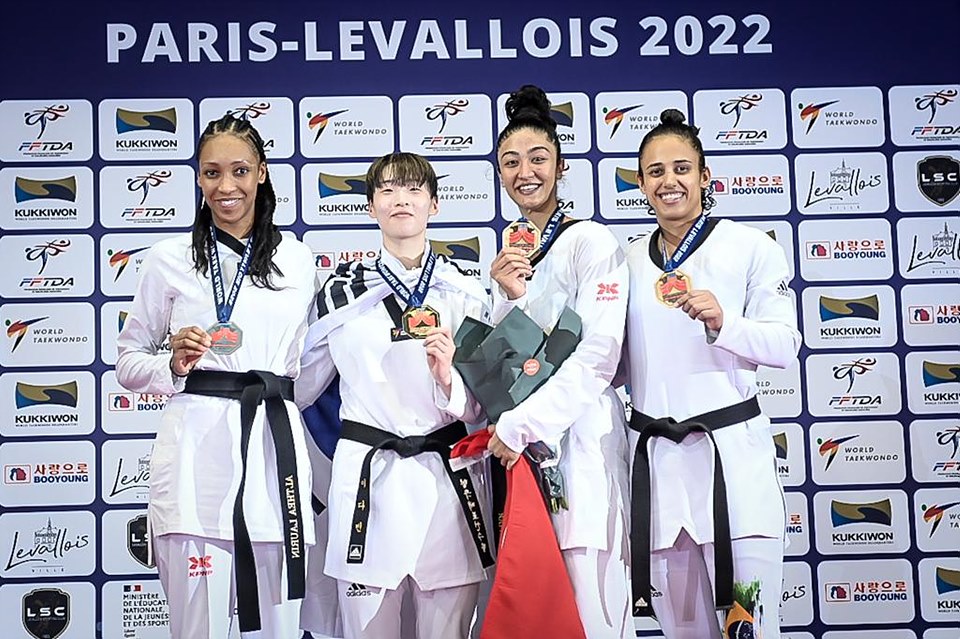 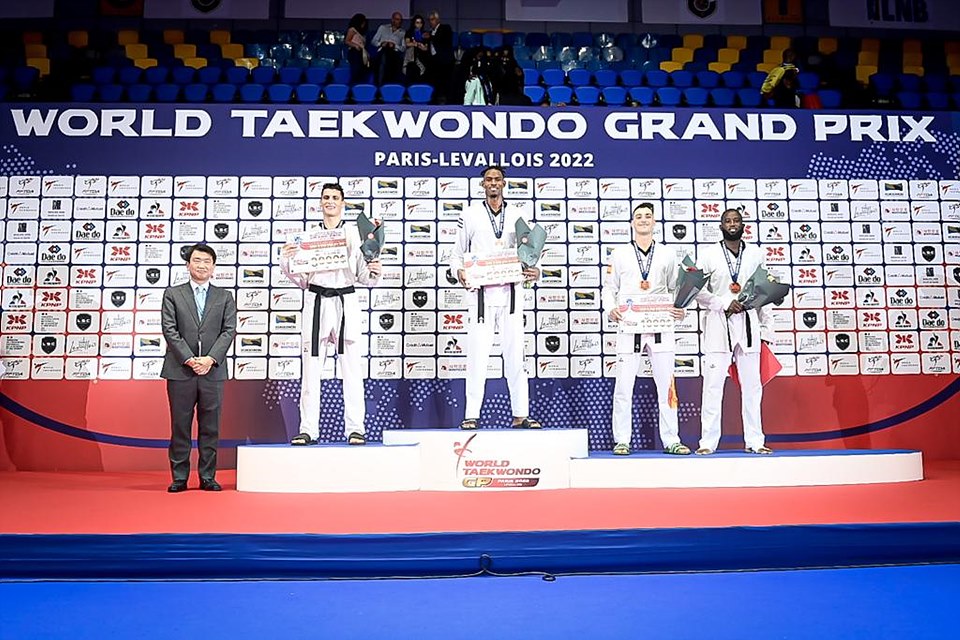 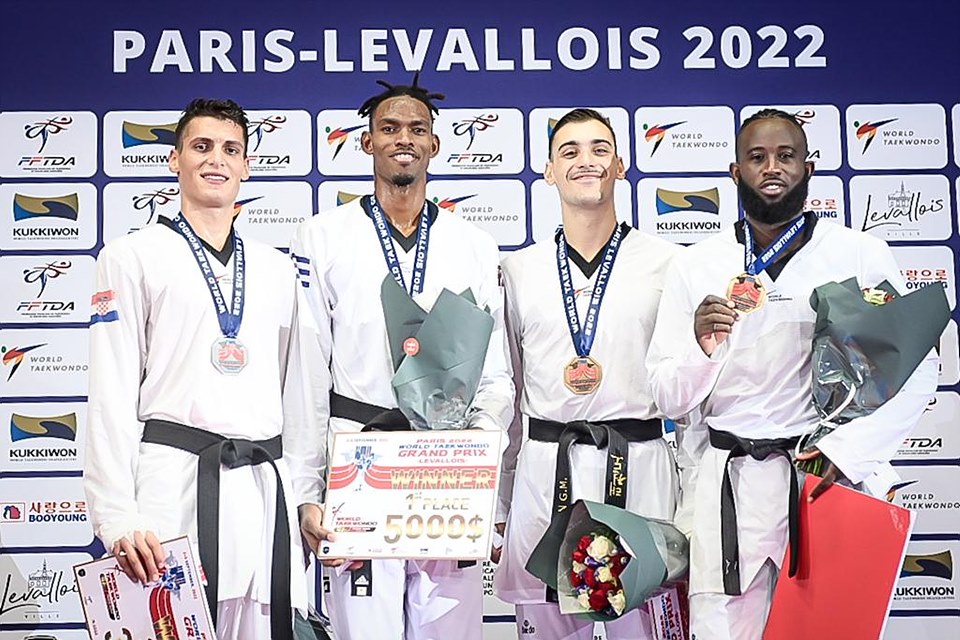