From Olympic glory to the commentary booth, Serbian legend Milica Mandić on life after gold 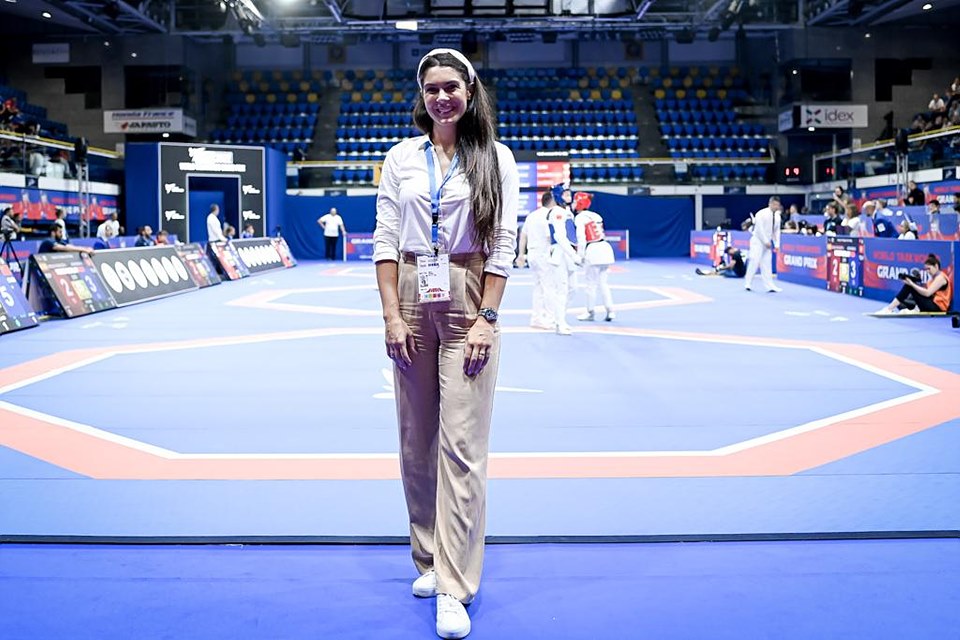 PARIS, France (Sep 2, 2022) – Serbian Taekwondo legend Milica Mandić (now with the surname Djuricic after getting married last year) left the sport she had devoted 20 years of her life to on the ultimate high - Olympic gold. Yet the Tokyo 2020 Olympic Games was a bittersweet moment as she waved goodbye to the sport that she loved and embarked on a mission to find her next calling.

“Tokyo 2020 was my last competition with my coach and my teammates. It was really emotional for me. But for the first time in my life, I found my true power inside just to go step by step to believe in everything I had done for the last 20 years,” she said.

“I never thought I would end my career like this. It was amazing really, in Tokyo and after Tokyo.”

Milica’s second Olympic gold medal was just as coveted as her first at London 2012 - which also happens to be Serbia’s first Olympic gold as an independent nation - and her Taekwondo heroics have led to the sport skyrocketing in popularity in Serbia over the past 10 years.

“Before London 2012, nobody knew about Taekwondo. Nobody knew the rules. But after my first gold they knew everything about it!

“And this was a goal for me and my coach, to show everyone in Serbia that Taekwondo is a nice sport that builds good character, a good fitness level and is for everyone from the professional to recreational levels.”

But it wasn’t only the sport’s popularity that changed in the nine years between London 2012 and Tokyo 2020. Milica had gone from the first ever Serbian to qualify for Taekwondo at the Olympic Games to a seasoned pro.

She describes herself as a soldier during London 2012 and notes how her coaches unwavering belief in her ability to win was a key driving force. Tokyo was certainly a little different.

“At Tokyo I was almost 30, and you have other aspects of your life: my private life, my family and it's a lot different. But when I went to final in Tokyo, I said to myself, OK, I’ve been here before and it is the same. I really felt that was my strength and I felt a lot more relaxed the second time.”

Milica knew that post-Tokyo 2020 was the right time to step away from the sport, but this didn’t make filling the hole that it left in her life any easier.

“Honestly, when you’re at the top of professional sports it’s like some kind of addiction to the highs of winning and the adrenaline. Going from Tokyo to a straight line zero was especially hard. Yes, you can focus more on your private life and family which is amazing, but you still miss that feeling.

“It's not easy for an athlete really and for me, I never cared about money for motivation. For me, passion and love for everything I do is the most important thing.”

So when the opportunity came calling to commentate on the Paris 2022 World Taekwondo Grand Prix, Milica was ready.

“I gave a lot of interviews as an athlete but to now be on the other side of the camera as their friend is different. But I like it really, I just love being around the athletes. For me, this is a healthy community. We are all one family and this is best for me.”

In fact, during the Paris 2022 World Taekwondo Grand Prix, Milica had a moment to catch up with her competitor for gold at London 2012, Anne-Caroline Graffe of France. Coincidentally, Anne-Caroline also became a Taekwondo commentator for French TV after retiring from the sport.

When talking about her future goals, Milica explains that she’s here to learn and is very excited to commentate on the first Grand Prix in Paris.

“I want to start by learning from the best. I think I would love to continue working in this field with all the athletes to collect knowledge and experience from the other end. I always enjoyed watching everyone in training and competition, I can really empathise with their struggle and how they are feeling.”