Silver medals were shared between Korea, Jordan and Norway, while the bronze medals were split between Mexico, Belgium, Great Britain, France, Tunisia and the USA.

In the women’s -67kg, Korea’s Min-Seo Nam and Cote D’Ivoire’s Ruth Gbagbi, a two-time Olympic bronze medallist and World Champion, met in the final. As a relatively new face on the senior Taekwondo circuit, Min-Seo Nam had everything to gain from her first appearance in a Grand Prix final.

The Korean took the lead in the first round, climbing to 5-0 points with a kick to the body, a punch and another kick to the body. However, the highly-experienced Gbagbi is never one to be counted out of a fight, and she landed a turning kick to Nam’s trunk protector and forced a Gam-jeom to level the scores in the final seconds of the round. By virtue of her turning kick, Gbagbi took round one.

In round two, Gbagbi had the measure of her opponent and opened the scoring with two torso kicks. Nam fought back with a punch and Gbagbi conceded a Gam-jeom to bring the score to 4-2 before Gbagbi landed two consecutive kicks to the body to close out the final 8-2 and win gold.

In the semi-final Nam faced Leslie Soltero of Mexico. It was a slow start to the first round before Soltero landed two kicks to the body. However, Nam would respond with a punch and head kick to level the scores before both players conceded a Gam-jeom. Nam took round one thanks to having more hits, and she would use this momentum to also win round two and move through to the final.

In the second semi-final Gbagbi used all of her experience to overcome Belgium’s Sarah Chaari, a world and European junior champion. Gbagbi took round one 4-0 with two kicks to the body, but the Belgium battler fought back to take round two with a score of 3-1. It took over a minute for the scoreboard to start ticking in the third and final round, with Gbagbi breaking the deadlock with a torso kick and writing her name into the gold-medal match line-up.

Spain’s Javier Perez Polo and Zaid Kareem of Jordan, who had not dropped a round during the prior rounds, clashed in the men’s -68kg final. It was a flawless first round from the Spaniard who took an early lead with a kick to the body. He followed this up with two more kicks to the torso protector during the round and forced his opponent into a Gam-jeom to win 7-0.

Perez Polo began round two in similar fashion, landing a kick to the head followed by a body kick to go up 5-0. Kareem fought back valiantly, forcing the Spaniard into a Gam-jeom before unfortunately conceding a Gam-jeom of his own to make the score 6-1. The two athletes then traded kicks to the body and Gam-jeoms for a final 9-4 score line which secured Perez Polo his first-ever World Taekwondo Grand Prix gold medal.

Meanwhile, the first semi-final saw Tokyo 2020 silver medallist Bradly Sinden of Great Britain fall to Zaid Kareem who took round one with a punch and Gam-jeom. Round two saw Sinden leading 6-4 until the Kareem landed a spectacular torso kick in the final seconds to earn his place in a Grand Prix for the first time in his career.

In the second semi-final, Perez Polo used his experience to overcome France’s Theo Lucien. The Spaniard took round one 3-1 with a confident display, but the Frenchman looked to channel the energy of the crowd in round 2. The Frenchman got the scoring underway with a head kick, but was forced into a Gam-jeom and took a kick to the body and the score was level at 3-3. An exchange of kicks saw the score move to 7-5 in Perez Polo’s favour and a Gam-jeom took the final score to 8-5.

It was an aggressive start by Alessio who took the lead with a head kick. He then forced the Norwegian into two Gam-jeom’s before conceding one of his own to move the points to 5-1. Another kick to the head by the Italian would tie up the first round for Alessio 8-1.

Ordemann refused to go down without a fight, landing a kick to the head and forcing two Gam-jeoms while only conceding one to take the second round 1-5 and force a deciding round.

A Gam-jeom by Ordemann gave Alessio the initial lead of 1-0 which the Norwegian tried to take by an attempted head shot which was not given after a review. Later in the round it seemed as if Ordemann had forced a Gam-jeom but this was also challenged and wiped off the scoreboard. In a twist of fate, a Gam-jeom then went in the Italian’s favour, and it was enough to see him through to the gold medal with a 2-0 victory.

Ordemann had reached the final by beating Tunisia’s Firas Katousi in the first semi-final which was a match-up of two of the tallest fighters in the competition. A low-scoring round one was won 0-2 by Katousi who landed a kick to the body in the final 30 seconds.

In round two, both players fired kicks with neither athlete managing to find a way through. The round ended with a 0-0 tie but the Norwegian forced a deciding round by having the most hits. Katousi led for most of the third round with an impressive display of skill, but Ordemann connected on a last-second head kick to clinch the win 5-4.

Tomorrow will be the final day of Paris 2022 World Taekwondo Grand Prix with competitors going head-to-head in the women’s +67kg and men’s +80kg. 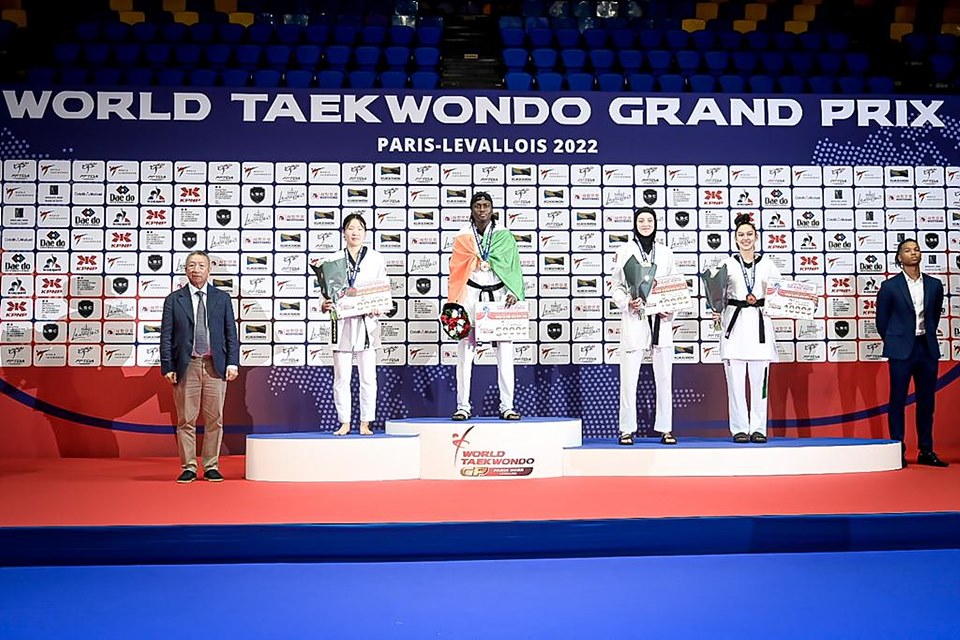 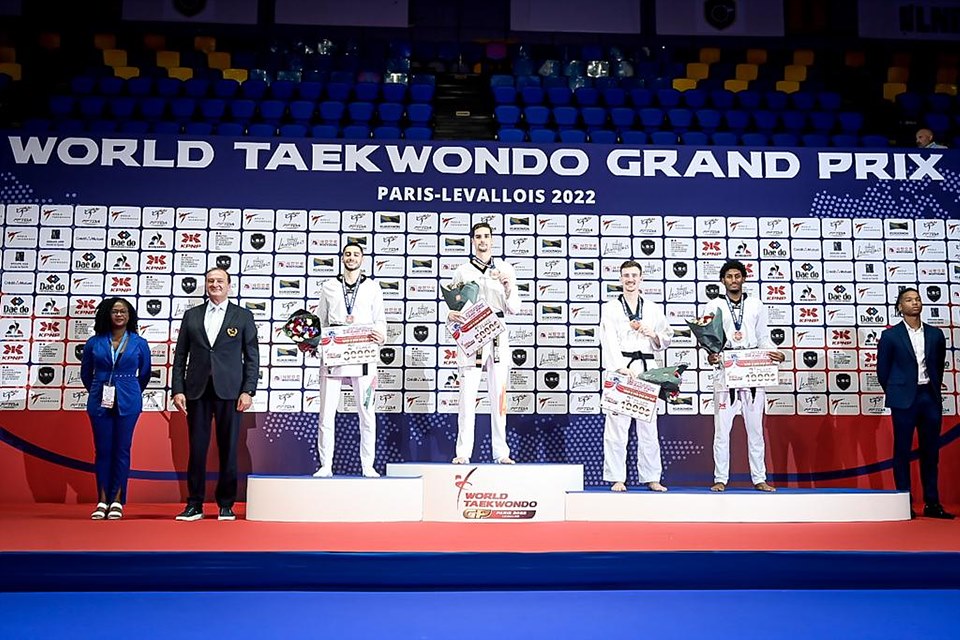 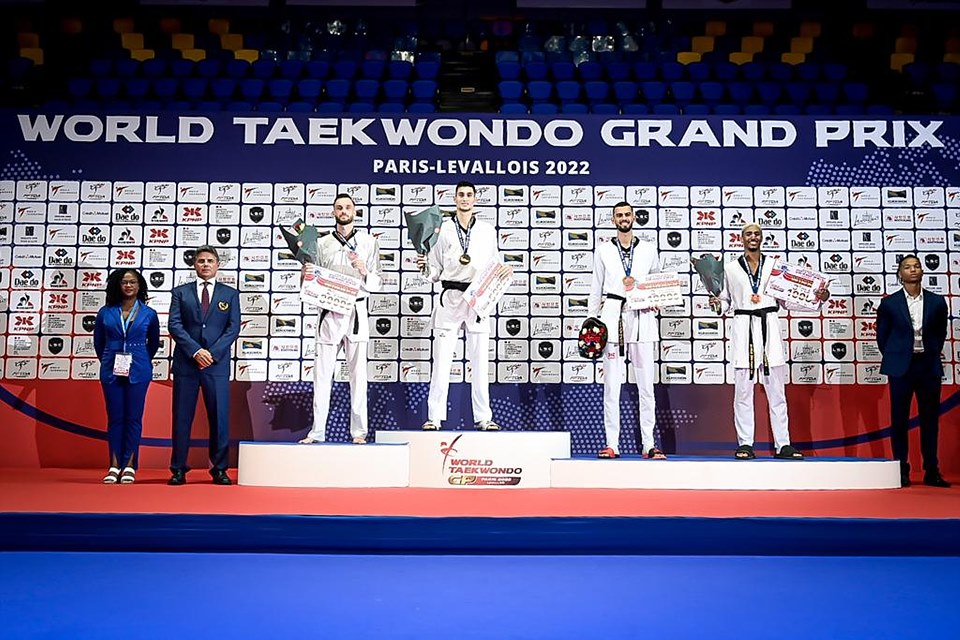 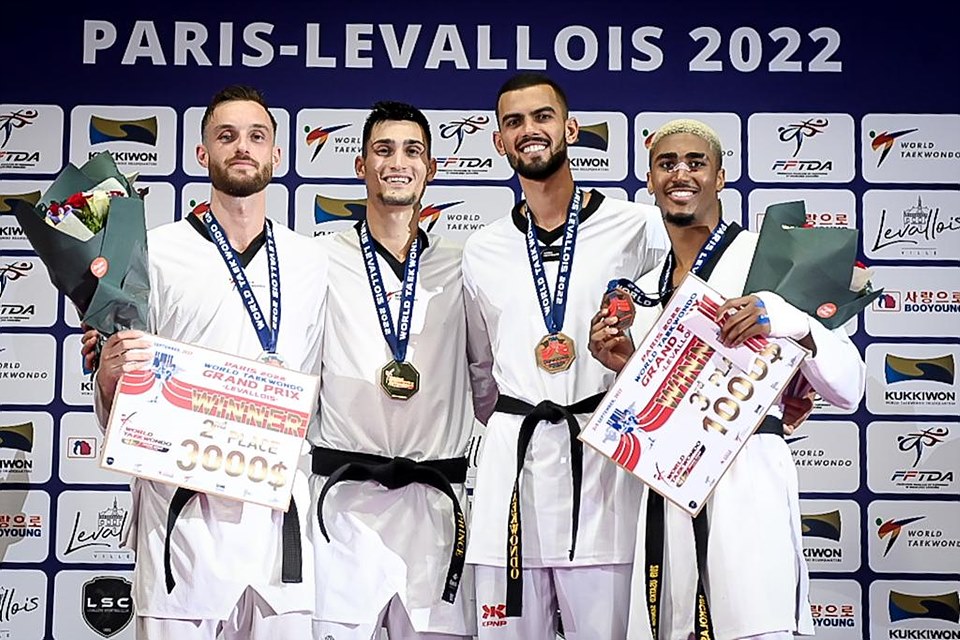 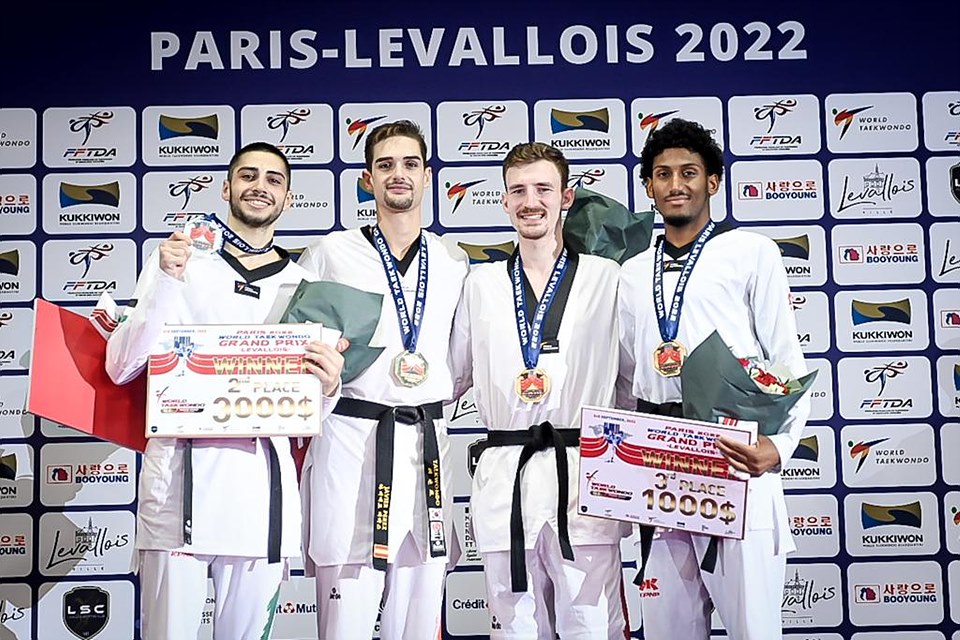 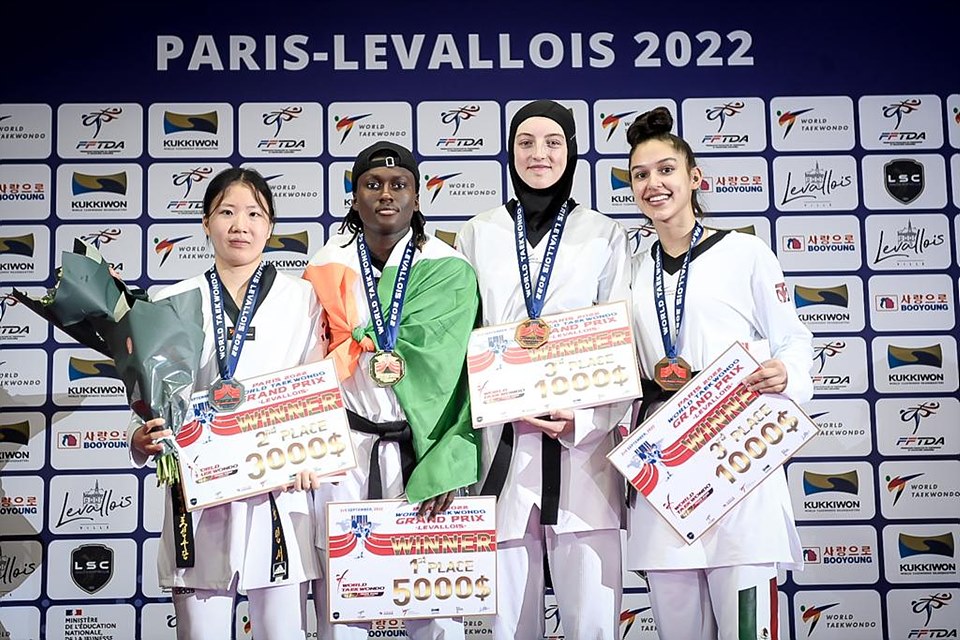