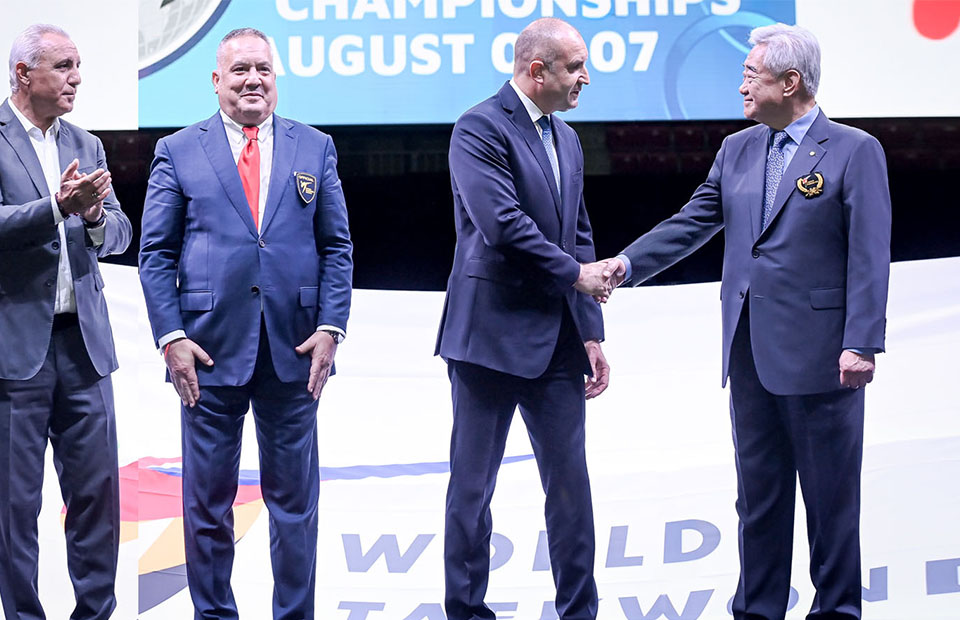 The semi-finals and finals of the W-42kg, M-45kg and W-44kg followed the opening ceremony and saw gold medals go to Iran, Korea and Thailand.

“It is my great pleasure and honour to welcome you with the opening of the World Taekwondo Junior Championships. For centuries, ancient combat sports developed perfection of the physique and character; provided education in discipline and responsibility; and promoted respect not only for the partner, but also for the opponent.

That is why even today Taekwondo is one of the most popular sports, but not only that, Taekwondo is a symbol of peace and good neighbourliness.

“To you, dear competitors, I wish you good health and many sporting successes. Be an example of the principles of fair play and values in physical education and sports.”

“Cadets and Juniors are the foundation of Taekwondo. At the Olympic Games last year, 17 out of the 32 medals were won by athletes who had medalled at the Youth Olympic Games or at the World Taekwondo Cadet and Junior championships. This means that many of you here today will have the opportunity to become World and Olympic champions. Taekwondo is your pathway to fulfilling your dreams! Therefore, I wish all of you the very best in Sofia and look forward to seeing you become the next stars of Taekwondo.”

In the first of the night’s finals, Iran’s Sogand Shiri faced Hayrunnisa Gurbuz of Türkiye. It was an exceptionally tight match with the first round ending 7-7 but Shiri was awarded the round due to the manner of the points she landed. In the second round, little could separate the two with the score tied at 11-11 with just 45 seconds remaining. However, Shiri proved too strong and won the round and the match.

the second final it was the turn of Yeonui Choo from Korea and Yi-chi Li of Chinese Taipei in the M-45kg. Choo narrowly overcame Li in the first round with a score of 9-8. With just 15 seconds to go in the second round the scores were all even. Both fighters recognised the round was there for the taking and upped their intensity but it was Choo who was more accurate in landing his kicks and he won the round 9-6 to take gold.

The last final of the night followed the two that preceded it in the first round as the score was very close with Iran’s Parnia Salmani narrowly beating Natkamon Wassana from Thailand 4-3. However, the second round was a completely different story as Wassana won 12-0. In the final round Wassana picked up from where she left off and took an early and commanding lead. Salmani fought back valiantly in the last 30 seconds but Wassana was too strong and won the round 15-8.

More than 1,250 athletes from 90 countries plus a refugee team will compete in Sofia during the World Championships which continue tomorrow. 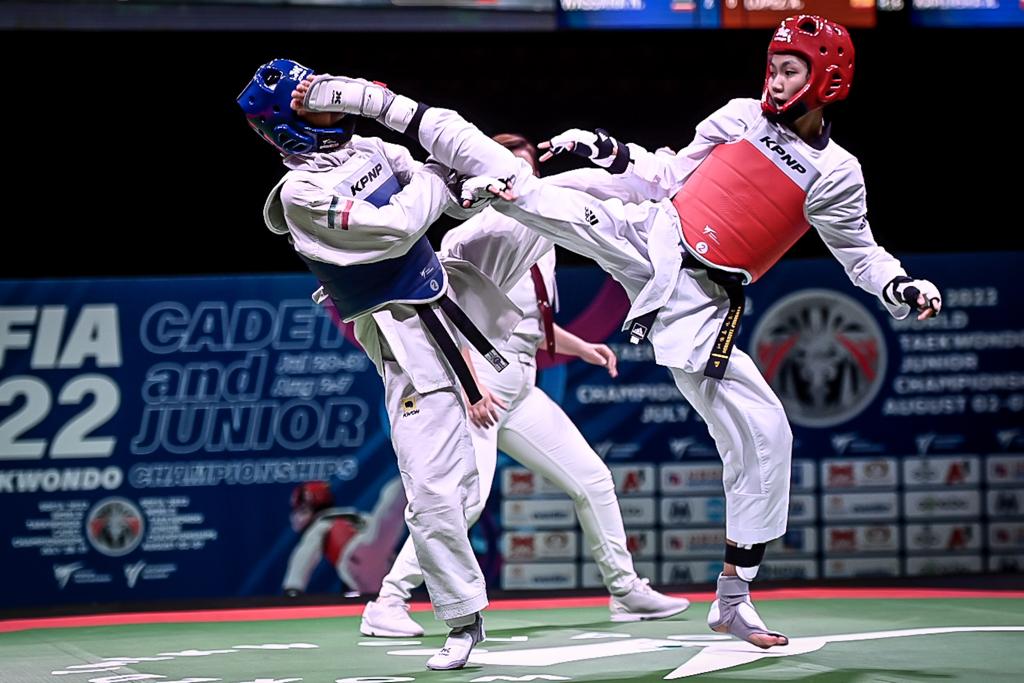 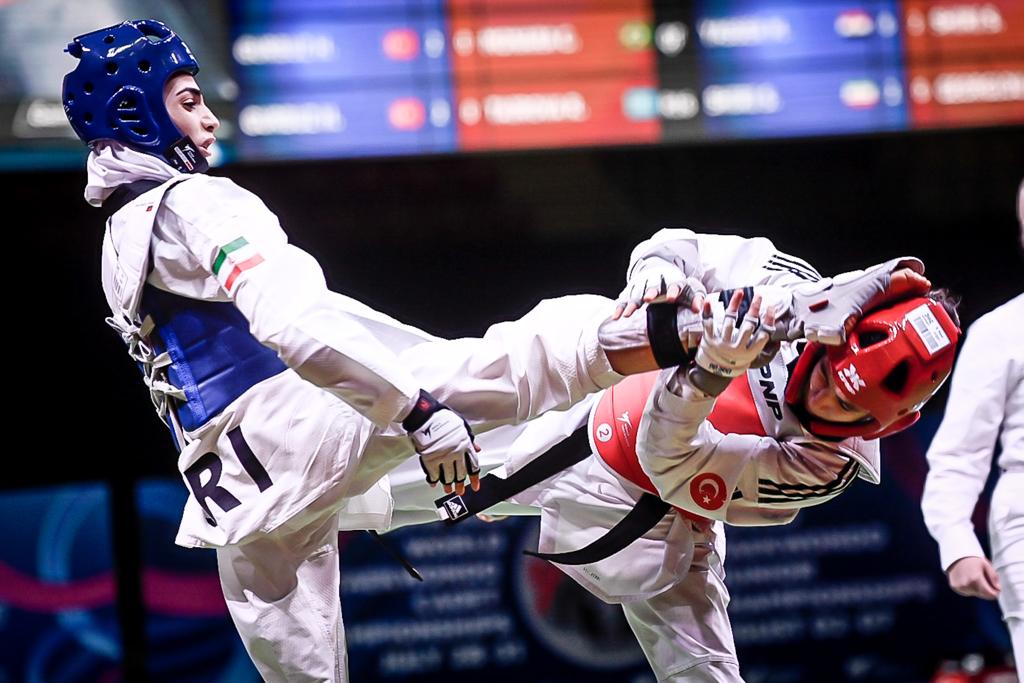 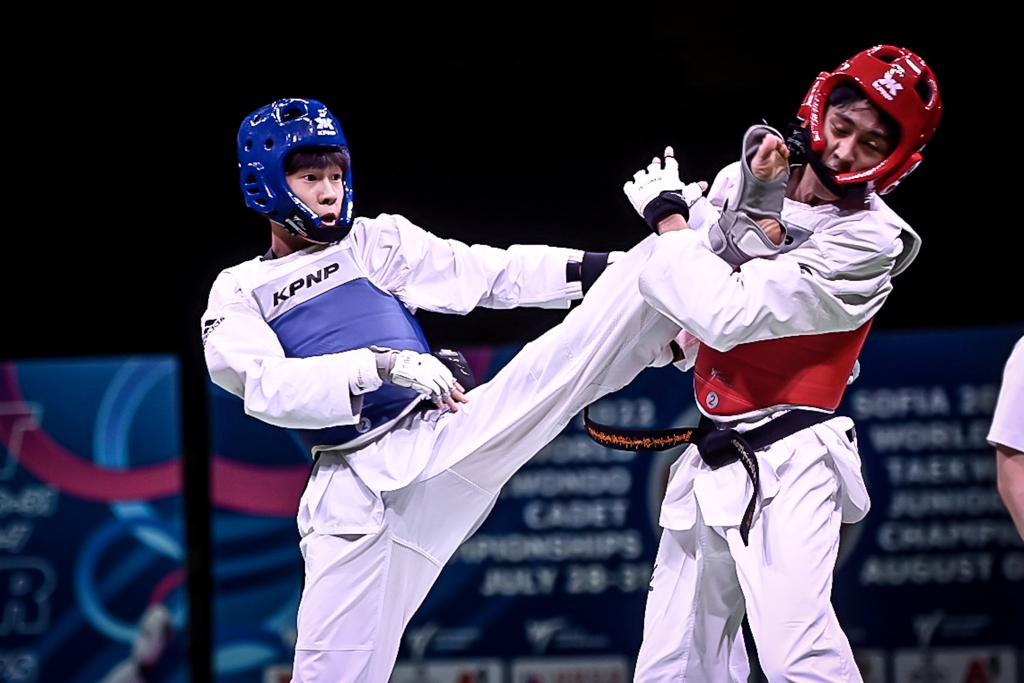 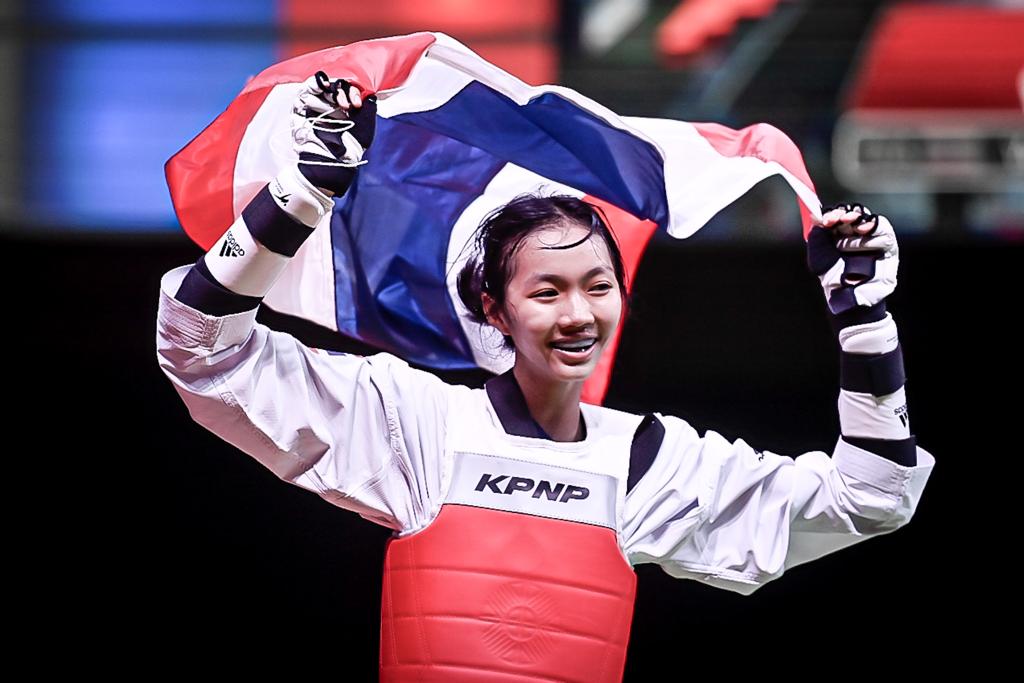 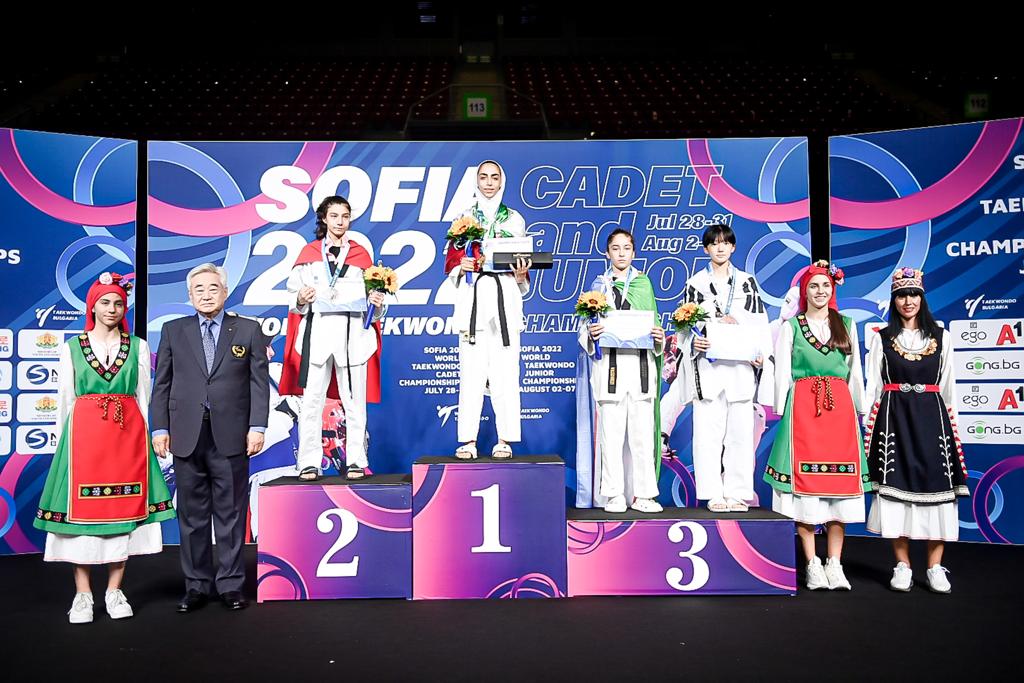 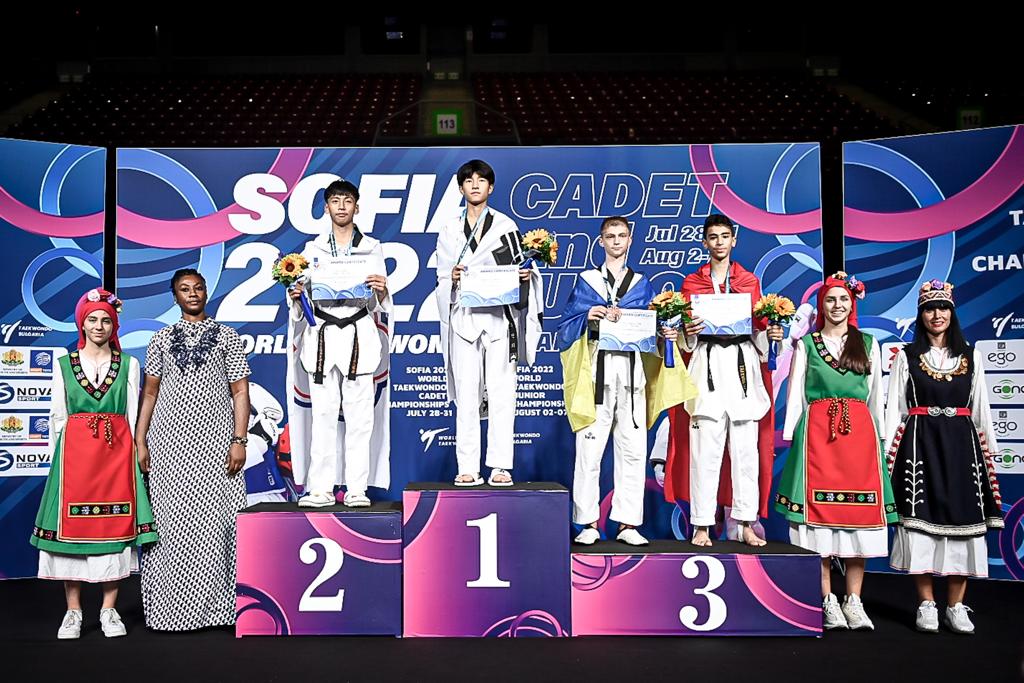 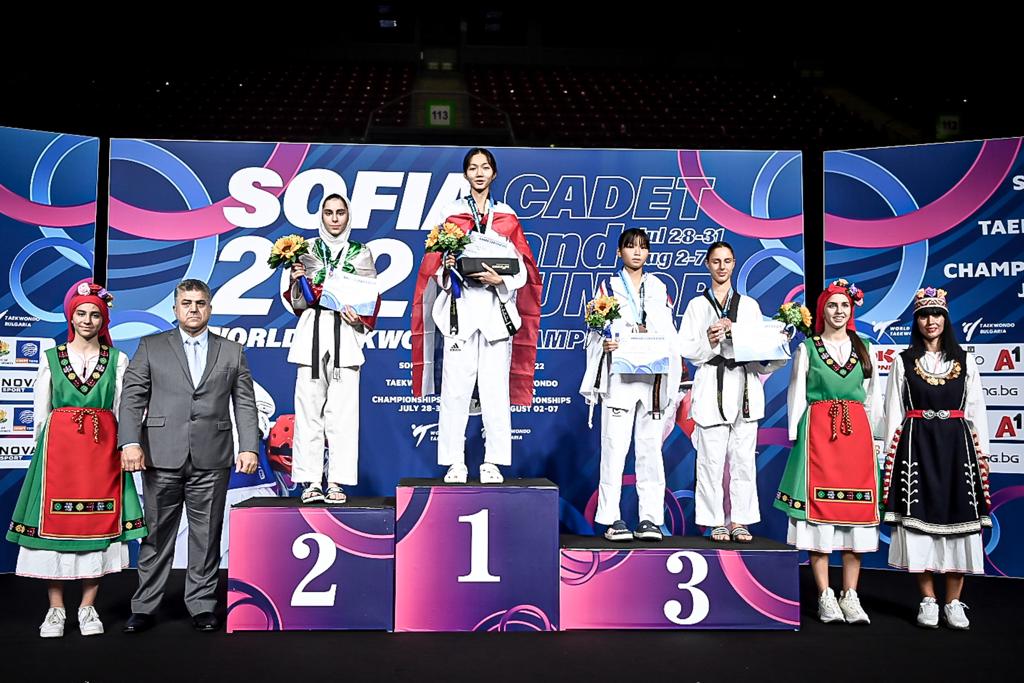