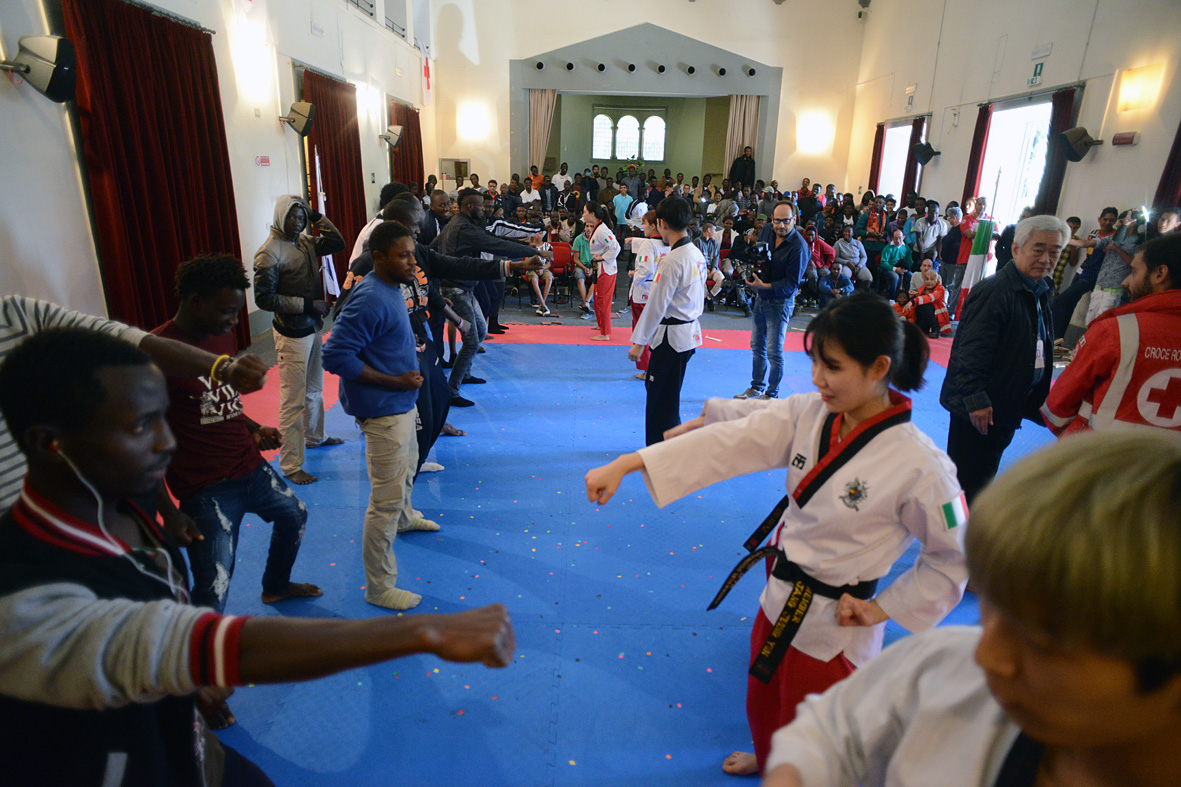 Refugees applauded wildly and took photos with the demo team members after the performance. The team also offered the refugees a free taekwondo class.

“Many African nations won medals in the recent Rio 2016 Summer Olympics,” said WTF President Chungwon Choue in a short speech of encouragement to the refugees who attended. “Going forward, the WTF aims to provide refugee athletes with the chance to compete in major championships,” he added.

The team is currently on a tour of Italy. On Oct. 5, on the occasion of the first-ever Global Conference on Faith and Sport, they had performed in front of Pope Francis at the Vatican.

Following the formation of the associated Taekwondo Humanitarian Foundation (THF) in April of this year, the new body and the WTF have been focused on assistance to refugees, empowering them with the sport and martial art of taekwondo.

The THF and WTF are currently sponsoring a taekwondo facility and classes at a camp for Syrian refugees in Jordan, and will kick off full-scale fund-raising activities for the foundation at the upcoming World Junior Championships in Burnaby, Canada, this November.