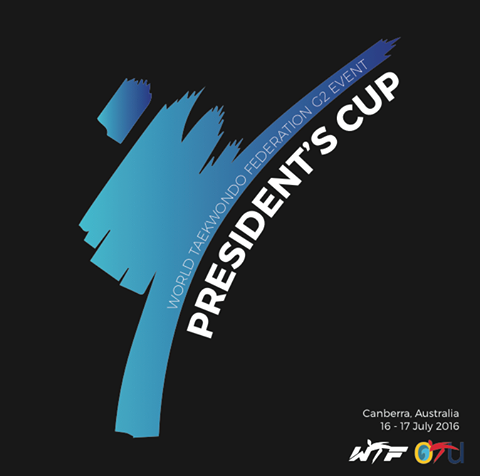 (July 15, 2016) - Around 300 male and female athletes assembled in Canberra today for the official weigh-in ahead of the first ever WTF President’s Cup in the Oceania region as the WTF continues to expand its portfolio of world-class taekwondo tournaments around the world.

The tournament will operate a single elimination system according to WTF rules, with individual matches consisting of three, two minutes rounds with a one minute break between each round.

“We are delighted that Australia is hosting the first ever WTF President’s Cup in the Oceania region this weekend. The WTF President’s Cup is a very popular event with fans and spectators as it brings together cadet, junior and senior athletes at one event, providing a completely unique sporting experience. There are few sports that are as accessible to people of all ages, genders and social backgrounds in the same way that taekwondo is.

“Taekwondo is truly a sport for all and it is this accessibility which ensures that the sport is practiced around the world. At the WTF we are committed to developing the sport around the world and ensuring that as many people as possible enjoy the benefits of taking part in the sport.”