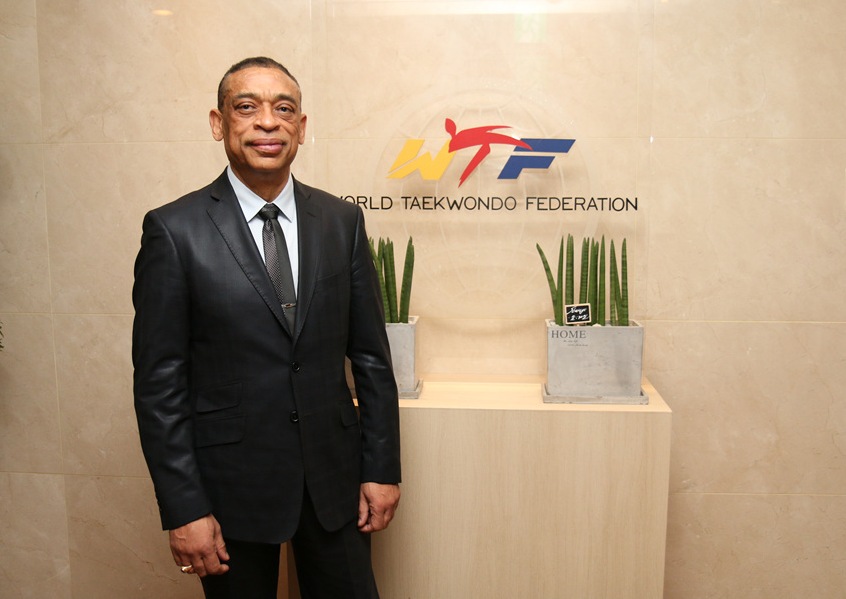 April 29, 2016 - French taekwondo is already on the sport’s cutting edge, with four athletes heading to the Rio Olympics in 2016.  Now, the Federation Francaise de Taekwondo ET Disciplines Associees is looking to the future and planning bold moves to take taekwondo in the nation to the next level.

The initiatives are the responsibility of the new federation president, Denis Odjo. Odjo, born in Paris but a resident of Grenoble, he became president of the Federation Francaise de Taekwondo ET Disciplines Associees on July 4, 2015, with confirmation of his position coming in January 2016. (Though Odjo’s position is a four-year one, he will face re-election after the 2016 Olympics - as per law for all French International Federations.)

“I have to do all I can to make our athletes ready for the Olympic Games, we need to take care of them specially,” he said. “We have a special program for them to go to some countries, and I have a special Olympic team and budget.” Any medal predictions? “I want the maximum - but especially gold!” he said. “We have never had any gold since Sydney, we have won medals each time - but no gold. This time, I want gold!”

Odjo has a range of tactical ideas that can be implemented at the grass-roots level. “Say you have a club and you have parents who take their kids to the club - why not have a practice for the parents?” he asked. “Then the parents don’t need to wait: We have to animate them! We can make ‘taekwondo dance,’ we can make ‘taiji taekwondo ‘– this all exists in taekwondo.”

Another task relates to the Kukkiwon and taekwondo grades. In France, the national government oversees diplomas and grades in all martial arts – judo, karate, etc - as well as taekwondo.

“In France you have a promotional test with the government - then you have the equivalency with the Kukkiwon,” he said. “if you have a first dan, you cannot be a second dan six months later: In France is it not possible.”