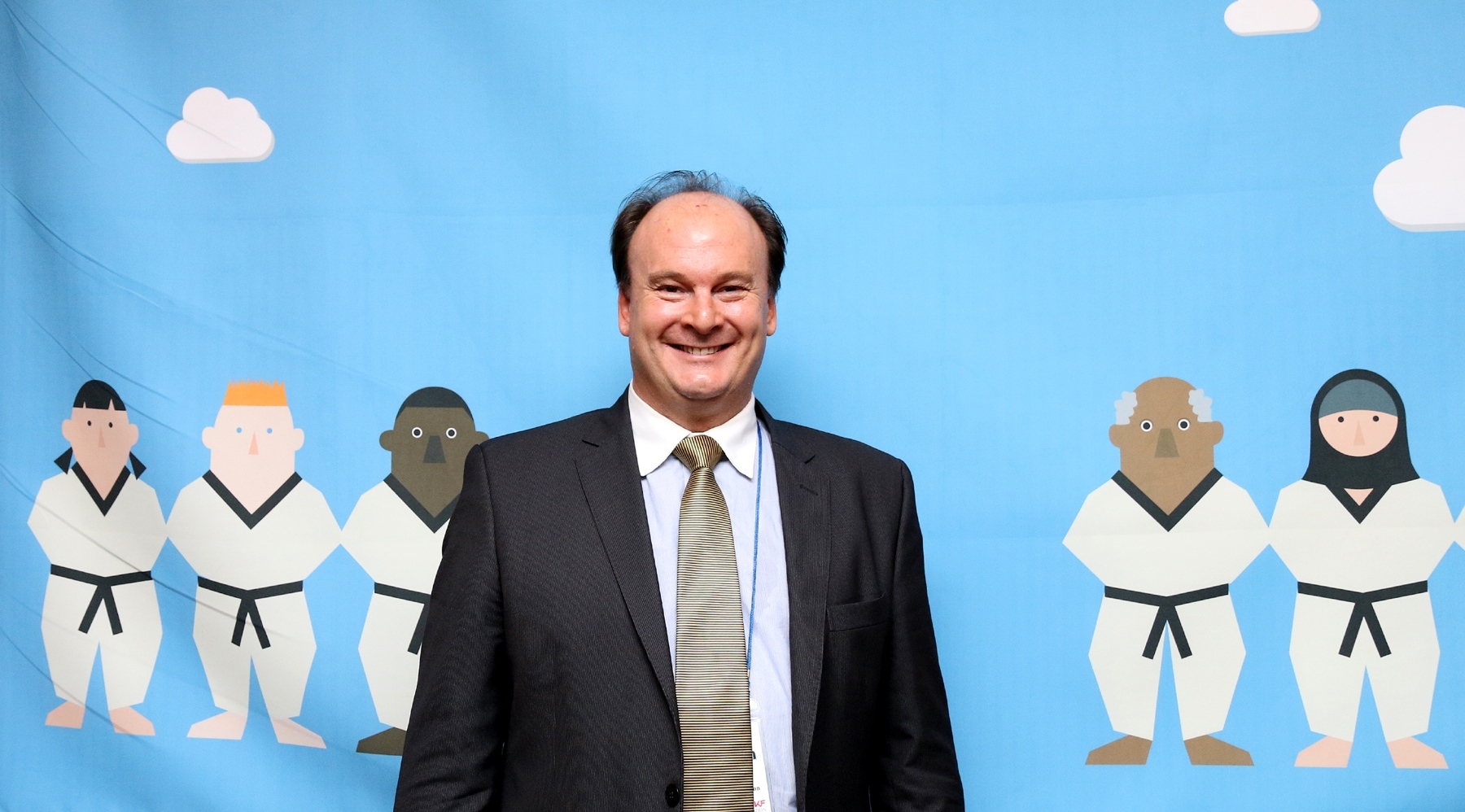 SEOUL, Korea (March 10, 2016) - The Argentinian football team is one of the most formidable on earth, one that has produced global superstars of the caliber of Lionel Messi and Diego Maradona.

“My mission is to make taekwondo the most important sport at a national level," said Ignacio Gontan, 46, a fifth-dan in taekwondo who is a banker by profession who has been, since October 2015, the president of the Confederacion Argentina de Taekwondo. “My plan is to develop and work as we have been doing -with marketing communications: Argentina is really broadcasting live taekwondo competitions and that is a really strong way to get the word out.”

“My executive board has, for four years, reached a lot of places that a lot of sports have not reached in Argentina,” Gontan said. “A lot of the poorer places, a lot of hard places; helping people - homeless people - get off the streets and off drugs.”

Politically, Argentina is divided into 24 provinces. In 2011, taekwondo only reached 15 of those provinces; now it is represented in 22, with a population of 250,000 practitioners - partly thanks to more stable finances in the confederation. “It has really developed,” Gontan said. “We have succeeded in getting a stable financial status - I am a banker! It is easier for me than for others.”