Taekwondo Humanitarian Foundation continues to draw support from around the world 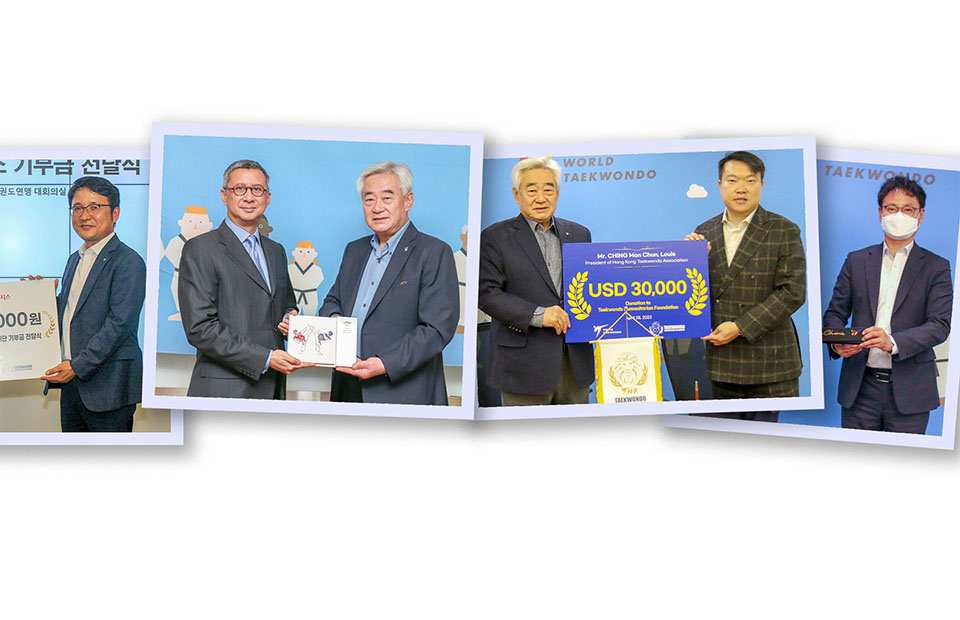 The Taekwondo Humanitarian Foundation continued to receive donations from around the world last year as organisations demonstrated their support for the THF’s mission to empower refugees through Taekwondo.

The President of the Hong Kong Taekwondo Association Louis Ching made a personal donation of USD 30,000 to the THF in April 2022 during a visit to the World Taekwondo headquarters in central Seoul.

The donation came on the back of a $25,000 donation from Minsoo Kang, Professor of Dong-eui University to the THF and World Taekwondo Demonstration team in March.

These donations were important to the ongoing operation of the THF which has made vital progress in supporting refugees and displaced persons. The THF is running seven programs worldwide in Jordan, Turkey, Rwanda, Eswatini, France, Switzerland and Mexico.

The THF’s programs contribute to the Sustainable Development Goals and “empower the powerless” by providing Taekwondo training that promotes personal fitness, self-defense and self-belief to refugees.

Taekwondo can be economically deployed, as it needs nothing other than the human body and no special equipment or facility. As such, it can be practiced by anyone, anywhere, at any time.

Over 2,000 refugees are trained every week, and so far, eight refugees/displaced persons have hired by the THF in coaching and project coordination roles. Moreover, refugee teams and individuals frequently compete at World Taekwondo tournaments worldwide.

It was not just the THF which received donations last year as Mr. Pimol Srivikorn, World Taekwondo Treasurer and President of Thailand Taekwondo Association donated $20,000 to World Taekwondo in June.