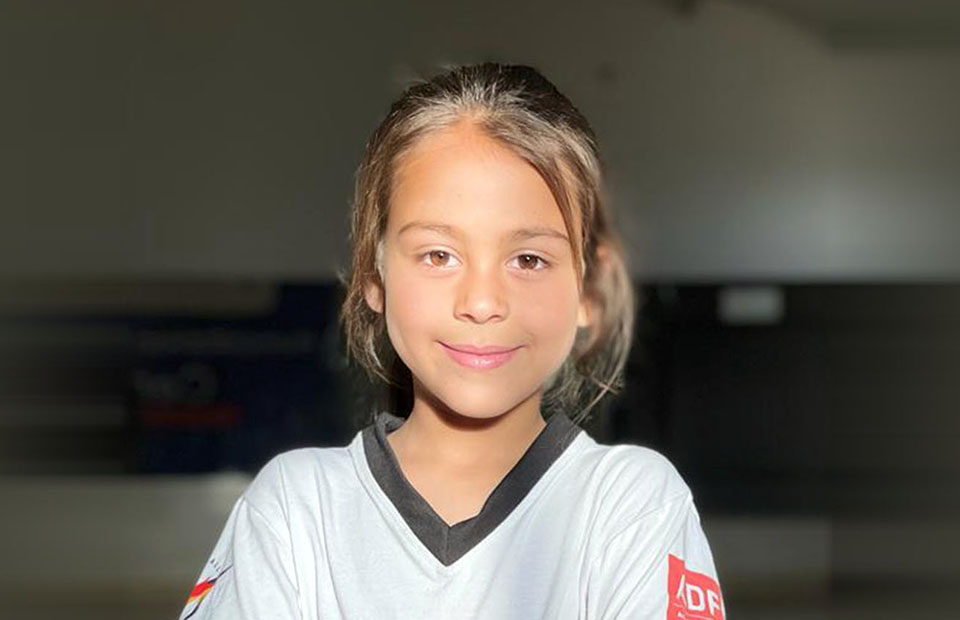 AMMAN, Jordan (Dec 23, 2022) - The record-breaking Doaa Al-Ayoub, who in 2021 at the age of six became the youngest refugee in the world to be awarded a black belt in Taekwondo, has continued her rapid development in the sport and has now been awarded a 2nd Dan.

Al-Ayoub received the honour in December 2022 just over a year after first being awarded the 1st Dan black belt. She was once again tested by the Jordan Taekwondo Federation and impressed with her skill and discipline.

“We are very proud of Doaa and her incredible achievements at such a young age. With so much talent and determination there is no limit to what she can achieve in our sport. She is an example to all of us that no matter our circumstances, if we work hard we can excel and pursue our dreams. We wish her all the best for the future.”