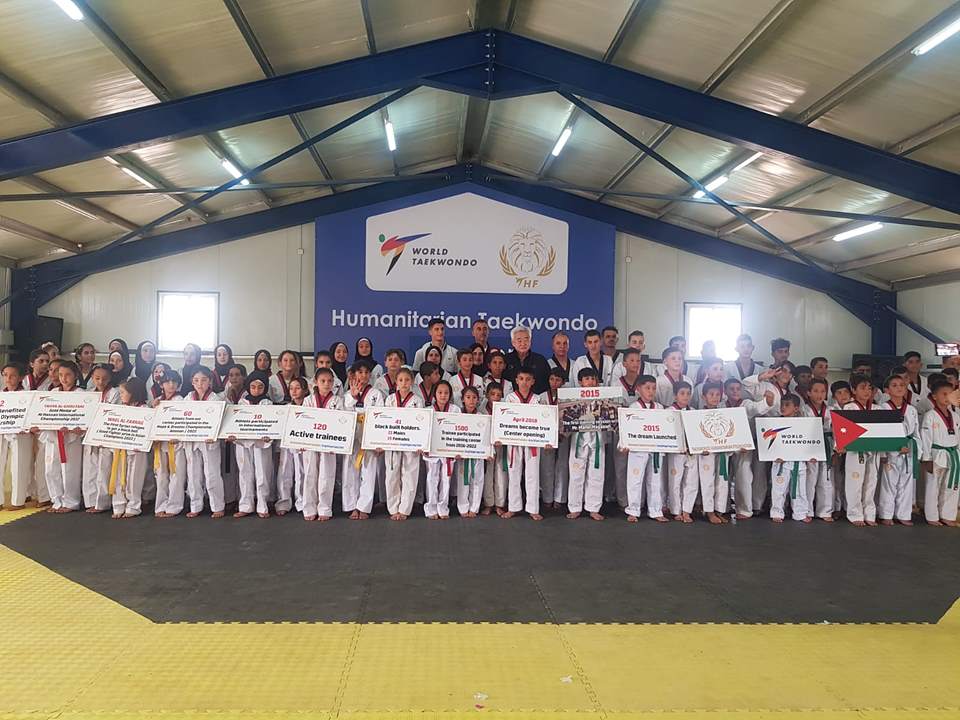 AZRAQ, Jordan (Oct 25, 2022) - In his first such visit since the outbreak of the Covid-19 pandemic, World Taekwondo President Chungwon Choue today visited the Taekwondo Humanitarian Foundation’s (THF’s) flagship project at the Azraq Refugee Camp for displaced Syrians in Jordan.

“It is great see how far the students have progressed since my last visit, and how much good work is being done here,” President Choue said. “The success of you all here at Azraq is a benchmark for the THF, and also a benchmark for the wider Olympic family as we strive to improve the daily lives of refugees like yourselves through sport.”

The training center has proven to be a fully sustainable asset, and is arguably the crown jewel among THF projects. The nascent facility taught its first Taekwondo class in 2016 and was formally inaugurated in 2018 as a purpose-built center.

President Choue presented each of the center’s dan grades with special World Taekwondo black belts, which feature their names sewn into the cloth. So far Azraq has graduated 41 black belts. The youngest black belt holder at the camp, Doaa Al-Ayoub was just six years old when he earned the rank.

Among Azraq’s top players, eight have been awarded Refugee Athletes Scholarships from the IOC for the Olympic Games Paris 2024.

“With such a strong group of black belts, we are seeing skill levels rise here among all athletes,” President Choue said. “I am confident that the Azraq alumni will one day wear Olympic medals around their necks.”

The center is currently coaching around 100 athletes. In addition to teaching its core skill set of Taekwondo, it has also hosted multiple joint training projects with other International Federations. 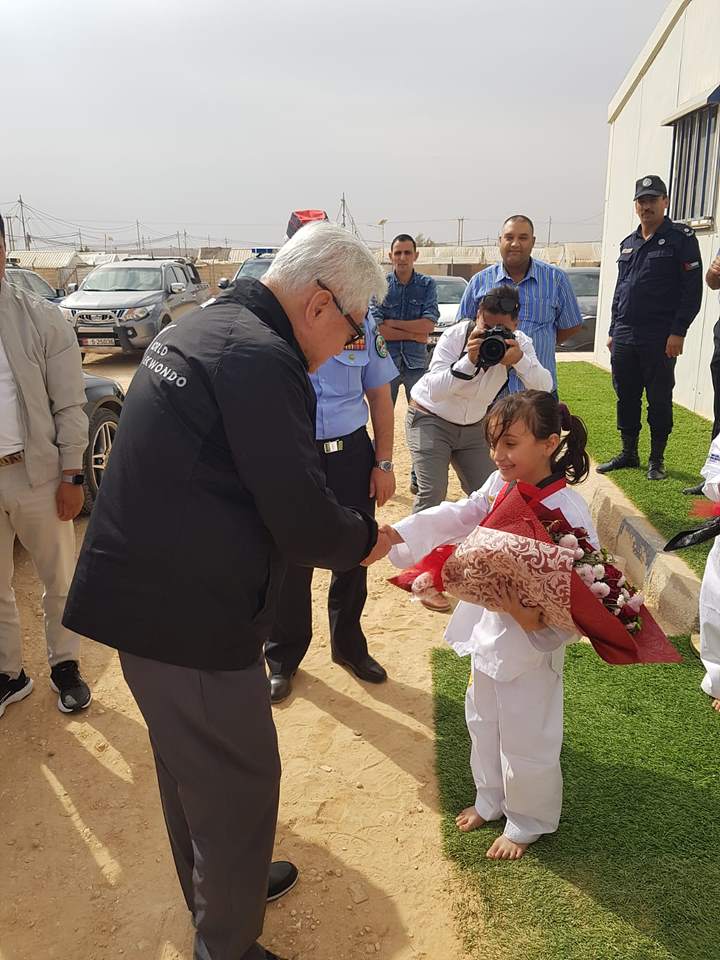 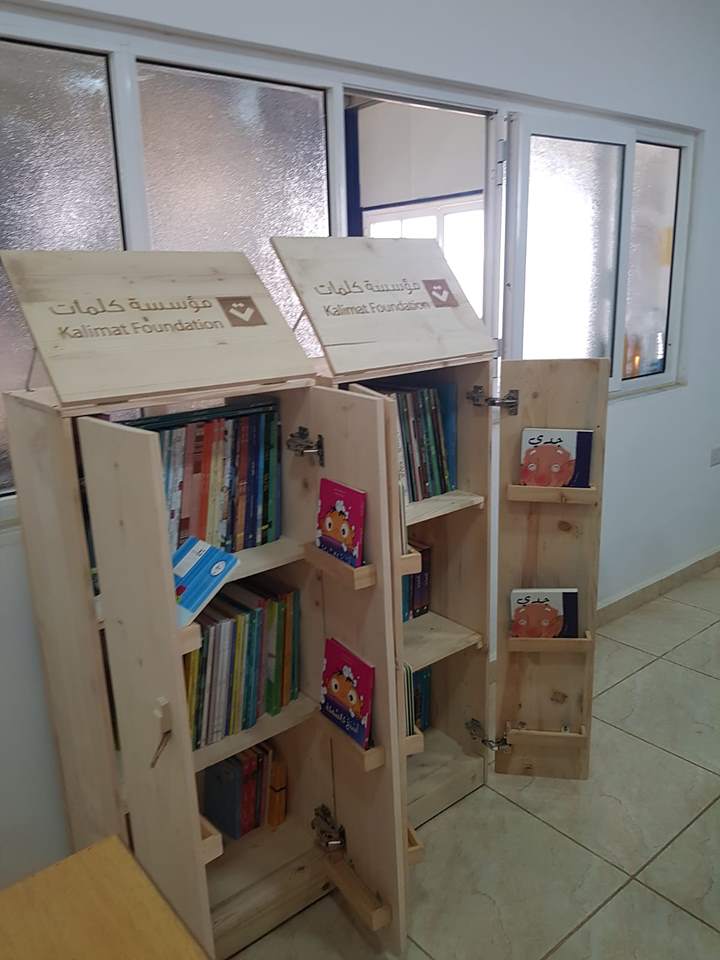 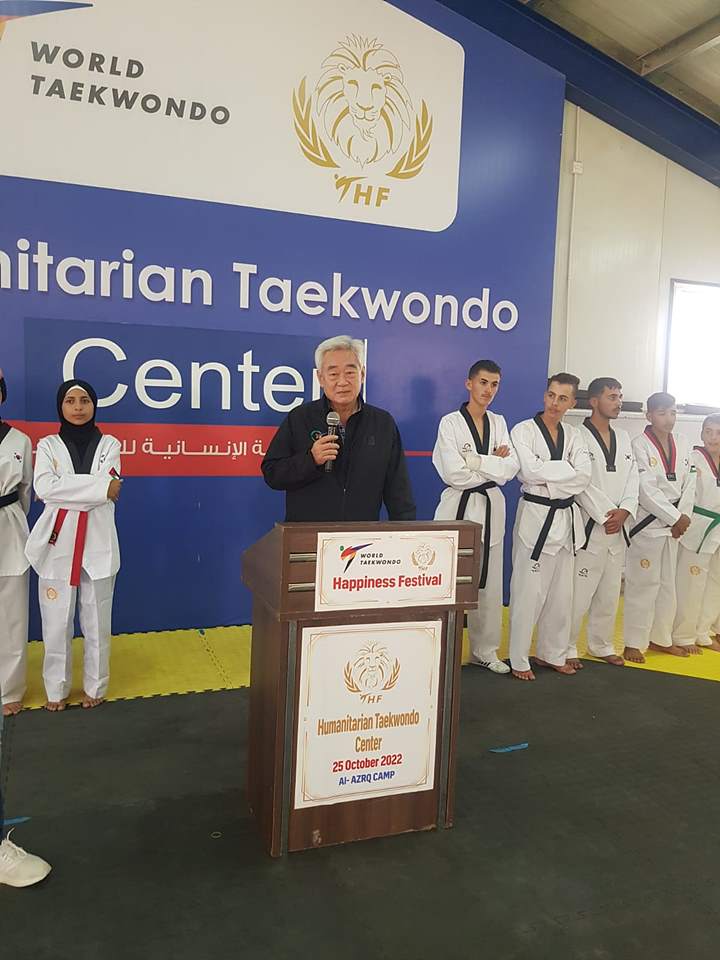 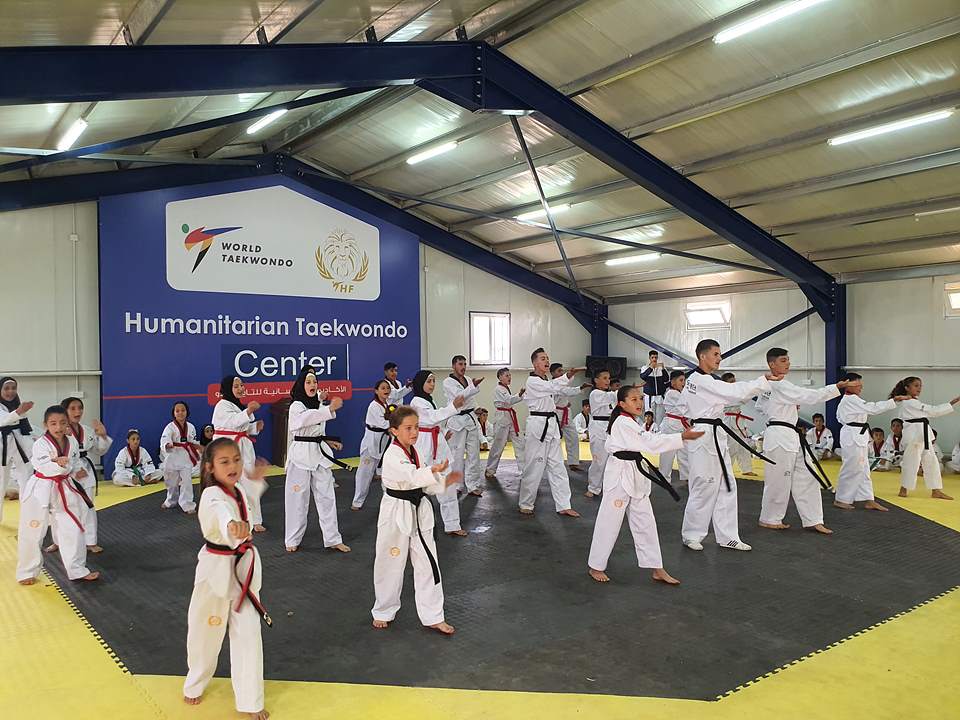 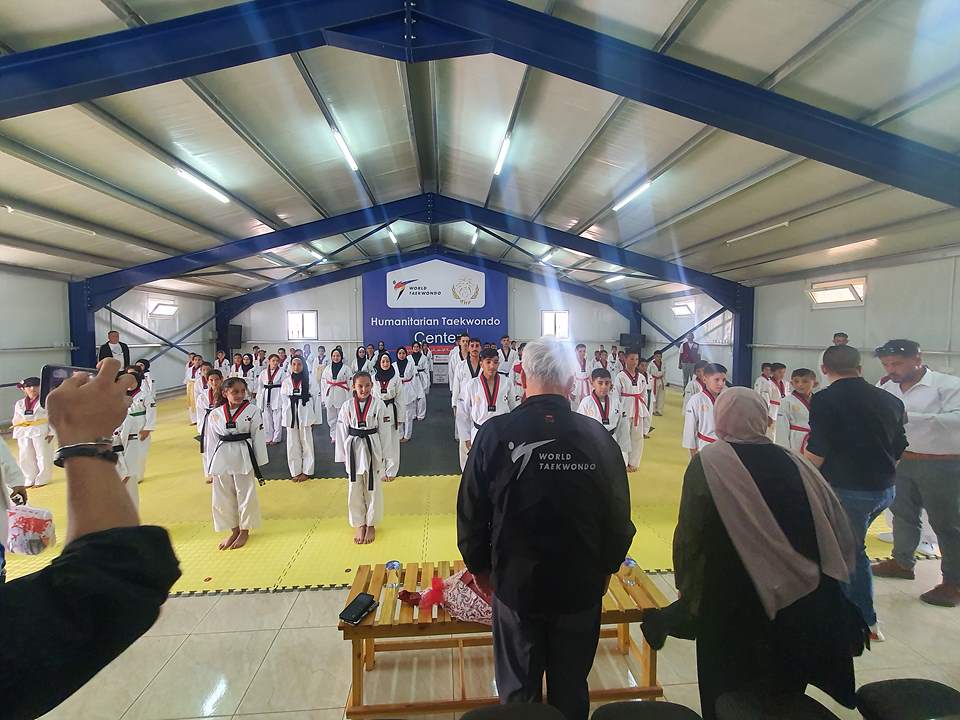 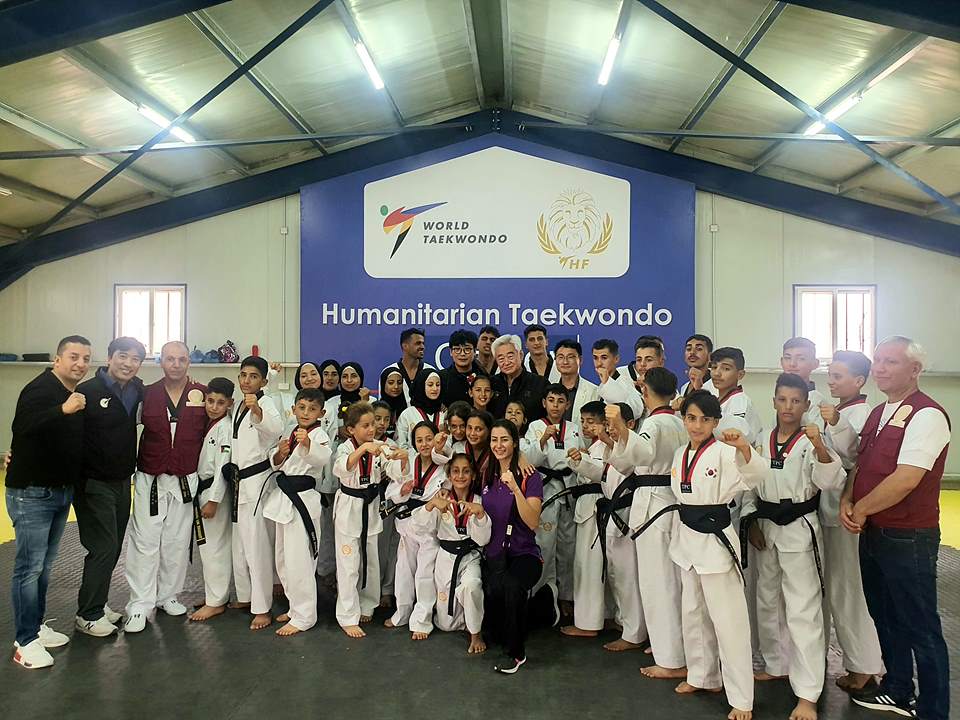