Taekwondo: an accelerator for social inclusion in Paris 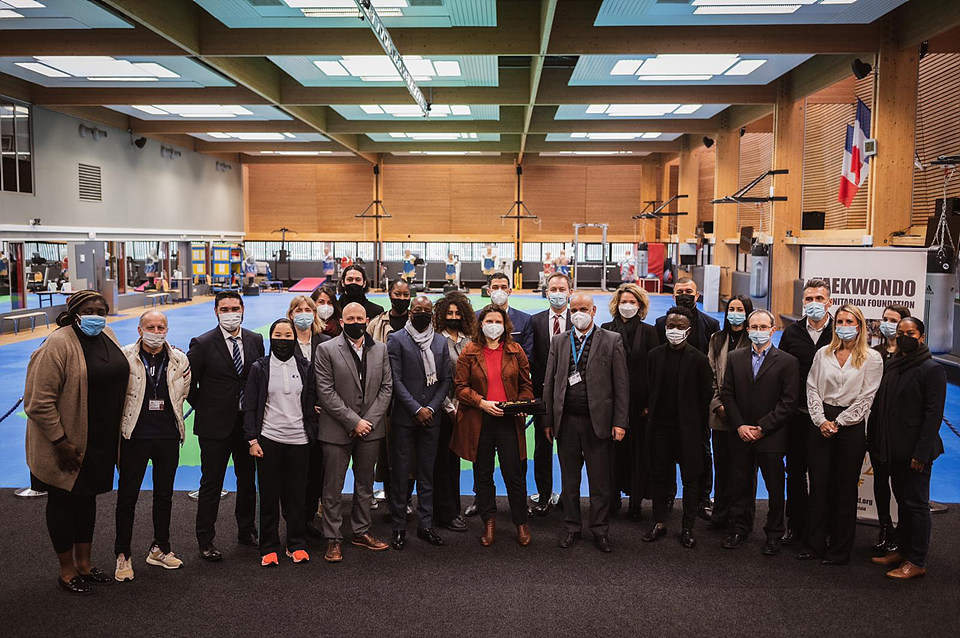 Taekwondo is serving as a boost for the social inclusion of young refugees or displaced persons in the Ile de France. The French Minister for Sport, Roxana Maracineanu, today took part in the working group on the "Taekwondo Humanitarian Foundation Project" led by the French Federation of Taekwondo and Associated Disciplines (FFTDA) in partnership with the Taekwondo Humanitarian Foundation (THF).

Alongside Bintou, a high-level sportswoman at INSEP, five refugees, immigrants and former asylum seekers have been chosen to lead the project as social or sports workers, communication or research officers, in the Centres d'Accueil de Demandeurs d'Asile (CADA). Their names are Sarah, Zakia, Oumaïma, Azizjan and Kevin and they and have been using taekwondo, sometimes for several years, as a tool for social integration and citizenship.

On Wednesday 12 January at INSEP, in the presence of the Minister Delegate for Sport, Roxana Maracineanu, the Humanitarian Taekwondo Foundation and the project's partner organisations (Club Hanok, Jess Van Thuyne Gentilly, the Taekwondo League of Ile de France and the Francophone Mental Training Association) signed bilateral agreements to cover the future work contracts of the five professionals mentioned above.

The originality of the programme, which focuses on inclusion through the practice of taekwondo, lies in this double dimension of human support: supervising uprooted young people by people who have experienced the same situations and offering them prospects for social and professional integration.

After the first initiations, which will help restore confidence and self-esteem, the beneficiaries, asylum seekers or refugees in Ile de France, will begin a 12-session learning cycle. This second phase will offer them opportunities for socialisation, including learning the French language. The final stage of the project will involve their inclusion in a partner club. After passing their first grade, they will be able to join the partner structure free of charge. Membership will then be paid for in full within the framework of the project. Their immersion in the club will promote social links with other members, lead them to appropriate the rules of society and ensure the continuity of their integration within our Republic.

With this concept, the THF, in partnership with the FFTDA, joined a consortium of six partners in September 2021, including the NGOs Play International, Kabubu, Futbol Mas, Ovale Citoyen and Emmaüs Solidarité. They were selected in the framework of a call for projects by the Olympic Refuge Foundation and the Ministry of Sports, in order to design a unique programme to support displaced persons or refugees in the Ile de France region through sport. This project is mainly financed by the Ministry of Sports through a one million Euro grant to the Olympic Refuge Foundation created by the International Olympic Committee (IOC).

Being social coaches is part of the DNA of the federations even if they are not always on the front line. The Federations have the skills and capacities to play a leading role alongside the major NGOs, to respond to this type of call for projects and thus act for a better society. In order to promote this societal role at the heart of federal projects, the Ministry of Sports will conclude republican commitment contracts with the federations in the coming weeks, based on our common foundation. 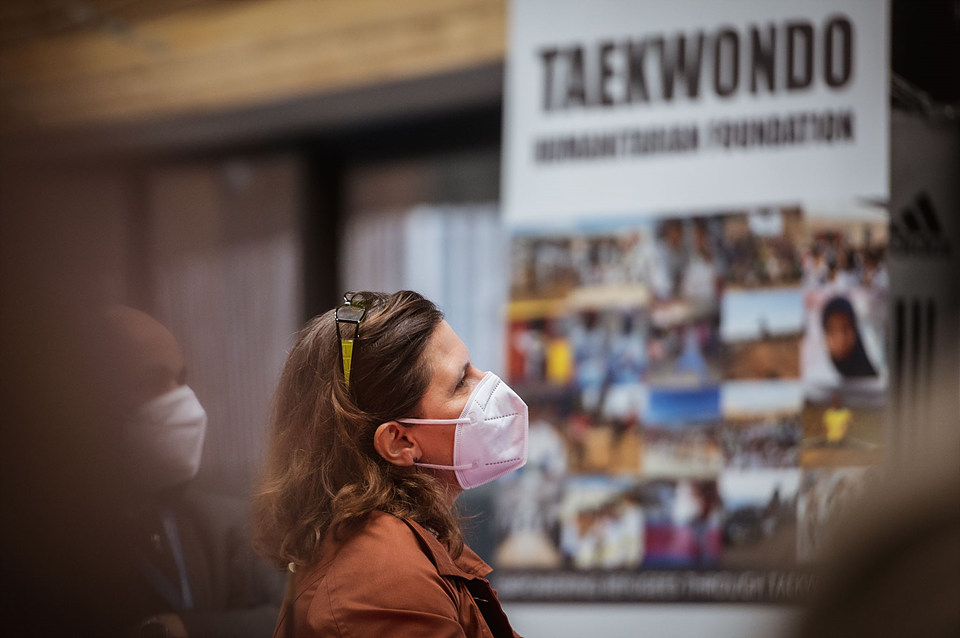 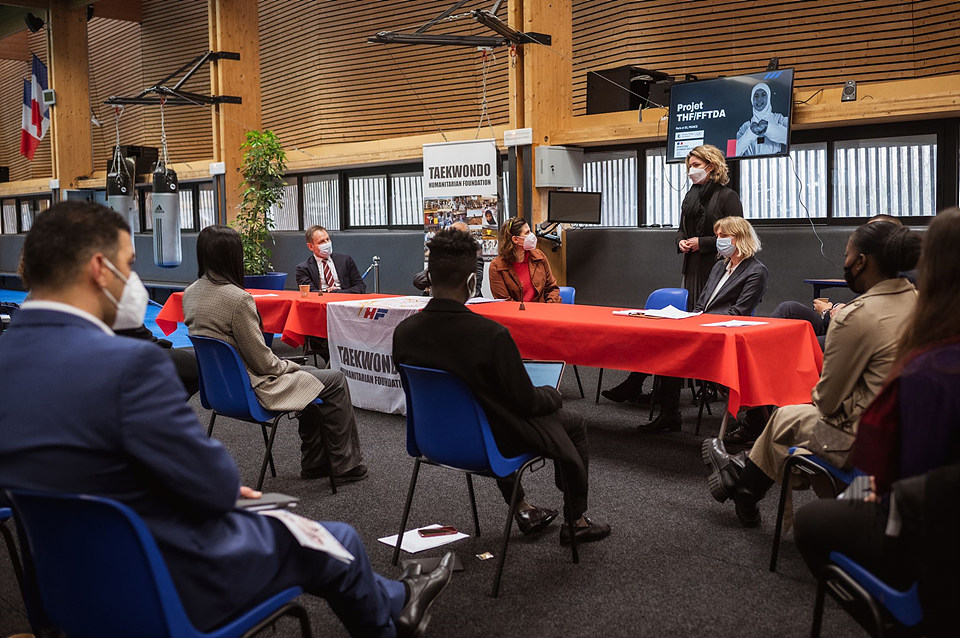 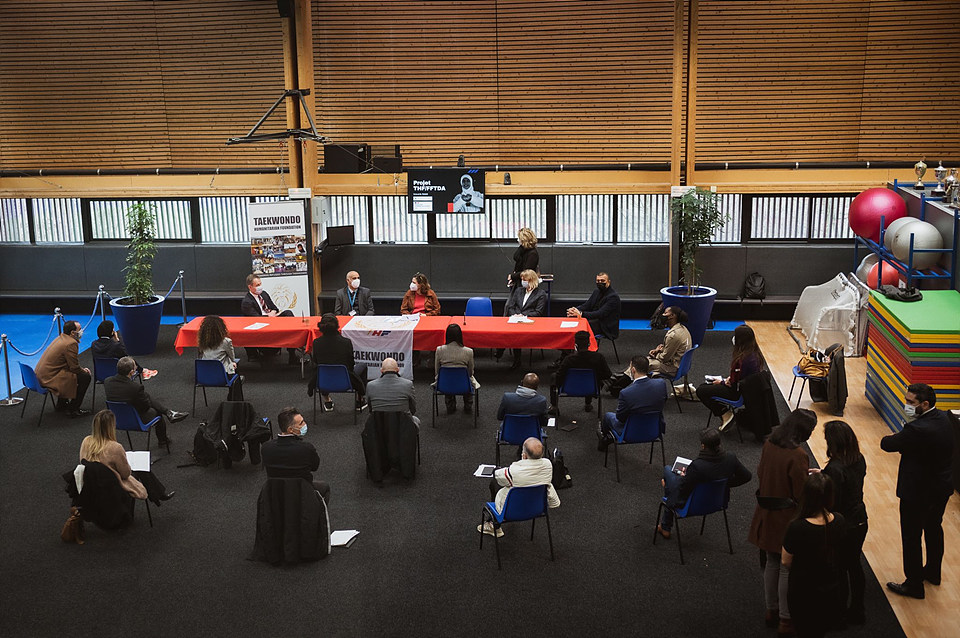