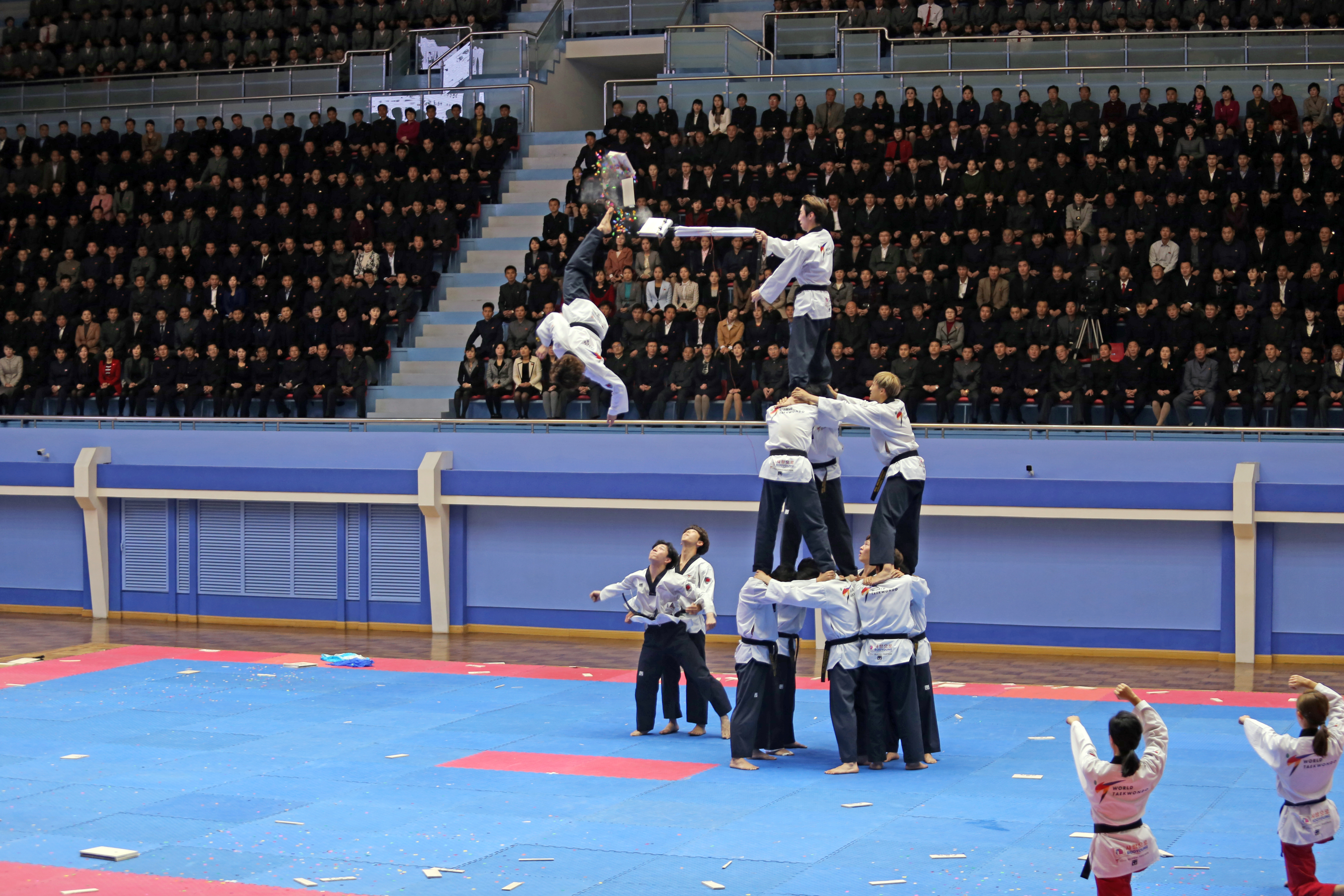 PYONGYANG, North Korea (October 31, 2018) - World Taekwondo (WT) demonstration team has sent out a powerful message of peace in its performance at the heart of the North Korean capital.

In front of more than 2,300 Pyongyang fans that packed the Taekwondo Hall, the WT demonstration team showcased their trademark high-flying kicks and punches Wednesday evening to impress the crowd.

“It was a great performance. All the members looked much more confident and comfortable this time, compared with their first visit here in April,” team chief Ilhan Na said.

Team coach Mira Song, who is visiting Pyongyang for the second time, said she is now more comfortable and familiar with the city atmosphere.

“I’m glad that taekwondo plays an important role in bringing two Koreas together,” she said. “We feel like we are part of something great and we are very happy about that.”

In their first performance, the athletes focused on showing high-level skills of the sport. But the latest performance was more about storytelling, which described the hopes for a lasting peace on the Korean Peninsula.

The climax came when they started dancing to famous North and South Korean songs. In response, the crowd, including everyone on the VIP seats, gave them a standing ovation.

After their performance, Choue, Choe and Ri came down to the floor to encourage all team members.

On November 2, WT-ITF will have a joint performance at the same venue. 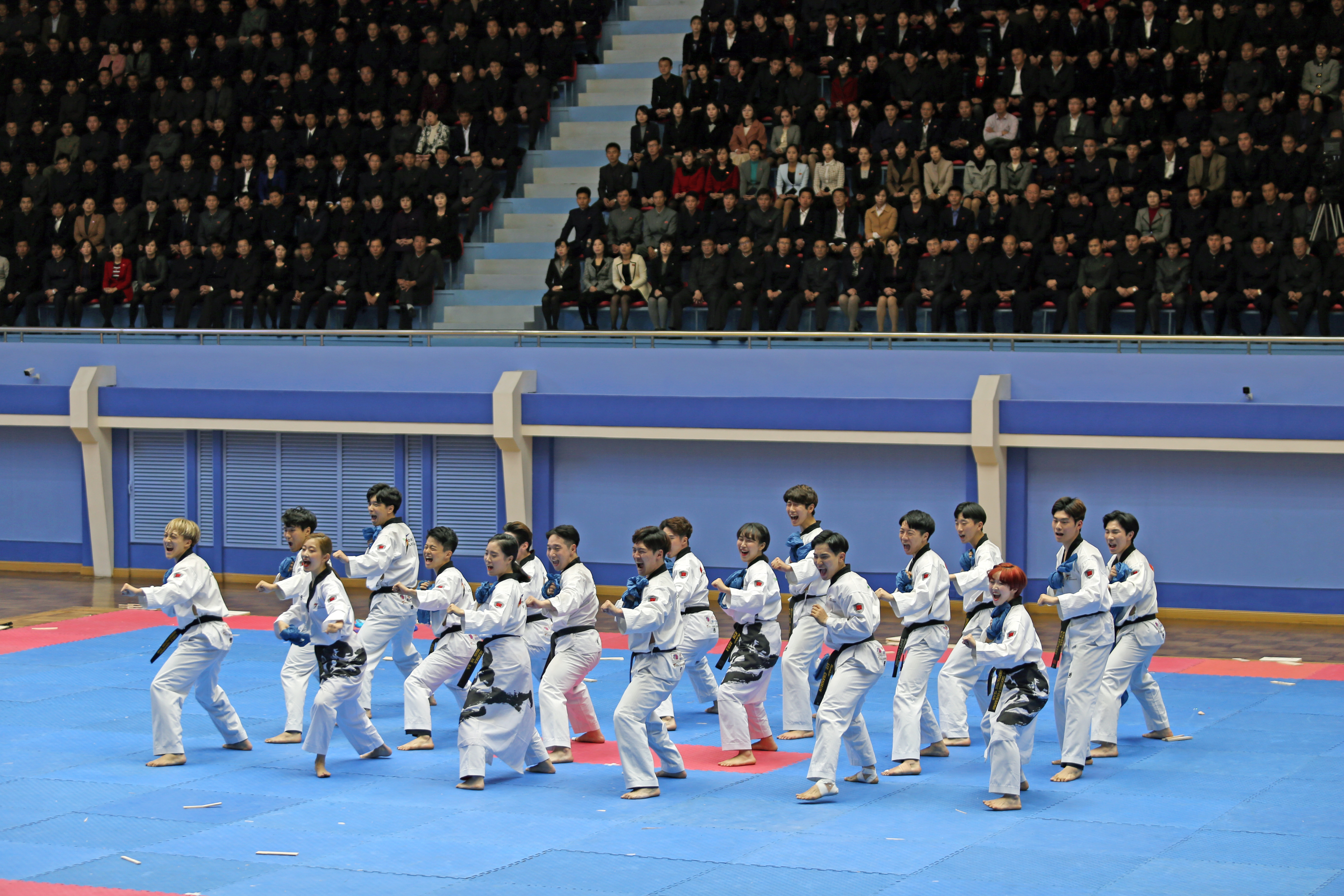 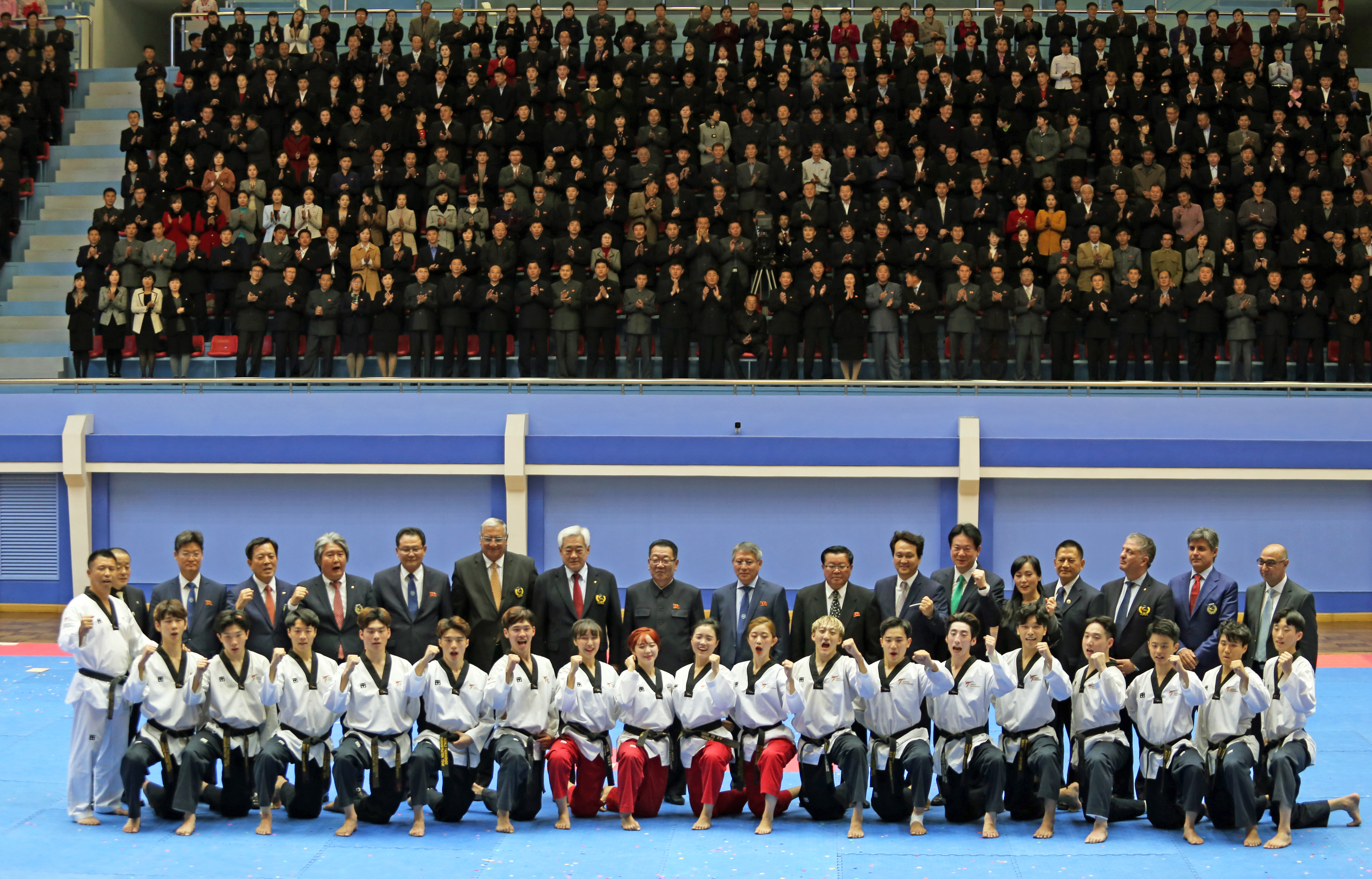