European Olympic Qualification Tournament to Kick Off in Kazan, Russia on Jan. 27 for 3-day Run 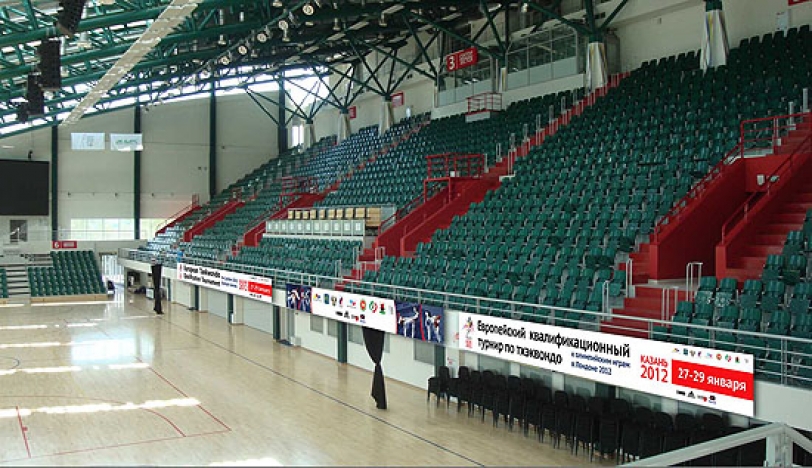 The European Qualification Tournament for the 2012 London Olympic Games will be held at the Palace of Martial Arts "Ak Bars" in Kazan, Russia on Jan. 27, 2012 for a three-day run.

A total of 120 athletes from 39 European countries will compete for 24 places for the taekwondo competition at the London Olympic Games. The European Qualification Tournament is the 6th and last WTF qualification tournament for the 2012 London Olympic Games.To better serve the increasing interest of the international media and taekwondo fans around the world, the WTF live-streams this qualification tournament on its advanced Web TV platform, www.wtf-taekwondo.tv, to deliver all the semifinals, 3rd-place determination matches and final matches, as well as some of the preliminaries.

The results of the three-day qualification tournament will be also posted in real time on the site of the result system. The upcoming event is expected to be very exciting as it was proven at the World Qualification Tournament in Baku, Azerbaijan in June 2011 where European countries dominated the medal tally by gaining 11 of the 24 quota places. The traditional taekwondo powers, such as Spain, Turkey and Germany that underachieved in Baku, are expected to maximize this last opportunity in Kazan. Turkey won only one quota place in Baku, while Germany and Spain failed to win any place.

Many top-tier athletes, including Joel Gonzales of Spain, who ranks top in the men's under 58kg of the World Ranking and won the gold medal in the 2009 and 2011 World Taekwondo Championships, will be competing. Another noticeable athlete is Pacal Gentil of France, who won a bronze medal at the 2000 Sydney and 2004 Athens Olympic Games. The seasoned veteran will compete in the upcoming tournament with the hope of qualifying for his third Olympic Games.

Through the WTF's qualification tournaments, including the upcoming European tournament, the list of 120 qualified athletes for the London 2012 Olympic Games will be finalized. On top of this, the host country, Great Britain, has been automatically awarded four places, while the other four places will be allocated through the so-called "wild card" invitations after a tripartite consultation among the WTF, the IOC and the Association of National Olympic Committees. A total of 128 taekwondo athletes will compete for their Olympic dream in London from Aug. 8 to 11, 2012.