Mexico City is Gateway to Rio Olympics for Taekwondo Elite 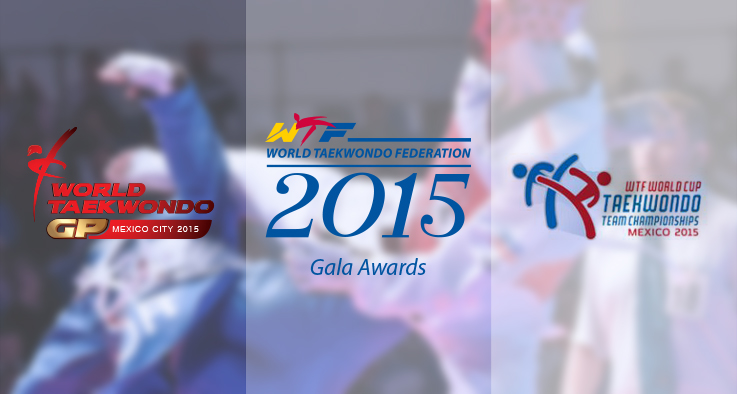 Mexico City, Mexico (Dec. 1, 2015)  - The world’s top taekwondo fighters gather in Mexico City this week for two days of competition that will qualify the first tranche of athletes for the Olympic Summer Games in Rio, 2016.

The 2015 World Taekwondo Grand Prix Final, to be held on December 5-6 in the Mexican capital’s Sala de Armas – the Olympic fencing venue in the Magdalena Mixihuca sports complex - invites the sport’s 64 highest-ranked athletes from 28 countries. At the Final – the fourth Grand Prix event of the year – athletes fight it out in four male and four female Olympic weight categories.

Forty-eight athletes will win a ticket to Rio in what is certain to be two intense days of competition.

“The Grand Prix Final is always one of the most exciting competitions of the year,” said WTF President Chungwon Choue. “With the added incentive of Rio 2016 qualification, I am sure this year’s final will be even more special.”

The remaining 80 taekwondo Olympic berths will be filled next year by athletes via Continental Qualification Tournament (72), host country places (4) and Tripartite Commission Invitation - better known as wild cards - (4). A final total of 128 fighters will compete on the mats in Rio.

In addition to the Grand Prix Final, Mexico City will also be hosting the WTF Gala Awards 2015, the World Cup Taekwondo Team Championships and an extraordinary WTF Council meeting.

On December 7, the WTF Council will gather for an extraordinary meeting to discuss the latest developments, including progress on the nascent Taekwondo Humanitarian Foundation – a body which will deploy coaches to refugee camps worldwide - and preparations for Rio 2016.

This year’s gala awards also include an inaugural ‘Kick of the Year’ award to honor the beauty and precision of the sport’s best techniques.

“The WTF Gala Awards 2015 will be a wonderful way to end a fantastic year,” Choue said. “It provides the WTF with a chance to thank all our athletes, coaches, referees and member national associations who work so hard throughout the year and contribute so much to our global sport.”

“The World Cup Taekwondo Team Championships bring an entirely different dynamic to the game, making it one of the sport’s most exhilarating fixtures,” Choue said.