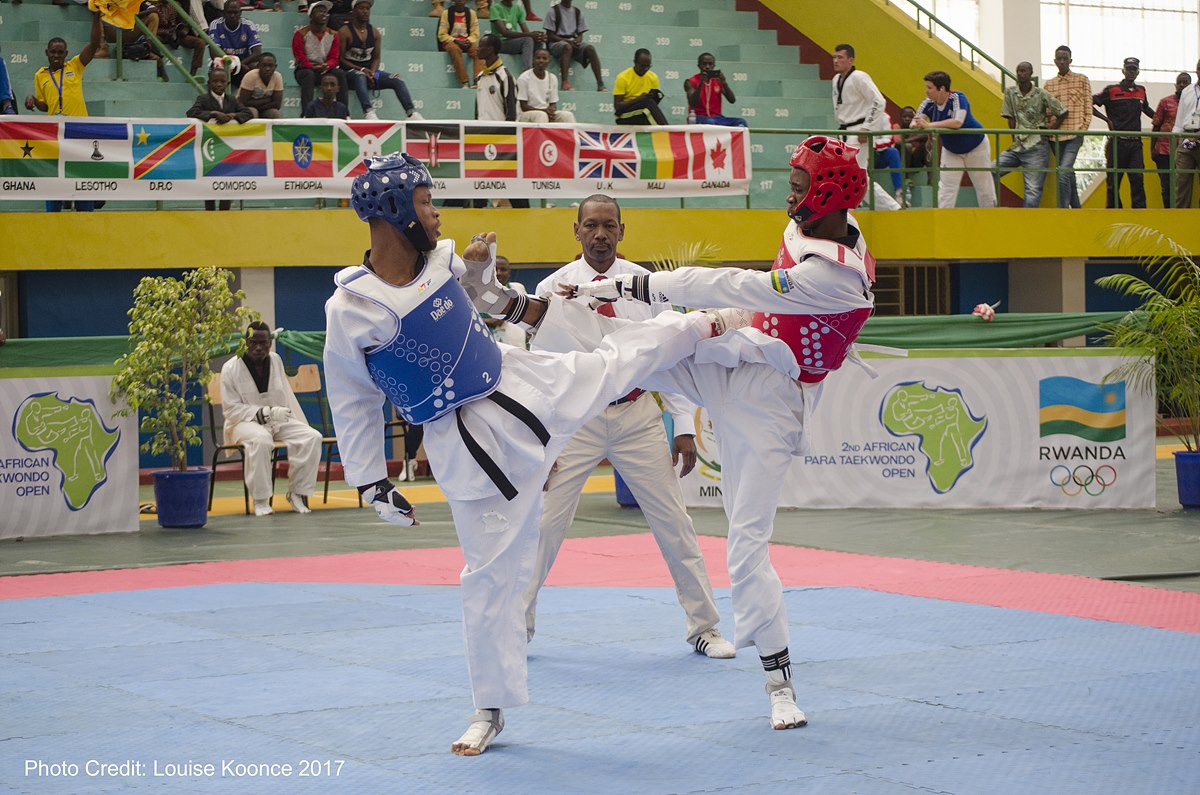 SEOUL, South Korea (1 May 2017) – The first rankings following the African Open in Kigali, Rwanda last month are in and Africa has its first-ever women’s #1 after Morocco’s Rajae Akermach jumped from 4th in the K44 over 58kg division after winning gold in Rwanda.

Five countries are newly featured in the rankings, after athletes from D.R. Congo, Ethiopia, Ghana, Kenya, and Rwanda all earned world ranking points from their performances in Kigali.

The African Open is a G4/G2 event, allowing athletes from Africa earn more points in the world rankings than athletes from other continents.

Several African athletes joined Akermach in the top five of their divisions, including compatriot Soukaina Es-sabbar, who moved to #2 in the K44 under 49kg division after her silver in Rwanda.

Nigeria saw two athletes move into the top five, including Faith Obazuaye, who jumped from #6 to #3 in the women’s K44 under 58kg division after winning gold at the meet, and Samson Saaondo Ukpera, who moved up six spots to #5 in the men’s K42 under 61kg division.

Rwandan Jean Marie Vianny Bizumuremyi moved into the top 10 in the same division after memorably securing silver at home in his first-ever Para Taekwondo tournament.

While the rise in ranking for African athletes dominated the news coming from the release of the May rankings, there were plenty of noteworthy moves by athletes from around the world.

In the men’s K44 under 75 kg division, Spain’s Amado Garagarza moved up five spots to #7, while Serbia’s Nicola Spajic entered at #24 after winning silver in his Para Taekwondo premiere by defeating favoured Mohammed Aatif of Morocco in the quarterfinal. Despite the setback, Aatif moved to #3 in the world rankings.

Over in the men’s K44 over 75kg group, American Corbin Stacey moved up to #2 after winning silver in Africa. Uzbekistan’s Sarvarjon Obidjonov climbed one spot in the same division to sit at #6.

Showing the growth of Para Taekwondo, several athletes competed in their first Para Taekwondo event in Rwanda. On top of Bizumuremyi and Spajic, D.R. Congo’s Klose Kalwira entered the rankings at #10 in the K42 under 75kg division after his performance in Rwanda.

However, it was Rwanda that had a tournament to remember at home by leading the way with six medals, including two gold.