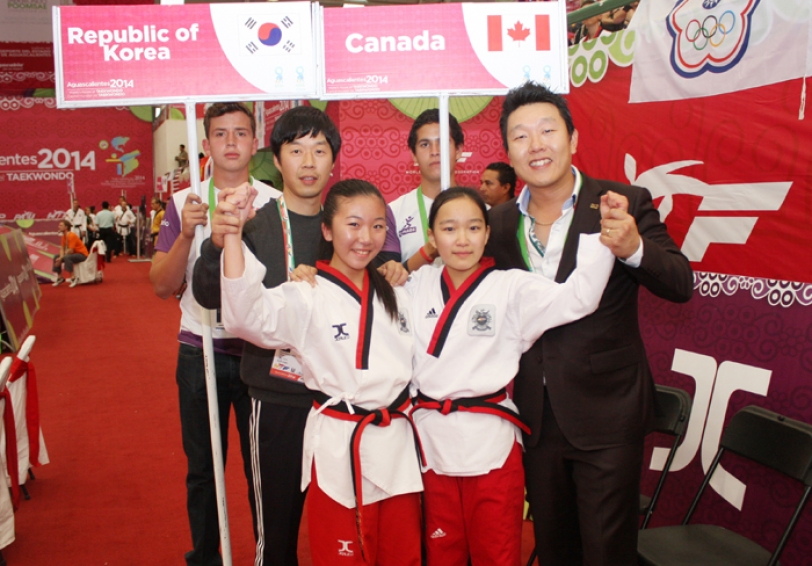 In the male individual under 60 division, Korea's Hyung-jun Noh won the gold medal, while host Mexico's Oscar Mendiola Cruz won the silver. Turkey's Teyfik Celik and the Netherlands' Ata Alavi had to settle for the bronze medal.

In the male individual under 50 category, Turkey's Mustafa Yilmaz took home the gold medal, while Korea's Hyeon-ju Oh won the silver. Germany's Michael Bussmann and Mexico's Salvador Carrillo had to settle for the bronze medal.

In his congratulatory message during the opening ceremony, WTF President Choue said, "Since its inauguration, the World Taekwondo Poomsae Championships have been held every year with significant growth in the number of participants and quality of performances."

"Especially, newly introduced freestyle poomsae showcased the artistic aspects of taekwondo. I hope that more dynamic performances will be displayed at this Championship," Choue said. "I have full confidence in organizing the best World Poomsae Championships ever because we are in Mexico - the country that people love taekwondo."