(September 1, 2016) - The first gold medal of the Rio 2016 taekwondo competition was won by a young fighter who was far from being a natural athlete: In fact, So-hui Kim’s original aim in learning the sport was to upgrade her then-poor physique.

“I took taekwondo up when I was nine as I was very weak and ill - I took it up for my health,” said Kim. “My parents suggested starting it, and now I am all good.”

“All good” is an understatement: Kim has today cast off her weakling status and transforming into an elite athlete competing and winning at the highest level of taekwondo. The  22-year old, who grew up in the countryside in Chuncheon before migrating to Seoul for high school, captured the ultimate medal in sport at the Carioca Arena 3 in Rio’s Barra Olympic Park, when she won gold in the women’s -49kg category.

But it was no easy match.

Kim, the seventh seed in the women’s -49kg category, would be fighting against eight-seeded Bogdanovic who had the height (and probably strength) advantage. Earlier in the day, the Serbian had stunned the taekwondo world by comprehensively defeating arguably the most dominant fighter in the sport, China’s double Olympic gold medalist Jingyu Wu, 17-7; Wu had been gunning for what would have been a record third Olympic taekwondo gold. “I was not nervous to face Bogdanovic, I was worried about Wu,” said Kim. “I expected to fight with Wu at the final, I had prepared a lot for Wu.”

The fact that Bogdanovic had ejected Wu made very clear that Kim was facing a well-prepared, top-drawer opponent.

From the outset, the Serbian, with her height advantage, fought forward, forcing Kim to dance around the edge of the mats. But it was the Korean who was more accurate with her legs, winning the first round 2-1. The second continued the same way, with Kim displaying lively footwork to escape the Serbian’s attack. Bogdanovic, trying to land a punch, took a crescent kick to the head; the round ended 5-2. In the third, the score was 4-6 to the Korean but Bogdanovic put the pressure on, and Kim visited the mats repeatedly. In the last 11 seconds, Bogdanovic was chasing her target around the field of play but Kim held off the desperate last-minute attack, taking match and gold medal, 7-6.

After the match she said she had “prayed to become a champion” and gave thanks to her family and nation for the support she had received.

Although it had been a close-run thing – Kim’s fall just as the final buzzer rang could have cost her the match – the fight had gone according to plan. “The Serbian girl is good at face kicks so I was concerned about that,” Kim said. “I thought that if I could beat her face kick, it would break her mentality. The back step and footwork was the plan.”

Oddly, the manner of her victory came in for a fair amount of online criticism in Korea, with some critiquing her style and strategy. In fact, Kim’s evasive, counter-attacking game plan showcased true mastery of lateral footwork and fighting off of the back leg - which causes one to question the technical knowledge of her armchair critics.

Olympic gold is just the latest in the 4th-dan’s list of accomplishments, which include gold at the 2015 Grand Prix tournament in Moscow, and gold in the -46kg category at the 2013 World Championships in Puebla, Mexico. As a taekwondo fighter she reels of her list of advantages. “Moving fast, I play a timing game and strike at the right time,” she said. “I like the back kick best of all - it is a special kick and I can fire it from both legs.”

Expect to see more of Kim in the future: Given her tender age, she has a long fighting career stretching ahead of her. “I always challenge the next one,” she said. “I want to go to Tokyo 2020 if possible.”

The people who got their formerly sickly daughter into the sport were at ringside for her triumph. “My parents are in Rio, and they were in tears, especially my mom,” she said.

But what about her own emotions? How did it feel to capture the ultimate prize?

“I’d always dreamt of being an Olympic gold medalist,” she said. “I realized the dream.” 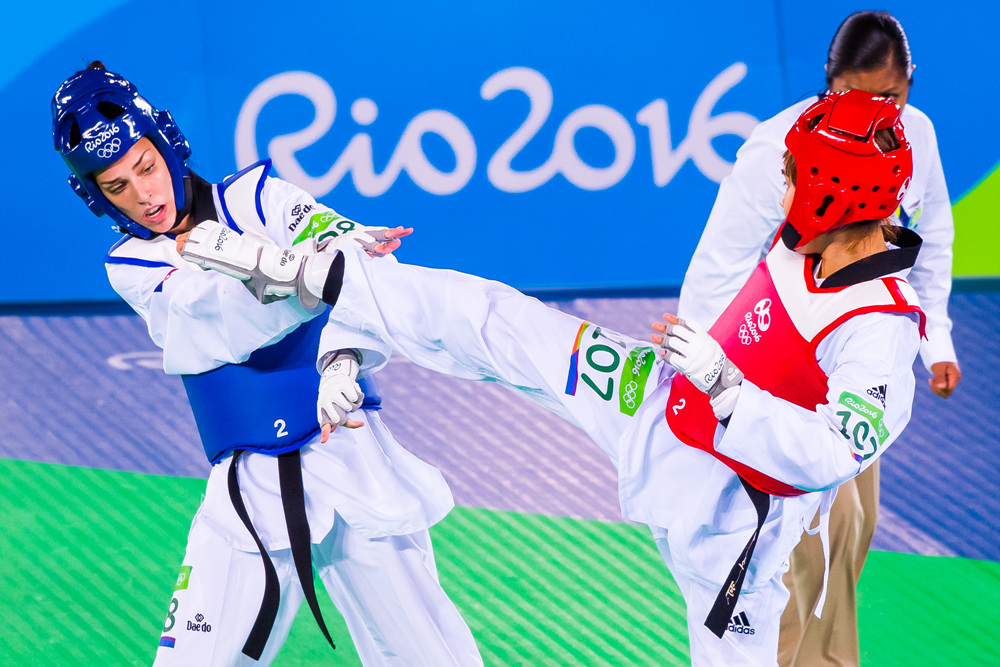 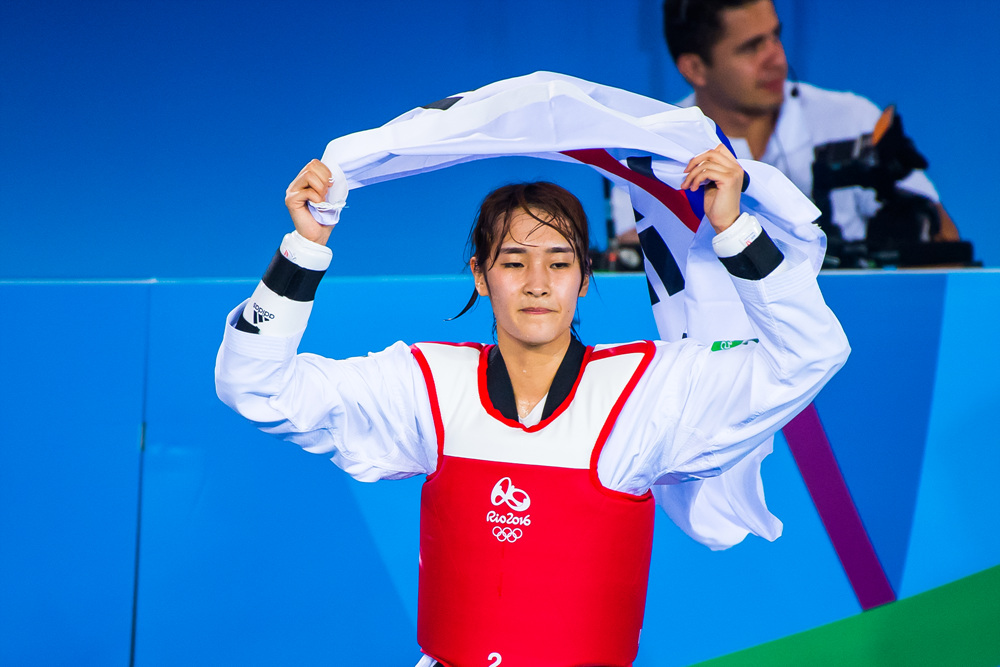