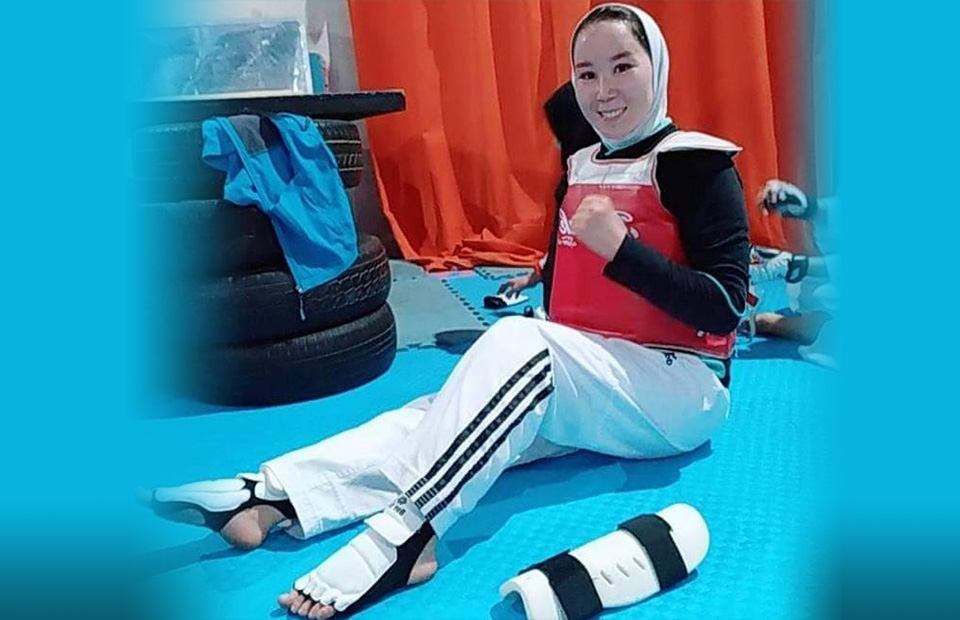 29 August, 2021 - World Taekwondo today praised the collective efforts of the International Paralympic Committee (IPC), the Centre for Sports and Human Rights, and governments in working with the federation to ensure Afghanistan Para Taekwondo athlete Zakia Khudadadi can compete at the Paralympic Games Tokyo 2020.

In a major operation, World Taekwondo was involved in ensuring members of the Afghanistan delegation were able to travel to Tokyo. Khudadadi was joined by Para Athletics athlete Hossain Rasouli and Chef de Mission Arian Sadiqi from Paris to Tokyo. Khudadadi and Rasouli will compete under the Afghanistan flag, and Kuhdadadi will become the first female Para athlete to have represented the country when she competes in the Women’s K44 -49kg competition on September 2.

“Thanks to the outstanding efforts of several Governments, the Centre for Sport and Human Rights, Human Rights for All, the French Paralympic Committee, the British Paralympic Association, World Taekwondo, Zakia and Hossain are now in Tokyo to fulfil their dreams, sending out a strong message of hope to many others around the world.”

Due to the high risks and safety of the athletes and officials, the whole operation was kept a secret until the delegation safely arrived in Tokyo.

“World Taekwondo is delighted to have been able to play a part in ensuring Zakia and Hossain can come to Tokyo and be a part of these historic Paralympic Games. At World Taekwondo we believe strongly that everyone should have access to sport irrespective of their gender, nationality or ability. Zakia and Hossain’s determination to overcome adversity is an inspiration to all of us.”

“We thank the IPC and the Centre for Sports and Human Rights, and the countless others for their meaningful collaboration. We are proud to have been part of this partnership. Working together, sport can play a powerful role in promoting peace and inspiring hope.”

“Peace is more precious than triumph.”