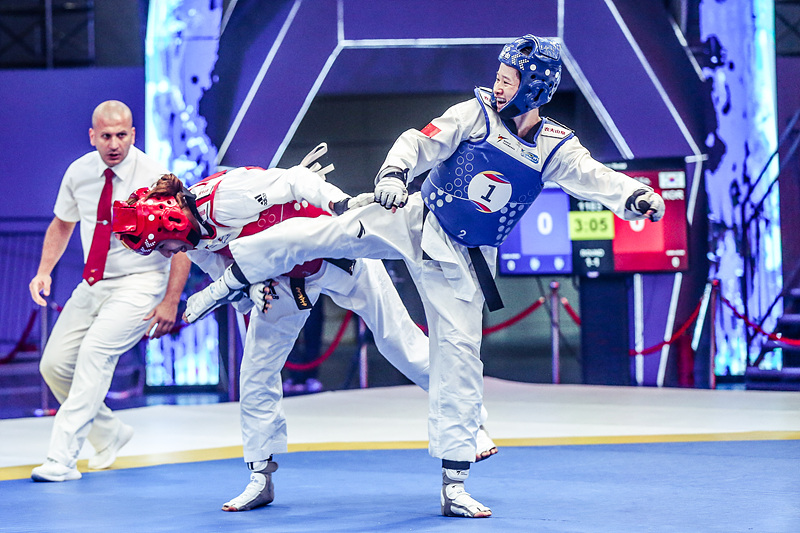 The Team Championships got into full swing with the women’s team competitions.

Throwing their hat into the ring for the women’s Championship title were: the USA, Republic of Korea, Russia and hosts China, with two teams entered. 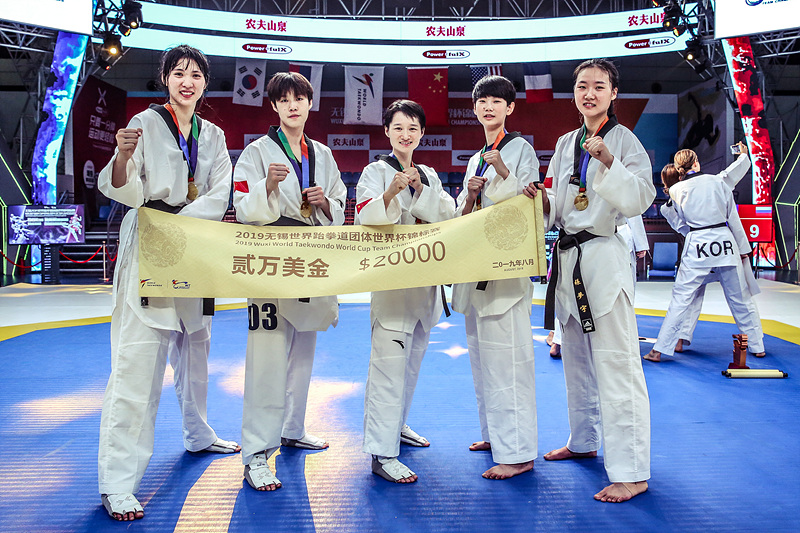 The final between China 1 and Russia was an exceptionally competitive match with both teams tied at 30:30 after three rounds, forcing a golden point round.

With the exceptional skill and composure of China’s Mengyu Zhang, one of the strongest fighters of the day, the hosts successfully secured gold in this ultimate tiebreaker. Zhang was ably supported by Jingyu Wu who played a key role in China’s success as she demonstrated the speed and variety of her kicking techniques.

After a tight final, the Russian team were thoroughly deserving of their silver medals, which were awarded to: Elena Evlampyeva, Karina Zhdanova, Kristina Prokudina, Anastasiia Baklanova and Polina Khan.

In third place with one of the bronze medals was the Republic of Korea, compromised of: Da-Yeong Kim, Min-Ah Ha, Yu-Jin Kim, Do Hee Yoon and Hee Kyeong Jo.

In a bid for the last bronze medal up for grabs, China 2 played the USA in a repechage bronze medal contest, which saw the hosts secure their second medal of the women’s Team Championships.

China 2 was made up of the following five athletes: Zongshi Luo, Zeqi Zhou, Huan Wang, Xiaojing and Ju Zuo.

The World Taekwondo World Cup Poomsae Championships concluded in the morning with the Freestyle Poomsae in individual, pair and mixed team for both male and female groups. 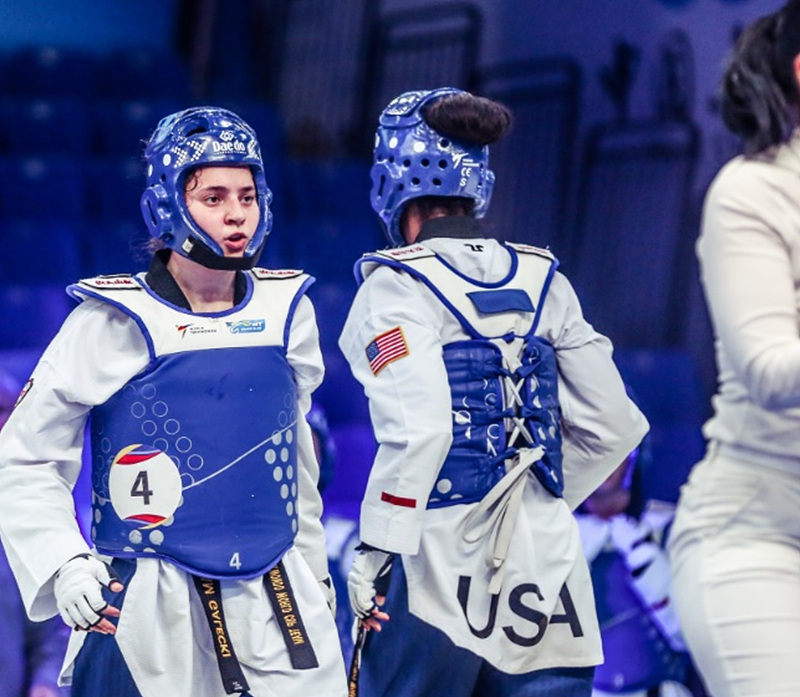 The women’s Freestyle Poomsae Individual over 17 category was a tight competition, but Thi Mong Quynh Nguyen (VIE) came out on top and obtained the gold after only achieving bronze at the last Poomsae competition. Chieh-yu Li (TPE) claimed silver and Ka yiu Wong (HKG) won bronze. 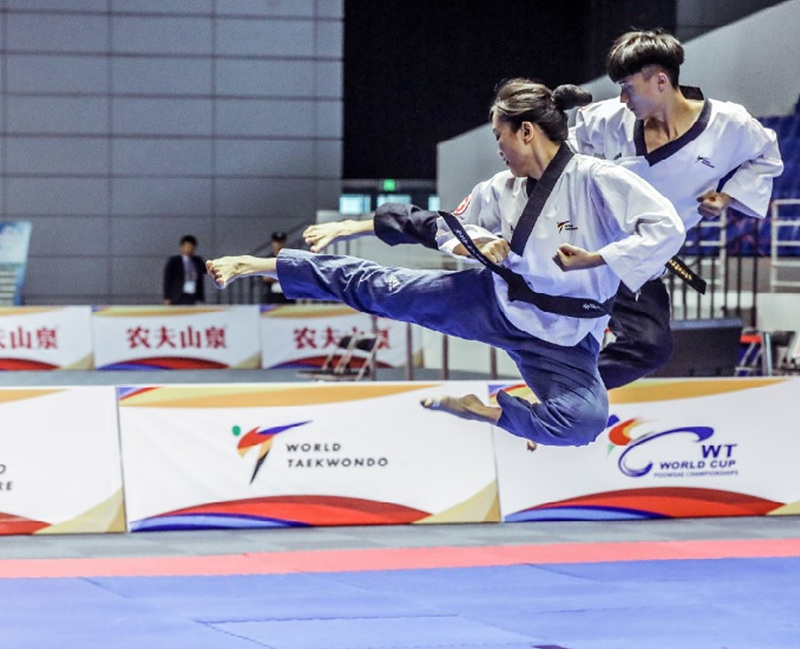 Taking the last of the medals in the under 17 Freestyle Poomsae Mixed Team was Chinese Taipei with gold and the USA with silver for the second year in a row. Vietnam and Thailand took bronze.

The overall Team Standing for the Poomsae Championship for both men and female competitions, across individual, team and pair, is as follows: