MANCHESTER, UK (May 17, 2019) - Less than 24 hours have passed since Jae-Young Sim successfully defended her world title but it is clear the young Korean has no intention of resting on her laurels.

Last night, Sim overcame a spirited performance by Iran’s Mahla Momenzadeh to win her second consecutive World Championship in front of a packed crowd at the Manchester Arena. Sim led from the beginning but Momenzadeh kept her on her toes throughout.

With just a five-point lead, some fighters may have become nervous and decided to defend to protect what they had. But that isn’t Sim’s style.

“My style is to keep attacking. Attacking is most important for me so I try and attack as much as I can and don’t defend too much. In Korea, we are taught to continuously kick and that’s what I tried to do.” 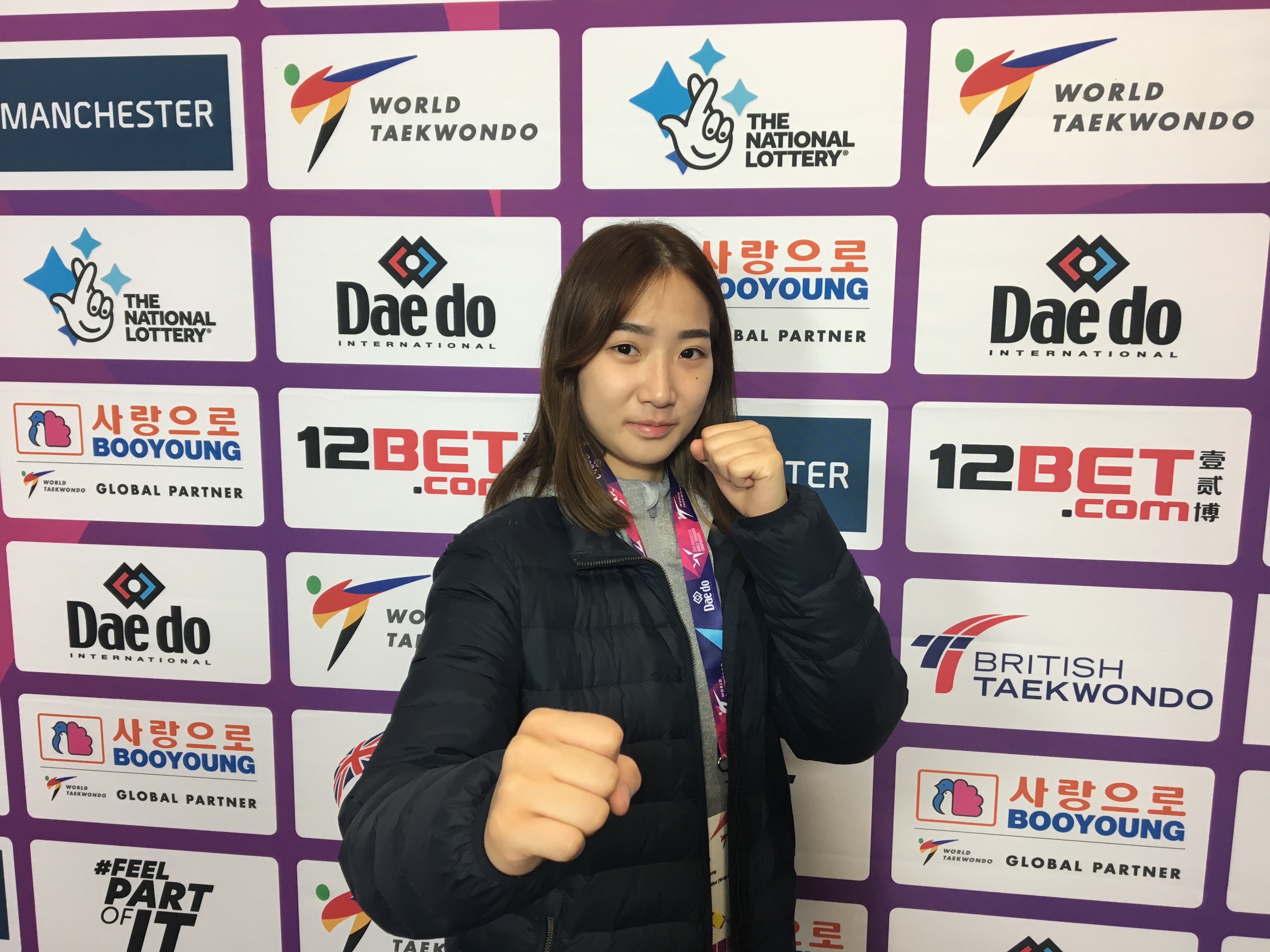 In fact, Sim did not feel the pressure you would expect if you were fighting to retain your crown as World Champion.

“In Muju [2017 World Taekwondo Championships] I was more nervous as it was my first try to win a World Championships. Many of the people in the crowd were from Korea and I knew some of them so that did make me feel more comfortable but I was still more nervous there.

“Here in Manchester, I felt some pressure as I didn’t have the same support from the audience but I was very focused as I was trying to win to maximise qualification points for the Olympics.”

Tokyo 2020 is clearly a major motivation for the young athlete as it would be her first ever Olympic Games.

“Obviously I would love to get gold at Tokyo 2020 but this is my first Olympics so really I just don’t want to get nervous and to go out and do my best. I am working hard to improve my physical skills because I am not the biggest in my category. I am smaller than the other athletes and so I tried to step a lot as I’m not as tall as other players.”

“My first goal is to participate in the next Olympic Games. I was focused on winning this final but I am also focused on avoiding getting injured. I got injured before and this was my first event this year and without injury I can keep performing.

Last April. Sim injured her knee and was out for two months and avoiding a repeat injury is at the forefront of her mind. When fighting she can’t feel the injury but she can when she trains a lot and so she has to manage her schedule to give her the best chance in Tokyo.

Next stop for Sim will be the World Taekwondo Grand Prix in Rome where she’ll hope to recreate the success she enjoyed here in Manchester but before that she has a vacation where she will try and rest as much as possible.

Having won her second World Championships there is no doubt her rest is well-earned.