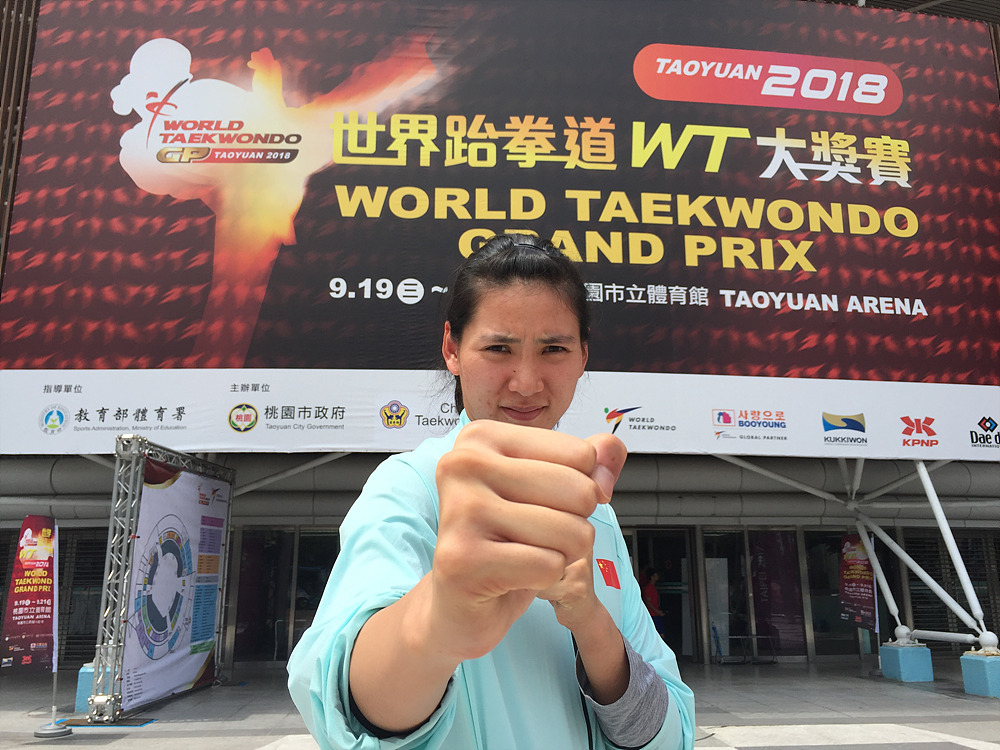 TAOYUAN, Chinese Taipei (Sept. 20, 2018) - Taekwondo is one of the world’s most widely spread, most globalized sports – and that is a fine thing. It does, however, present a problem. With athletes, coaches and officials hailing from all points of the compass, off-mats communication can be a problem: Warm-up areas and hotel lobbies at taekwondo events are Towers of Babel.

Team China’s Olympic superstar Shuyin Zheng has found a unique way to navigate this situation – she follows her nose. “I like all my opponents – Bianca Walkden of GB, Aleksandra Kowalczuk of Poland, Da-bin Lee of Korea, Milica Mandic of Serbia – and I want to be friends with them all, but I am not good at English,” she said. “So communication is all about body language - and smelling each others’ scents!”

Even so, it is not her nose that Zheng is known for: It is her height. The tallest player in the women’s heavyweight division, the 24-year-old’s nickname is “The Beautiful Giraffe.”

It was that giraffe-like physique – tall, slim, long-legged – that provided her with a passport into the sport. At the tender age of nine, she was scouted by a coach in her hometown of Dandong.

Dandong is well known for being where the Great Wall begins. It is also China’s historical gateway into the Korean peninsula: It sits across the Yalu River from the North Korean town of Sinuiju. Today, it is visited by many Koreans, and is also home to many Chinese-Koreans. Zheng is not Chinese-Korean – “I am all Chinese!” - but she took to the Korean-originated sport almost immediately.

“The coach picked me - only me! - as I was tall and had a strong body: I was perfect for taekwondo,” she said. “I picked up the motions very quickly and I can learn everything right away, so I loved it.” In elementary school she was (naturally) not too focused on her future: “When I was young, I just did it for fun - for kicking and knocking down - but I did not think I wanted to be an athlete.”

But talent is talent, and combined with training, the results came. In 2016, after the Olympic smoke cleared, Zheng became the toast of China when she mounted the winner’s podium in Rio. “After I won the Olympics, I just wanted to say a really big thanks to everyone who helped me,” she said. “I treasured that moment.”

Yet, while Rio 2016 was her biggest win, it was not necessarily her proudest competitive achievement. In addition to Rio, she cites gold at the Suzhou Grand Prix in 2014, and most especially a very hard-earned gold at the Mexican Grand Prix Final in 2015. “I worked really, really hard to be champ that time,” she recalled. “I had eight fights!”

And indeed, Zheng is still the number two seed in the category, but has not dominated it the way she did in the 2015-2016 season. But she is not against the rule changes, which, she admits, are injecting spectacle back into the game. “I don’t think too much about the rule changes,” she said. “I think it is better and better for taekwondo.”

Like virtually everyone else who is asked this question, her first choice is Korea’s Dae-hoon Lee. “He is really good, he fights well, very quick, very lively.” Team Russia’s “Red Machine,” Maksim Khramtcov, is another. “I like his moves, I like the ambience in his fights – it looks like he finds it easy to win.” Her third choice is another Korean, triple world champion Tae-hun Kim. “He finds it easy to win and has great technique, really great technique,” she said. “Very high standard.”

Analyzing her own game, she recognizes the criticality of preventing her opponents breaking inside her kicking arc. She plies a long-distance side kick to keep opponents at range, and drops a towering ax kick to the head as her big, point-scoring weapon.

However, the crowd-pleasing, high-scoring spin kicks are not part of her arsenal. “I am very tall, I have to be stable and flexible but I don’t like to do spinning kicks,” she said. “I am not that well balanced – if I spin, I don’t know what is north, south, east or west!” 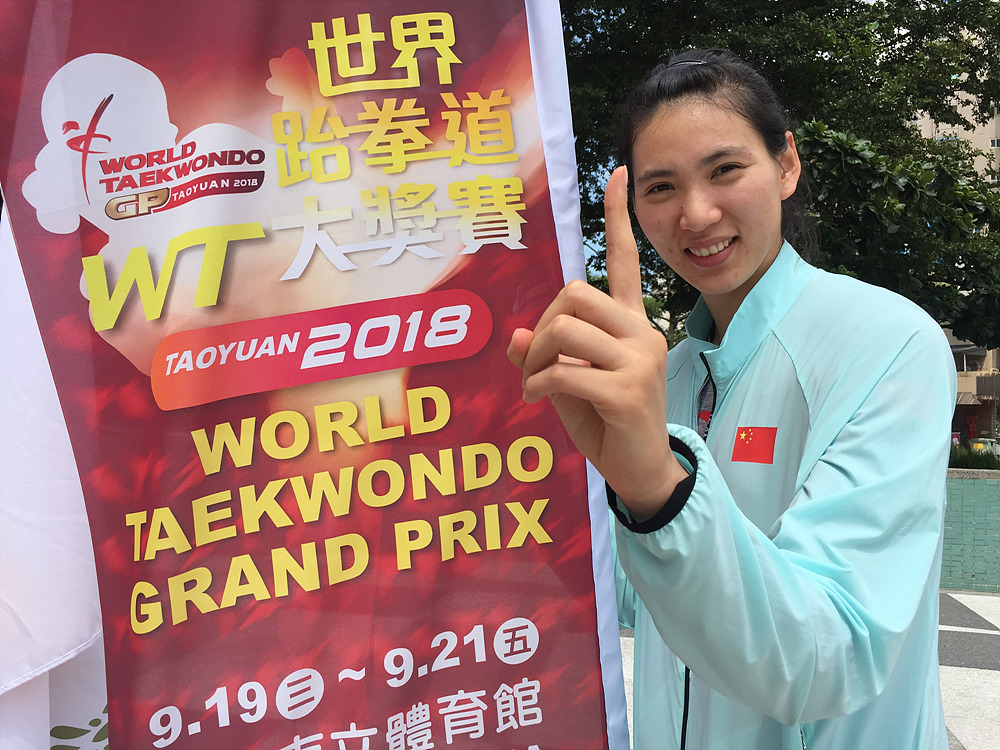 Focused on tomorrow, living in today

While double-Olympic gold medalist Jingyu “Joy” Wu is cited for first raising the profile of taekwondo in China, the sport gained an added blast of popularity after Zheng and team mate Shuai Zhao both struck gold in Rio in 2016.

“Lots of people in China are learning taekwondo now, it is becoming more popular than local martial arts,” she said. “The profile is rising, you can see the games on TV, and in every city in China, there are hundreds of dojangs where you can learn taekwondo.”

One reason for taekwondo’s rising popularity may be that, while it is a foreign sport, its etiquette is based on familiar Confucian modes of behavior. “Taekwondo is very polite and in China we have to be polite – this is Confucianism,” she says, grinning and bowing to show what she means. “You have to be polite, patient and model yourself on your seniors.”

An example of taekwondo’s heightened profile in China was at the recent Jakarta-Palembang Asian Games, where Zheng’s teammate Zhao was the standard bearer for Team China during the athletes’ march on. Now, in the midst of the Olympic cycle leading to Tokyo 2020, public expectations are high. “I have lots of pressure now. When I was an early competitor, I could calm down and analyze opponents,” Zheng said. “Now, I do not think too much, I am under a lot of pressure.”

Suyin Zheng: At a Glance

Hobby: “I like listening to the sound of the ideophone” (a kind of tin drum)

Why taekwondo: “It means a lot to me. My life is taekwondo.”

Motto: “You only live once, so enjoy the moment. You have to bold!”