SEOUL, Korea (Jan. 22, 2018) – Taekwondo’s most exciting competitive format will be on display at the Wuxi World Cup Team Championships, which brings to a close the inaugural World Taekwondo Grand Slam Champions Series in Wuxi, China, with female, male and mixed-gender teams fighting for gold.

The World Cup Team Championships – taekwondo’s “battle of the nations” – is a maelstrom of lightning substitutions, whirling players and flying feet. As such, it is faster  paced, more dynamic and more spectator-friendly than the individual game, which can sometimes get tactical and technical.

The teams represented in Wuxi are largely those which came out top in the 2017 World Taekwondo Team Championships in Abidjan, Cote d’Ivoire, in December.

Odds are good that some of the precious metal will go to China, which has taken the team format to heart and which dominated the World Teams in December, seizing two out of the three golds on offer. In Wuxi, the Chinese lads and lasses will also have a home-town advantage, buoyed by the crowd.

Iran is another nation which has invested in the team competition, and has been rewarded with a consistently strong record in the format. Given the apparent loss of form by their individual male players since Rio 2016, team competition offers another avenue for success: one Iranian official admitted that the men’s team victory in Abidjan was as much a relief as a delight - otherwise the squad would have returned home empty-handed. Expect fireworks in Wuxi: The Iranian Men’s Team fought an absolute scorcher of a match in the final against the Russians in Abidjan. 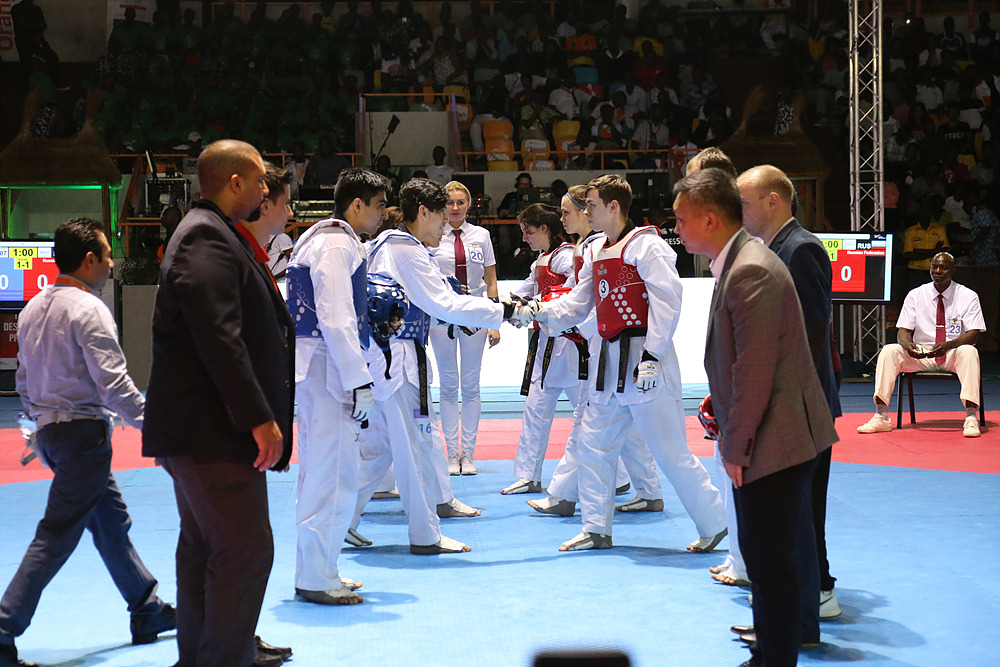 Ah - those Russians.  Team Russia must be seen as extremely strong contenders in the men’s and mixed gender categories as they lost so, very, very closely in both categories in the finals of the Worlds in Abidjan. In the male team category – after a spectacular battle that could have gone either way – the men from Moscow lost by just one point, 33-34, to the Iranians. In the mixed gender category, things were even tighter: The Russians lost the match in golden point.  For sure, these two highly professional, but unlucky, outfits will be hoping that fortune is kinder to them in Wuxi than it was in Abidjan. They will also be seeking revenge.

Finally, Korea is always a nation worth watching in taekwondo; it continues to lead the world in individual competition. However, the country, while always being a consistent threat in team competition, has fared poorly in the medal rankings. This may be due to the physical size of their teams: The Koreas tend not to be as big as their opponents, and height and leg length are key advantages in taekwondo.

For those seeking a look into the future of team competition, Wuxi may offer an interesting crystal ball.

Customarily, team coaches have been reluctant to risk their top individual players in the maelstrom of team competition, but now, with WT pushing the format as a possible medal option at the Paris 2024 Olympics, this seems to be changing: It was noteworthy that the top teams at the World Team Championships in Abidjan in December fielded some of their best individual fighters.

So, pundits will be watching keenly to see which individual stars the national team coaches are fielding in the teams.

Tune into the action – captured in spectacular style on 4D camera – via livestream on the WT website, and see which nations will emerge victorious.