Day 2 in Guadalajara Proves Golden for Belgium, Serbia and Mexico 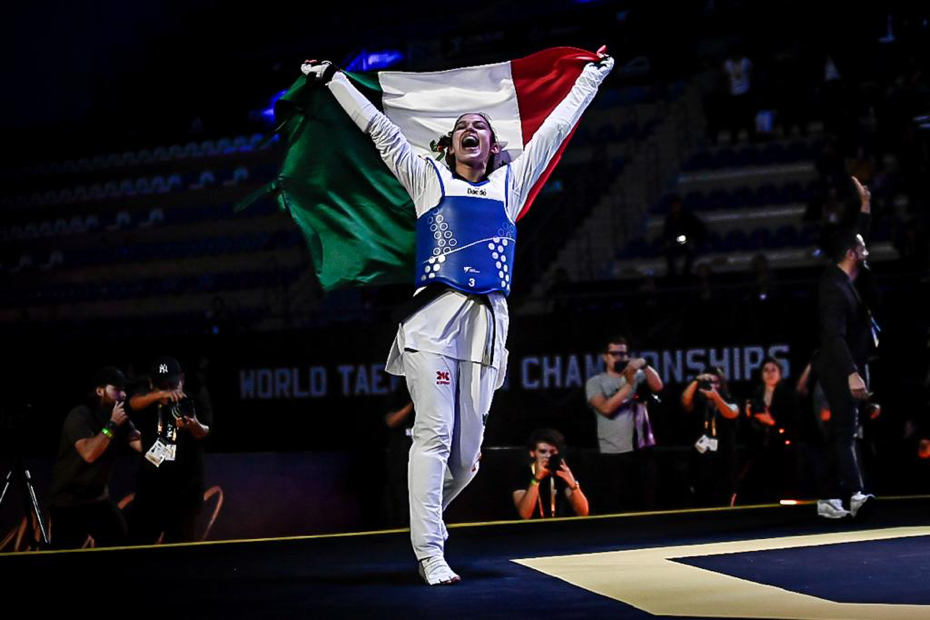 GUADALAJARA Mexico (Nov. 15, 2022) – Day 1 of the 2022 World Championships delivered two golds for Asia, but the rest of the world struck back on Day 2, as brand-new world champions were crowned today from Belgium, Serbia and Mexico.

The second day in Guadalajara was a densely packed schedule, with not two, but three categories being contested at the Centro Acuatico CODE Metropolitano.

Sarah Chaari of Belgium won the W-62kg title, Mahdi Khodabakhshi of Serbia won the M-87kg category, and – to the delight of the crowd - Leslie Soltero of Mexico won the W-67kg division.

The final pitted Chaari of Belgium against the entertaining and sure-footed Theopoula Sarvanaki of Greece.

Round 1 started at a fast pace, with both athletes firing off plentiful firepower. Chaari had the height advantage, but Sarvanaki was fighting more cleanly, and Chaari’s grabs lost her the first. Round 2 saw the Belgian go onto the attack, clawing back a lead after a scrappy fight - taking the match to the third.

Round 3 continued in the same messy style with Sarvanaki one point up for grabbing – then the Greek landed a textbook, out-of-nowhere round kick to Chaari’s jaw. Chaari had to fight back and suddenly it was all on: Head kicks, body kicks, punches, grabs and falls at a whirlwind conclusion to the round. It ended 12-7 to Chaari.

Not only did the ferocity of the fight win an especially loud round of applause from the crowd - but a piece of Taekwondo history was written.

Chaari is the first-ever fighter to win golds at both Junior and Senior World Championships in the same year. The Belgian, who moved up to the senior division this year, had previously won gold in the Junior Worlds in Sofia in August.

Bronzes were won by Aaliyah Powell of GB and Feruza Sadikova of Uzbekistan.

The final in this highly competitive category saw China’s Mingkuan Meng do battle against Mahdi Khodabakhshi of Serbia. Taekwondo fans will remember Khodabakhshi – at 31, nine years older than his opponent – as a mainstay of Team Iran. Now, having married a Serb, he has joined Coach Dragan Jovic’s world-beating Team Serbia.

As Round 1 got underway, the Serb landed a punch for a point and several kicks to the body – which did not register. Meng is deadly dangerous with his multiple-angled head kicks, but Khodabakhshi is hugely experienced and weaved out of trouble, taking the first round with a single point.

The Chinese came back, fast, early in Round 2, winning three points for a body kick and a tumble – but then the Serb got back on his feet, landed a head kick and it was 3-3. The seconds counted down in a series of kicks, clinches and falls but Khodabakhshi kept his cool and the round ended 5-4. Under the “best of three” system, that was it – gold for the Serb.

It as a vintage performance by a veteran of the game against a serious challenge from Meng, who won well-deserved silver. Guadalajara is Khodabakhshi’s second World Championship title, having previously won at Chelyabinsk, for Iran, in 2015.

Nikita Rafalovich of Uzbekistan and Bryan Salazar of Mexico had to be satisfied with bronzes.

The last final of the night pitched hometown girl Soltero against the second Serb to reach the finals, Aleksandra Perisic.

Things started at a heated pace. The Mexican won three points after her coach called an IVR for a head kick, going 3-2 up, before the fight went ballistic. Round 1 ended with a very tightly contested 6-5 score to Soltero – drawing chants of “Mexico” from the crowd and appreciative tunes from a Mariachi band in the stands.

Round 2 got underway with three points for a head kick for the Mexican then another three points then a head kick from the Serb won three points: Even all. In the last seconds, Perisic scored to the body, taking Round 2 – and taking the match to Round 3.

In Round 3 the combat was so intense it was impossible to keep track. It ended in Soltero’s favor. The crowd went wild at the victory, as Soltero – and members of Team Mexico in the VIP stands – wept literal tears of joy.

Action continues at the Centro Acuatico CODE Metropolitano tomorrow with the M-68kg and the W-49kg. 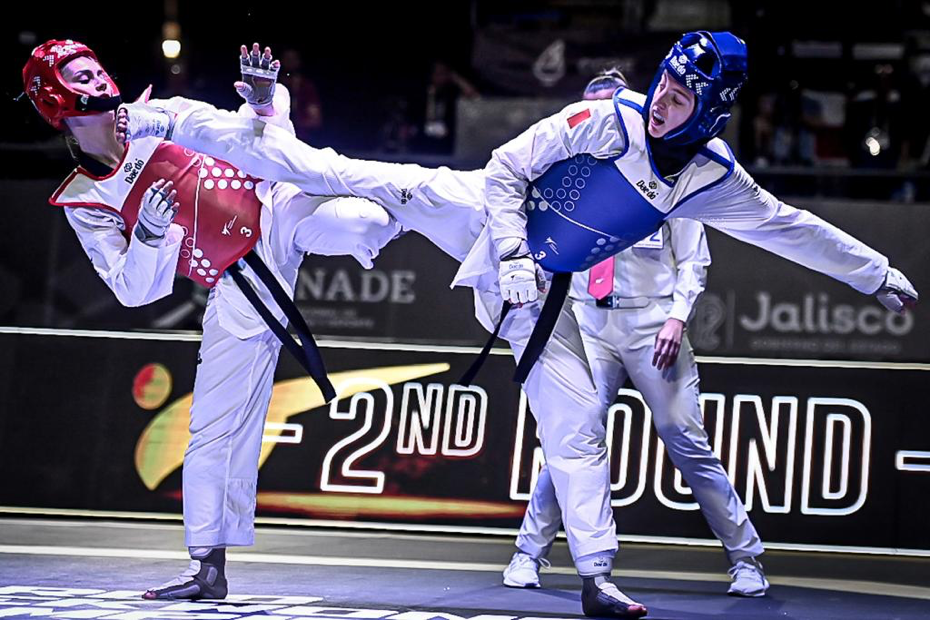 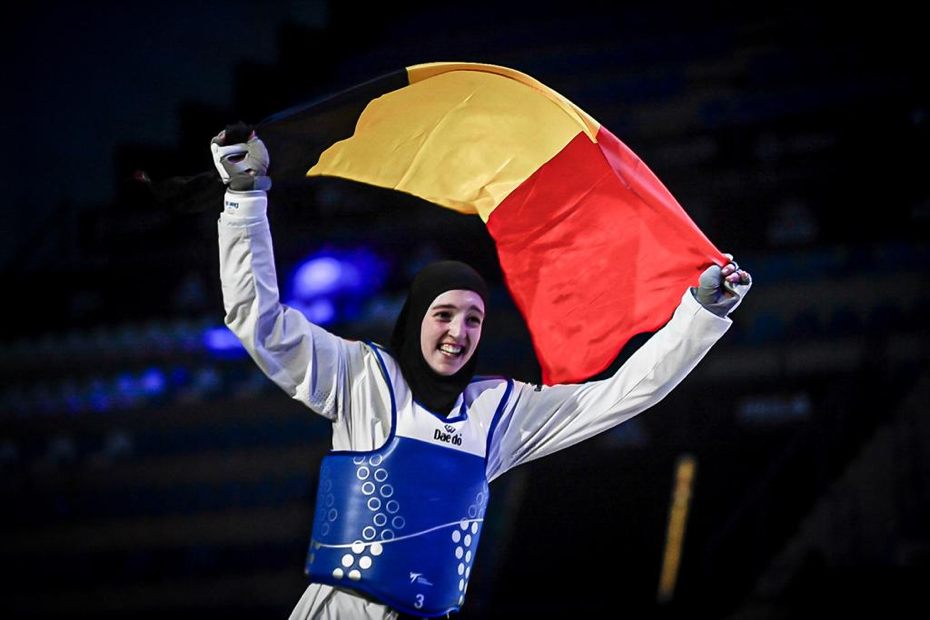 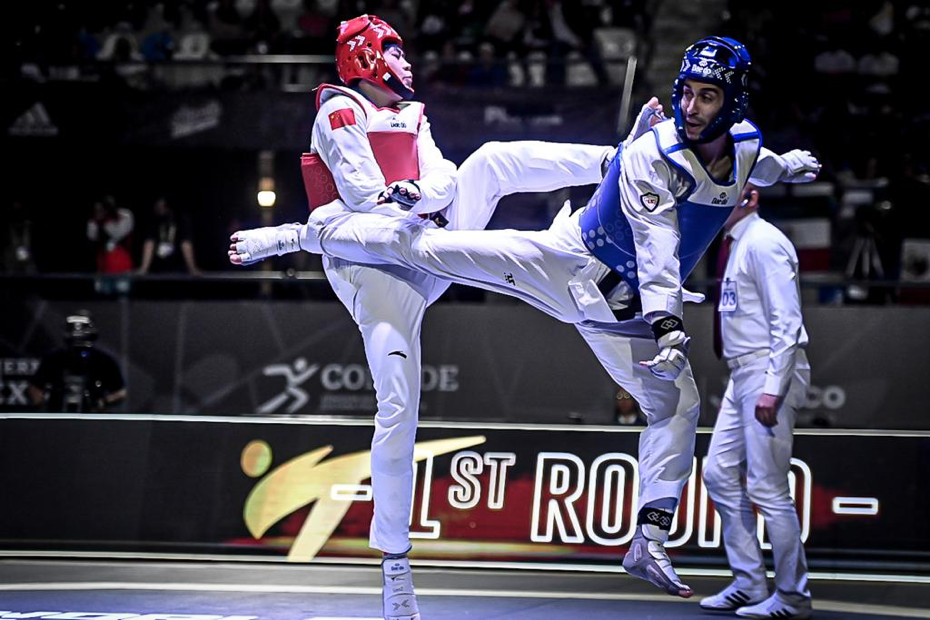 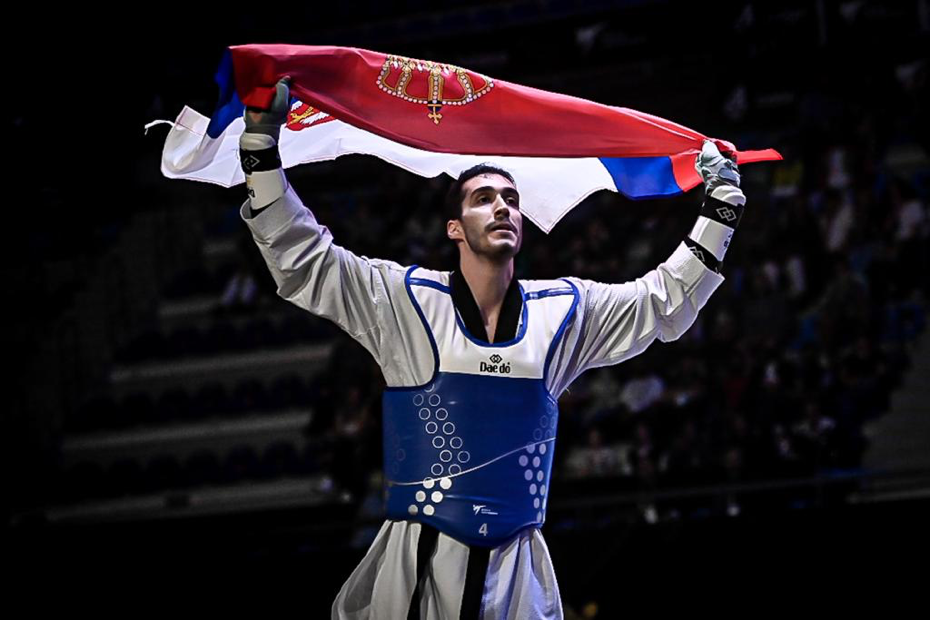 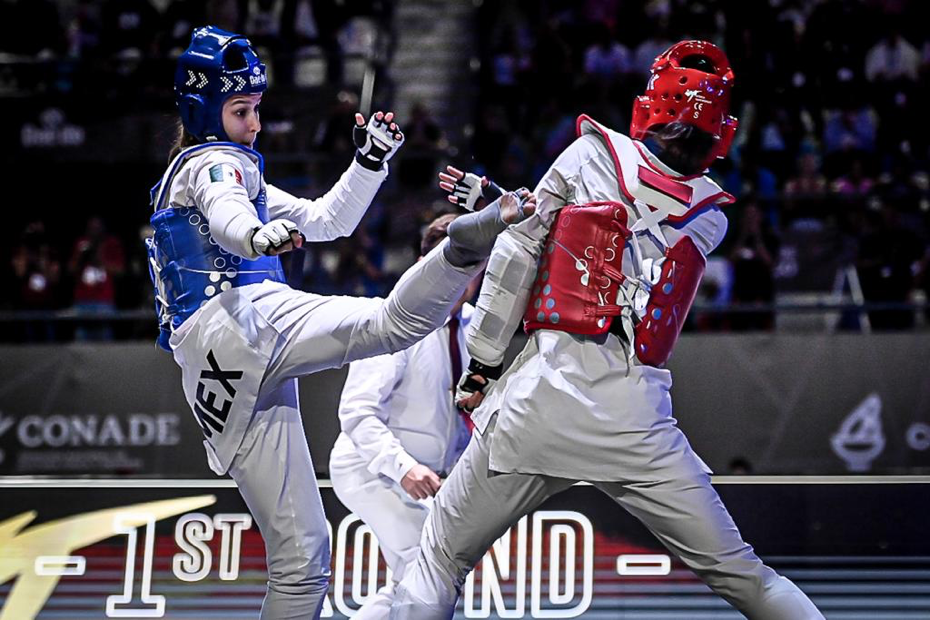 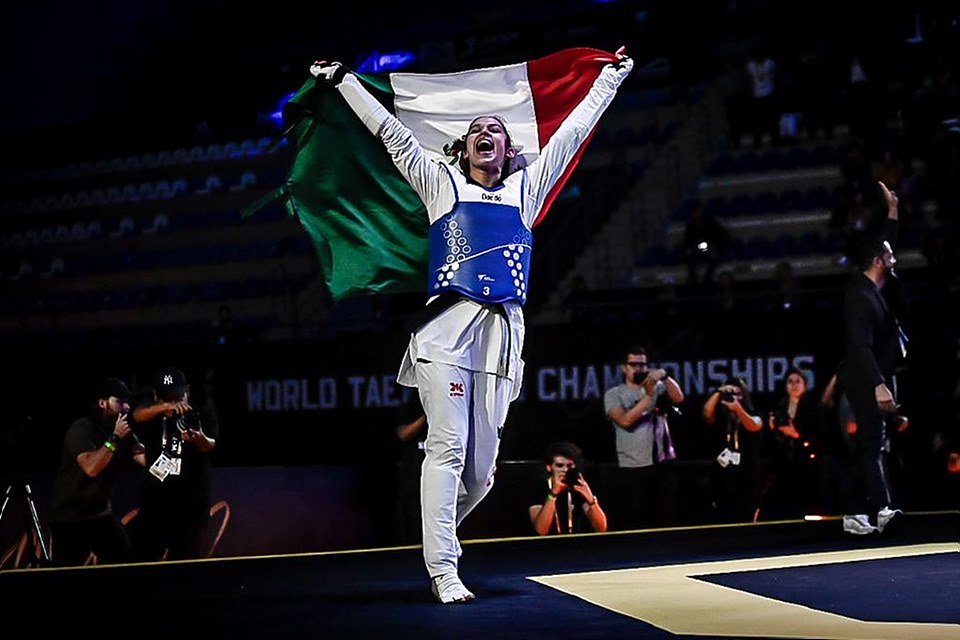 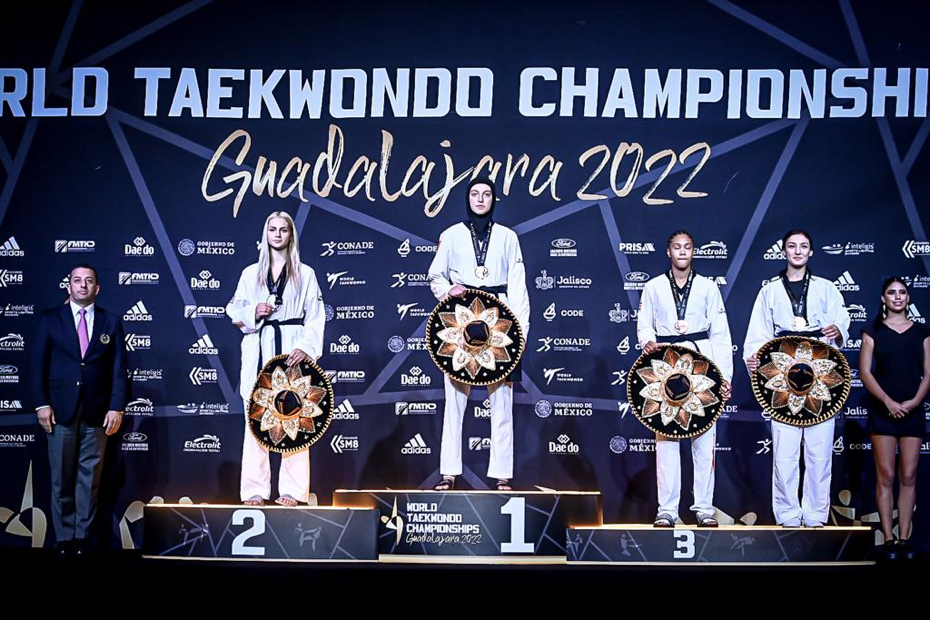 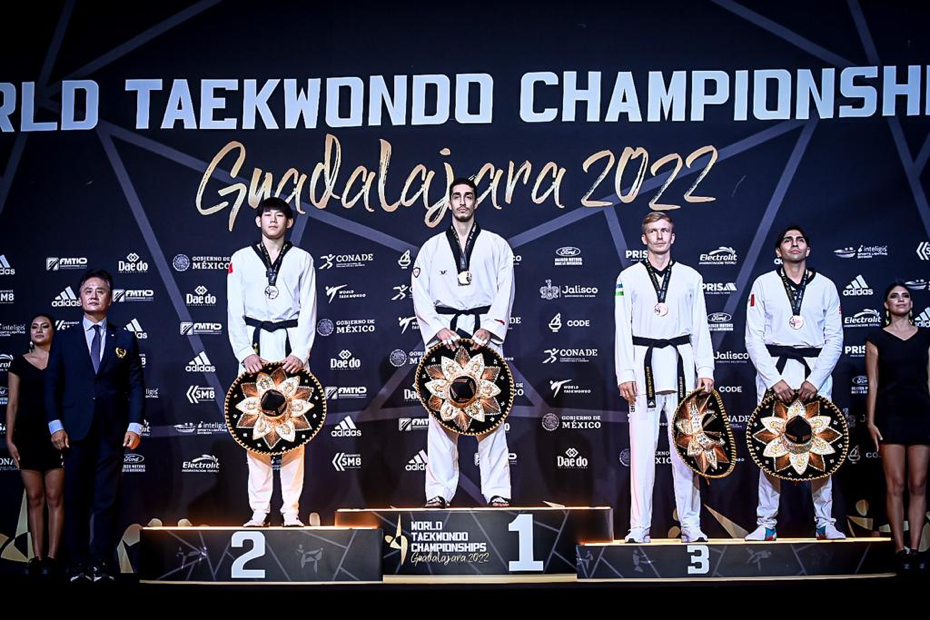 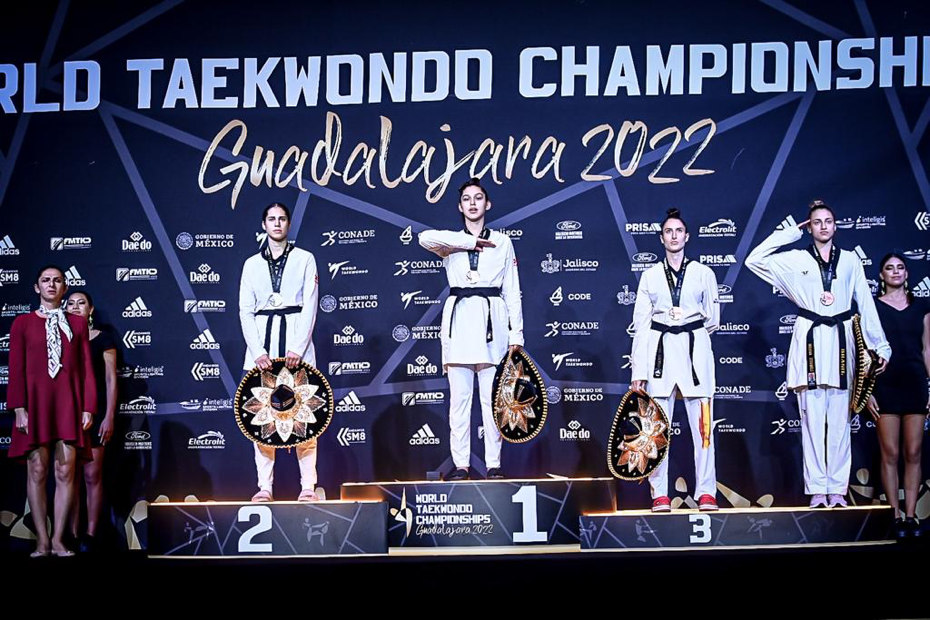