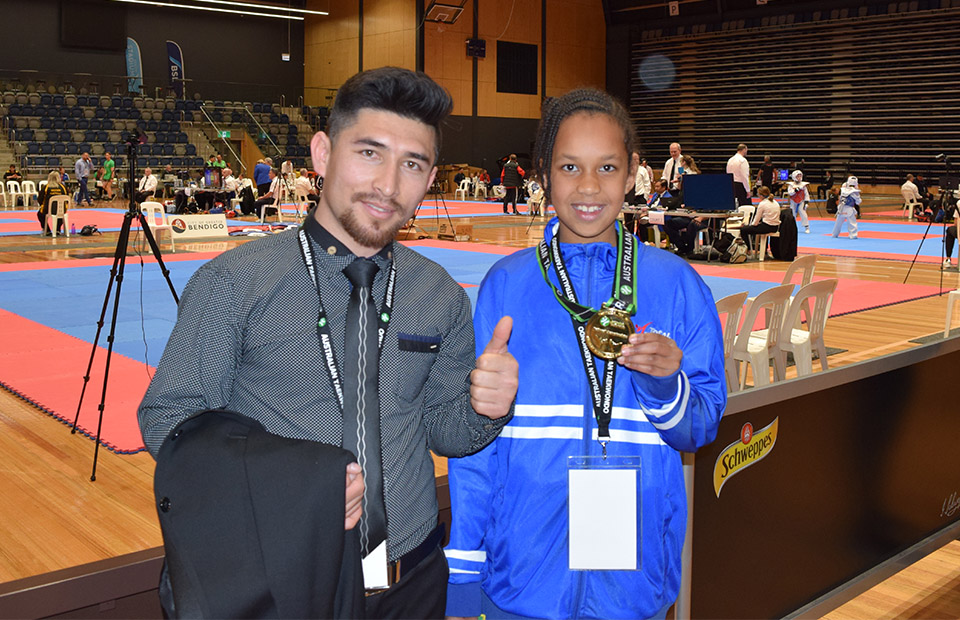 13 year-old Akon Baak is preparing to represent her country for the first time next week when she competes in the World Taekwondo Cadet Championships in Sofia, Bulgaria.

For any 13 year-old this is a daunting prospect. “I’m also pretty nervous because it’s my first ever international competition,” Akon said. “Travelling halfway around the world to compete for Australia is really exciting but also feels a bit nerve-wracking”

However, as the daughter of a refugee, Akon is well aware of what an honour it is to be able to compete internationally.

“My Dad was a refugee from South Sudan and my great grandparents on my Mum’s side were refugees from Poland and Russia,” she says.

“My coach, Mohammad Reza Hassani, was a refugee from Afghanistan and many of the other students in my club have also come to Australia as refugees. I feel really lucky to be able live in a country and be part of a taekwondo club and sport that brings together people from all backgrounds to do something that they love.

“I also think that my family background helps me realise how lucky I am to have these opportunities to excel in sport and travel the world to compete. I hope I can do them all proud.”

That feeling of community is clearly a strong driver for Akon and taekwondo, as a sport which can be practised by all has provided plenty of opportunities to make new friends.

“Since I started taekwondo, so many different people at my club and in the broader taekwondo community have helped me develop my skills and challenged me to be the best I can be.

“I’m really grateful to my coach, Mohammad Reza Hassani at Total Taekwondo Academy, and all my club members for encouraging me and teaching me more at every training.  Also to John Haggerty at Caledonian Taekwondo in Glasgow, Scotland, who first introduced me to taekwondo when I was living there with my family.

“I like taekwondo because I get to make new friends at each competition that I go to and there is a community that supports each other to improve and have fun.  I also like going to training and always working towards improving my taekwondo skills.”

“My ambitions for the future are to be able to attend more international competitions so that I can keep on improving and then maybe one day represent my country at the Olympics.”

But first, it is the World Taekwondo Cadet Championships and Akon is relishing the chance to compete against the best young taekwondo athletes from around the world. 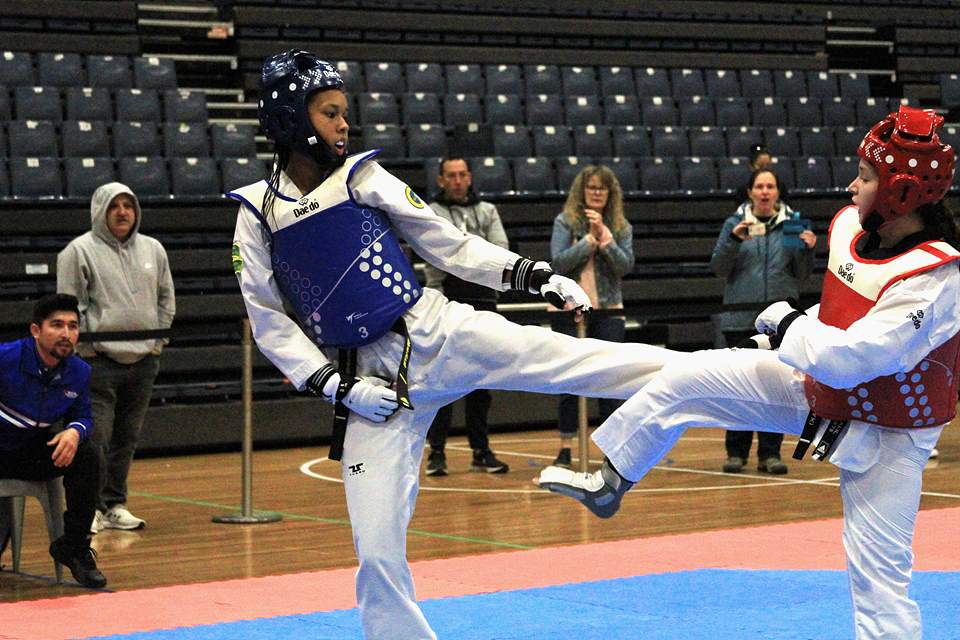