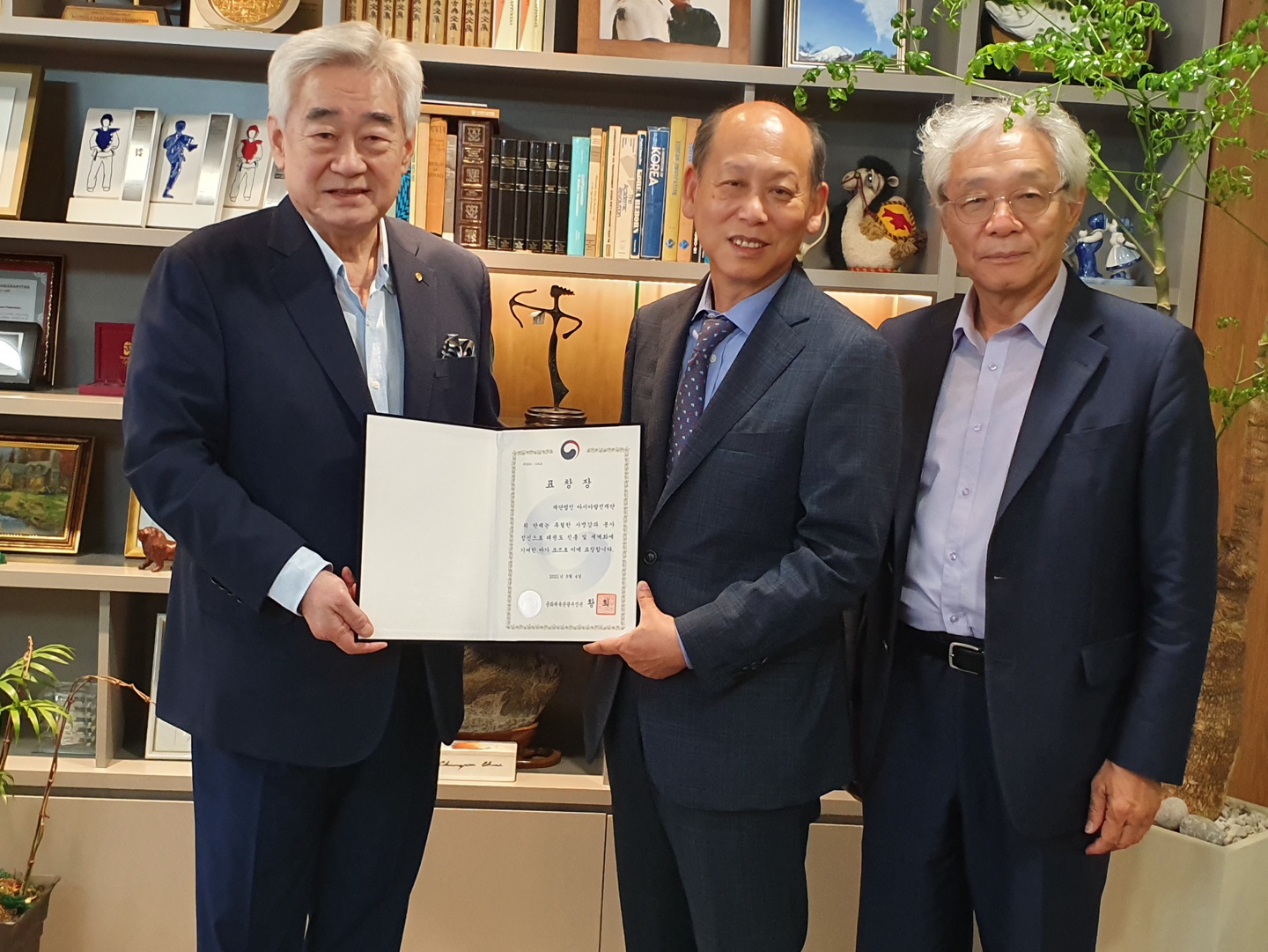 SEOUL, Korea – (September 10, 2021) The Asia Development Foundation (ADF) has received a commendation from the Korean Ministry of Culture, Sports and Tourism (“MCST”) on the occasion of the 2021 Taekwondo Day.

The ministerial citation was given to the ADF in recognition of the federation’s years of financial support to World Taekwondo to help empower the powerless in developing countries in Asia, thus helping enhance the image of taekwondo abroad.

The Korean Government has commemorated the September 4 Taekwondo Day since 2008. On September 4, 1994 the International Olympic Committee decided to include taekwondo as an official sport at the 2000 Sydney Olympic Games. Because of the prolonged COVID-19 pandemic, the 2021 Taekwondo Day ceremony did not take place on September 4, but a commemorative video was shown to the public.

The speeches was followed by the introduction of the recipients of the ministerial citations. Among the recipients were the late Kim Jin-young, a former Uzbekistan national taekwondo team head coach in recognition of his efforts to help Uzbekistan take a gold medal for the first time in taekwondo at the 2020 Tokyo Olympic Games, and the Italy Taekwondo Federation, headed by Mr. Angelo Cito, recognizing the federation’s efforts to foster closer relations with the Vatican and taekwondo demonstration in front of the Pope.

On behalf of the sports minister Hwang, WT President Choue delivered the ministerial citation to ADF Chairman Kim Joon-il at the WT headquarters in downtown Seoul, Korea at 2:30 p.m. on September 10.

WT and ADF plan to expand the Cares projects to Mongol, Kyrgyzstan, Uzbekistan, Jordan and other countries this year, pending the COVID-19 situation.