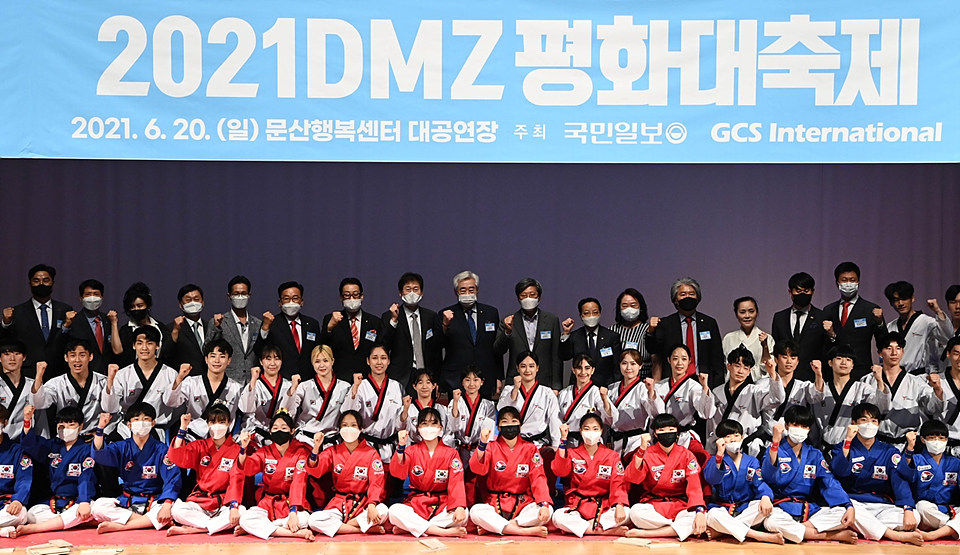 The 2021 DMZ (Demilitarized Zone) Peace Festival, the third of its kind, was jointly promoted by GCS International, a Seoul-based UN-affiliated NGO, and the Kukmin Ilbo daily.

The event, which was held at the Theater Hall of the Munsan Administrative Welfare Center in Paju, north of Seoul and near the DMZ, was supported by World Taekwondo; the Korea Ministry of Culture, Sports and Tourism; GCS Korea Chapter, and the Korea Fair Play Committee.

Because of the COVID-19 situation, a maximum of 100 people were allowed to participate in the annual event, in which the WT Demonstration Team and the GCS Global Peace Corps Taekwondo Heroes Team made their respective performances.

There was an awarding ceremony for 54 winners of an I hope the 2022 DMZ art contest by Cooperation Act, a U.S. NGO.
The awarding ceremony was followed by taekwondo performances by the GCS Global Peace Corps Taekwondo Heroes Team and the WT Demonstration Team, drawing big applause from the participants.

U.S. House of Representatives Michelle Park Steel and Young Kim sent their respective congratulatory video messages for the 2021 DMZ Peace Festival.
“I wish the 2022 DMZ Peace Festival will be COVID-19 free and draw more than 10,000 people, as we saw at the inaugural 2019 DMZ event at the Imjingak Peace Nuri Park in Paju,” said Dr. Chungwon Choue during his opening remarks.

“I also hope that the taekwondo demonstration team of the North Korea-led International Taekwondo Federation will perform at the 2022 DMZ World Festival.” 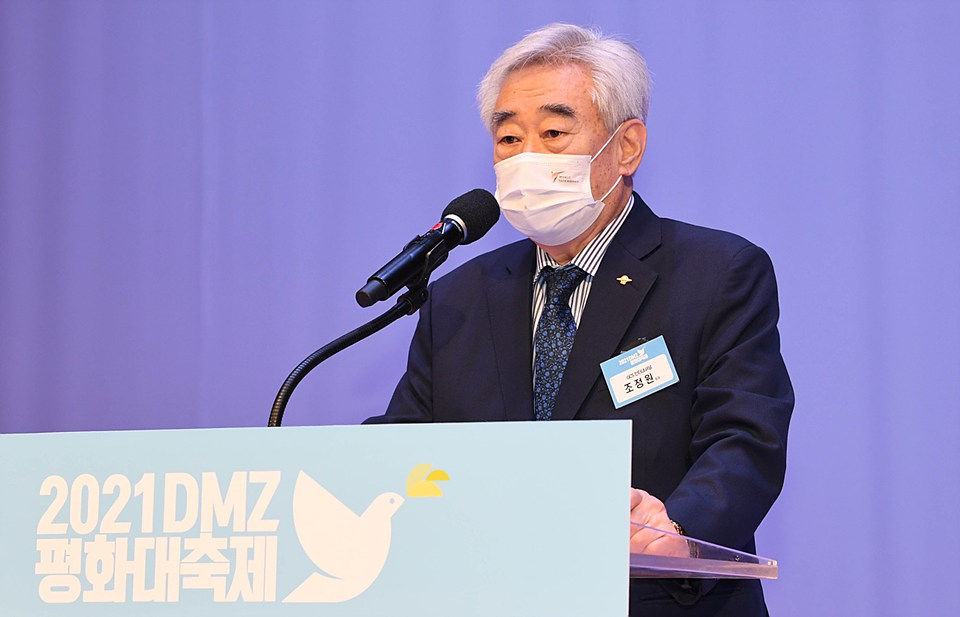