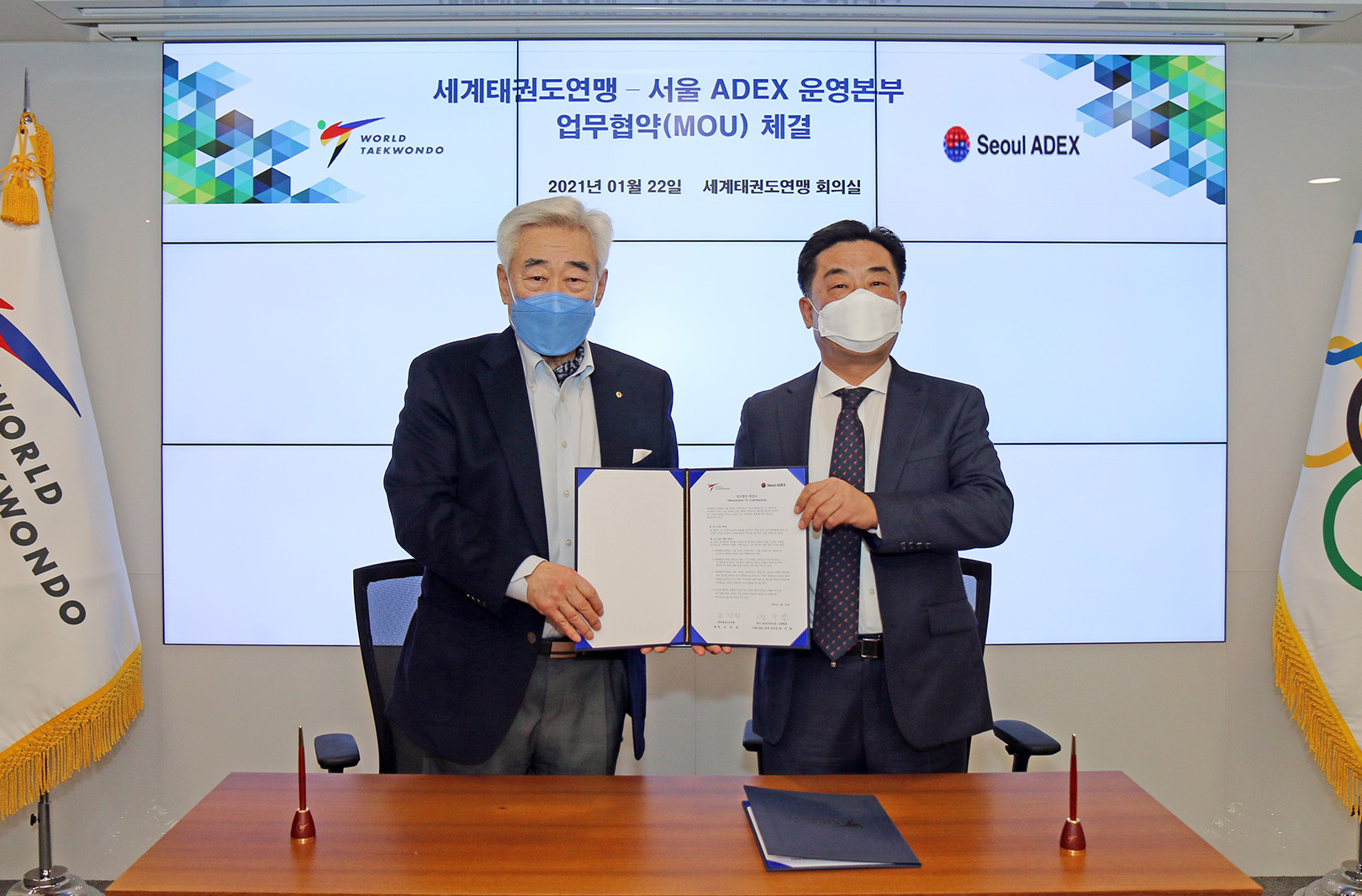 The signing ceremony took place on January 22 at the World Taekwondo headquarters in Seoul and was attended by World Taekwondo President Dr. Chungwon Choue, and Executive Director of Seoul ADEX, Sukchul Jang.

Under the terms of the MoU, the two organizations will work together to ensure the successful hosting of the Seoul ADEX Air Show, with the World Taekwondo demonstration team to perform during the show and at other international competitions and events organized by the two organizations.

“We are delighted to sign this MoU with Seoul ADEX. This collaborative partnership is an excellent opportunity to engage with new audiences and showcase taekwondo’s global appeal.

“Our demonstration team has performed at Olympic Games and major events all around the world. Their performance at the Seoul ADEX Air Show will be another opportunity to demonstrate the joy of taekwondo and capture the imagination of global leaders.”

The ADEX show originated as the “Seoul Air Show” in 1996 and is now Korea's largest exhibition specializing in aerospace defense. In 2019 it was attended by 334 defense ministers from 48 countries, 430 companies from 31 countries and many other high-level officials.

This year the show is due to take place October 19-24 at the Seoul Airport in Seongnam, Gyeonggi Province.  The World Taekwondo demonstration team will perform at the Opening Ceremony of the Seoul Air Show on October 19. 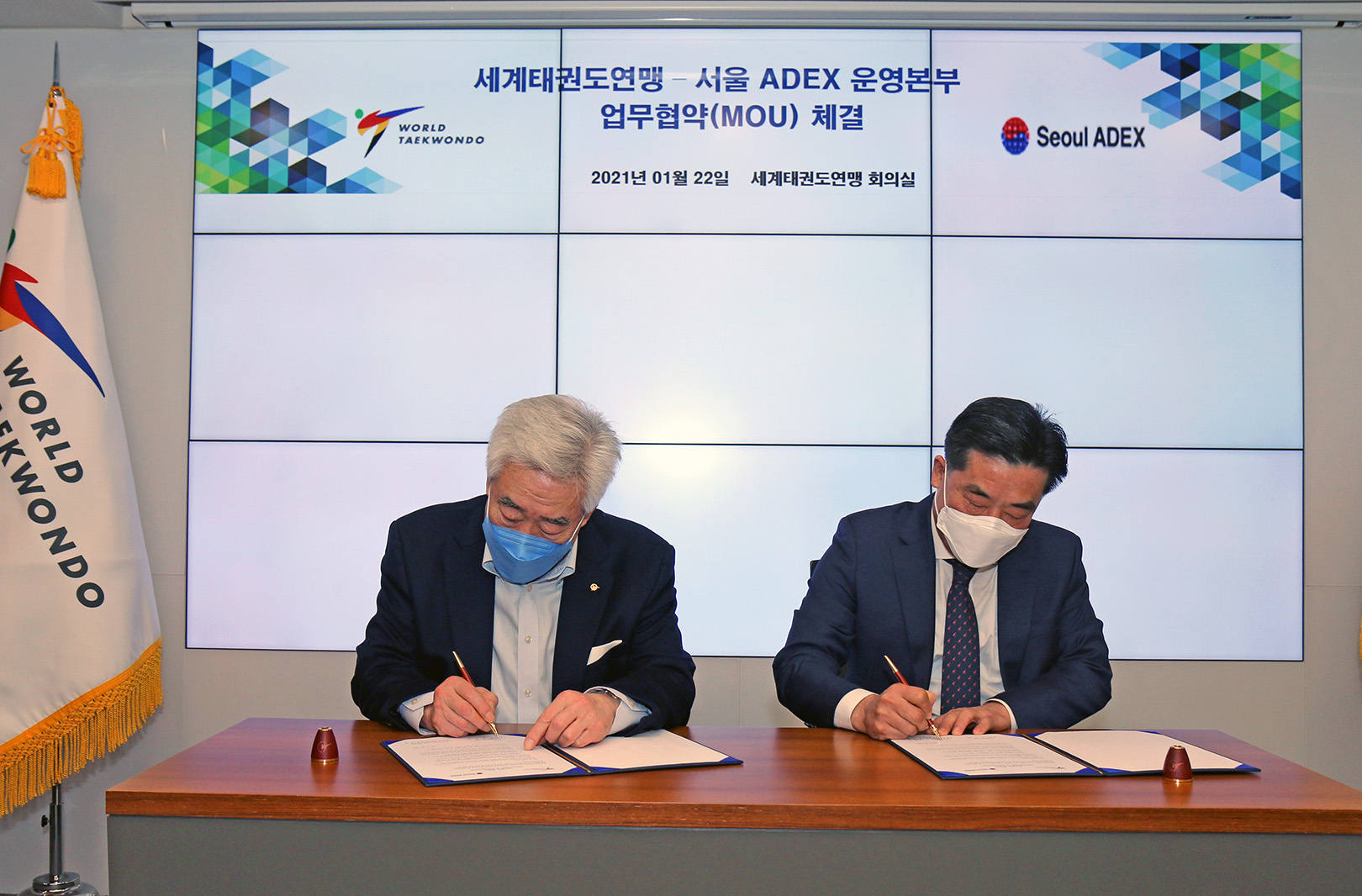