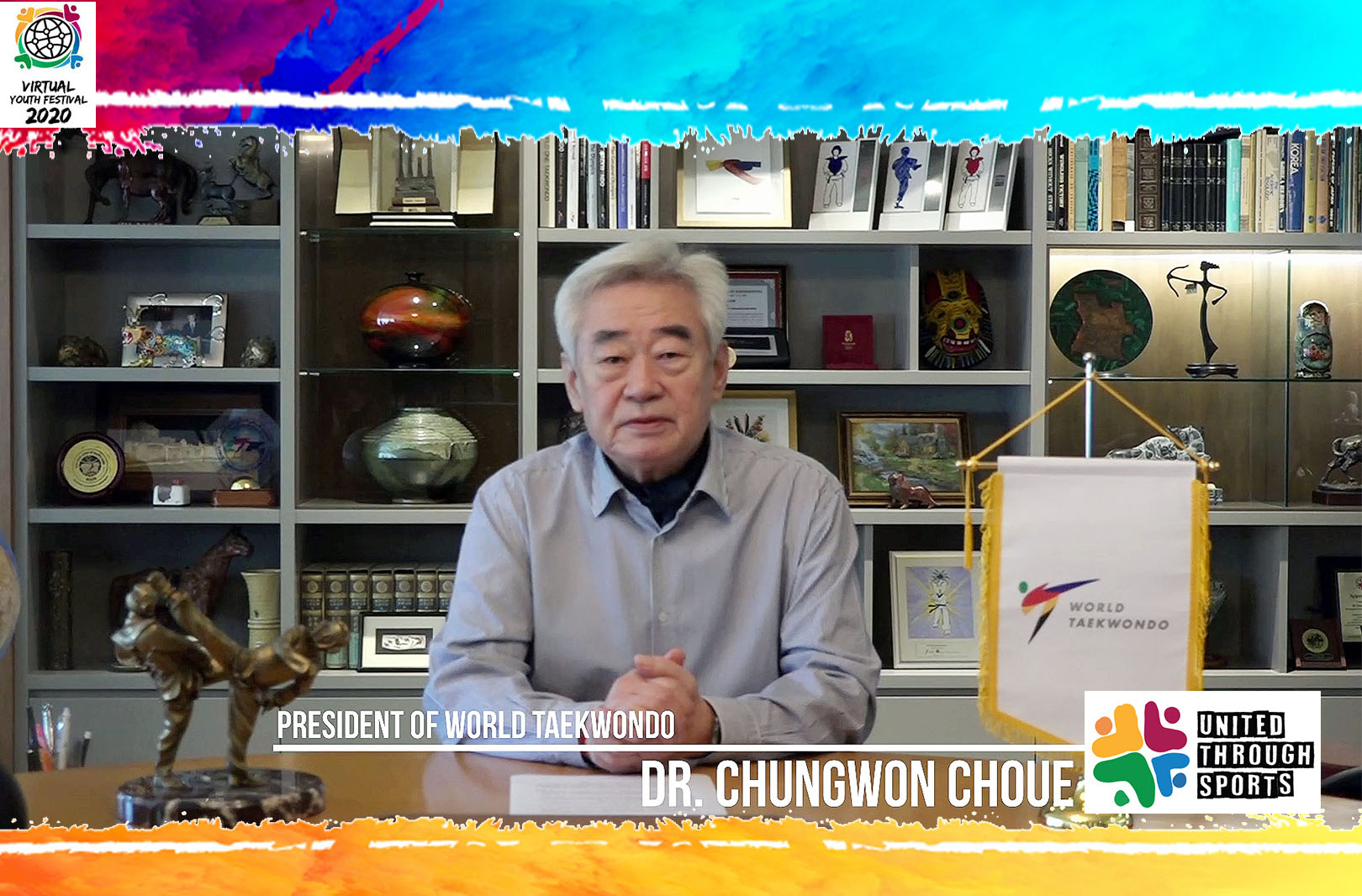 November 21, 2020 - World Taekwondo President Chungwon was among the high-profile speakers who delivered a keynote address for the Opening Conference of the first ever United Through Sport (UTS) Virtual Youth Festival on 20 November.

“Humanity as a whole must adapt to thrive in today’s world. Now more than ever, we need to be more connected online. At the same time, we are International Sports Federations need to reset and remain relevant to society. The youth needs us, and we need the youth.

“It is what we promote in World Taekwondo as well, through our ideals of achieving One World, One Sport Taekwondo. On behalf of World Taekwondo, I am proud to be a part of this youth festival.”

The Virtual Youth Festival was supported by more than 100 organisations who united together to showcase and promote inclusion, equality, non-discrimination and peace.

The Festival programme began on Wednesday 18 November and concludes tomorrow on Sunday 22 November. Over the course of the five days a number of workshops and panels will have taken place. Five festival competitions took place today - max fit, aero fit, a talent contest, the IPC Inclusive Sports Challenge and the Special Olympics Unified Fitness Challenge.

President Choue today was also a panellist on the second panel of the Festival which was entitled ‘Olympic Truth: Sport towards Peace Promotion.’ He was joined virtually by Mohanned Al Arabiat, President, of Generations for Peace;  James Chiengjiek Nyang, IOC Refugee Team and Marius Vizer, President of the International Judo Federation (IJF).

During the panel, President Choue described the initiatives that World Taekwondo has undertaken to support the global peace movement through taekwondo. Beginning with the launch of the Taekwondo Peace Corps, President Choue revealed that more than 2,000 volunteers and coaches in 40 developing and countries in need have been reached.

President Choue then touched on the creation of the Taekwondo Humanitarian Foundation (THF), which has helped engage and empower young refugee children with the values of Olympism and peace. As of today, 15 children from the THF are black belt holders with one of them even on the Olympic Scholarship training for the Tokyo Olympic Games next year.

The third and final global peace movement through taekwondo, the President addressed was Taekwondo Cares for sport development programme. In the last two years it has helped the World Taekwondo Member National Associations with more than 3.5 million US dollars worth of financial and equipment support.

In conclusion, President Choue described how World Taekwondo is contributing to peace efforts in the Korean Peninsula as well as how the federation has demonstrated its commitment to inclusivity, gender equality and sustainability through a number of concrete actions and initiatives.