The 2019 DMZ Peace Festival was jointly promoted by GCS International, headed by Dr. Chungwon Choue, who also serves as president of World Taekwondo, and the Kukmin Daily, one of Korea’s influential nationwide newspapers.

The inaugural event was organized by the DMZ Peace Festival Organizing Committee and Co. Act, a non-profit organization initially run by high school and college students in the United States.

Among supporters of the peace festival were World Taekwondo, the Oughtopian Peace Foundation, Radian QBio, Paju City, the Korean National Tuberculosis Association, the National Unification Advisory Council and the Korea Ministry of Culture, Sports and Tourism.

Under the theme “Hand in Hand for Peace” the one-day event aimed to provide free taekwondo education for children in developing countries and world peace. 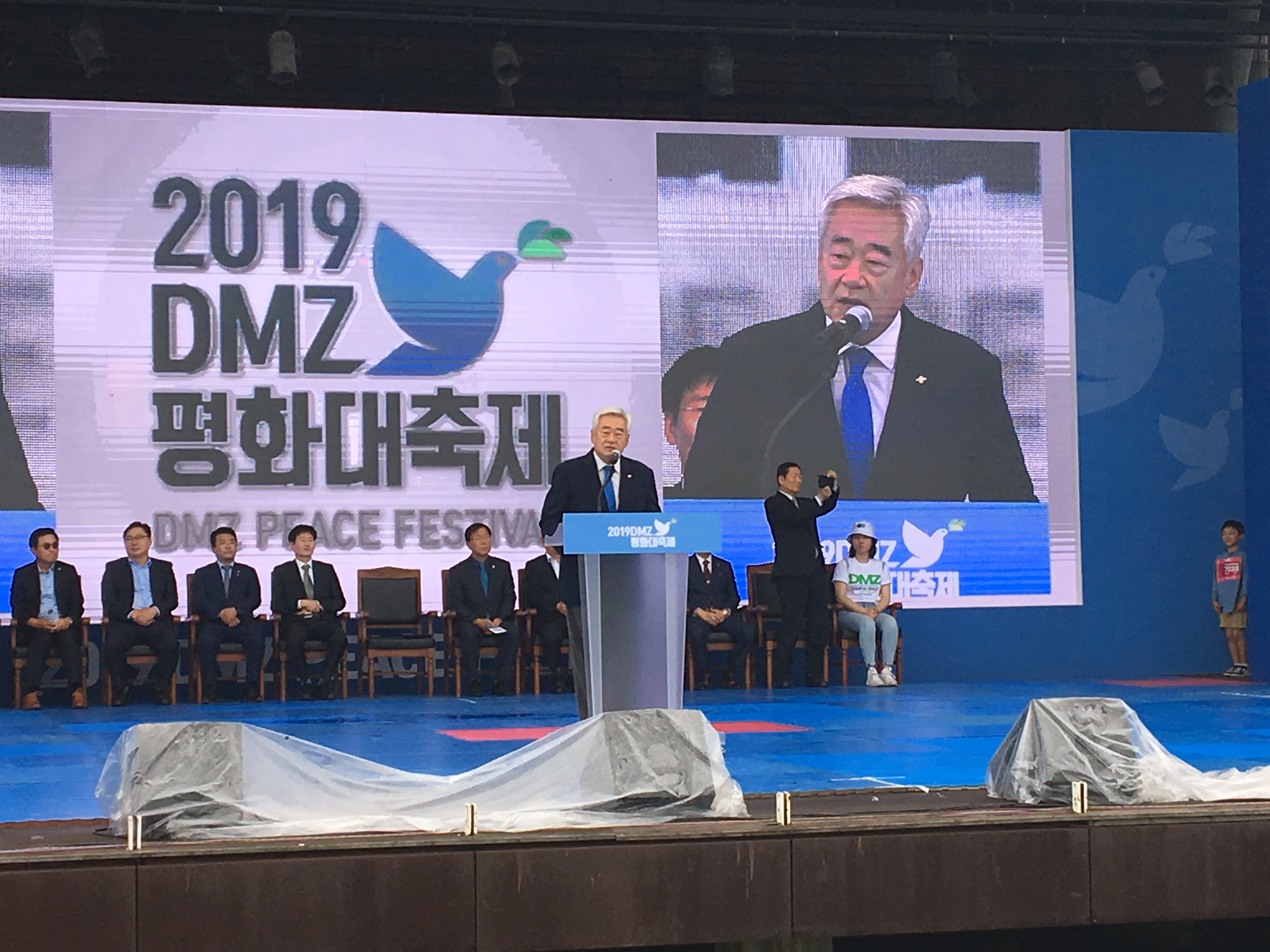 Among VIPs attending the inaugural DMZ Peace Festival were GCS International President Chungwon Choue; Byun Jae-woon, president of the Kukmin Ilbo; Roh Tae-kang, the 2nd vice minister of the Korean Ministry of Culture, Sports and Tourism; Lee Hwa-young, vice governor for peace of Gyeonggi Province; Choi Jong-whan, major of Paju City and Seung Myung-ho, a board member of GCS International and chairman of the Hankook Ilbo.

The festival was composed of two parts: an official opening ceremony including taekwondo performances by the WT Taekwondo Demonstration Team and the GCS Global Peace Corps Taekwondo Demonstration Team and an art exhibition along the electric fences of the DMZ near the Peace Nuri Park. It takes about one hour by car to get to the Paju Peace Nuri Park from Seoul.

Around 5,000 taekwondo practitioners from across Korea made a flash mob performance, wishing for world peace, drawing a big applause from the spectators.

For the art exhibition of the 2019 DMZ Peace Festival, Cooperation Act, a U.S. NGO, received about 500 art pieces, drawings and/or paintings, in a digital art file from participants outside of Korea. The topic of the art exhibition was world peace. The art pieces were on display in an original size and/or in a postcard size in two designated areas of the 3.2km span of the DMZ.

“We are pleased to work with the Kukmin Daily for the 2019 DMZ Peace Festival through which we want to show the world that taekwondo is a peace-loving Olympic sport,” said Dr. Chungwon Choue. 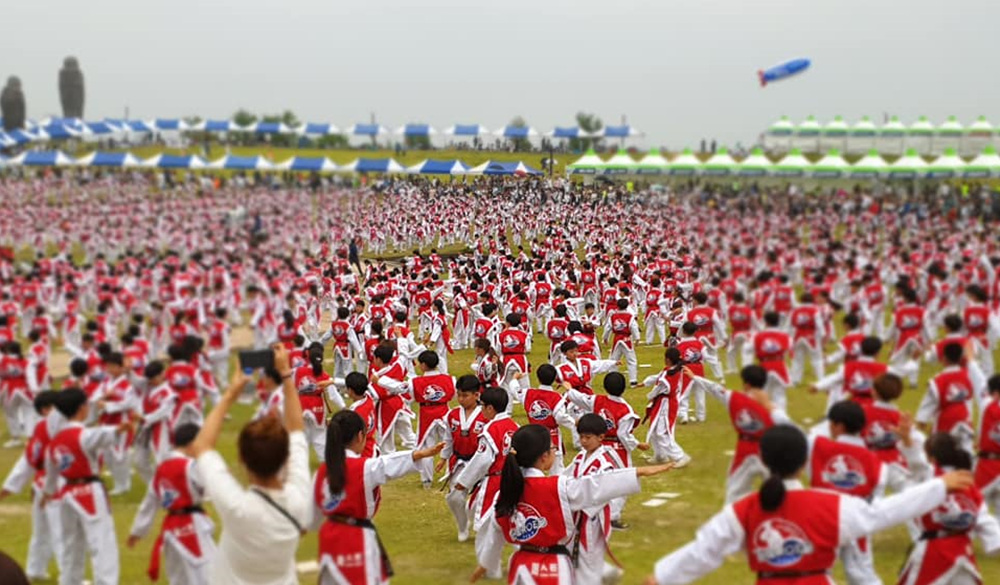 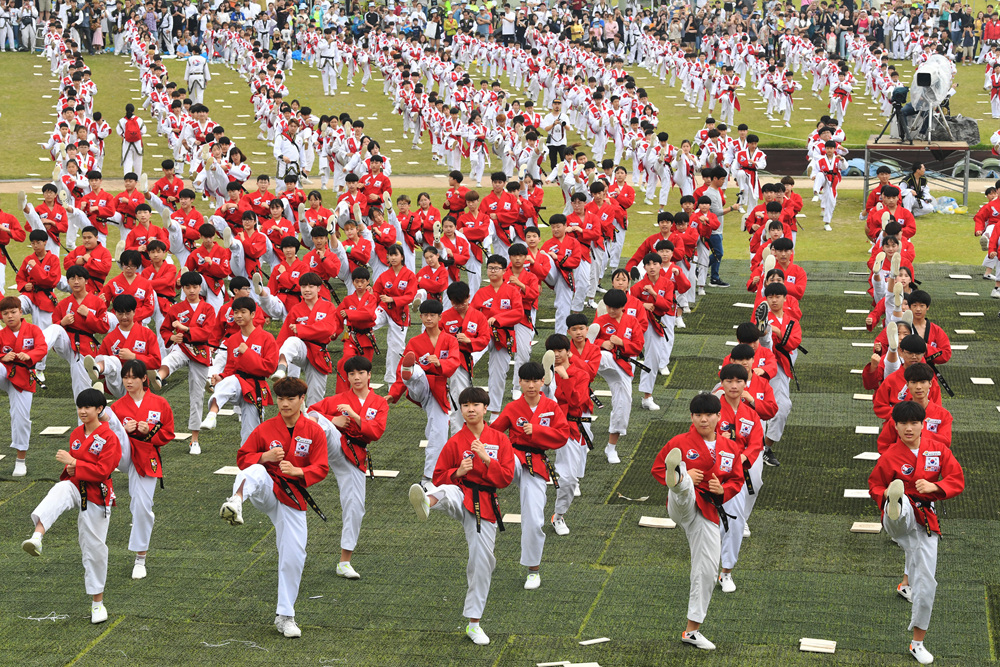 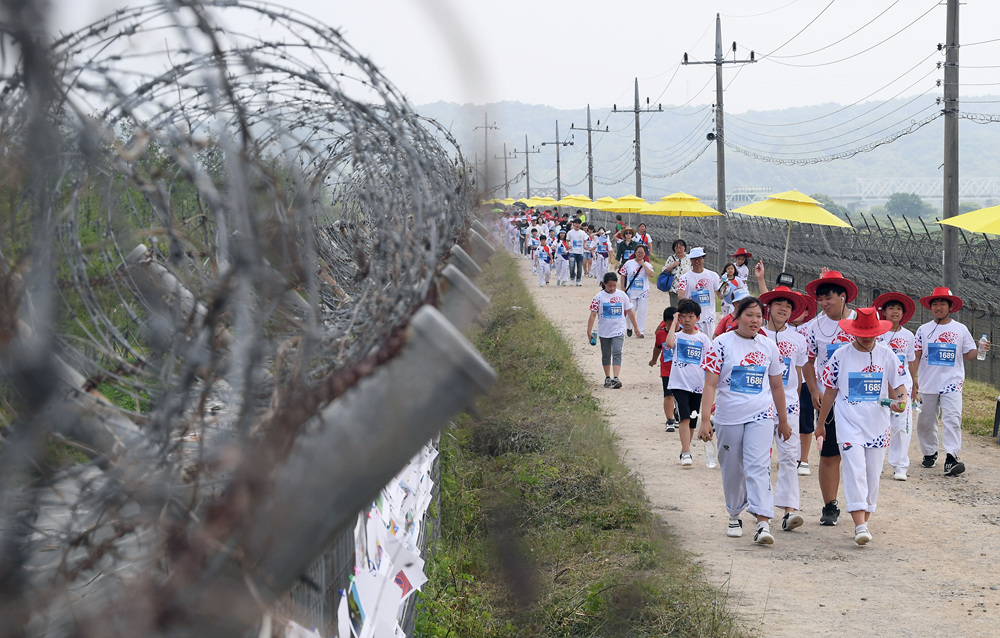 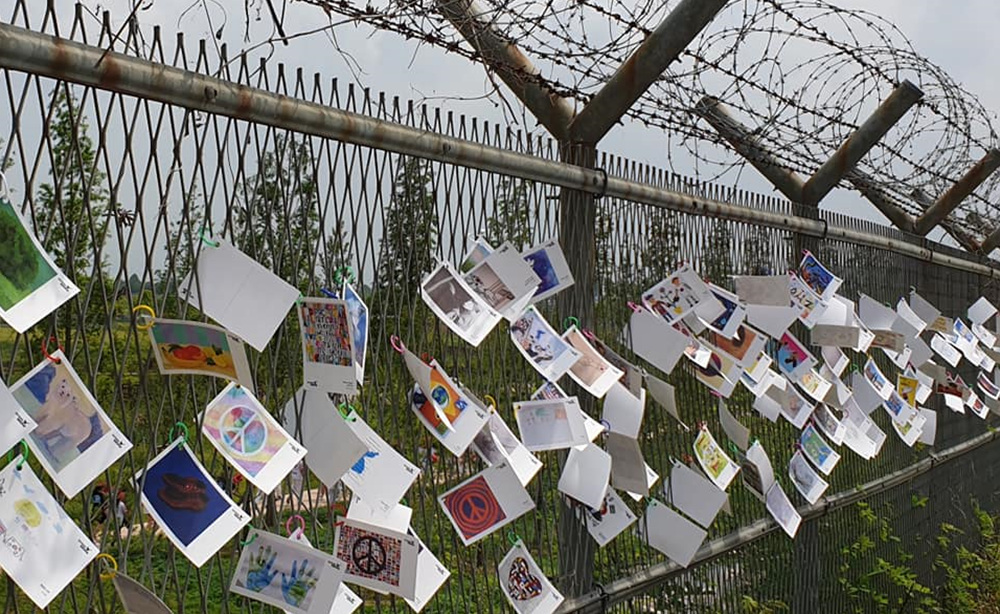 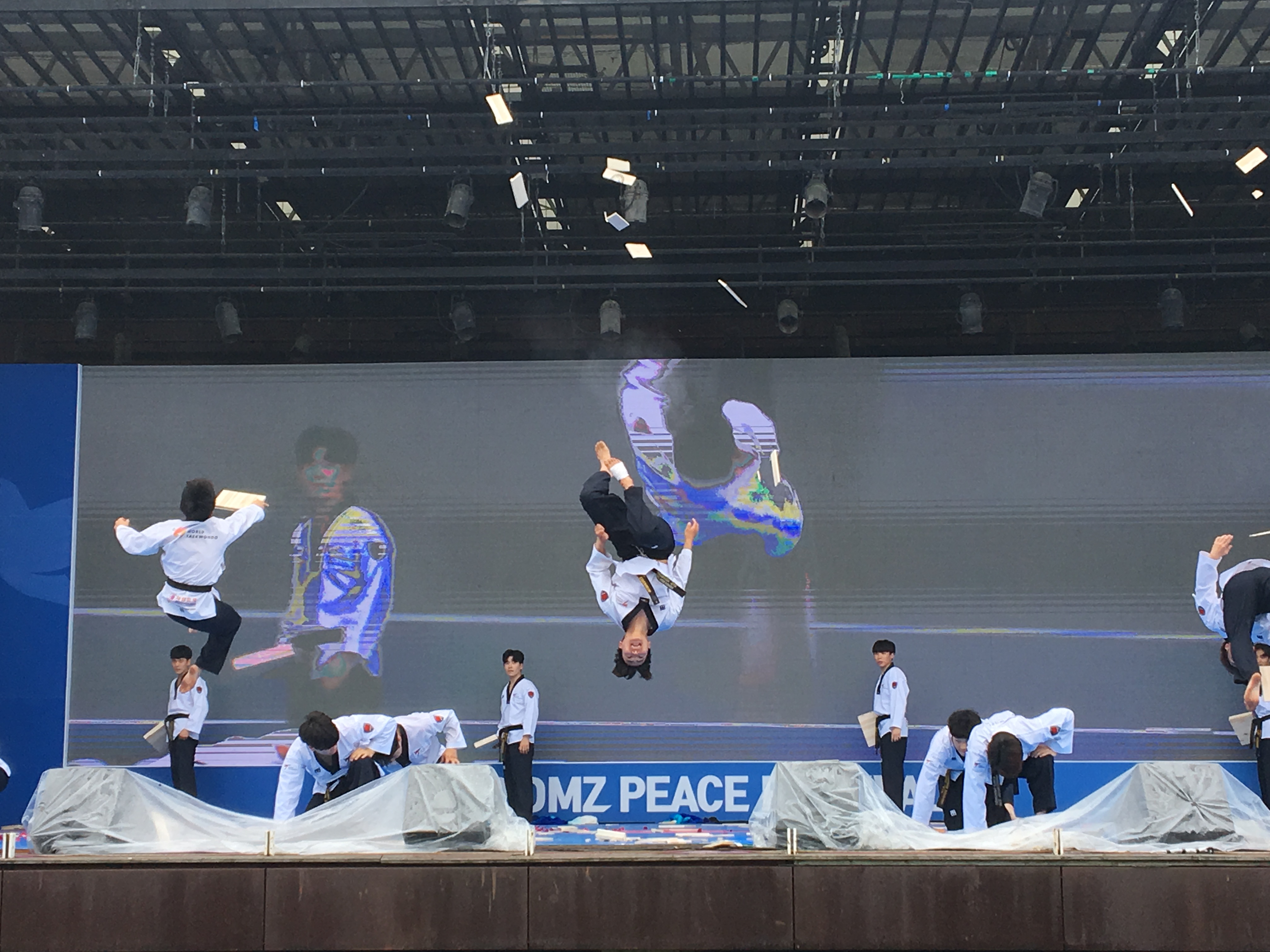 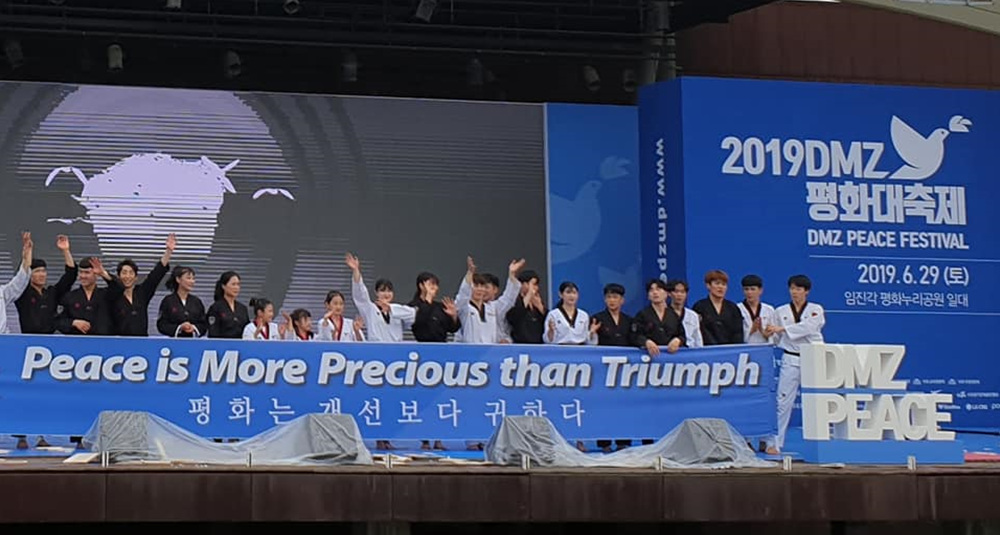