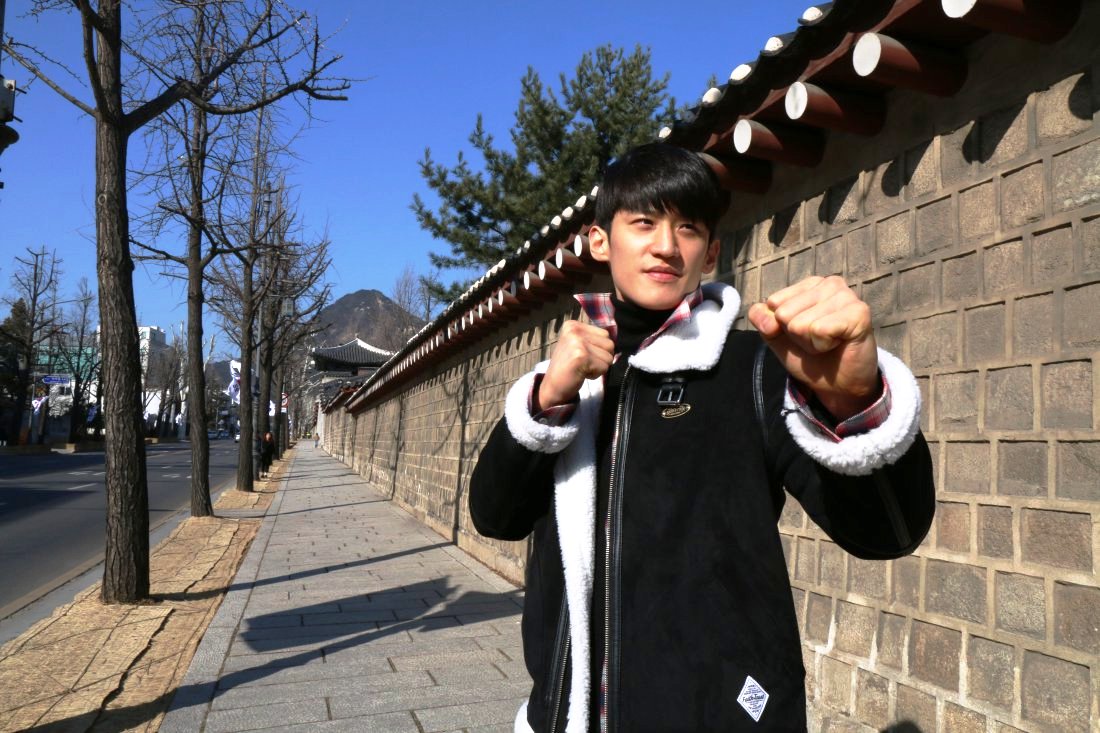 The WTF has selected its “Male Player of the Year” twice. But only one man has ever won the award – both times. That man is Team Korea’s Dae-hoon Lee

It was an awkward moment at the 2nd annual WTF Gala Awards show in Mexico’s National Theater.

With the “Male Player of the Year” award about to be announced, WTF President Chungwon Choue called last year’s awardee, Dae-hoon Lee up to the stage to present it. Choue opened the envelope. He showed it to Lee. Lee looked, but remained silent. Seconds passed. The audience shifted in their seats. “Read it!” Choue urged, but Lee remained speechless -  leaving Choue to announce the awardee.

“I did not want to read it because it was my name – it was a bit weird!” Lee recalled, smiling. “At the first gala, I kind of thought I might be the winner, so I was a bit prepared, but this time I did not expect it at all so I was confused. I didn’t know what to say!”

Given that the Gala Awards are decided upon by peer vote, Lee is clearly a popular player. And he has been in the game a long time.

The Seoul native started his taekwondo journey early: His father ran a taekwondo gym, which became the tiny Lee’s de facto playground. “I just used to go with my parents, it was kind of a kindergarten, so I learned naturally,” he said. “Because of that, I was ahead of others at my age.” He competed (and won) his first competition at the age of 10, at an inter-dojang competition.  His first formal win came at age 12, when he fought in a Seoul City tournament.

Fast forward to the present, and the taekwondo toddler has reached his full potential as one of the top players in the sport.

At home, the 24-year-old fourth dan fights on the KOGAS Team. Internationally, as a member of Team Korea, he won an Olympic silver medal in London in 2012, Asian Games gold in Incheon in 2014 and Asian Championships gold in the same year. 2015 proved to be another good season for Lee: He won Grand Prix silver in Moscow, bronze in Samsun, and golds in both Manchester and Mexico City.

Those laurels were not easily won, because Lee fights in one of the most competitive categories in the game, the men’s -68kg. If taekwondo were a betting man’s sport, the odds between the division’s fighters would be razor thin: There is no clear favorite to win the division.  Lee himself is ranked number one in the category; how does he see the rest of the field?

The number two is Belgium’s Jaoud Achab. “When I first saw him in the warm-up area I watched him and thought, ‘He is a very smart fighter,’ and on the field of play, though he is not that physical, he plays a very smart game,” Lee said. Number three is Russian top gun Alexey Denisenko. “He is a very consistent fighter, very powerful and very controlled,” Lee reckoned. “He is a very hard competitor to beat.”  Fourth-ranked in the category is Mexico’s Saul “The Spine” Gutierrez. “He has a good physique, but I don’t think he has reached his full potential yet,” Lee said. “I think in the Olympics he will reach that potential, so I am a bit worried about him.” Number five is the famous Servet “The Cheetah” Tazegul. “I have never fought him, I just saw his games, but I would like to compete with him,” Lee said. “I think he is a good player he has the ‘old style’ and he tries to make it stronger, he does not try to change it.” Rounding out the top six in the division is the player who beat Lee for the gold in London 2012 - Spain’s Joel Gonzalez Bonilla. “ I have not fought him recently but I have been doing better than him,” said Lee. “But I cannot figure out if I can beat him this time, especially in the early rounds. “

Lee’s humble mien and respect for his opponents may explain why he has won “Male Player of the Year” award twice.  “There is always a language barrier with other competitors, but I try to communicate with them as I feel that we all want to be close,” he said. “Even when I win, I try to support the other competitors [on the podium].”

As an athlete, Lee is the full package. He is tall, slim and long-legged with excellent flexibility. He also has swift reactions: “I have very good eyes, good peripheral vision, so I can catch movement,” he said.  A crowd-pleasing, offensive fighter, he likes turning kicks and the reverse turning kick – the iconic spinning heel kick to the head.

In the run-up to Rio, he will be taking time off from the KOGAS Team and from his studies – he is a graduate student at Seoul’s Yonsei University, studying Sport, Leisure and Culture – and training full-time at the Korean National Training Center. On the conditioning front, he is prioritizing weight training for added strength.  Tactically, he is working on “new offensive techniques.” In his down-time, he will be analyzing the opposition, and plans to keep his skills at their keenest pitch by competing in two, three or four open tourneys prior to departing for Brazil.

As a national athlete representing his country at the Olympics in its national sport – customarily a medal treasure trove for Korea - Lee must, presumably be under significant pressure? Apparently not: “Taekwondo is our national sport, but there are many international athletes doing very well who love taekwondo and I appreciate that,” he said. “So I don’t feel too much pressure.”

However, there used to be pressure from his (now retired) first coach: His father. “In the past, he used to say, ‘In the next competition, you have to bring such and such a medal home,’ and I used to say, ‘I can’t always get top place,’ but he is now chilled out a bit,” he said. “But Dad loves it when I bring home medals.”

The ability to put aside pressure may be the last piece in the Lee Dae-hoon jigsaw puzzle. The secret to his success may be a combination of natural talent, long experience and hard work – but it is also a result of having a cool head. For example, out of seven matches he has fought that have gone to golden point – taekwondo’s nerve-shredding equivalent of football’s penalty shootout - Lee has won six.

Asked to describe himself, Lee comes up with an odd analogy – one that is even odder in a world where fighters usually prefer to be named after warriors, say, or big cats.

“I am like a turtle: My personality and the way I do things is very slow, so people always tell me to hurry up,” he said. “That‘s why my fighting style is very relaxed.” 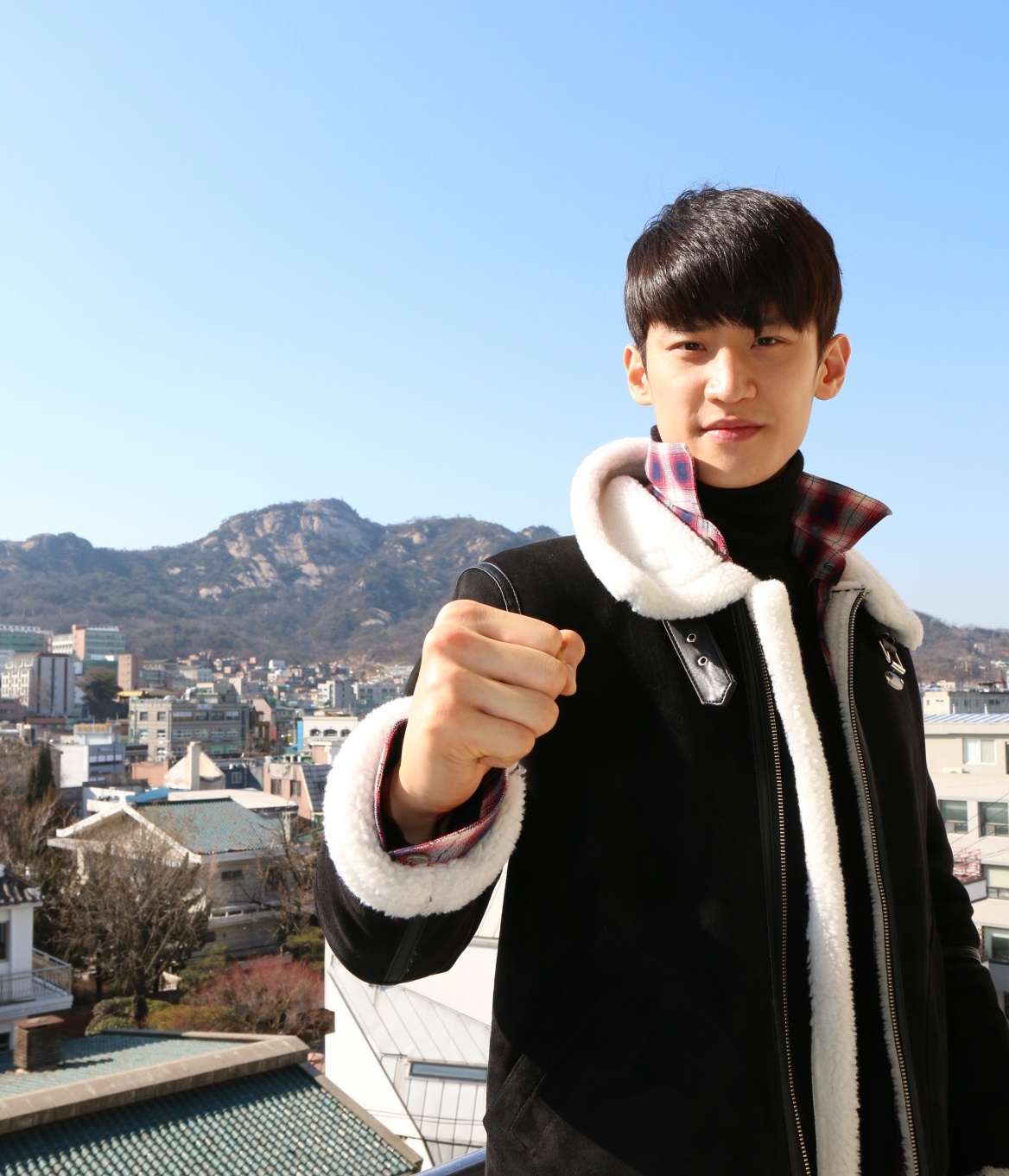 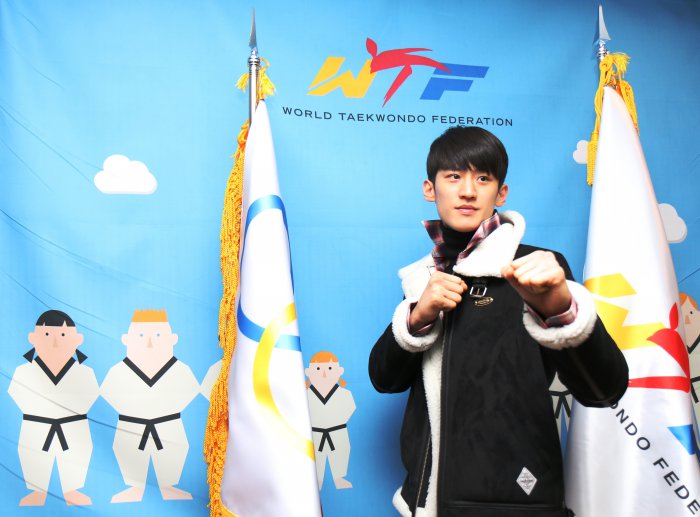