The three-day elite-level event attracted more than 200 athletes from across 56 countries plus one refugee team and was broadcast live in 90 countries around the world including the BBC. Staged at the London 2012 Olympic venue, the Copper Box Arena, athletes were provided with the perfect environment to compete at their very best.

Motivated by the home crowd, Great Britain finished top of the medal table with three gold medals while Jordan, Korea, Russia, Thailand and Côte d’Ivoire all one won gold medal each. 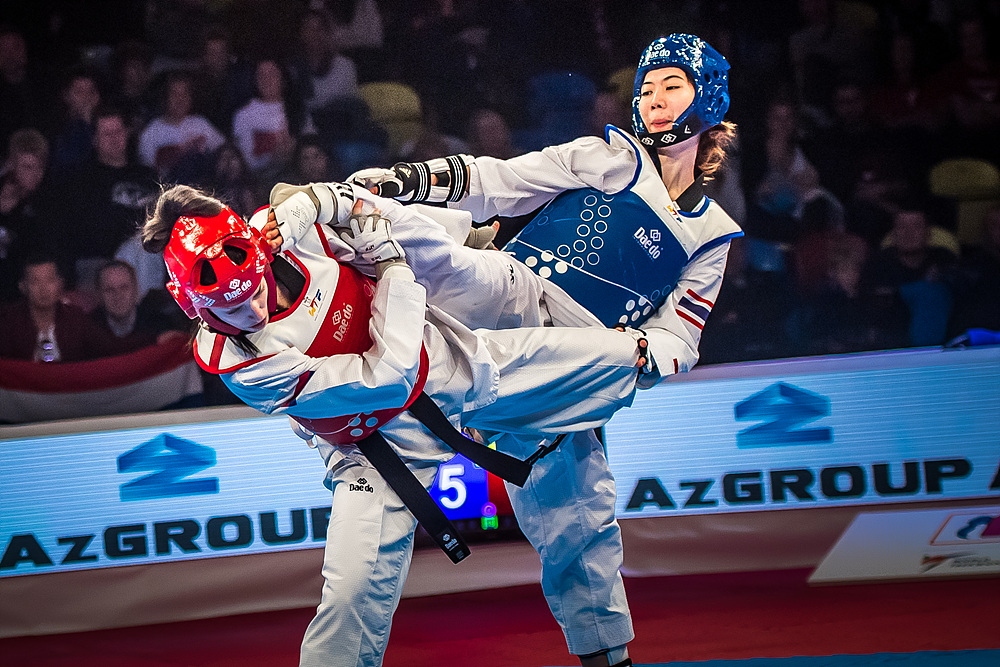 The bronze medals were won by Brazil’s Iris Tang Sing and Turkey’s Rukiye Yildirim. The first semi-final of the day was between Wongpattanakit and Tang Sing. Tang Sing led for the majority of the first two rounds but the second round finished 7-7. In the third round Wongpattanakit stepped it up a gear and pulled away to book her place in the final with a 21-12 victory. The second semi-final brought together Bogdanovic and Yildirim. It was a very close fight with both fighters in the lead at various points but with 30 seconds to go of the final round Yildirim was able to stamp her authority on the match to win 25-16. 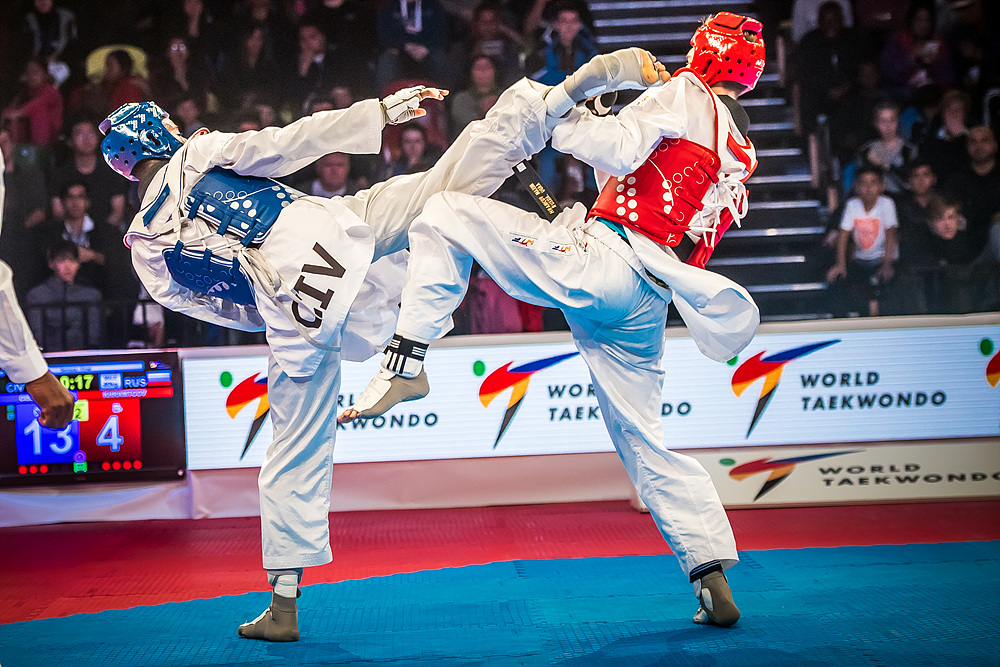 In the men’s -80kg Olympic gold medallist Cheick Sallah Cisse from Côte d’Ivoire fought the current World Champion, Maksim Khramtcov from Russia.  A push from Cisse gave Khramtcov an early 1-0 lead which he followed up with a punch. Cisse responded with a punch of his own and a Gam-jeom followed by a body shot took the score to 5-2 to Cisse. Gam-jeoms from both players brought the score to 6-3 but Cisse finished strongly with a shot to the trunk protector and forced Khramtcov off the mat to finish the first round 9-3. Both fighters defended well in the second round showing great movement and control of the mat. With 30 seconds of the round remaining, Cisse landed two excellent body shots in a row with the round finishing 13-5. In the final round the pace slowed with neither fighter being able to land many meaningful shots. Khramtcov landed a head shot over the shoulder with seconds remaining but it was too little too late and Cisse won the match 14-11.

The bronze medals were won by Raul Martinez Garcia of Spain and Aaron Cook of Moldova. The first semi-final was fought between Cisse and Martinez Garcia. A push kick gave Cisse a 2-0 lead within seconds of the first round and from there he did not look back, winning the match 23-7.The second final saw Cook and Khramtcov fight each other once again. The two fighters fought in the Moscow Grand Prix final with Khramtcov coming out on top on that occasion. It was a close and tactical fight but Khramtcov defence and counters proved too much and he won the match 33-19. 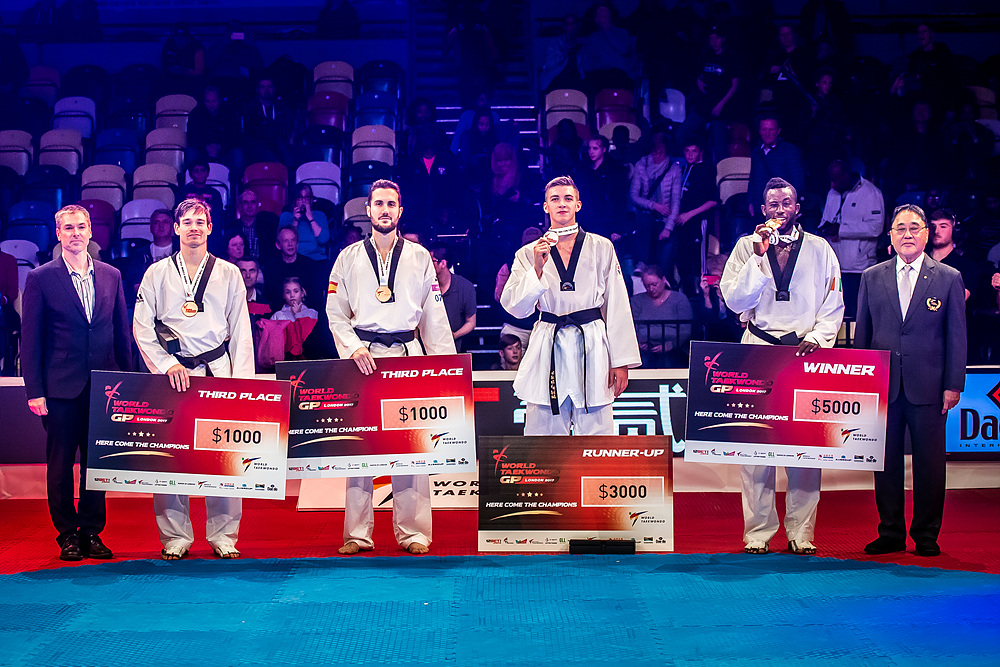 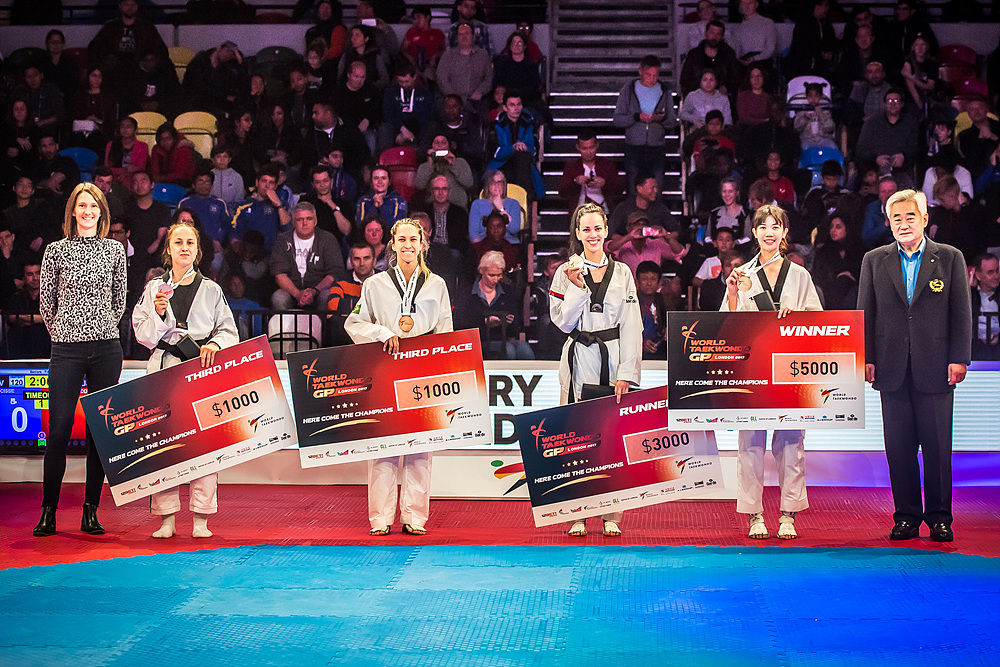