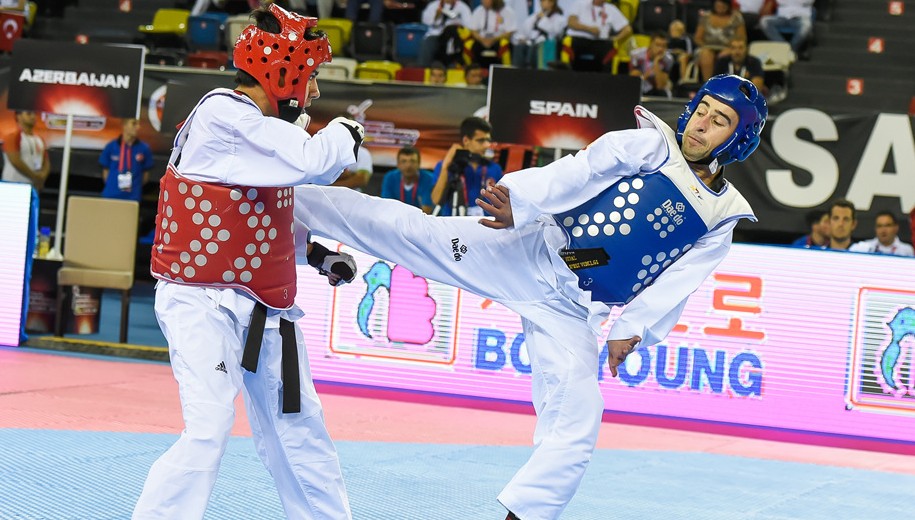 Last month’s Pan Am Open was final chance for fighters to gain ranking points ahead of this month’s world championships in London, UK.

Like other regional championships, the Pan Am Open was a G4/G2 event, meaning that fighters from South, Central, and North America were able to earn double ranking points.

In the men’s under 61kg K44 division, Argentina’s Facundo Andres Novik moved up six ranking positions to #3 in the world after winning gold. Other notable moves were Costa Rica’s Edwin Pizarro gaining 12 positions to move to #11 and Yandry Larrando Dreke becoming Cuba’s first ranked fighter at #24. All will be chasing Mongolia’s #1 Bolor-Erdene Ganbat in London.

The men’s under 75kg division also saw a lot of movement. Russia’s Vladimir Feofanov moved up six positions to #5 after winning Pan Am gold. Costa Rica’s Andres Molina jumped seven spots to #7 with bronze at home, while Felix Sabates of the USA jumped three positions to world #2. Iran’s Mahdi Pourrahnamaahmad will be the one to beat in London, with nearly 110 points separating him from Sabates.

After capturing the US Open and Oceania Open titles already this season, Evan Medell of the USA added the Pan Am crown to his impressive 2017 resume to take over the world’s top ranking in the men’s over 75kg K44 division. Compatriot Johnny Birch jumped 20 positions to #10 after claiming silver, while Mexico’s Francisco Pedroza moved up seven spots to #7. Para taekwondo’s most competitive division sees both the USA’s #2 Corbin Stacey and Iran’s Ashgar Aziziaghdam within 2.66 points of Medell.

On the women’s side, Peru’s Leonor Espinoza Carranza enters the rankings at #8 in the under 49kg division after claiming her first title in Costa Rica. She’ll have to beat Turkey’s world #1 Busra Gor if she hopes to repeat in London.

Alyssa Fencil of the USA moved up eight positions to #5 in the women’s over 58kg K44 division after claiming the Pan Am title. She’ll need to get by world #1 and hometown favorite Amy Truesdale to repeat the feat in London.