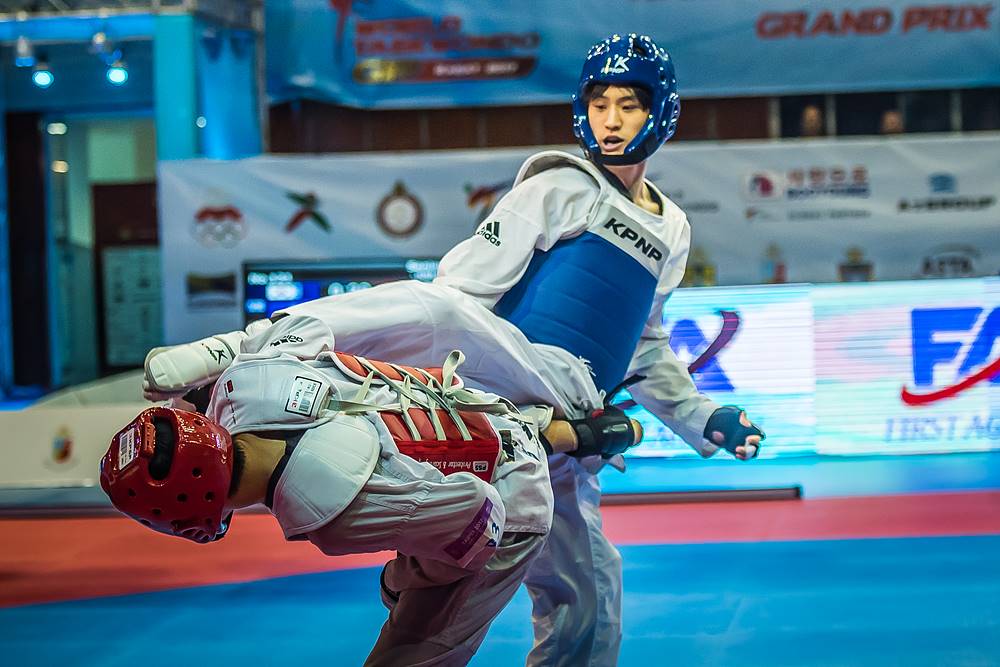 RABAT, Morocco (Sept. 24, 2017) – Turkey and Korea won the last gold medals up for grabs in the third and final day of the Rabat 2017 World Taekwondo Grand Prix Series in the Moroccan capital.

The overall end result of the Grand Prix – the first ever to be held on the African continent - was: Korea (three golds, one silver, four bronzes) in first place, followed by Great Britain (two golds and one silver) and Turkey (two golds and two bronzes).

After a performance by a camouflage-clad local demo team showcasing gymnastics, taekwondo tricks and high kick breaks, fighting got underway in the Complexe Sportif Prince Moulay Abdellah in the last two categories of the championship to be contested. 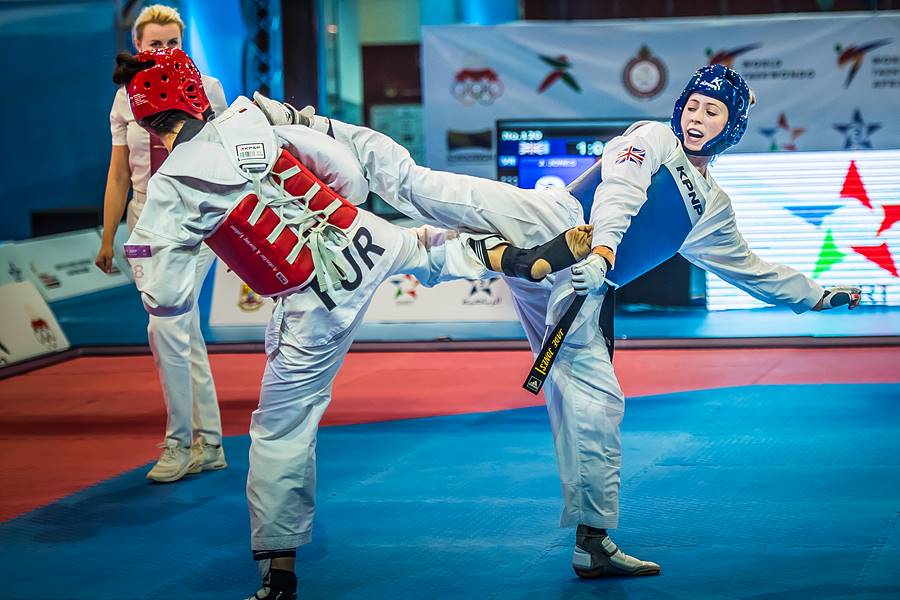 The final in the Female -57kg division pitted double Olympic gold medalist Jade “The Headhunter” Jones against 2017 Universiade champion Hatice Kubra Ilgun of Turkey. Ilgun opened the scoring, hitting Jones with a round kick to the body that was skillfully fired while she was pivoting away from Jones’ attack. Jones maintained forward pressure, looked dominant and tried head kicks - but could not connect against the Turk, who took the first round, 2-0. In Round 2, Jones lived up to her nickname, landing a crescent kick to Ilgun’s head from the clinch to go up, 3-2. 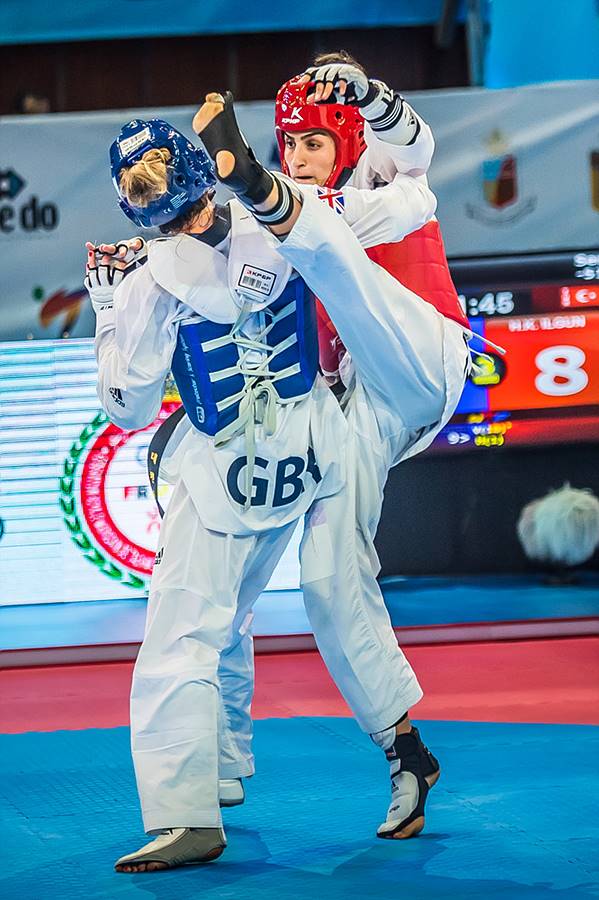 There were pushing matches in mid-ring as both athletes fought forward and refused to give ground. Ilgun connected to the body again, to go 4-3 up - then Jones fell, putting the Turk further ahead, 5-3, then 7-3 as her body kicks continued to land. As the third got underway, Jones had a fight on her hands - but promptly lost another point for holding. Then her picture-perfect hook kick landed to Ilgun’s head, taking the board to 6-8, and she was back in the game. Both girls missed with head kicks and Ilugn maintained her narrow lead. With 15 seconds remaining, Jones tried desperately to connect with high kicks and forced Irgun out of the ring – but she had left her last-minute charge too late. Irgun won gold and Jones silver with a score of 8-6 for the Turk. A brilliant result for the Turkish fighter, who won her first-ever Grand Prix medal.

Bronzes in the category went to Marija Stetic of Croatia and Ah-reum Lee of Korea. 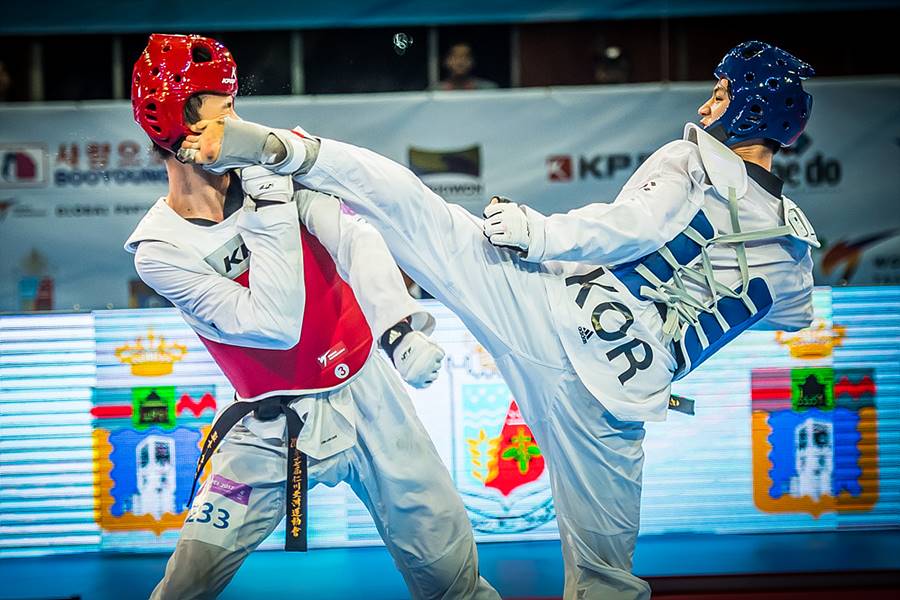 The final of the Male -68kg category saw current World Champion Dae-hoon Lee – who had annihilated Saul “The Spine” Gutierrez of Mexico in the semi-finals with a relentless blitzkrieg of attacks – take on Muju 2017 World Championships silver medalist Yu-jen Huang of Chinese Taipei. Action stared with both players firing light, probing kicks , with Huang looking unintimidated by Lee. As the round progressed, the kicks picked up power and Lee drew first blood with a two-point round kick to the body. Lee pressured Huang up against the edge of the mats where the two fought kick for kick. The round ended 4-2 to Lee, but in the second, the Chinese Taipei fighter evened the score, 4-4. Both were unleashing a full technical arsenal: round kicks, inverse kicks, head kicks, pushes, and kicks from the clinch. Lee’s kick rate was extraordinary, as his legs worked like machine guns, but it was Huang who landed again to go 6-4 up, before Lee inevitably equalized 6-6. In the final seconds of the round, Lee drew ahead with a punch, ending the second 7-6 up. As the bell went on the third, the two briefly hugged - then it was game on. Huang was now more active, matching Lee kick for kick, but the Korean went 9-6 up as his round kick hit home yet again. By now his high kicks and stamina were drawing gasps from the crowd. Huang was penalized a gamjeom for grabbing, putting Lee 10-6 up. In the final 25 seconds Huang raised his score to seven, then Lee connected with a perfect round kick to the face, with a “thwack” that was audible around the stadium. Lee was penalized one point for holding, but the match ended 13-9 and a convincing victory for Lee, whose phenomenal work rate and clarity of technique were a joy to behold.

A well-deserved silver went to Huang, while bronzes were won by Gutierez and Javier Perez Polo of Spain.

Taekwondo’s elite gathers for Series 3 of the 2017 Grand Prix in London, Great Britain, from Oct. 20-22. The London Grand Prix will be preceded by the one-day 2017 World Para Taekwondo Championships on Oct. 19 at the same venue, the Copper Box Arena. 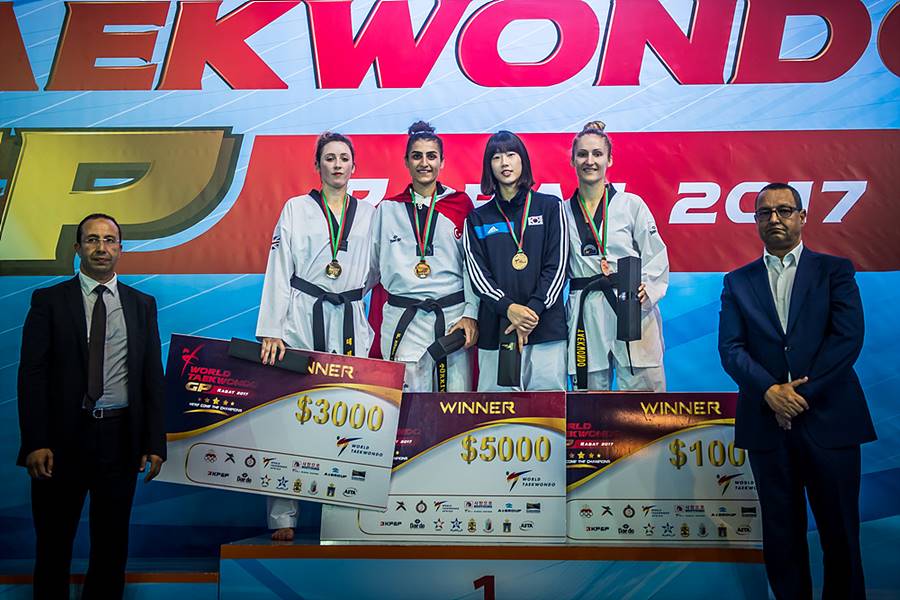 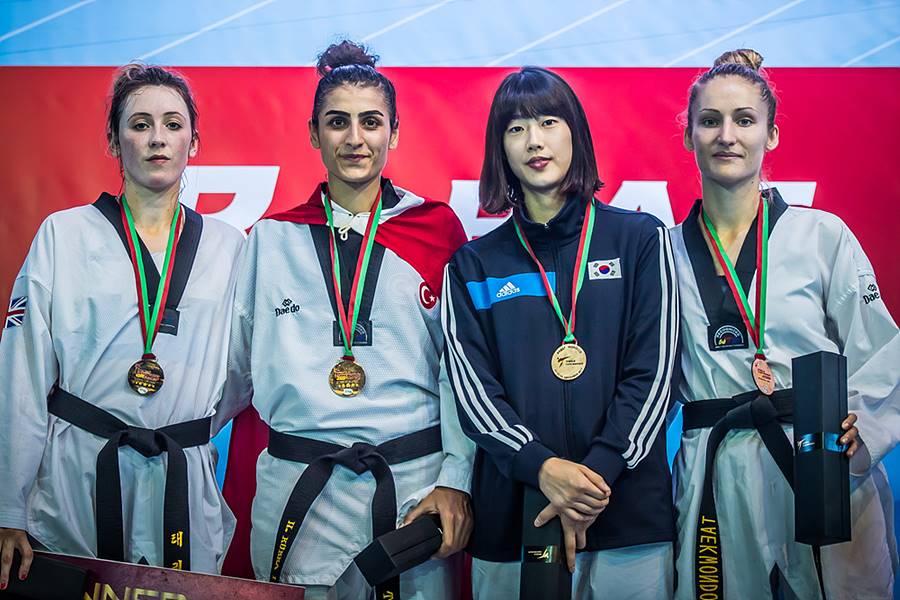 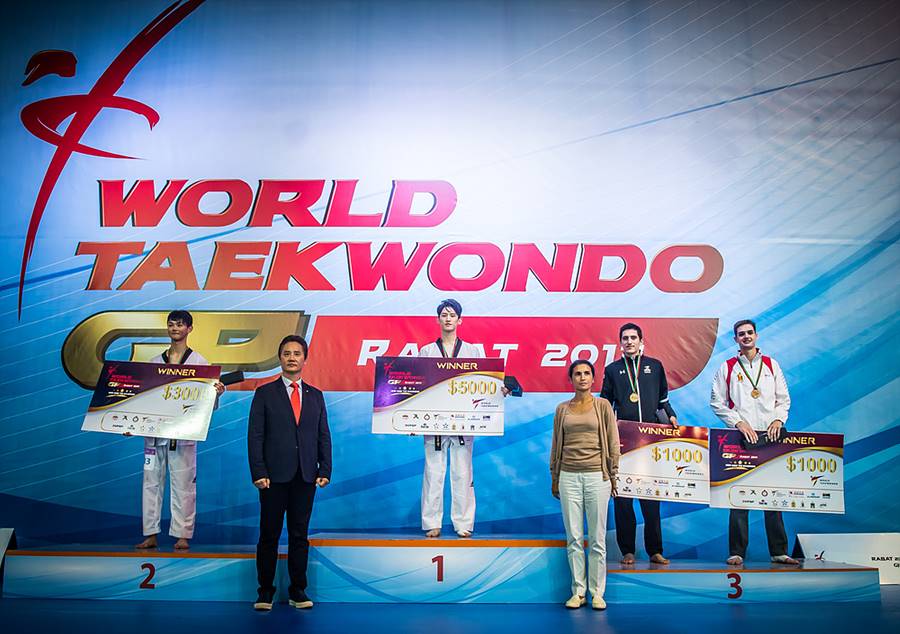 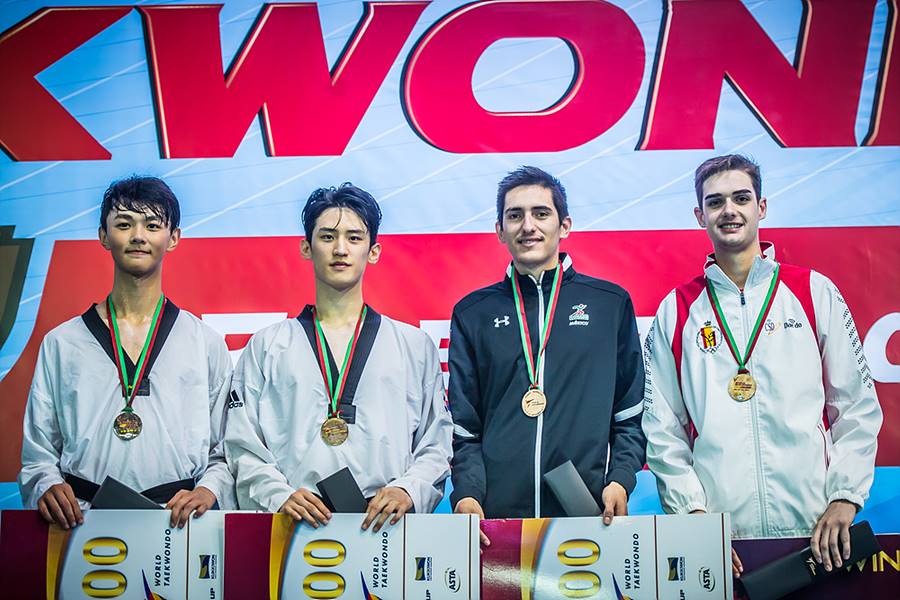