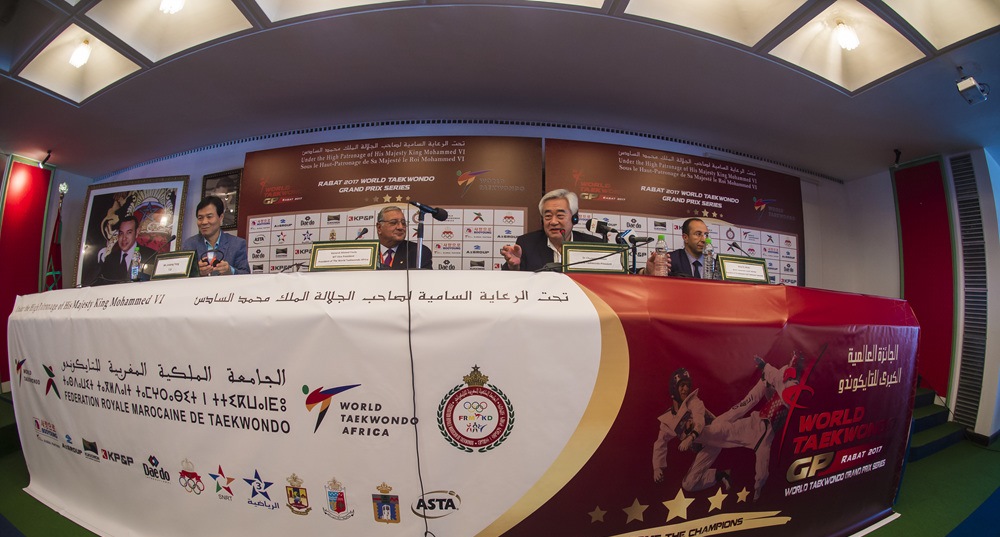 RABAT, Morocco (Sept. 21, 2017) - The rising status of African taekwondo, the sport’s Olympic future and taekwondo unity were discussed at a lively press conference that took place the day before the elite World Taekwondo Grand Prix Series 2 kicks off in Rabat, Morocco.

The upcoming championship takes place in the Moroccan capital over three days, from Sept. 22 – 24. 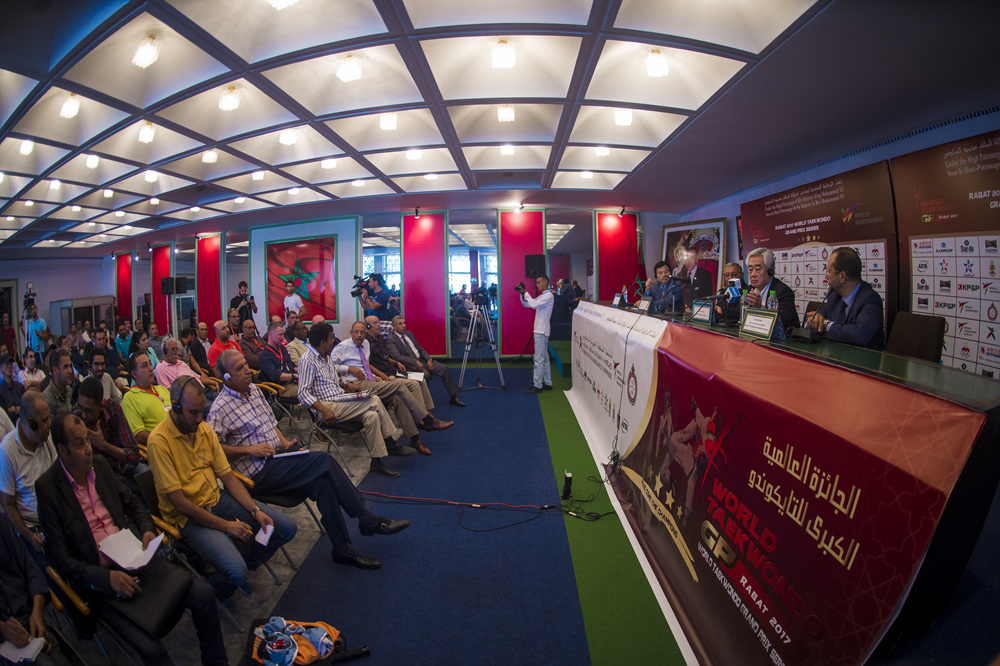 “Africa is the top priority for Mr. President,” added Gen. Ahmed Fouly, who is the president of World Taekwondo Africa. “We have lots of difficulties in Africa - transport, aviation, air fares - and the budgets of all counties are low; he knows this and appreciates this.” Fouly noted that the WT had extended significant logistical, coaching and financial support to the continent last year, and this year, the World Taekwondo Africa has organized more referee training sessions than any other continental union.

WT Director General Jin-bang Yang itemized some of the support that the federation has extended to Africa, such as equipment donations, financial support for elite athletes, training camps, etc.

He added that the upcoming Grand Prix will also provide a springboard for Moroccan players. “The best players of the world are here,” he said. “This is a very good stepping stone for Moroccan players to move up to the first level, this will contribute a great deal to athletes’ level in Morocco.”

“Morocco always comes close to Olympic medals, but now, hopefully, while we hold this in Morocco, Morocco can participate with more players,” emphasized Moroccan Taekwondo Federation President Driss El-Hilali. “This is the beginning for Morocco to move ahead.”

Choue emphasized that the WT’s charity initiative, the Taekwondo Humanitarian Foundation (THF), is also focusing maximum attention on Africa this year. Having established programs in 2016 for Syrian refugees in Turkey and Jordan, and for displaced persons in Nepal, the THF’s main focus in 2017 is on establishing programs in Djibouti and Rwanda, Choue said.

Fouly closed the press conference, thanking King Mohammed VI of Morocco for his official royal patronage of the Grand Prix. “This is a great honor for us,” Fouly said.

Earlier in the day, Choue, accompanied by Yang, El-Hilali and WT Council Member Issaka Ide had paid a courtesy call on the Governor of Rabat Prefecture, Mohamad Mhidia. In a meeting in City Hall, Choue and Mhidia discussed the status of the upcoming Grand Prix and the situation of taekwondo in Morocco. 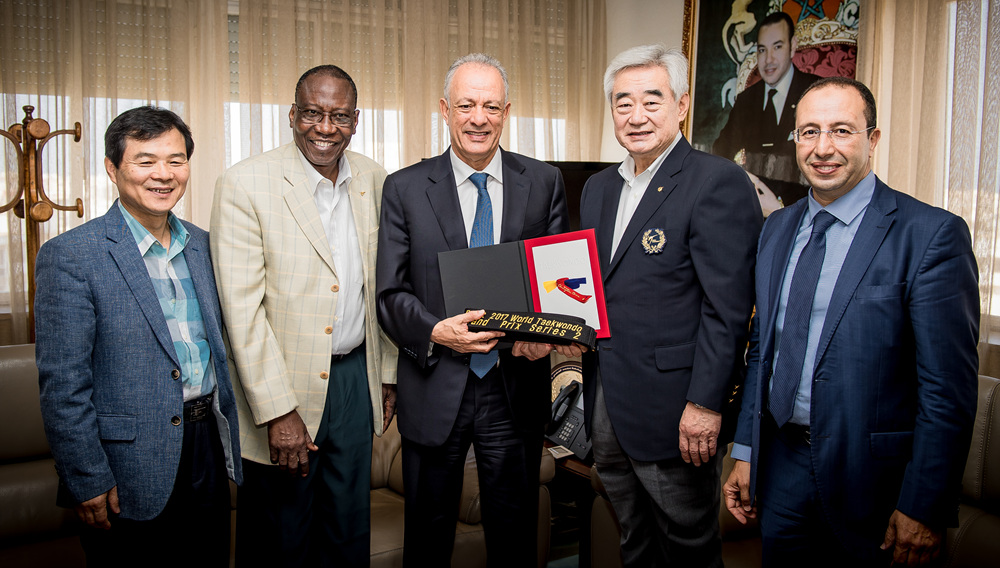