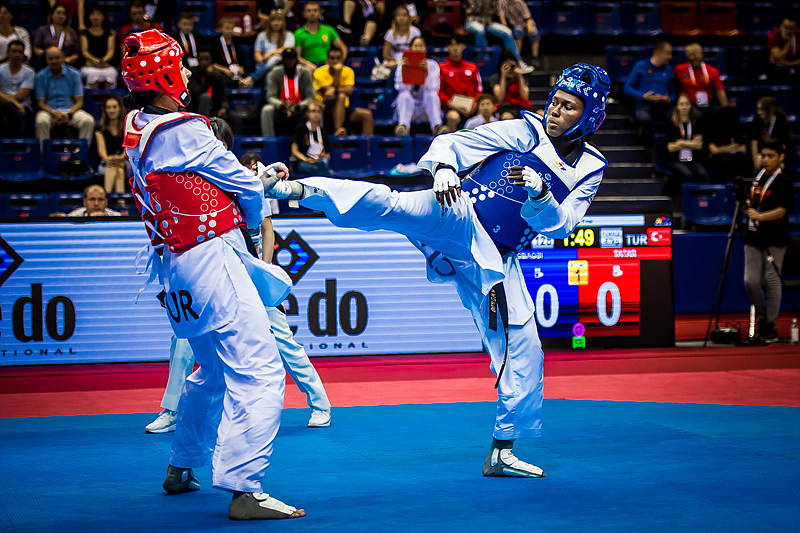 MOSCOW, Russia (August 5, 2017) - There are few athletes in taekwondo who have undergone a more dramatic rise over the last two years than Cote D’Ivoire’s Ruth Gbagbi.

At the World Championships in Chelyabinsk she fought valiantly but finished 17th. Fast forward to present day and she is an Olympic bronze medallist, current World Champion in -62kg and most recently gold medallist in the -67kg at the 2017 Moscow World Taekwondo Grand Prix Series 1.

Hard-working and humble, she describes her recent success as a “grace from God.” While there is no doubting how hard she has worked to get where she is today, she is keen to point out the role those around her have played in her development.

“I have been advised by a lot of people that I can make it. I know that in the past I had some defeats but defeat wields victory. Based on the defeats, all the advice I have received from family and friends and a lot of training I have been able to succeed. I am very self-confident which has helped me a lot to win.”

Naturally weighing in at 65kg, she has shown with her success here in -67kg in Moscow and in -62kg in Muju that she is not an athlete who finds it difficult to transition between different weight categories.

Her power and offensive style certainly helps her compete in the higher weight categories but historically, she has not fared as well in the Grand Prix. Here in Moscow, she put that behind her to win her first Grand Prix gold.

“I have been participating in the Grand Prix since 2013 but failed to get past the quarter final,” she said. “I have worked very hard to be where I am right now but I thank God that this year I have been granted with good mercy and I’ve been able to win this medal.

This is just the latest medal for her to add to her growing collection. In Rio she made history by becoming the first ever female from Cote D’Ivoire to win an Olympic medal as she claimed bronze in the -67kg. “I was very proud to bring a smile to the faces not just of the women in my country but the whole population,” she said.  “I dedicated my win to the female youth and gave them advice to be more resilient and work with application. Only hard work and resilience brings success.”

She is reluctant to describe herself as a role model for aspiring female athletes, but there is no doubting that with what she has achieved that is what she has become.

Another strong role model in the sport is her compatriot Cheick Sallah Cisse who also made history in Rio claiming Cote D’Ivoire’s first ever Olympic gold medal. Cheick and Ruth are very close having been brought up in the same area and taekwondo brought them closer. The two train closely together and help each other develop. This can only be good for the sport in their country, where taekwondo has certainly grown significantly in recent years. 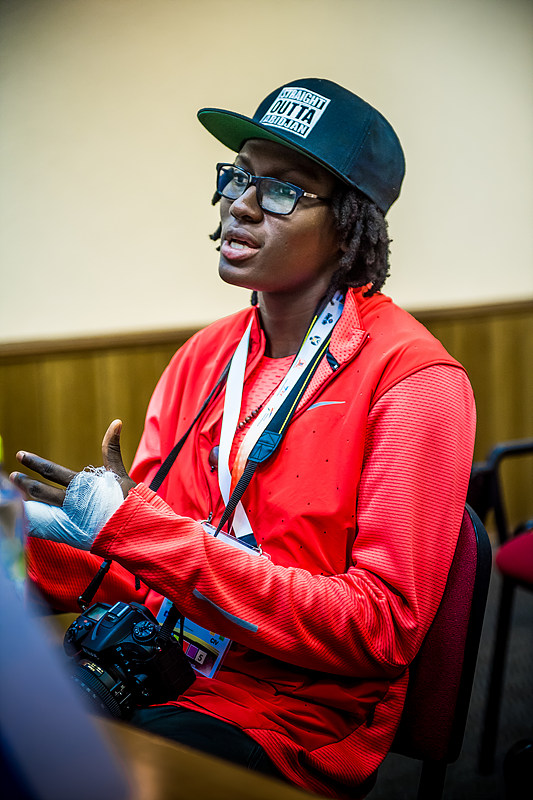 Ruth believes this boom is “a result of the past.” “More people are now aware of taekwondo but previously we had some very good results. Also the new federation President and all his efforts to develop and push taekwondo have led to good results. But it is not just Cote D’Ivoire, there are many others. It is African taekwondo which is booming.”

With Abidjan set to host the Grand Prix Final later this year it looks like this boom is set to continue and Ruth cannot wait to compete in her home country. “It will be a great honour to show people locally what we do out of the country,” she said. “We will get an additional energy from the country.”

So what next for this athlete who has achieved so much over the last year?

As a winner of the Grand Prix Series 1 she will automatically qualify for the newly created World Taekwondo Grand Slam event which she is “very enthusiastic and honoured” to be a part of.

Beyond that Tokyo 2020 is the “main goal.” “I must maintain this level,” she says. “Winning is one thing but maintaining a top level is key. I must train a lot and work hard to remain at the top.”

And what is the ambition in Tokyo? Will she be looking to make Olympic history once again and this time gold?

Humble as always, but with that self-confidence that has got her to where she is today, she replies, “with the help of God, why not?”