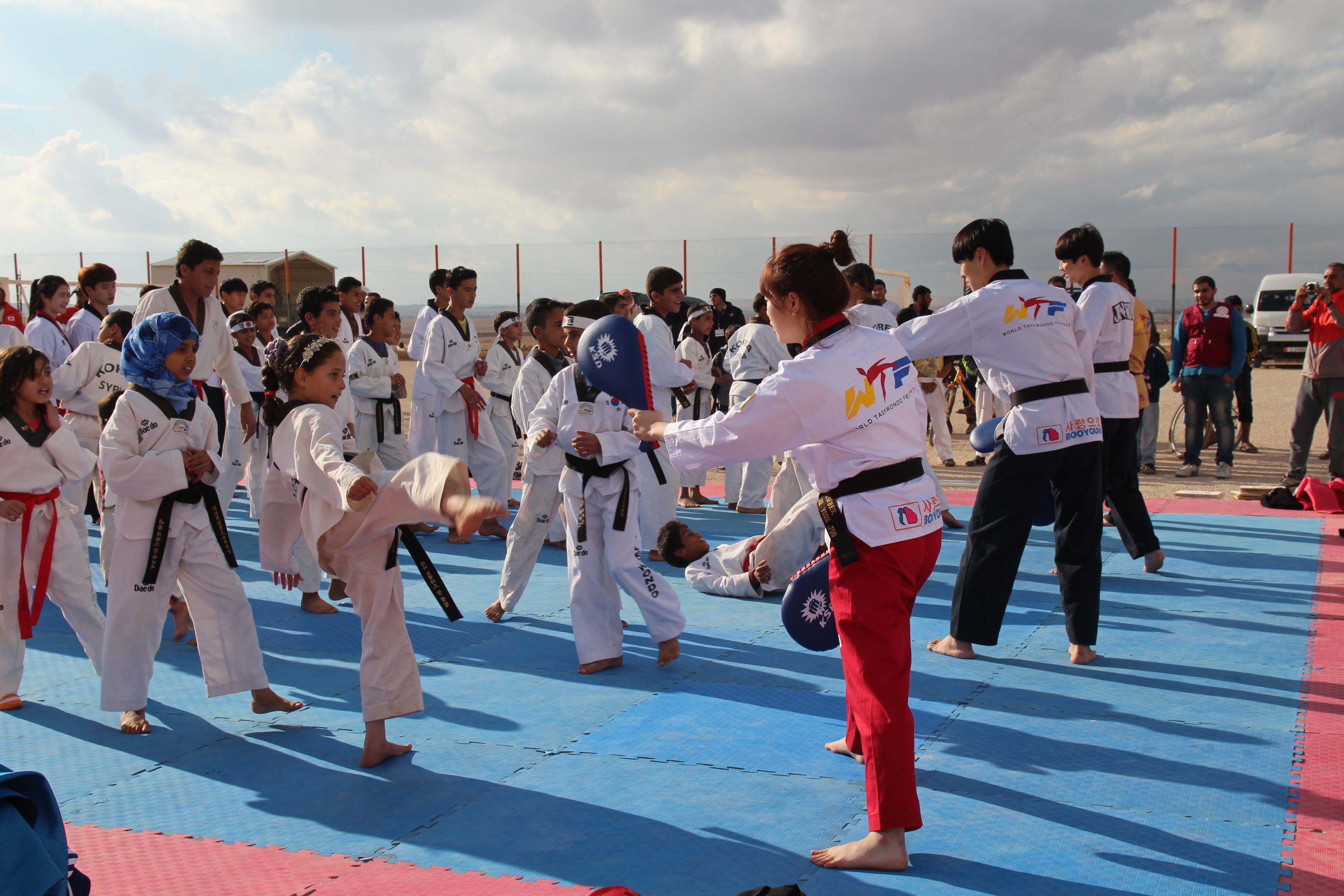 WTF Council to Adopt Resolution on Refugees on June 22

SEOUL, Korea (June 21, 2017) – A refugee athlete will fight under the WTF flag at the upcoming World Championships for the first time ever, taekwondo authorities announced today.

Iranian-born refugee Dina Prouryounes Langeroudi will be competing in the F-46kg category at the 2017 World Taekwondo Championships, which run from June 24-30 in Muju, southwestern Korea. Langeroudi, who is resident in the Netherlands, will be travelling with, and will be coached by, the Netherlands Team.

Furthermore, the WTF Council, which will convene on June 22 in Muju – two days after World Refugee Day and two days before the World Championships kick off - will adopt a resolution under which the taekwondo body pledges to further assist refugees worldwide.

The federation has already been working to aid refugees through its charitable initiative, the Taekwondo Humanitarian Foundation, or THF. The THF was established in Lausanne, Switzerland, in April 2016 with the mission of “empowering the powerless.”

Under this mission, the THF is running two long-term programs, at refugee camps in Jordan and Rwanda, with another program planned for Djibouti in the near future. It is also assisting persons displaced by earthquake in Nepal, and has run programs for Syrian refugees in Turkey.

The THF is also putting the finishing touches to bespoke educational programs for refugee children. These programs will be taught alongside taekwondo and will teach refugee children the values of Olympism and global citizenship.

Visitors to the World Championships will be able to take part in the “THF Challenge,” which will be set up in a booth on the sidelines. Dubbed, “Break Boards, Change Lives” it is a fund-raising campaign in which interested persons smash a board with a taekwondo technique, make a donation and add their signature to a signature collection campaign of support for the THF.

“Taekwondo is one of the world’s most economical sports because it requires no bats or balls and no pitches or pools, so is ideal for deployment in refugee camps,” said WTF and THF President Chungwon Choue. “And following our resolution to do more for refugees, I know that all members of the WTF Council will be cheering on Dina as she fights under our flag in the upcoming World Championships.”