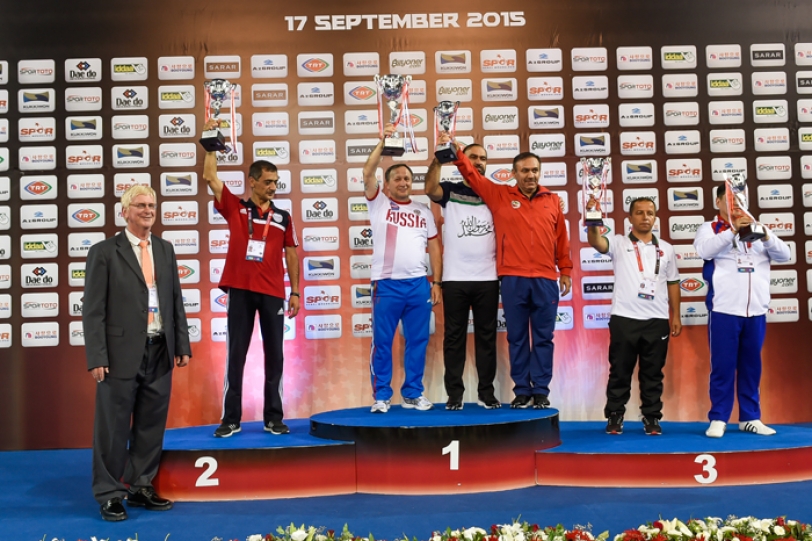 SAMSUN, Turkey (September 17, 2015) - The 6th World Para-Taekwondo Championships, which were held in Samsun, Turkey on September 17, 2015, drew a record number of participants as the sport gears up for its first Paralympic appearance.

"2015 is a truly special year for all of us. This year began with the best possible news for our sport. The news was delivered on January 31, 2015. On that day, we were informed by the International Paralympic Committee Governing Board that taekwondo will be on the program of the 2020 Tokyo Paralympics. This decision made the dreams and hopes of all para-taekwondo athletes finally come true," said WTF President Choue in his opening speech.

"This is what we have been working for these long years. This was the ultimate result - for the Paralympics are the ultimate event for any para-athlete. And we must celebrate all together today's championships as this is the first para-championship to be held after this historic decision," Choue said. Addressing the athletes, he said, "And let me thank you: You are an inspiration to everyone in the WTF; to everyone in taekwondo; everywhere."

Thanking the WTF and WTF President Choue for the para-taekwondo championships, Samsun Governor Ibrahim Sahin said, "Samsun is a sport city and we are building new sports facilities" in advance of 2017 when Samsun will host the Deaflympics.