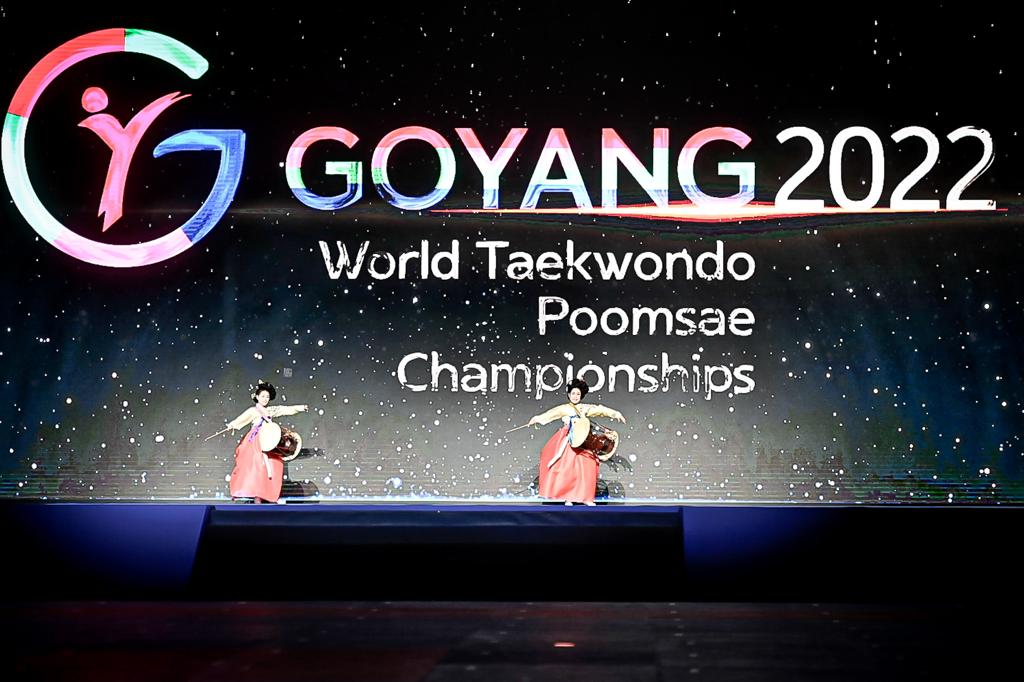 GOYANG, Korea (Apr 21, 2022) - The record-breaking World Taekwondo Poomsae Championships began in Goyang today with female athletes in the recognized team over 30 and recognized single under 65 kicking off the tournament in style and showcasing athletes of all ages can excel in Poomsae.

In the women’s recognized team over 30, it was the team from Korea, comprising M. Kim, Y.S Choi, and M.J Jang, who took the gold medal, with USA claiming silver and Brazil and Mexico sharing bronze.

In the women’s under 65, Barbara Brand of the USA saw off the challenge of Belgium’s Vera Moens to win gold with the Belgian taking silver. Canada’s Shelley Vettese Baert and Austria’s Leni Niedermayr secured the bronze medals.

Before the Championships began, a spectacular Opening Ceremony was held which featured media art, and a creative and colourful LED light display, as well as a performance from the awe-inspiring World Taekwondo Demonstration team.

“Over the past two years, World Taekwondo has promoted Poomsae events to help society get over the pandemic. The fact that we are here together is testament of humanity’s unity against adversity and the role of Poomsae as a contributor to health and fitness.”

President Choue also delivered a plaque of appreciation to Goyang Mayor Jae-Joon Lee for the city’s organisation of the Championships and presented an honorary 7th Dan black belt certificate to Raffaele Chiulli, President of the Union Internationale Motonautique.

During the Opening Ceremony, the Maldives flag was brought into the venue after the country became the 212thmember of World Taekwondo following the Council’s decision yesterday.

Ukraine’s Yeva Gavrylova (Cadet) and Korea’s Minki No (Over 30s pair) took the athlete oath and Mongolia’s Erdenbaatar Naranchimeg and Korea’s Kim Gyurin took the oath of the referees.

Over the course of the Championships, athletes from a record 62 countries will take part, including two cadet siblings from Ukraine. The siblings spoke during a press conference before the Opening Ceremony and expressed their happiness to achieve their dreams of participating in Poomsae. 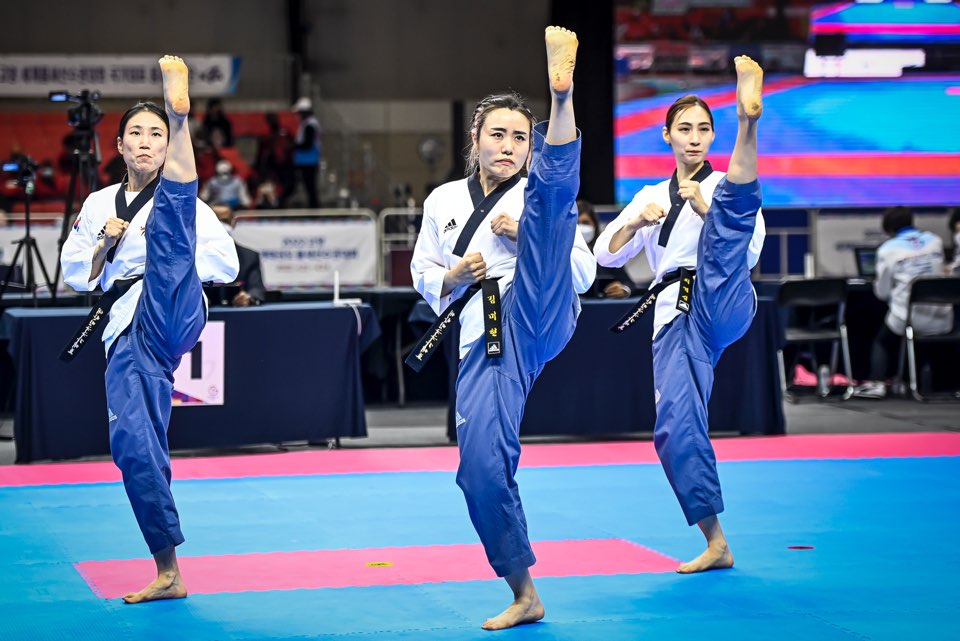 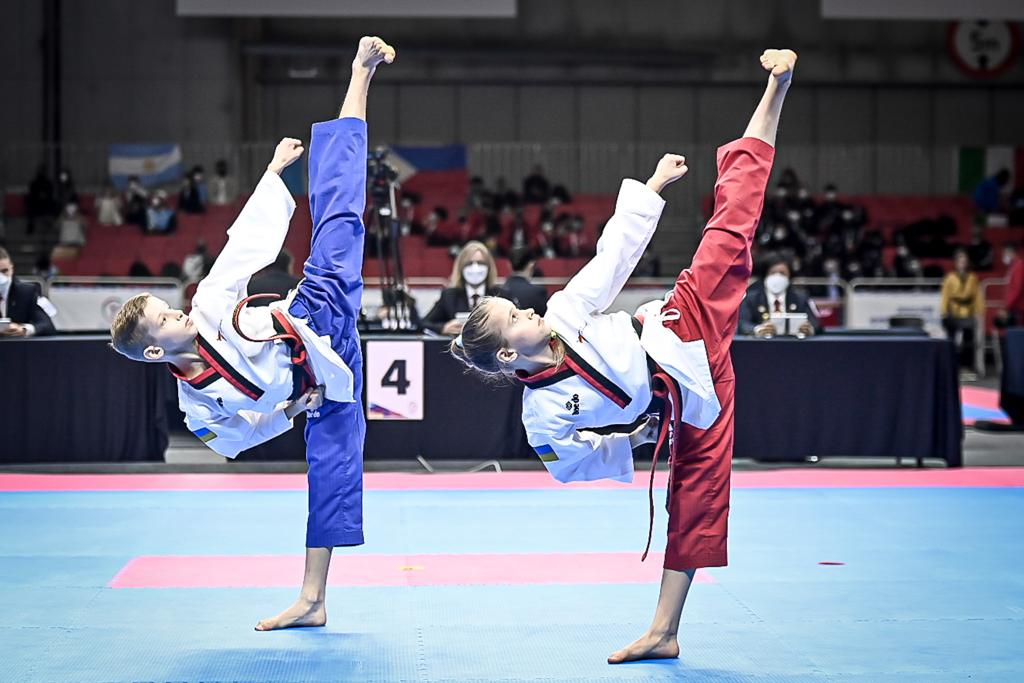 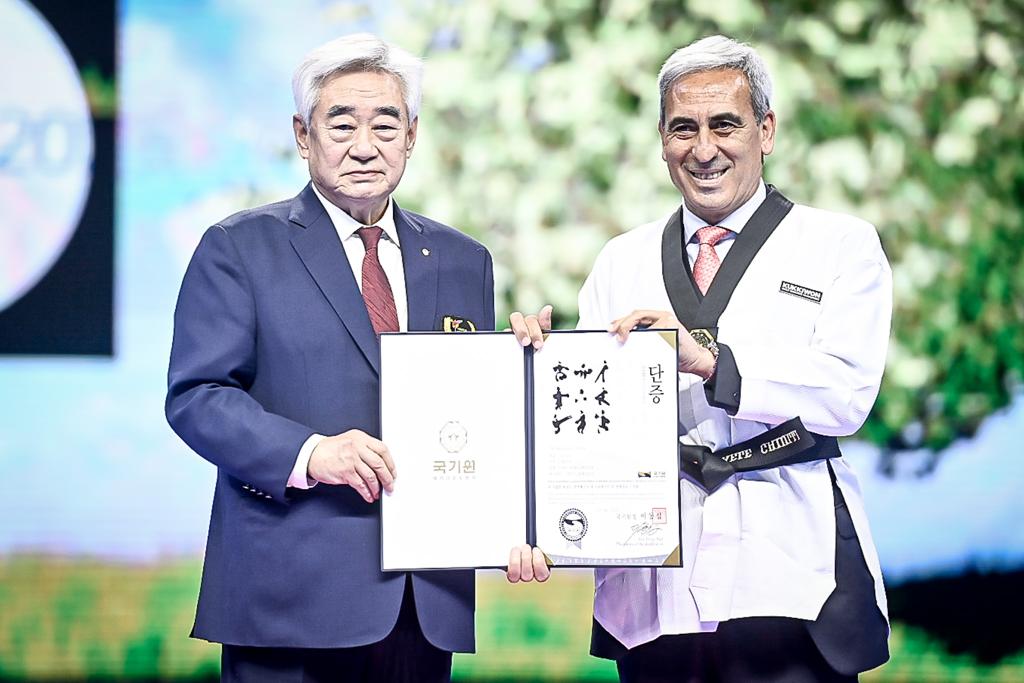 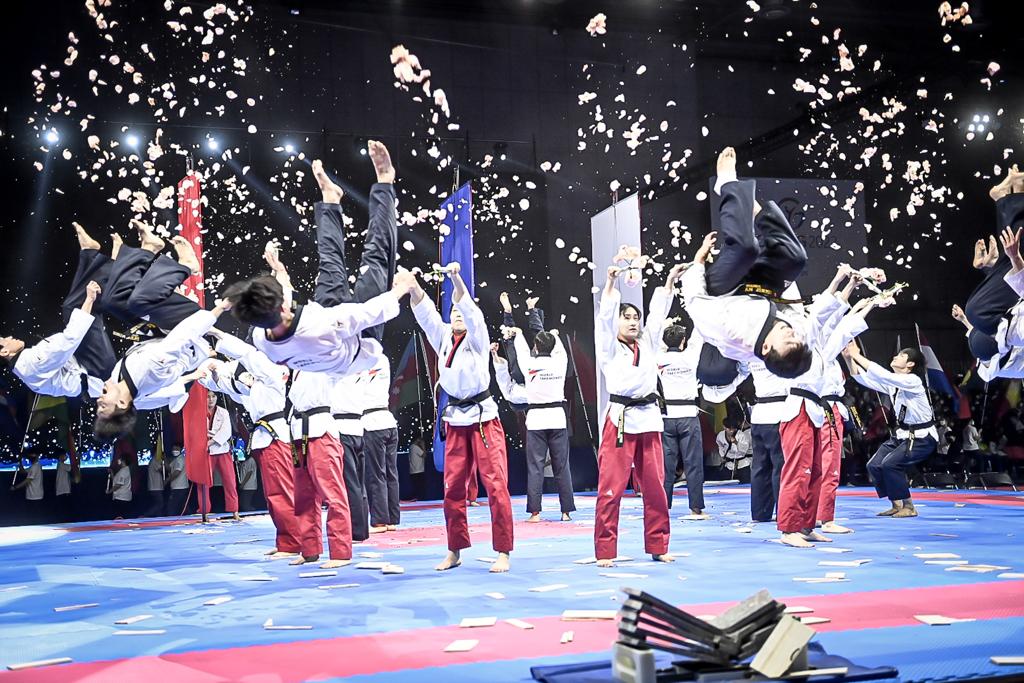 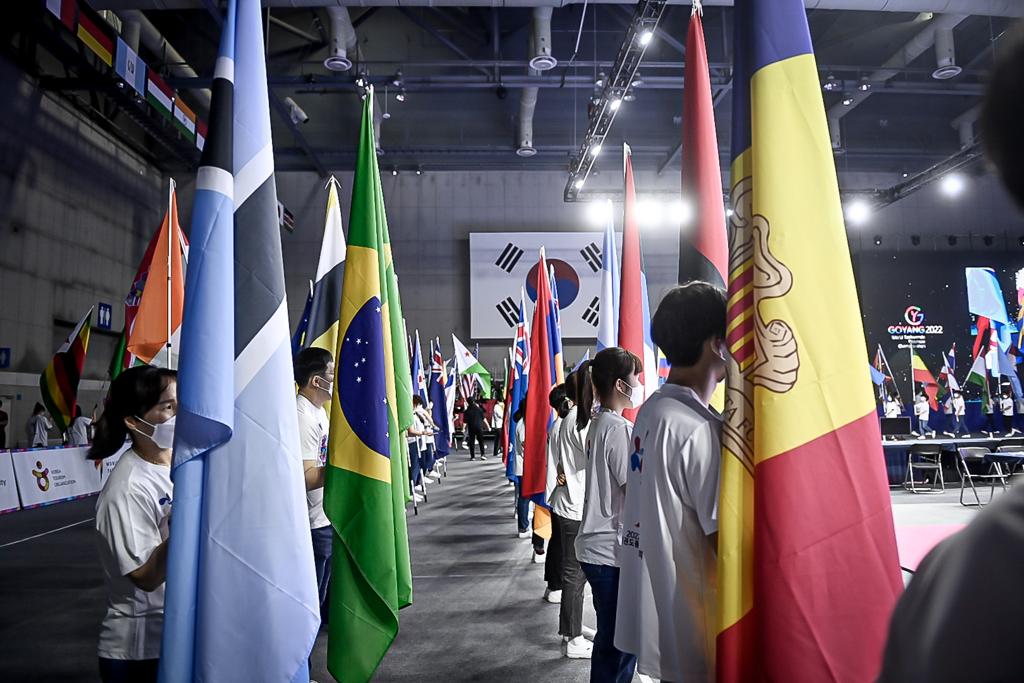 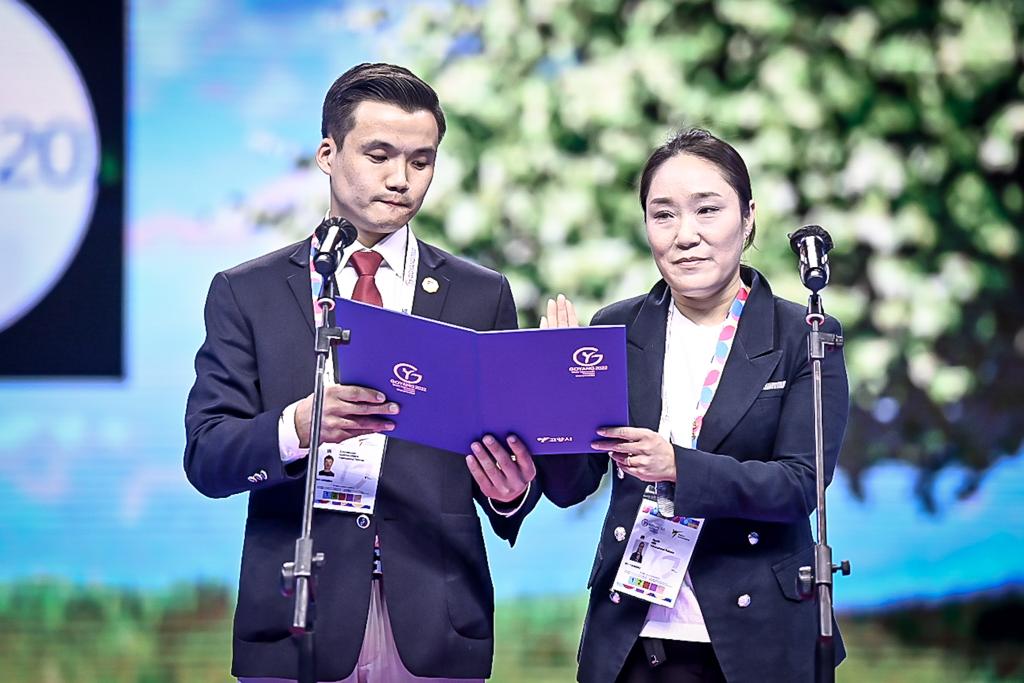 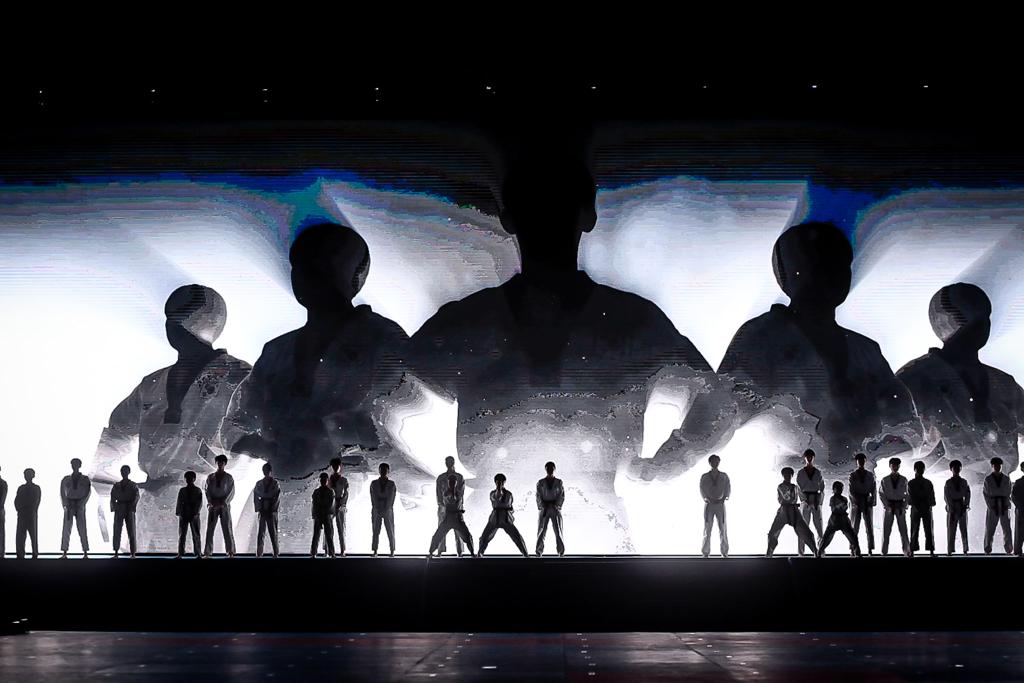 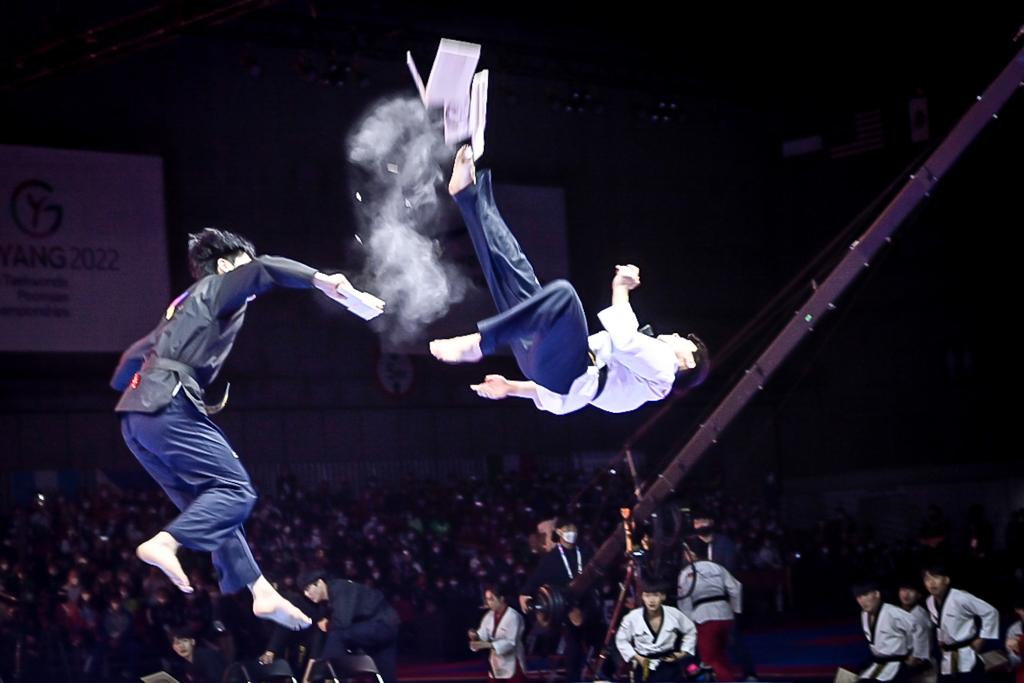 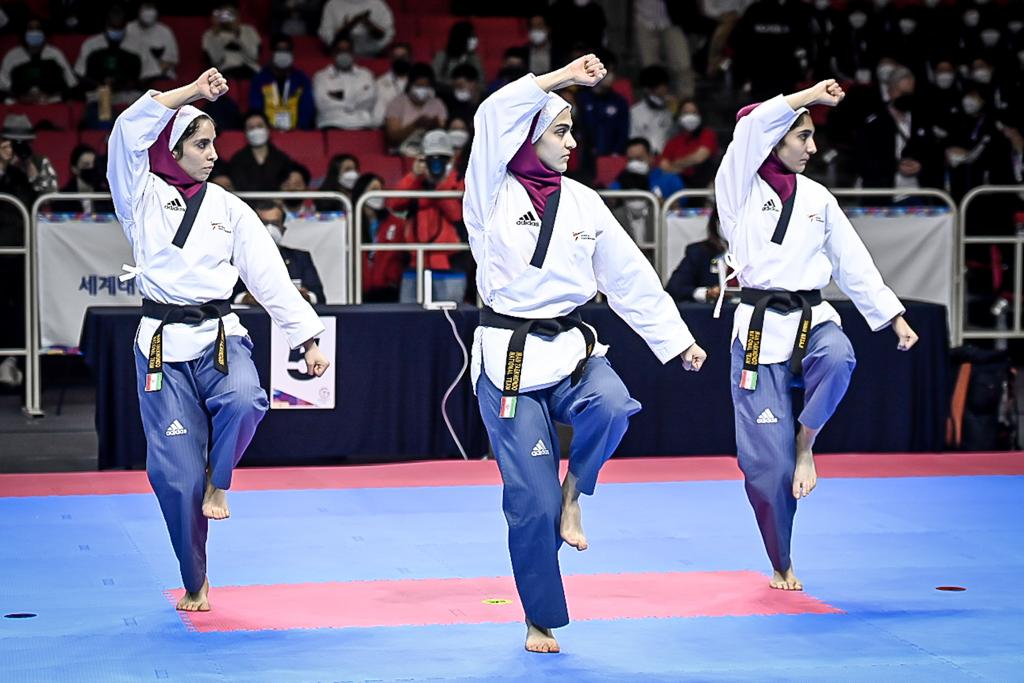 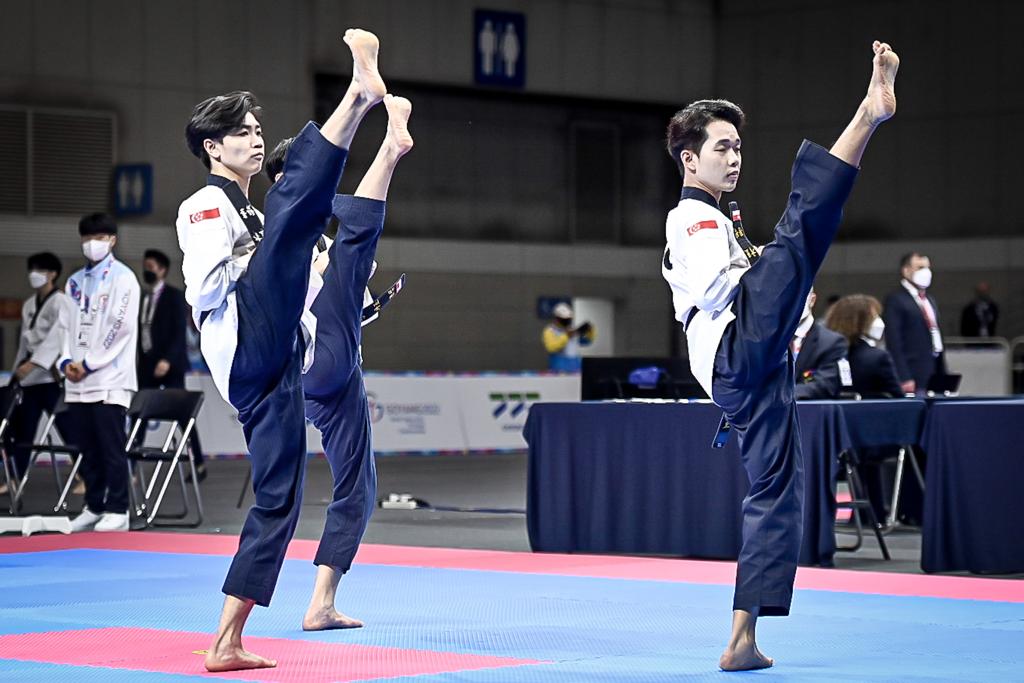 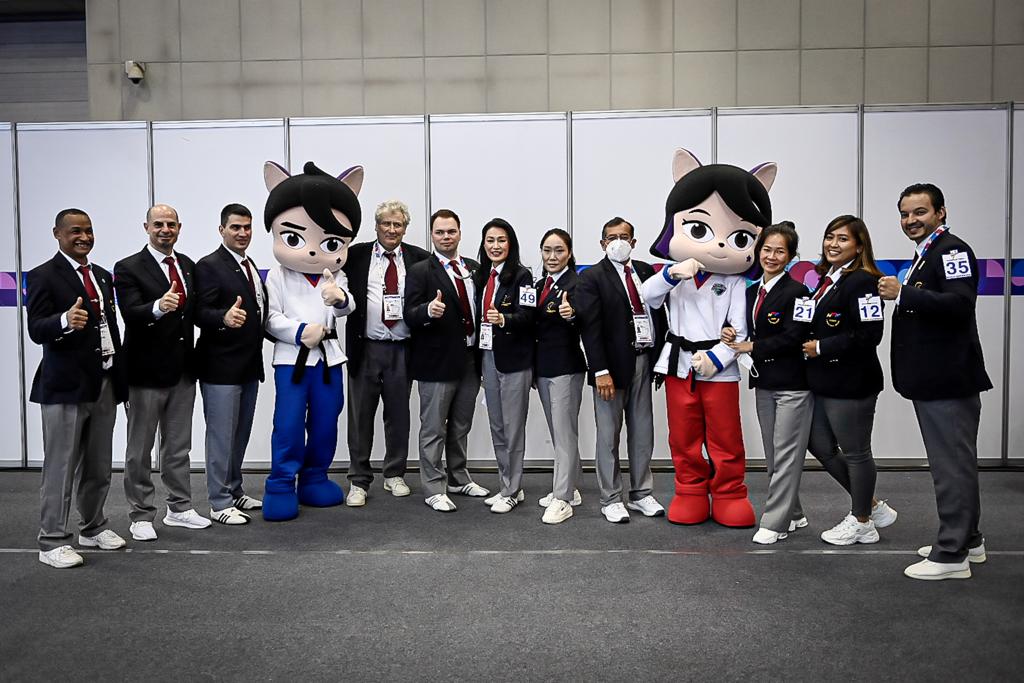 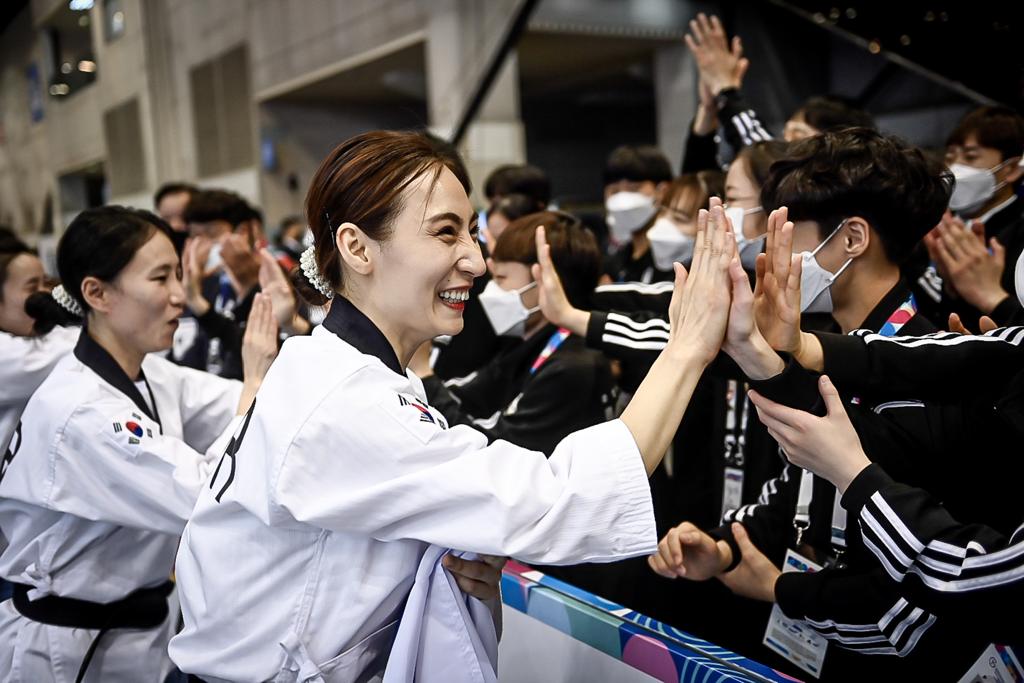