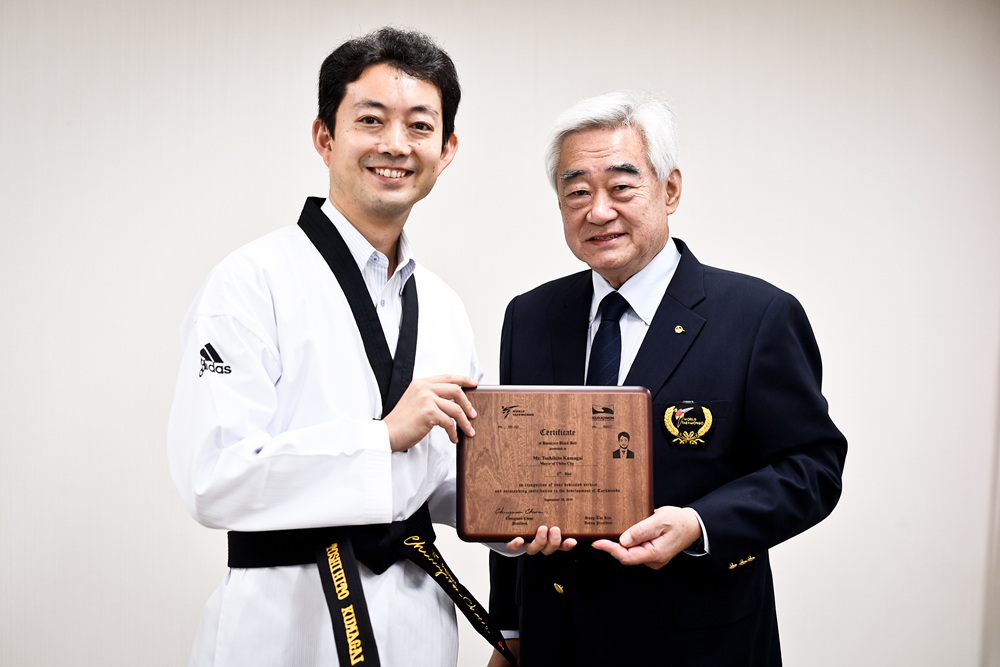 President Choue said “We appreciate your huge support in developing taekwondo. All the taekwondo family around the world expect to see successful taekwondo events in the Tokyo 2020 Olympic and Paralympic Games. Therefore, I am delighted to present the honorary 6th dan black belt certificate to you today.”

Mayor Kumagai said “We successfully hosted the Chiba World Taekwondo Grand Prix earlier this month. During the Chiba Grand Prix, not only myself, but also about 300 children who watched the WT Demonstration team’s awe-inspiring performance at Elementary School, were hugely delighted. We learned the true value of taekwondo. We will do our best to be a one of the best events in the Tokyo 2020 Olympic and Paralympic Games." 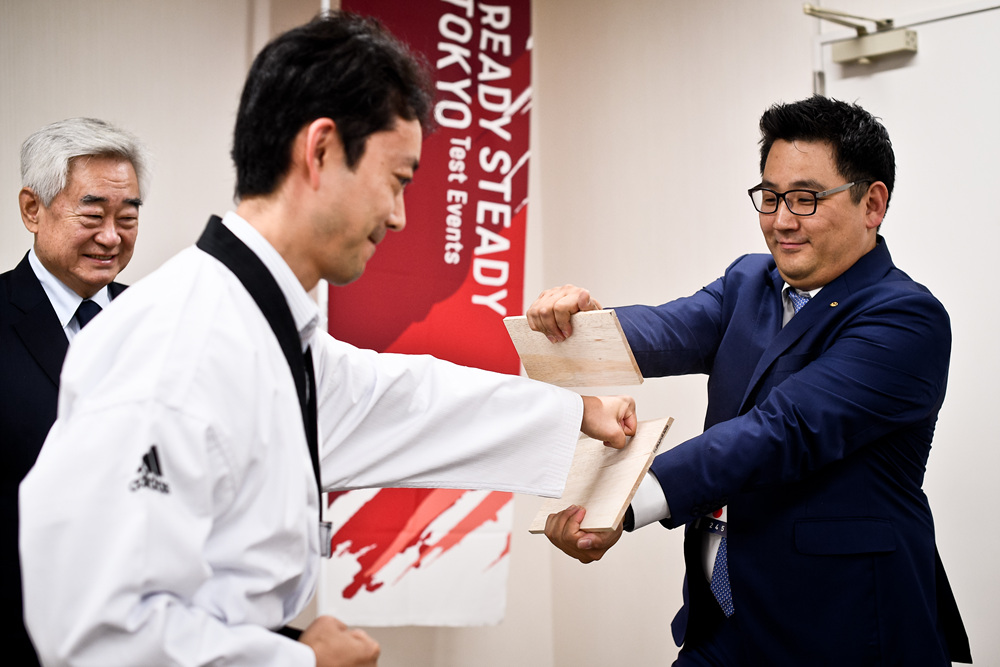