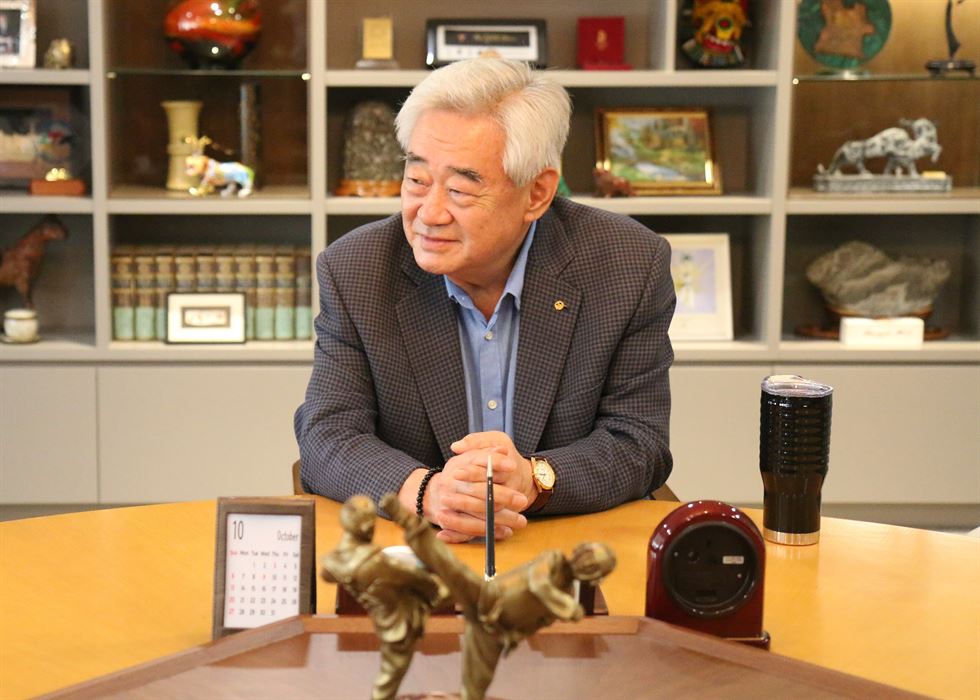 By Jung Min-ho, The Korea Times

Ever since it became an official Olympic medal sport at the 2000 Sydney Games, taekwondo has evolved steadily with new ideas and technologies.

Notably, at the 2012 London Olympics, World Taekwondo (WT), a global governing body for the sport, adopted an electronic scoring system and an instant replay policy to make scoring fairer. At the 2016 Rio Games, it introduced a smaller, octagonal mat to make the sport more dynamic.

At the 2020 Tokyo Olympics (July 24-August 9), viewers around the world will see the sport's biggest transformation yet. One of the key changes is the adoption of a 4D camera rig that can provide 360-degree "Matrix-style" scans of the athletes' moves for video replays.

With the introductions of a 4D camera system and possibly a new uniform,

"The system will excite many people, just like it excited me two years ago when we tested it for the first time," WT President Choue Chung-won said during a recent interview at his office in Seoul. "I'm sure of its success at Tokyo." "Not only that, it will also make WT's scoring system even fairer by eliminating blind spots."

The camera system was tested at the 2018 WT Grand Slam Champions Series at Wuxi, China, and the Championships in Manchester, the United Kingdom, in May. Reactions were extremely positive, Choue said.

WT is still working to enhance the system, which may be tested again at its events before the Olympics.

WT is also developing a new uniform, which is expected to be more comfortable and colorful.

However, as some people have voiced concerns that a non-white uniform could undermine the traditional color of taekwondo, WT will collect more opinions from officials, athletes and fans before deciding whether to proceed with the plan.

"Just to be clear, we are not seeking to change the traditional white taekwondo uniform," Choue said. "Our plan is about replacing the uniform for fight competition. There are materials that can be utilized for making it better for both athletes and fans. I think it needs to be more convenient for athletes and more attractive for fans. Arm and shin guards, for example, can be attached to the new uniform."

With more advanced technology and a better uniform, Choue hopes the Tokyo Games will be another turning point for the sport.

Click to read more articles from the Korea Times HERE