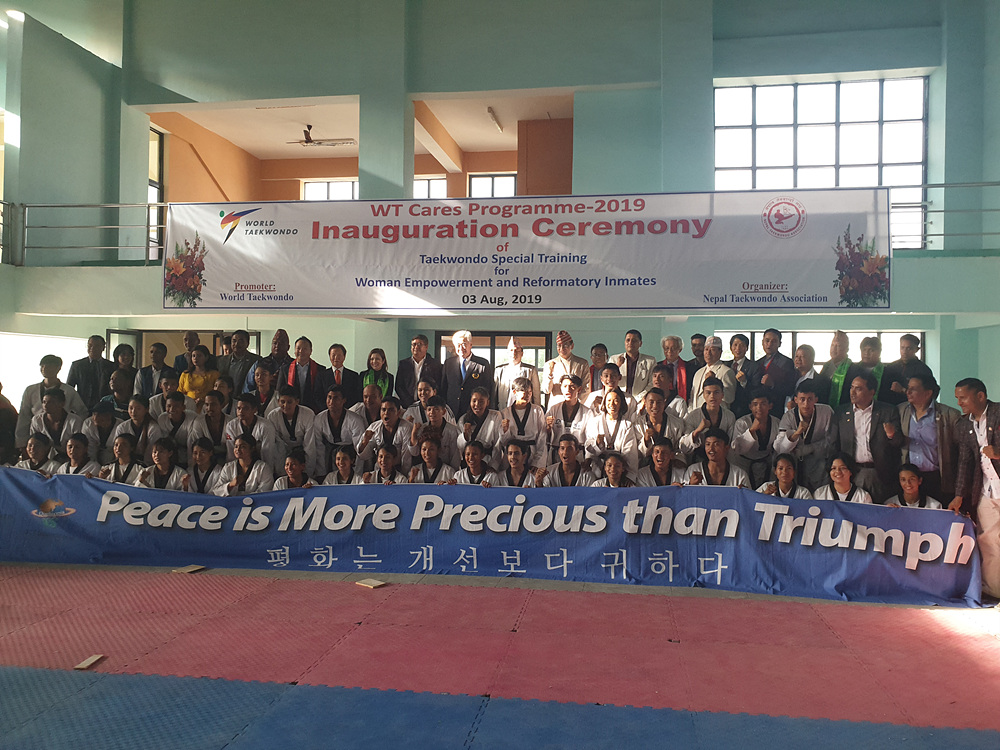 The opening ceremony drew hundreds of people, including 88 students from two reformatory inmate centers - the Prisoner Assistance Nepal and the Early Childhood Development Center - and 162 students from four women empowerment centers - Rakshya Nepal, Genesis Academy, Aasha Nepal and Maiti Nepal - all in downtown Kathmandu. The ceremony was held at the National Taekwondo Academy in Lalitpur, Nepal. 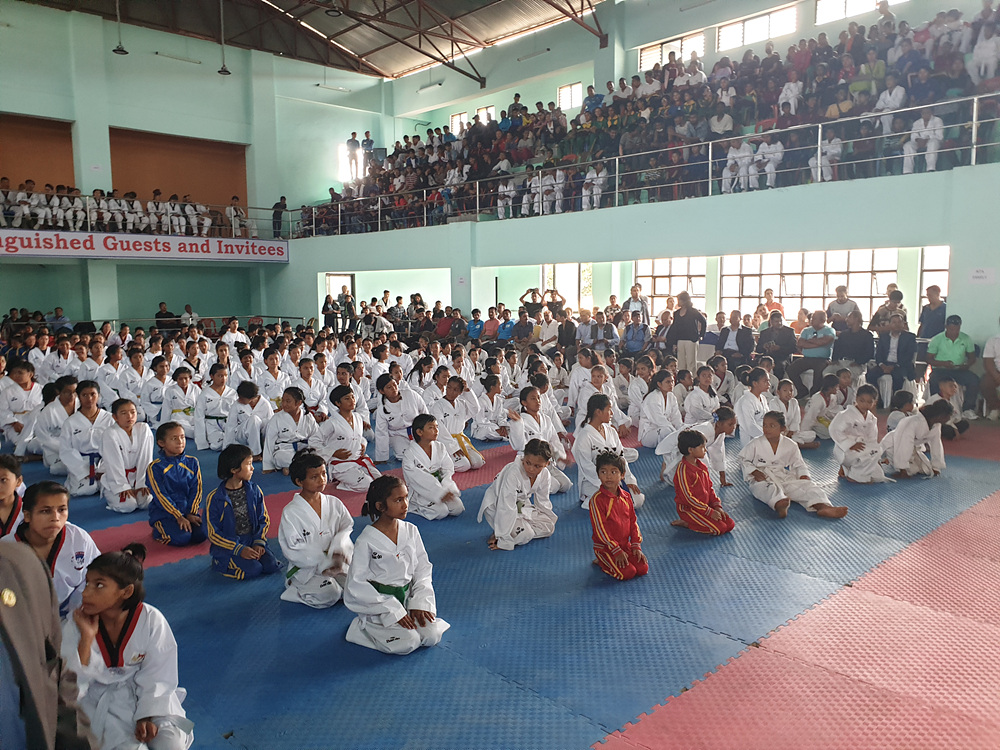 "I wish to thank the Nepal Taekwondo Association and the Asia Development Foundation for supporting these Nepal Taekwondo Cares projects. We want to keep expanding these Cares programs in Nepal," said WT President Choue in the ceremony.

He continued to say, "Through taekwondo education and training, I wish you to grow up as good global citizens and hope that some of you will become champions of international taekwondo championships."

The peace statue text reads: "During the massive earthquake in April 2015 in Nepal, the World Taekwondo carried out an earthquake relief project in Nepal. that project acted as a pilot program for the Taekwondo Humanitarian Foundation, which was established in April 2016. Such initiatives and movements are closely following the spirit and philosophy of Dr. Young Seek Choue's GCS Movement." 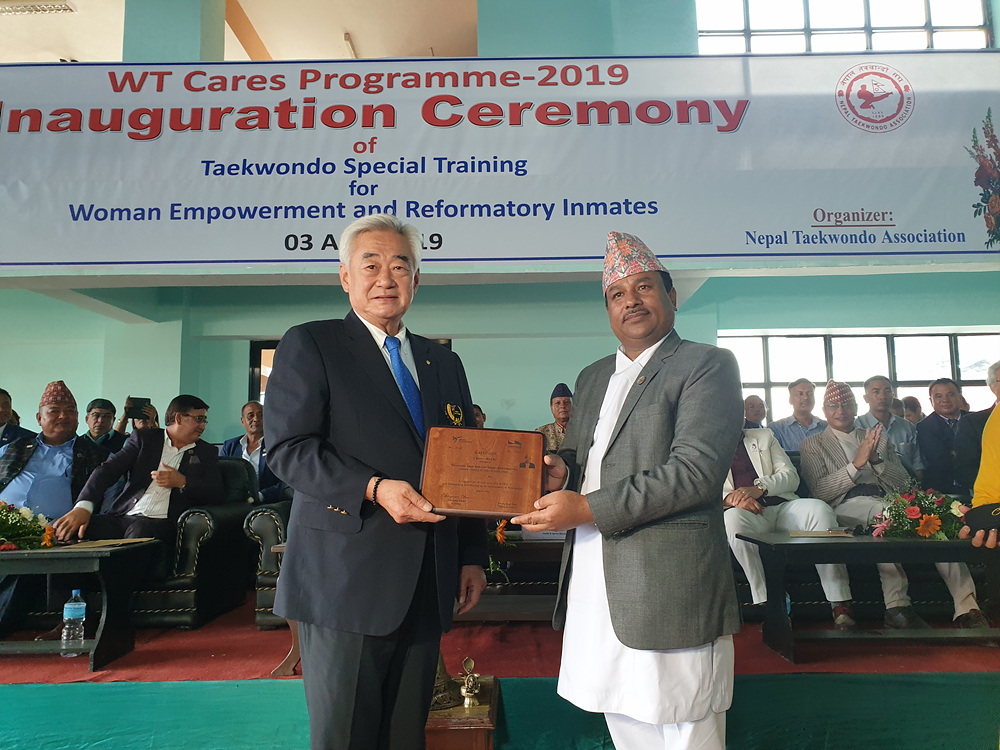 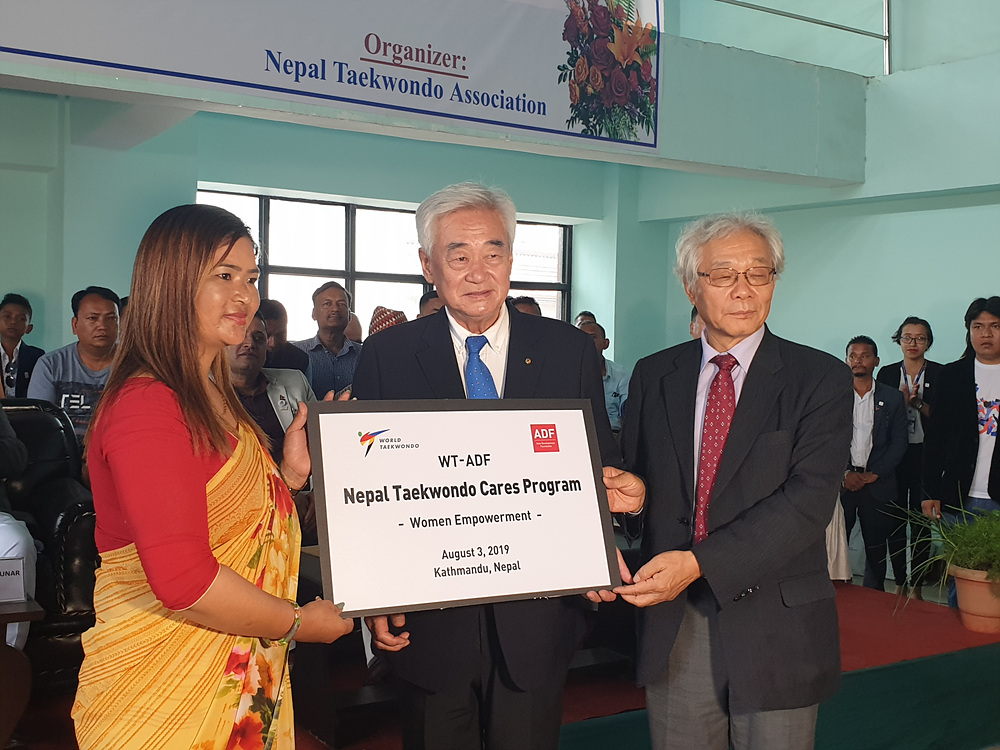 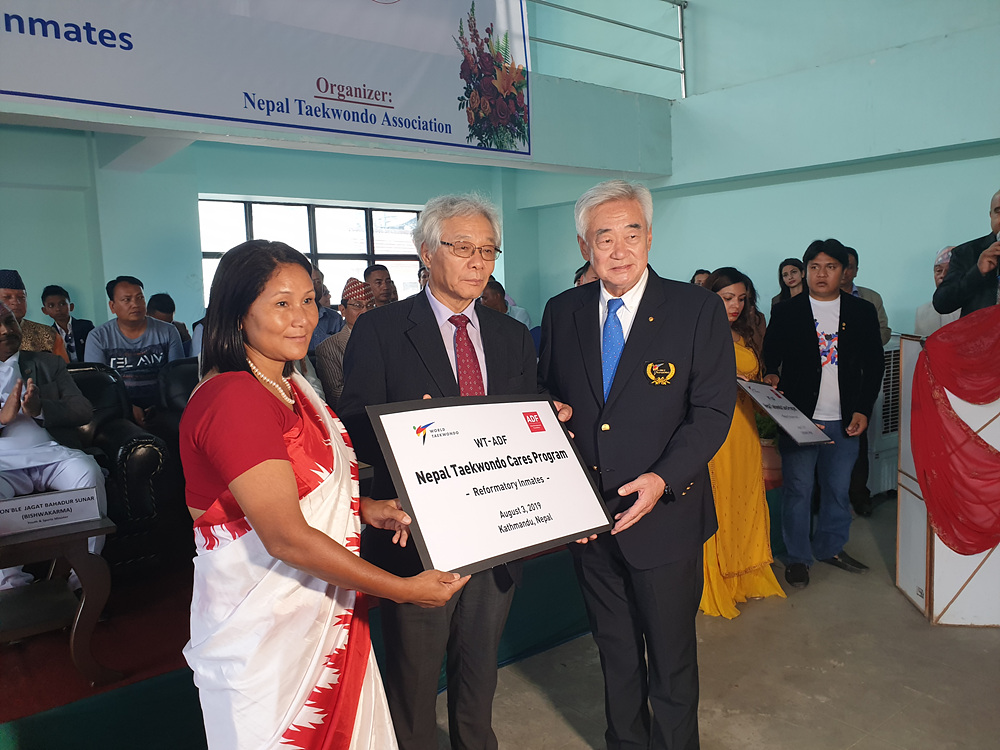 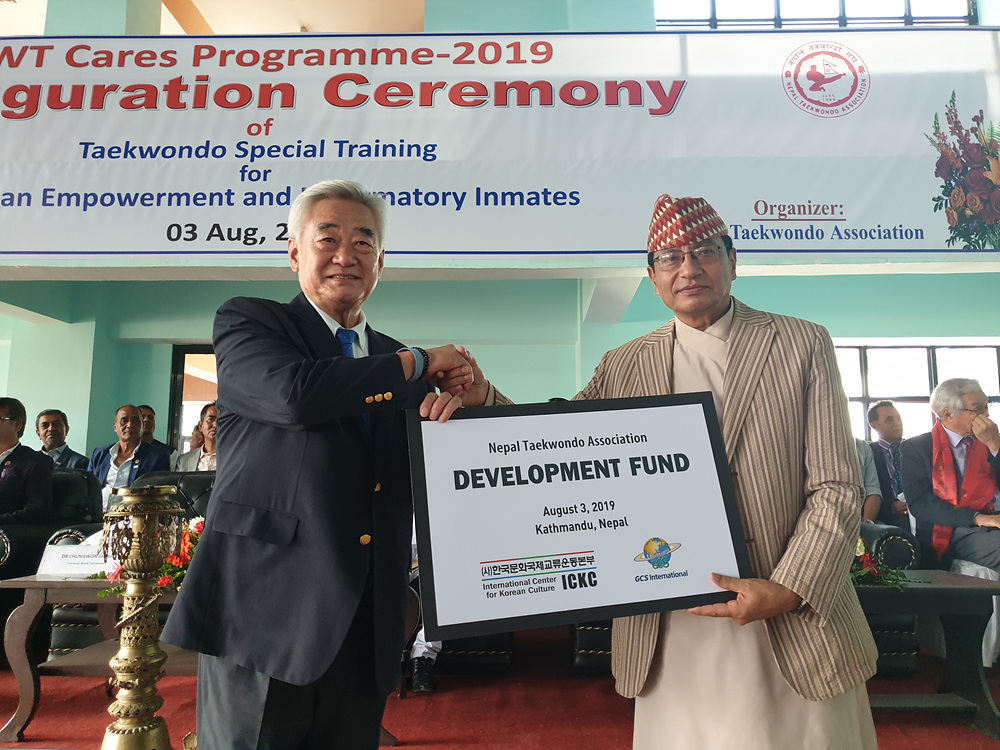 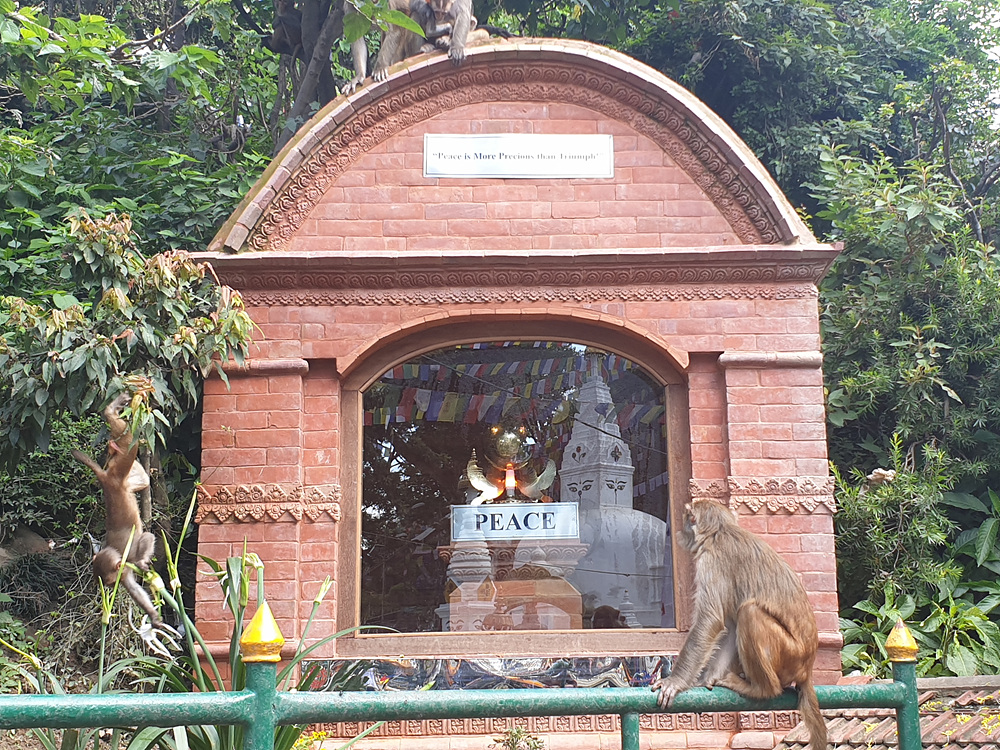 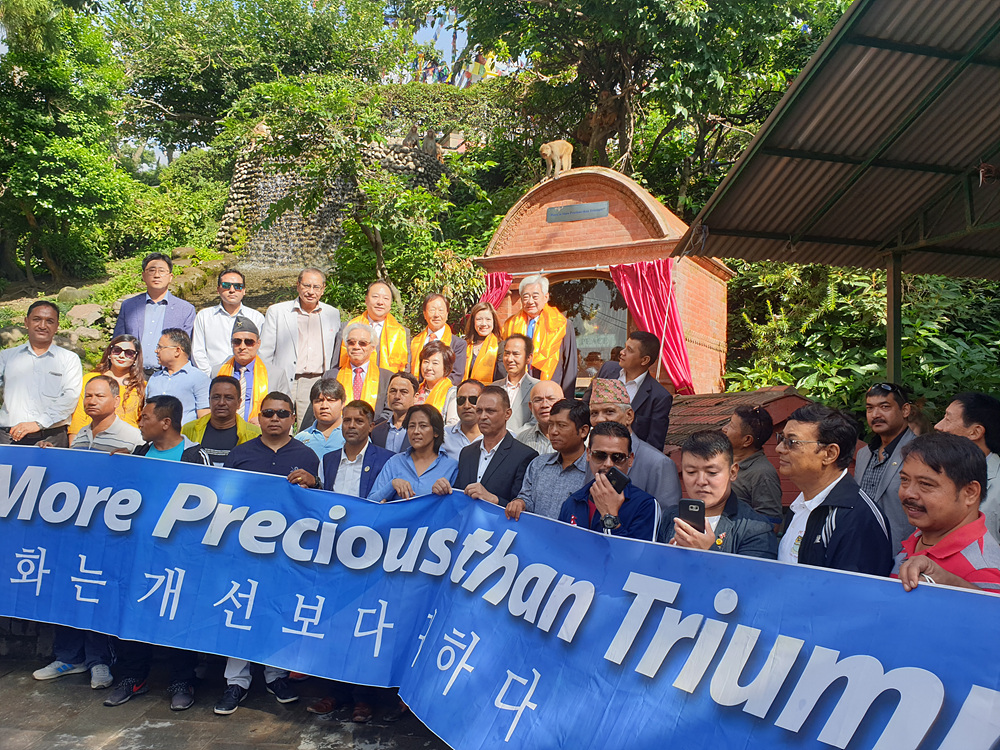