Power is key to success for Da-Bin Lee

Taekwondo is a sport which combines speed, skill and power.

There are many different ways to win a match but for Korea’s recently crowned Grand Prix Champion, Da-Bin Lee, it is clear that power is a major priority.

Lee won gold at this month’s Roma 2019 Grand Prix, overcoming Briseida Acosta of Mexico 10-4 in the women’s +67kg final. It was Acosta who showed the early promise, going 3-2 up in the first round. The second round finished 4-4 but in the final round Lee stepped up a gear as she landed a series of kicks on the counter to take the gold medal.

It was a result Lee was very “proud” of, not least because of her concerns about not having enough time to train following the World Taekwondo Championships in Manchester in May.

In Manchester, Lee was competing in the -73kg, which she finds easier as her opponents are not as tall or powerful. In the Grand Prixs, however, the category is +67kg and that make a big difference.

“At the next Grand Prix in Chiba there will be more powerful athletes who come so I want to do more weight training,” Lee says. “I want to train more for the physical side.”

Competing in the heavyweight category, it is perhaps not surprising that power is a key focus for Lee. With fighters often falling into the clinch it is important that they do not allow their opponents to overpower them.

But taekwondo is more than just a physical sport, a fact that Lee is very aware of. “In the fight [against Acosta] I overcame the mental side. Before that competition, when I was in a bad situation it was hard for me to overcome it. But against Acosta I came from behind and achieved on the mental side.” 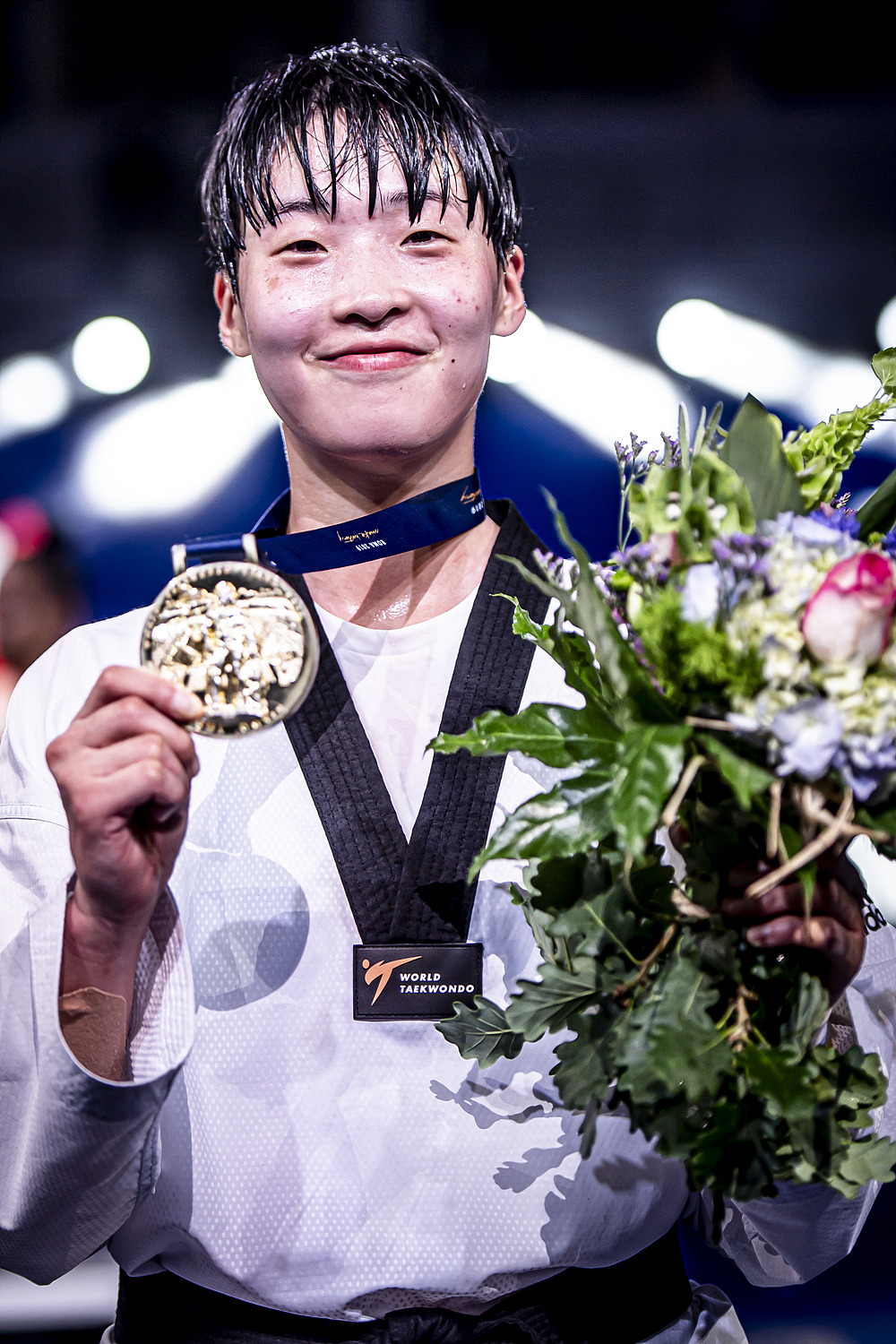 “I train in the morning for two hours and in the afternoon for another two hours. When I practise taekwondo, I feel very happy. Once a week I self-train after dinner. When I am self-training it is just image training.”

A technique she dedicates a lot of time to in training is the head kick. “My favourite kick is the higher kick. Especially when the body score is not so good like it was in Roma, I try more head kicks.I am very good on short distance. I am fast. I try to make opponents keep guessing as I move quickly.”

This dedication is driven by her love of taekwondo, a sport which she has been practising since middle-school when her best friend inspired her to take it up. But it is the drive for success which she loves the most.

“When I get a gold medal: that feeling makes me very happy.”

And Tokyo 2020 is firmly in her sights in her pursuit of happiness.

“My first goal is to qualify. If I get it, I want to get a gold at Tokyo Olympics.” 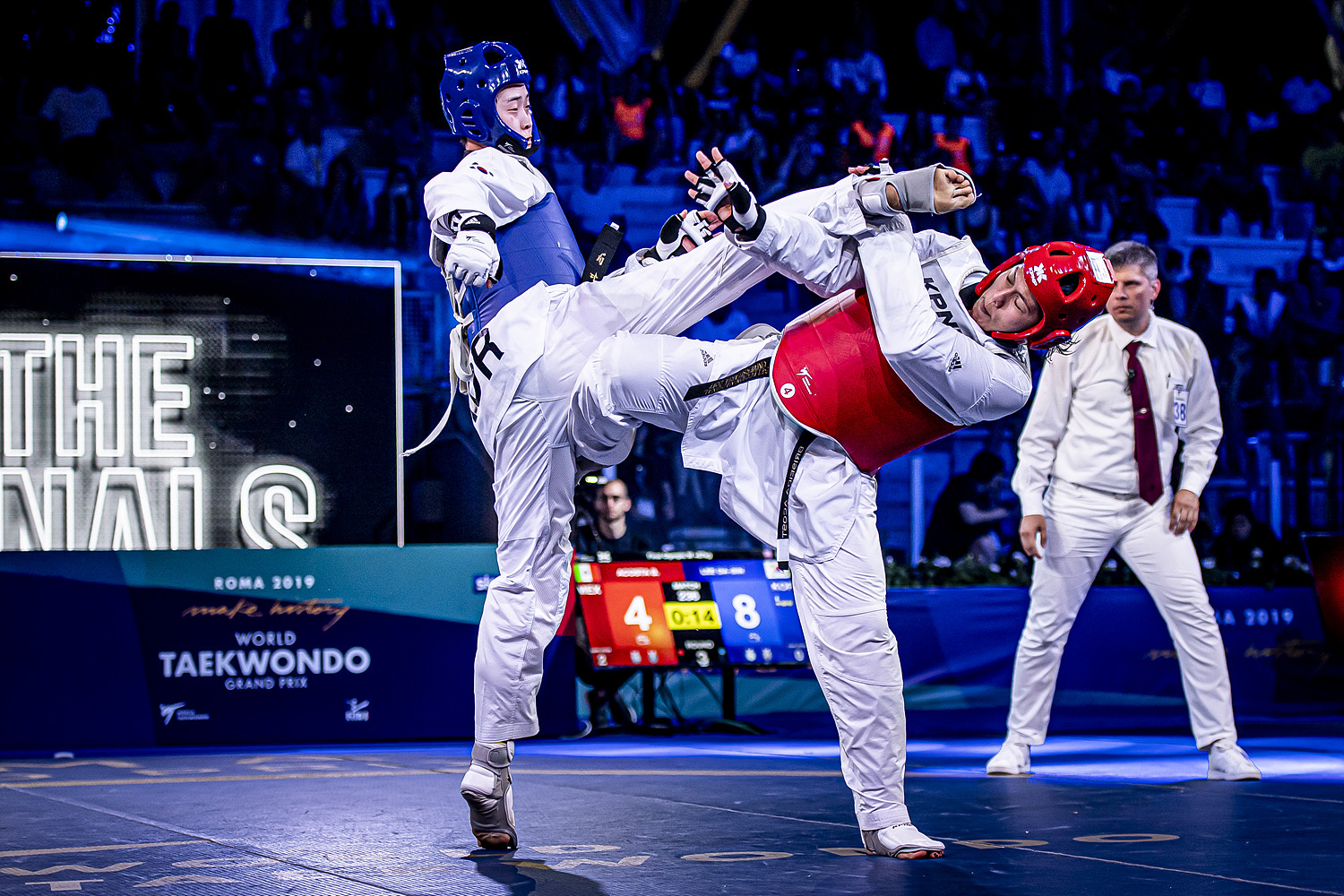