SEOUL, Korea (April 23, 2019) – The Manchester 2019 World Taekwondo Championships take place from May 15-19, at the Manchester Arena, UK. Which fighters will emerge victorious?

That is impossible to say, but in a special preview below we look at some of the key contenders in the women -62kg, -67kg, -73kg and +73kg categories.

The top-ranked Irem “The Gold Hunter” Yaman of the powerful Turkish women’s squad is the most likely-looking player in this category, having enjoyed solid fighting seasons in 2018 with two Grand Prix victories at Moscow and Taoyuan following on from her Grand Slam gold at Wuxi in 2017. 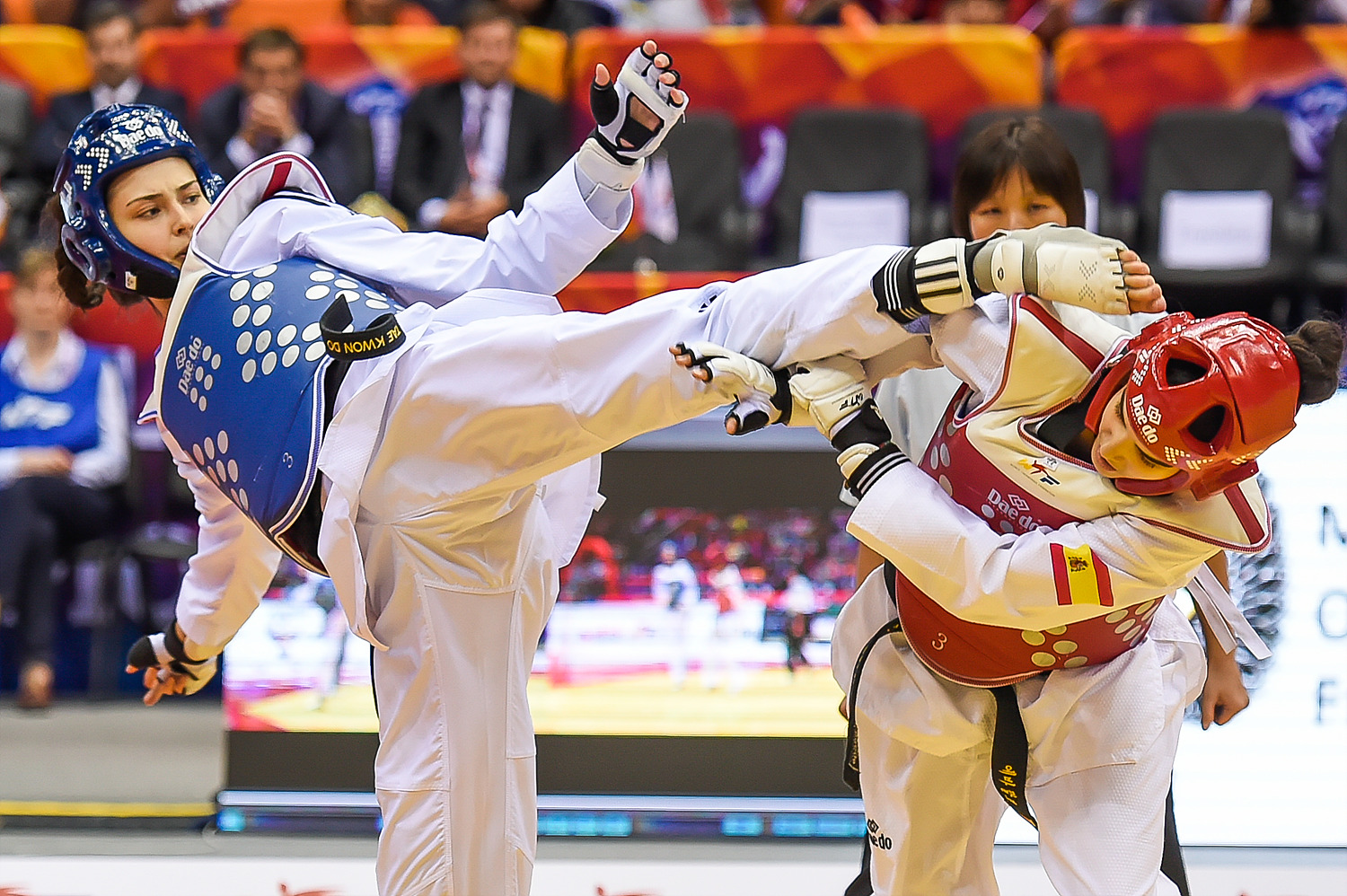 She also has top form at the Worlds: She was World Champion in the category in 2015 in Chelyabinsk. And she has plentiful respect: She was WT’s “Female Player of the Year” in 2018.

If she can take advantage of her height, experience and skill, Yaman looks good for gold. But there are other players gunning for victory. Korea’s Da-yeong Kim and Zongshi Luo of China and Magda Wiet Henin of France are all rivals Yaman will have to overcome on the road the to the medal podium.

Sports fans love rivalries. For example in tennis: Roger Federer versus Rafael Nadal; in boxing Sugar Ray Leonard versus Roberto Duran, and in football, Christian Ronald versus Lionel Messi. And one of taekwondo’s greatest rivalries is in this category, where Cote d’Ivoire’s Ruth Gbagbi faces off against Team GB’s Lauren Williams. 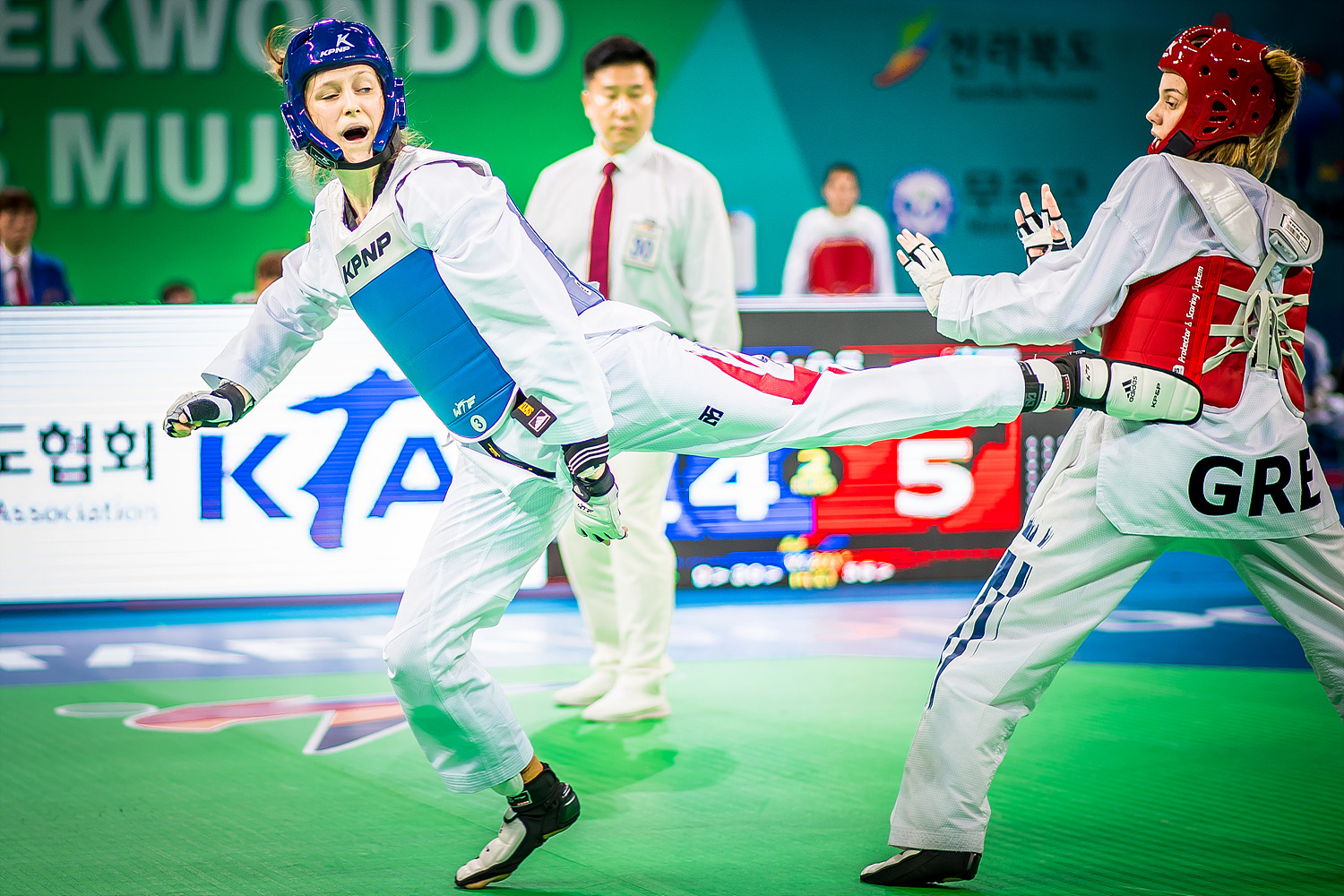 William won golds in both the 2014 and 2016 Junior Worlds, and also won gold at the Wuxi Grand Slam in Wuxi in 2018. Last year, she also captured gold at Manchester Grand Prix, making her a core player in GB’s world-beating women’s squad.

They are a dream match-up who –if they make it to the finals – will bring the crowd in Manchester to their feet. Both women have excellent technique - but, moreover, are the kind of highly offensive, intensely physical battlers who are rarely witnessed in the female division. 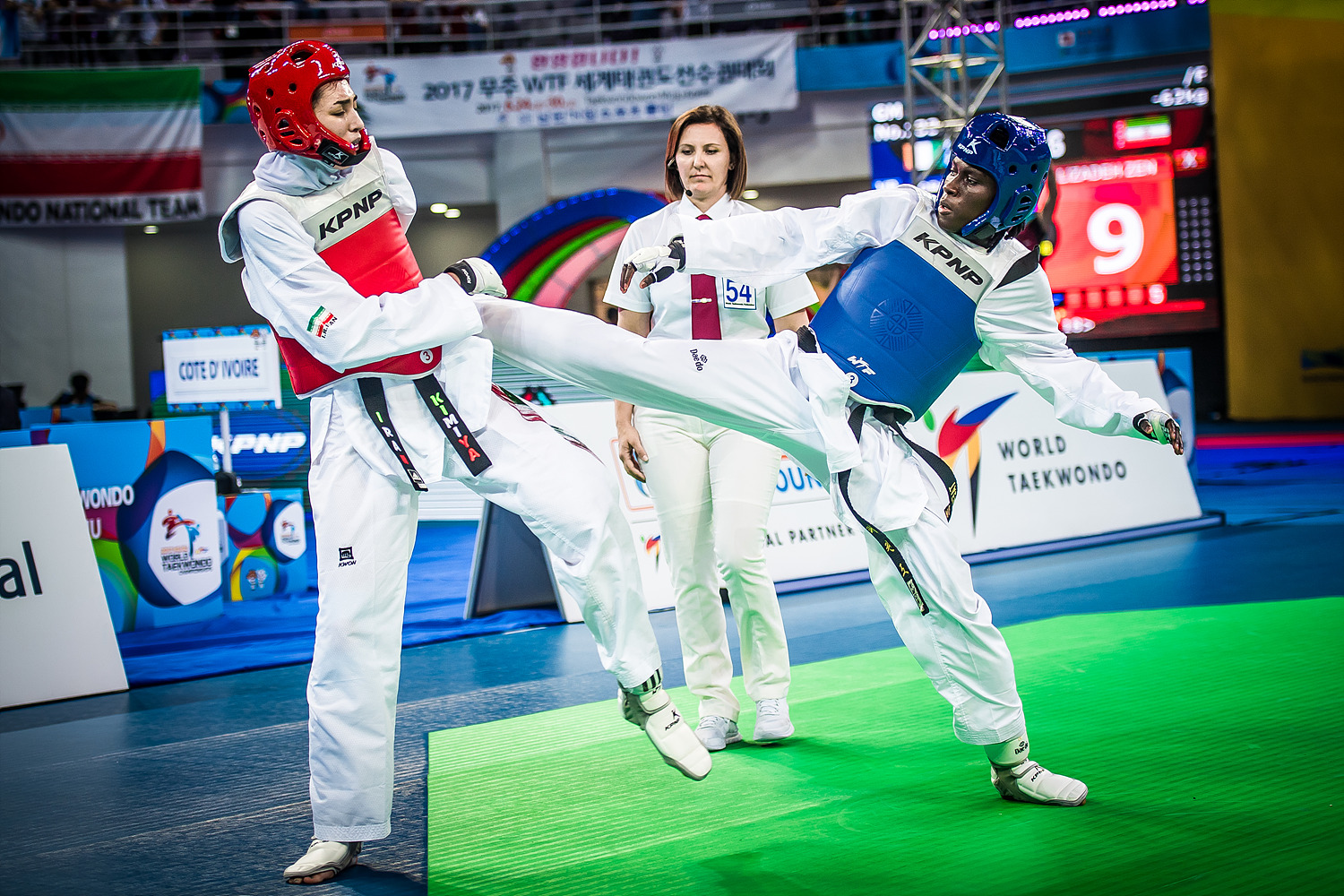 In the last two years, Williams has had the upper hand in their legendary clashes. In 2017 London Grand Prix, Williams won in a high-scoring match, but in the same year, at the Grand Prix Final in Abidjan – Gbagbi’s home turf - she defeated Williams in a tight battle.

Most recently, however, at the Rome Grand Prix and the Wuxi Grand Slam, both in 2018, Williams came out top.

And yet this is such a strong category, neither might make it to the finals. The highly experienced Current World Champion Nur Tatar of Turkey remains on form. Then there is Haby Niare of France, the Rio 2016 silver medalist, who last year returned to the elite-level game after a long injury layoff. And there is also Team Korea’s Jan-di Kim, who will be making her third attempt at the Worlds.

Korean wunderkind Da-bin Lee will be seeking gold in her first World Championship, but is facing a dangerous-looking field: It contains the highly experienced and consistent medalist Nafia “The Amazon” Kus of Turkey, current World Champion and London 2012 Olympic Champion Milica Mandic of Serbia and veteran Mexican warrior Maria “Fist of Fury” Espinoza, who won the bronze at the Muju Worlds in 2017. 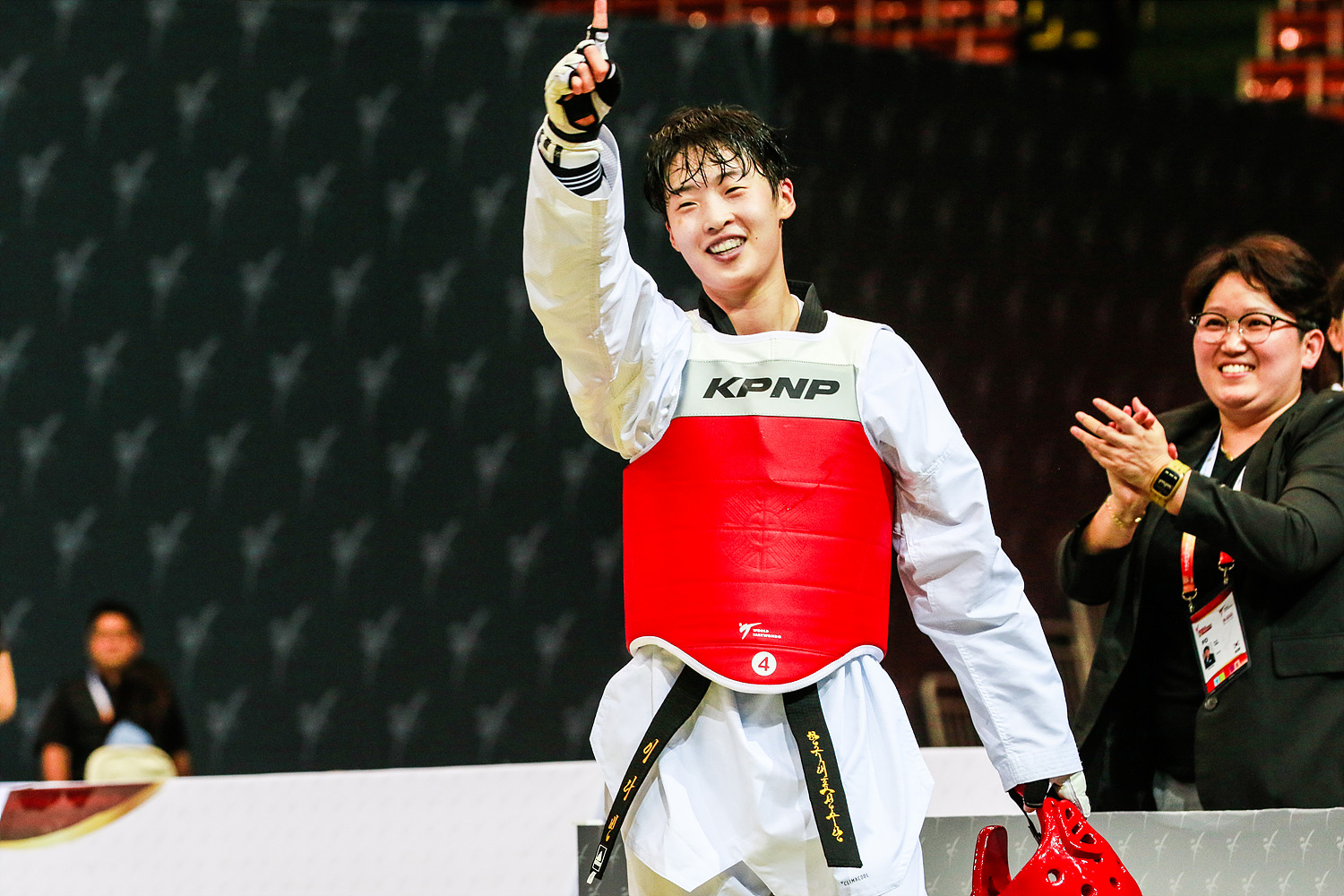 Lee became a surprise superstar after crushing the widely fancied Bianca Walkden of Team GB at the Taoyuan Grand Prix last year. However, she is not tall for this category, and there are two players with truckloads of experience

Mandic is the top-ranked player and continues a long and successful career with consistent medals; and then there is Espinoza, the fiery Mexican whose punch and back kick are world-class.

All this makes the category both star-studded and difficult to predict.

The women’s heavyweight category is another popular category full of strong fighters, and is the arena of a powerful rivalry between China’s 2016 Olympic Champion Shuyin Zheng and Great Britain’s double World Champion Bianca Walkden, who captured her titles in Chelyabinsk in 2015 and Muju in 2017. 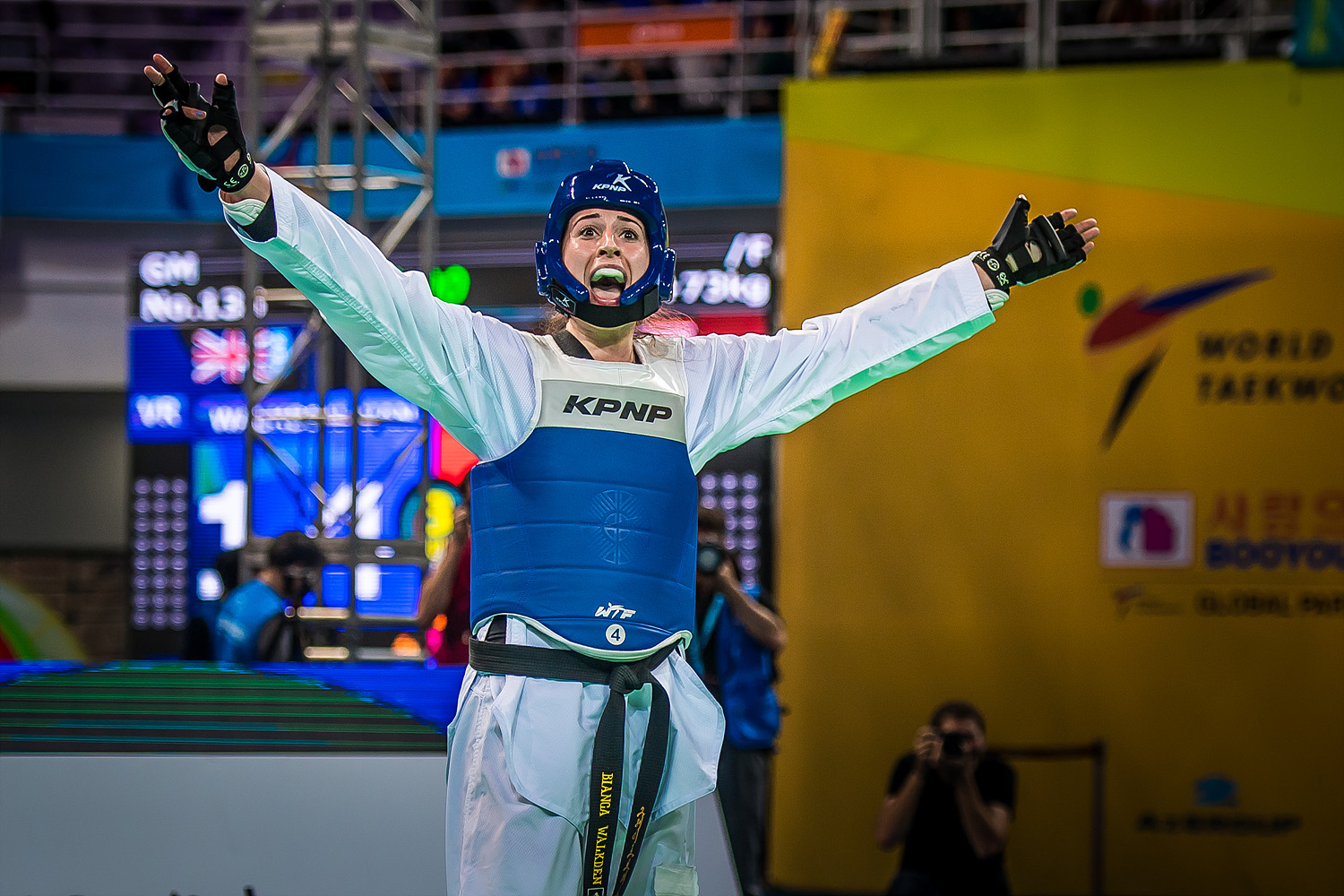 The taller Zheng beat Walkden – who was the then-favorite - in the Rio semi-finals, but Walkden took revenge in spectacular style in 2017, winning the entire Grand Prix Series that year – a historic achievement. Walkden is also a double Grand Slam champion. However, although she ended the 2018 season strong with the Grand Slam victory, her Grand Prix record in the same year was far less impressive than in 2017.

In Manchester, Walkden will have the crowd at her back; technically, she blends a stabbing side kick with head-ringing crescent kicks. But Zheng has considerable tactical nous and a height and reach advantage. Odds are these two will meet in the finals, but until the final buzzer sounds, it is unclear who will come out on top. 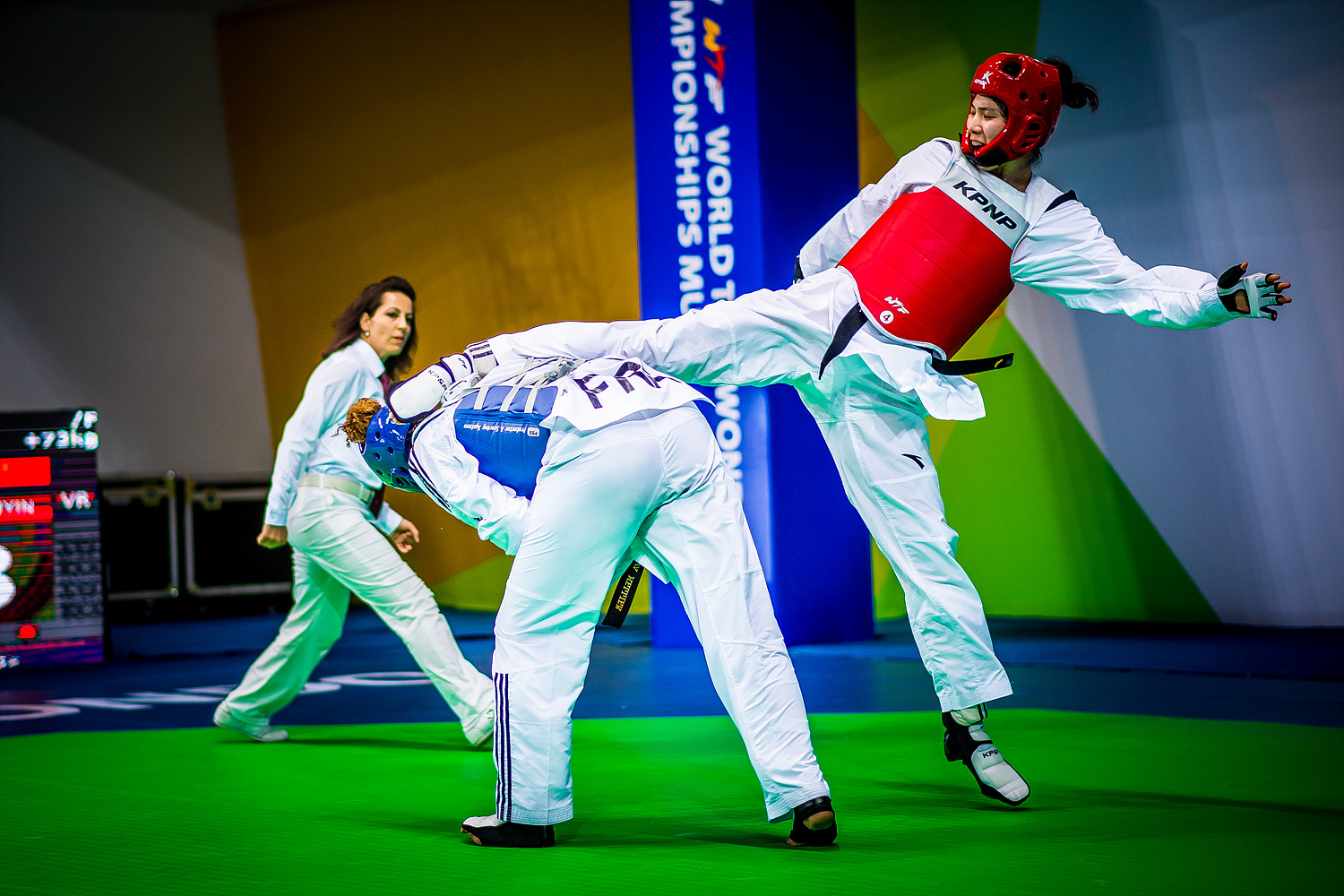