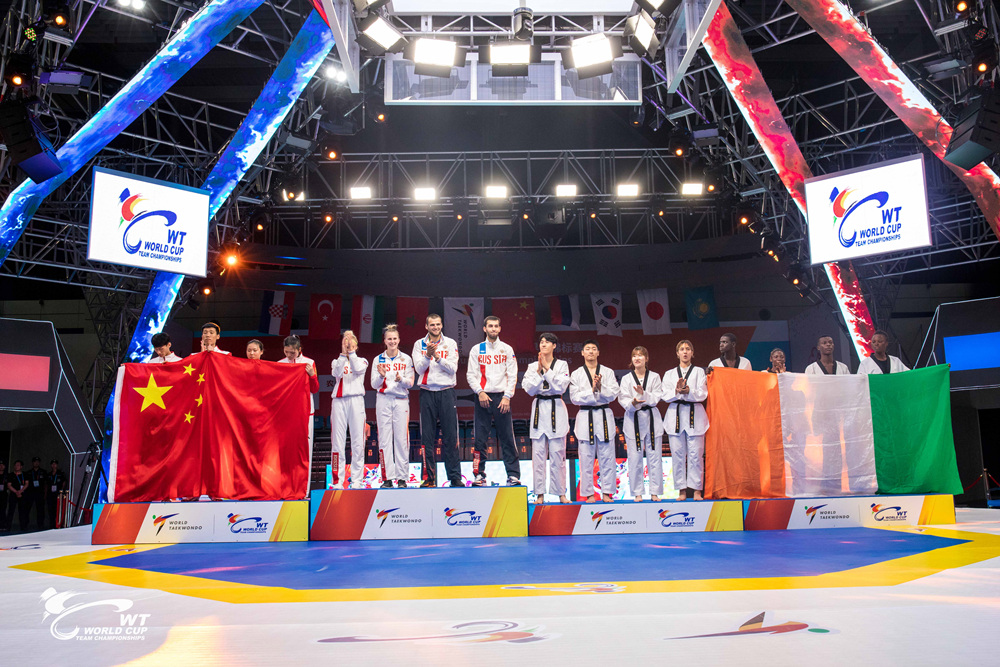 The home fans were treated to an all Chinese final in the women’s team category as the two Chinese teams faced each other following victories over Korea and Morocco in the semi-finals. It was China’s first team (China 1) who claimed a 24-18 victory in the final. Both teams knew each other’s tactics very well, which meant the scores stayed relatively low until the second round where the match began to open up as the sides attacked more aggressively. In the end it was China’s first team who claimed the $40,000 prize. Morocco and Korea won the bronze medals. 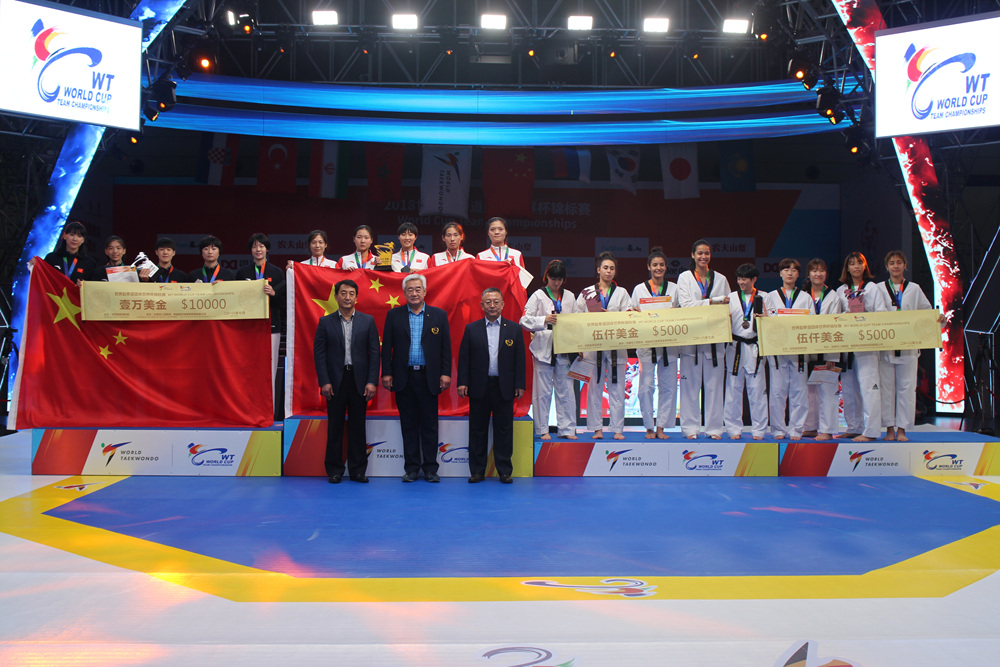 In the men’s category, Korea overcame China’s first team (China 1) to claim a 68-56 victory in a very open and fast-paced match. It was China who started brighter as they took a narrow 18-14 lead into the second round, but the ever impressive Namgoong Hwan turned the match on its head with a skilful head kick and Korea did not look back after that. China 2 and Iran won the bronze medals.

Russia claimed the world tile in the mixed gender category by overcoming China by a margin of 58-40 points. The Russian side was spearheaded by the aggressive Kadyrbech Daurov whose impressive kicks were too strong for the tiring Chinese side. Korea and Cote D’Ivoire took home the bronze medals.

All three winning teams across the three categories will take home $40,000 in prize money along with their world title.