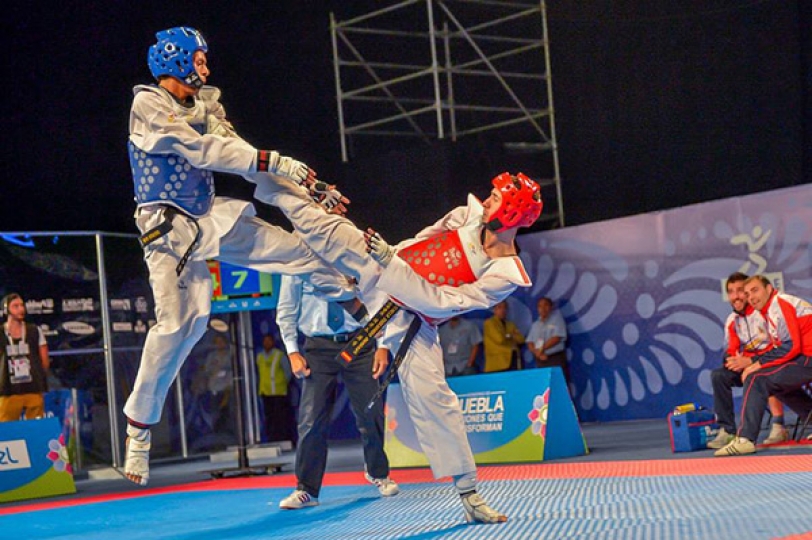 Iran and France clinched one gold medal each on the third day of the 2013 World Taekwondo Championships at the Exhibition Center in Puebla, Mexico on July 17, 2013.

Iran's Behnam Asbaghikhanghah brushed aside a stiff challenge from Korea's Hun Kim to win the men's -68kg final match for the gold medal.

Korea's Kim made his way to the final round as he beat Senegal's Balla Dieye in a semifinal match 10-5.

Turkey's Servet Tazegul, the gold medalist at the 2012 London Olympic Games, failed to reach the round of 16 due to his injuries sustained during the previous matches.

After a scoreless first round, France's Naire earned four points in the second round before ending a third-round score of 5-4.

Naire advanced to the final round by crushing Slovenia's Franka Anic, the gold medalist at the 2013 U.S. Open, 2-0 in a semifinal match.

Chinese Taipei's Chia Chia Chuang made her way to the final round by beating her semifinal opponent, Azerbaijan's Farida Azizova, the gold medalist at the 2013 European Championships, 8-5.

The fourth day of the biennial championships, on July 18, will feature three weight categories: the men's -54kg, the women's -53kg and the women's +73kg. The ongoing World Taekwondo Championships continue until July 21.