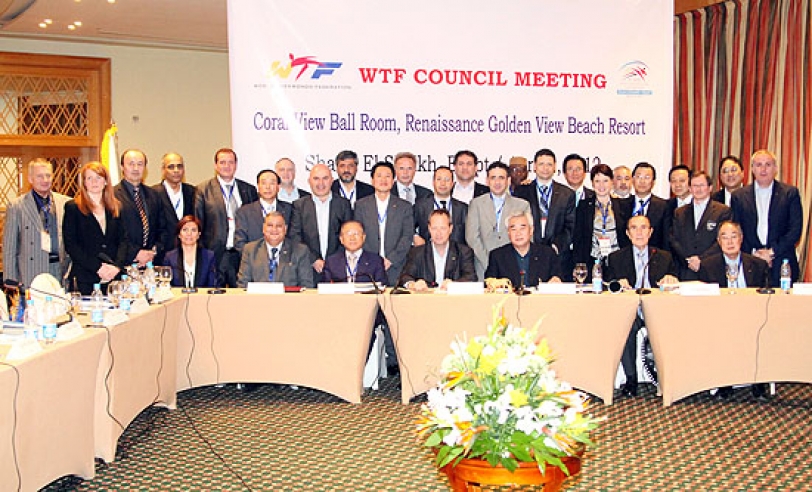 The Mexican city of Puebla won the right to host the 2013 World Taekwondo Championships as it outvoted Croatia's candidate city of Split at its Council meeting at the Renaissance Hotel in Sharm El Sheikh, Egypt on April 2, 2012.

In line with the IOC guidelines, the WTF Council unanimously approved the enactment of bylaws on betting and anti-corruption, and the enactment of the WTF Medical Code.The WTF has adopted these bylaws on betting and anti-corruption as a means of safeguarding the integrity of the sport of taekwondo by prohibiting any conduct that may impact improperly on the outcome of its events and competitions and establishing a mechanism of enforcement and sanction for those who, through their corrupt conduct, place the integrity of the sport at risk.

The Council participants were briefed on the preparations for the taekwondo competition of the 2012 London Olympic Games. Mr. Dai-soon Lee, vice president of the WTF, briefed the Council members on the preparations for the WTF's 40th anniversary of its founding. The Council members received a briefing on the "I Love Taekwondo" and "Friends Guard" project. At the beginning of the WTF Council meeting, WTF President Chungwon Choue presented a plaque of appreciation to Mr. Jin Suk Yang for his five years of service as secretary general of the WTF. WTF President Choue also gave a letter of appointment to Mr. Jean-Marie Ayer as new WTF secretary general, and two new WTF Council members – Mr. Heinz Gruber of Germany and Mr. Milan Kwee of Singapore.