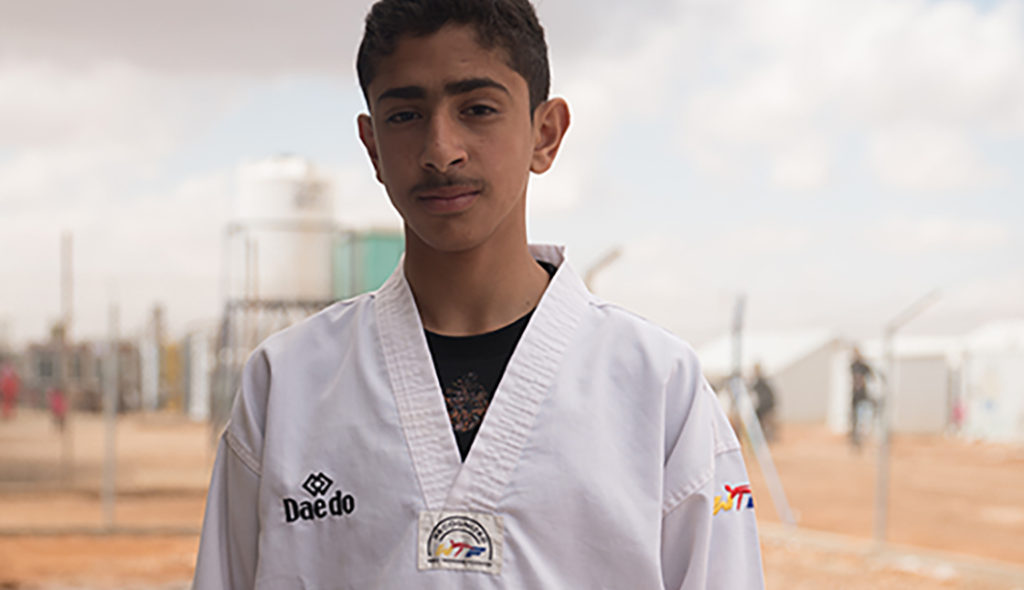 AMMAN, Jordan (Oct. 10, 2018) – 15-year-old Yahya Basam Al-Ghoutani, a Syrian refugee living in Azraq Refugee Camp obtained his black belt this Saturday 6th of October becoming the second participant of all THF’s academies worldwide to ever reach this level after his good friend Wael Al-Farraj obtained his 1st-dan in December 2017. 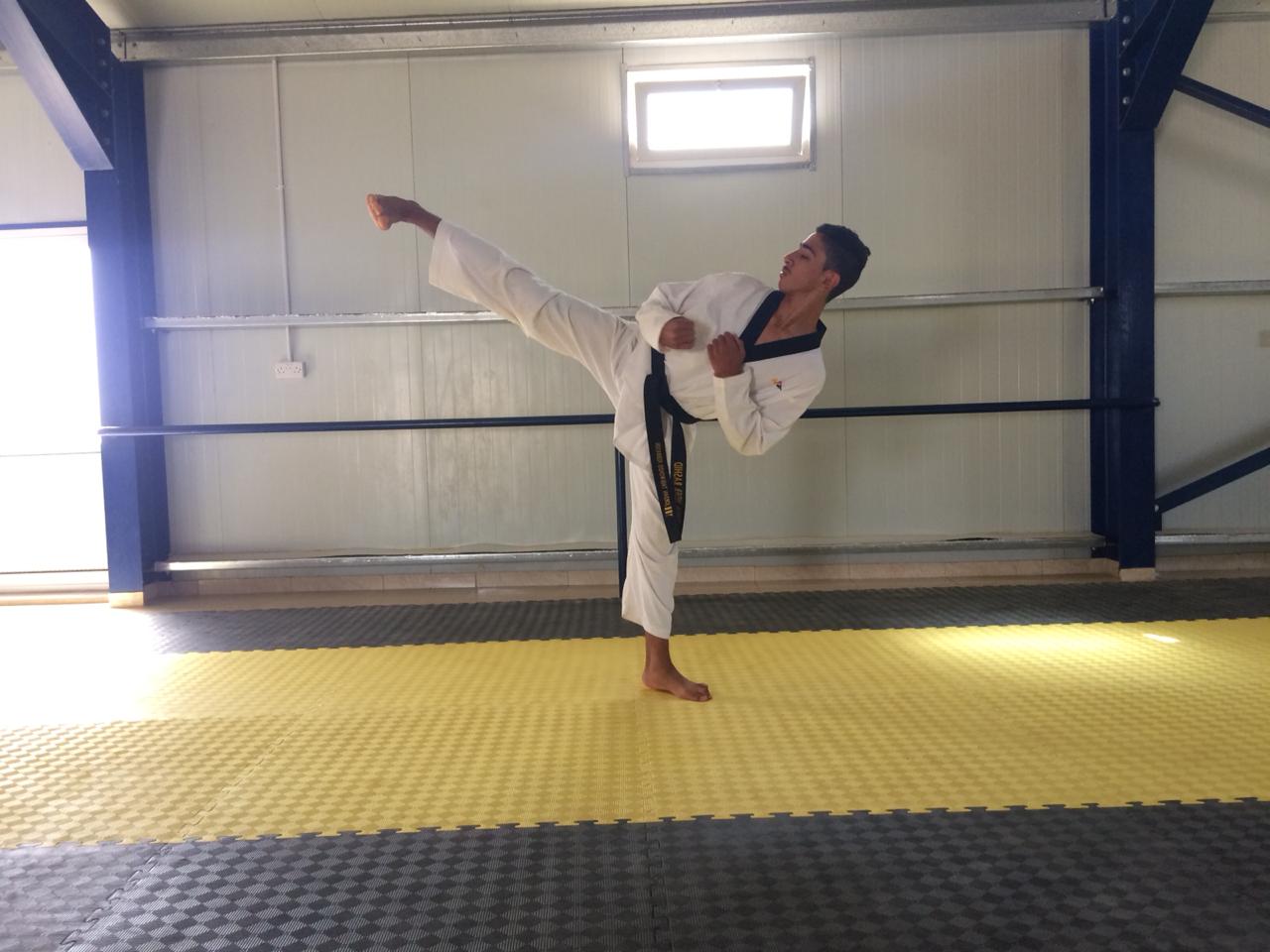 Accompanied by Azraq academy and THF coach Asef Sabah, Yahya was able to pass his 1st-dan black belt test at the Prince Rashed bin El-hassan venue in Amman. He successfully completed the test leaving everyone impressed by his outstanding performance.

Yayha who started participating at the Academy in 2016 told us “I found out about Taekwondo thanks to coach Asef. My family accepted the idea of me participating in THF’s Taekwondo program and with the support of the coach I was able to start training.” Although Yayha struggled at first, as his school grades and studies were an issue which could have jeopardized his training, he was able to pass and continue forward with his Taekwondo journey. 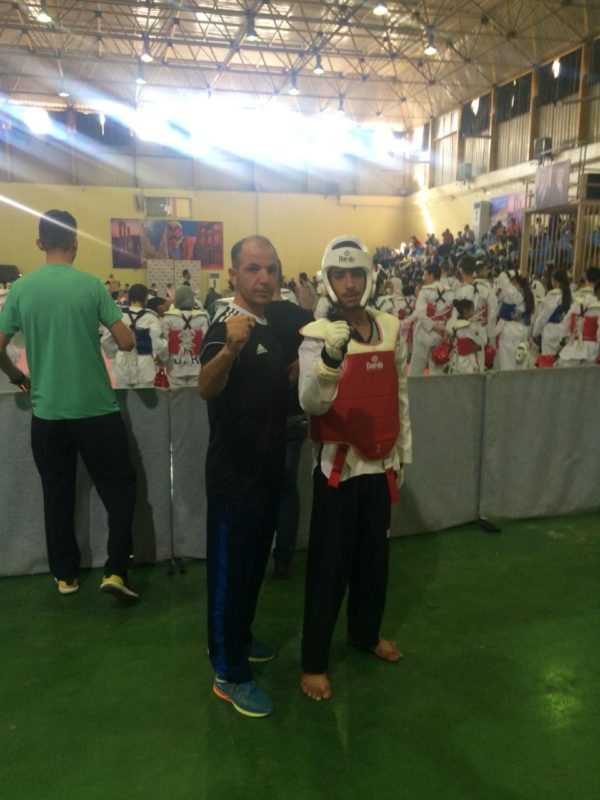 Yayha, who has now been doing Taekwondo for a little over 2 years now, is highly ambitious and not afraid to dream big, “With the help from my coach and family I hope I can one day go to the Olympics” and said he decided to take part in the program to change from an ordinary person to an athlete. 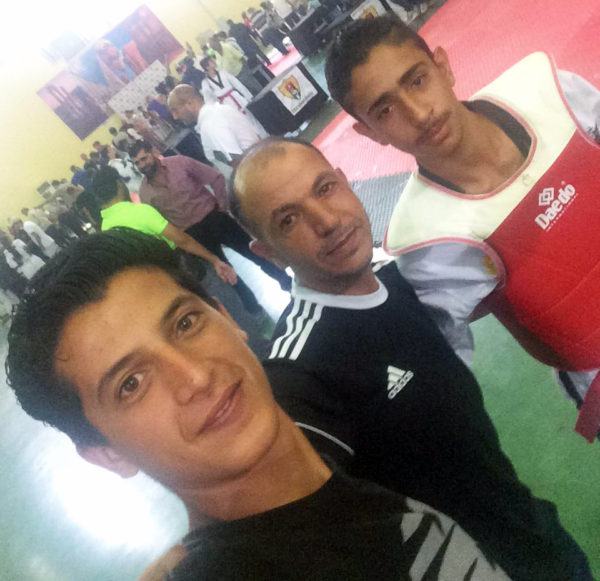 Yahya accompanied by Coach Asef and his friend Wael

In the meanwhile, Yayha and fellow black-belt Wael have already started assisting Coach Asef in the training of other participants of the Academy. 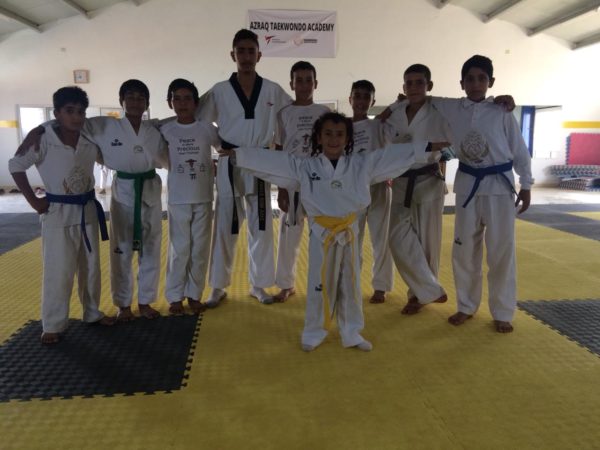 Yayha’s commitment, determination and desire is an inspiration to all.  His achievements represents the potential success for all of THF’s projects throughout the world in the foundation’s goal to provide hope to refugee children and youth.