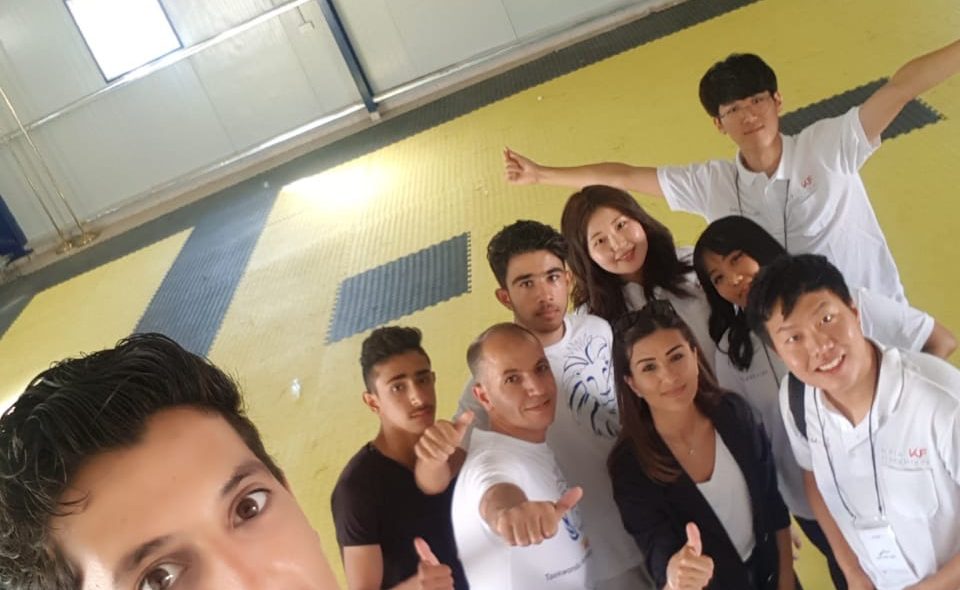 AMMAN, Jordan (September 26th, 2018) – A team of four Korean students majoring in Arabic interpretation and translation at the Hankuk University of Foreign Studies in Korea funded by the Korean Foundation organised a visit to approximately 60 to 70 children aged between 8 and 15, participating at THF’s Azraq Taekwondo Academy.

The cultural experience event was selected as a project by university students for public diplomacy in 2018. The objective of the program was established to enhance the understanding of Korea and promote international friendship and relations through direct communication with foreign citizens.

Through this occasion, the team which goes by the name of Yalla Salam, aimed to promote Korean culture as well as achieving educational effects on the children through an Arabic storybook of Korean culture made by the team themselves. 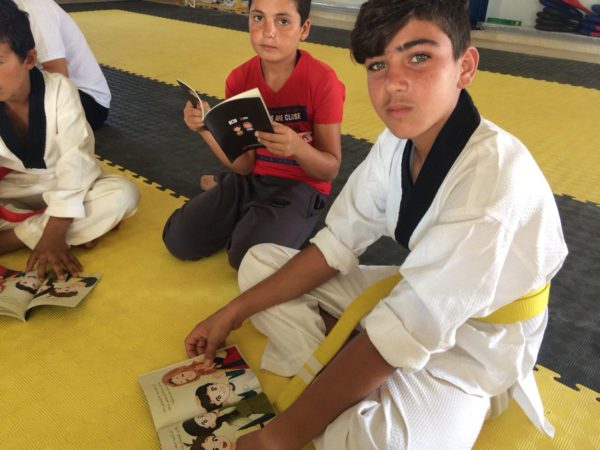 The program that was offered to the children consisted of many playful and entertaining activities:

Firstly, ice-breaking activities with the participants and the visiting team in Arabic. This comprised of games such as face-drawing, a pairing game, and story-telling. 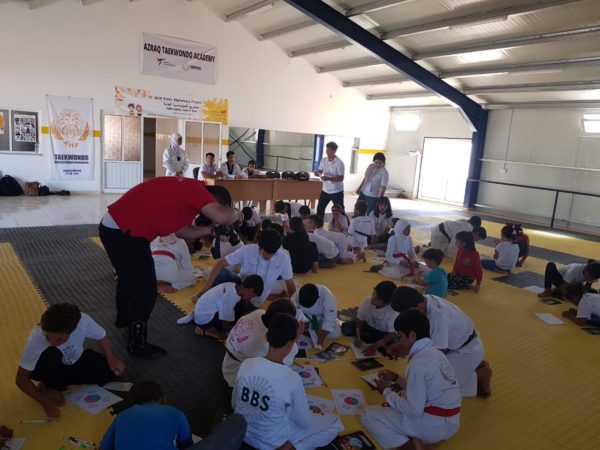 Following a short break, more traditional Korean activities took place in the form of booths where the many children were divided into groups, rotating from booth to booth. 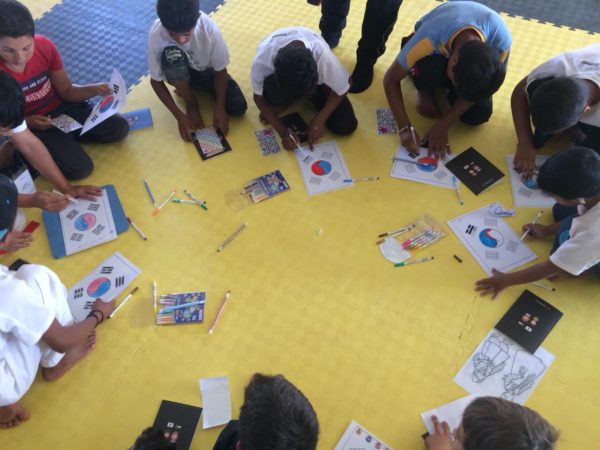 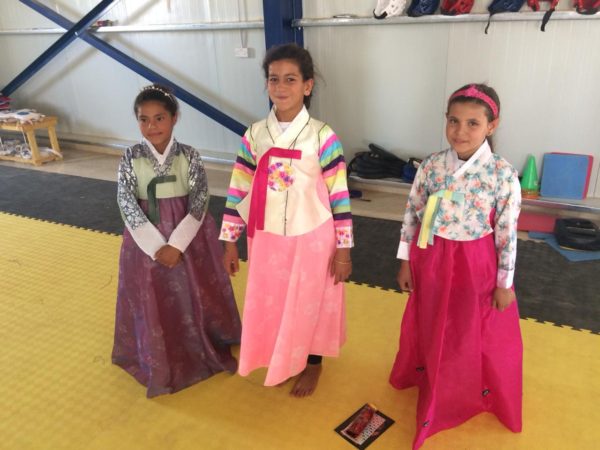 The second booth consisted of a Korean traditional game called Jegichagi, in which players kick a paper Jegi into the air and attempt to keep it aloft. The Jegi was prepared in Korea and provided to the children, to experience the game for the first time. The visiting team then kindly offered a Jegi to each child so that they can continue to play with each other in the future. 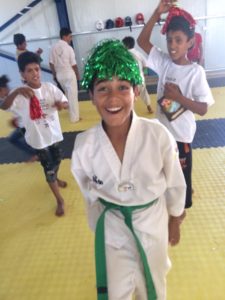 Prior to leaving, the Yalla Salam team generously gifted the participants with many Korean souvenirs and took some last group photos with everyone present.

According to our local Jordanian coordinator, Farah, everybody had a fabulous day and the refugee children and youth really treasured the opportunity to learn more about Korea and its culture.

We would like to give a massive thank you from the Taekwondo Humanitarian Foundation, and from the children who were fortunate to participate and acquire insight and knowledge about Korea as a result of the amazing event organised by the Yalla Salam team of university students.