Jae-hyun Yoo: In Azraq Refugee Camp, the Mission is Empowerment 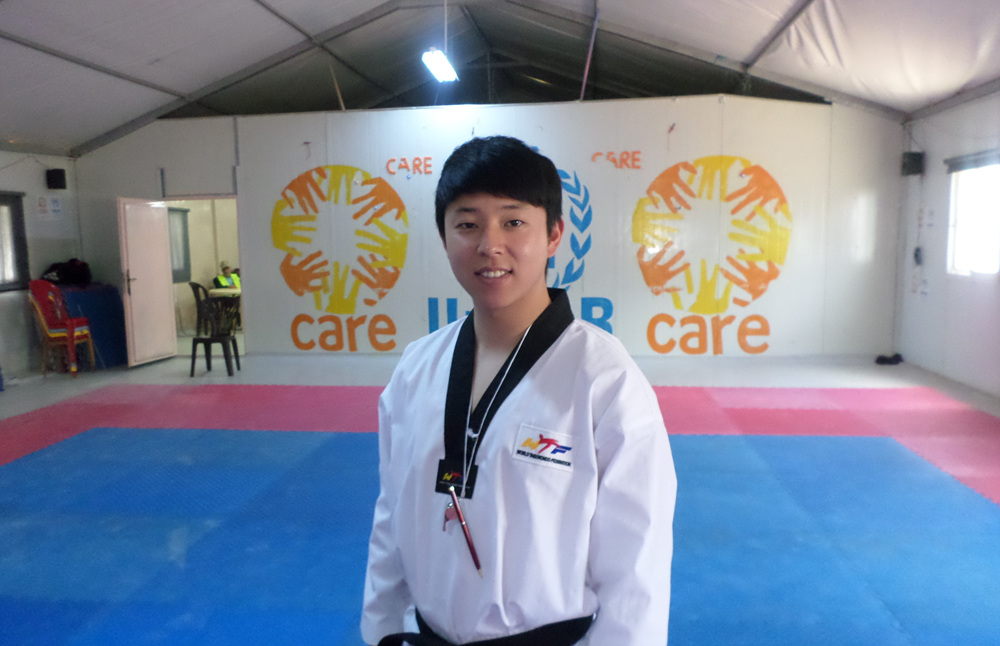 Some taekwondo instructors teach fitness and self-defense in local dojangs. Some teach sportive techniques in schools and universities.  And a select few focus on elite competition methods as they coach local, regional or national teams.

Jae-hyun Yoo, however, has taken a different path.

“In my opinion, the most important element for my students is self-confidence,” said the 26-year-old Korean fourth dan black belt, who currently teaches at the Azraq Refugee Camp Taekwondo Academy in Jordan, alongside a local Jordanian coach.

Yoo’s current mission is not unusual for him: He has consistently been out of the mainstream of taekwondo teaching.

A practitioner of the sport since age five, he taught taekwondo in Korea, then volunteered for the WTF’s Taekwondo Peace Corps, which deploys instructors to developing nations worldwide.

“First of all, my dream was spreading taekwondo across the world,” he said. “Through the Taekwondo Peace Corps, I had the chance to teach kids in Rwanda, and I found those kinds of activities very meaningful.”

Yoo’s previous experience was just what the WTF’s World Taekwondo Cares Program (WTCP) and the associated Taekwondo Humanitarian Foundation (THF) were looking for when they were seeking instructors to teach Syrian refugees in Azraq – the THF’s first full-time, permanent program.

“When I heard about ongoing distresses among refugees in the region, I was concerned about the refugee children and wanted to provide hopes and vision in their lives through taekwondo,” he said. He applied for the position, was accepted, and was dispatched to Jordan.

Although he had been worried about the turbulent political situation in the Middle East, his first experience of Jordan was “better than my expectations.” Azraq Refugee Camp, however, was less promising. With international agencies established there, “people seemed to be living well,” but when it came anything other than basic living facilities, “there was nothing,” he said. “When I first met my students, the necessary education was not being provided to them at all.”

He and his Jordanian co-instructor began teaching a range of activities under the banner of the taekwondo program. 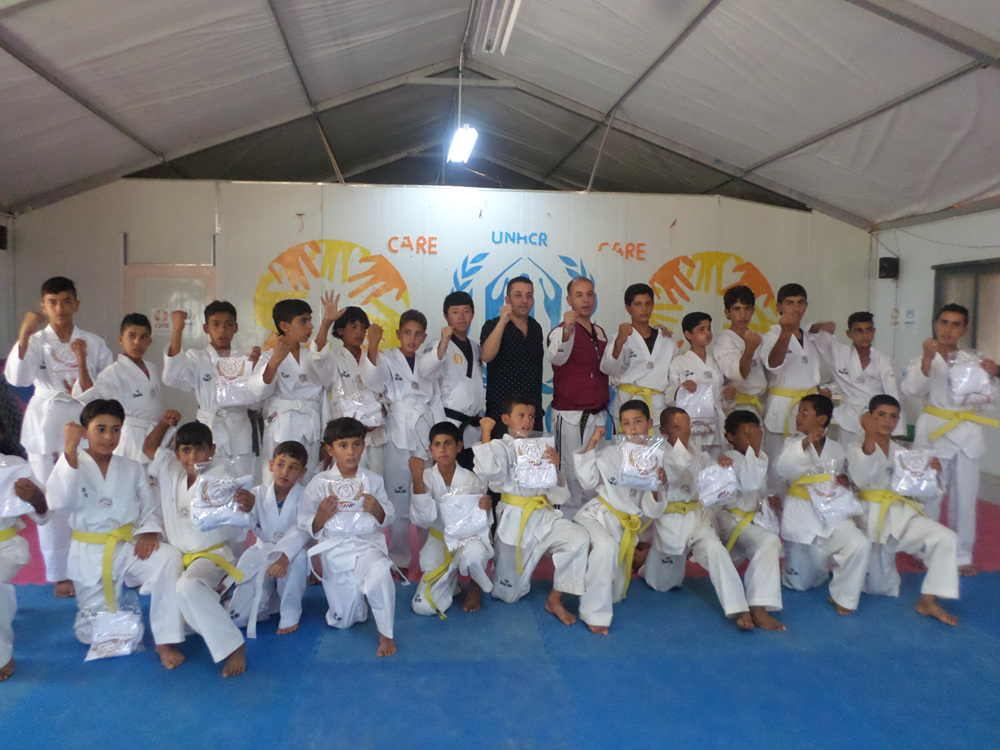 “I wanted to provide various opportunities for them to learn and experience through taekwondo, hoping that through taekwondo they will have hopes and dreams,” he said. “So I made many activities like demonstrations, promotion tests, competitions, marathon races, etc.”

The training, Yoo reckons, gives the students a “sense of belonging as a team” as well as such beneficial skills as self-defense.

Collateral benefits have also begun to manifest themselves. “They have started to have dreams and to put an effort into achieving their dreams,” he said. “Just looking at the positive changes that took place in my students, made me feel great.”

The two coaches currently teach 90 children (60 boys, 30 girls) in the physical structure funded by the WTCP and THF.

Looking forward, Yoo said would like to expand the academy to accommodate more students in the camp, give the children experience of competition, and help them earn their black belts. Asked how long he plans to stay, he said, “As long as possible.” And after he eventually departs Azraq, he will continue his mission. “I want to teach underprivileged children in other countries, as well,” he said.

While teaching children in developing nations and refugee camps may not be a conventional career path for a professional taekwondo instructor, for Yoo, the benefits have been received as well as given.

“It is not only the students who learned,” he said. “Also, I learned a lot.”